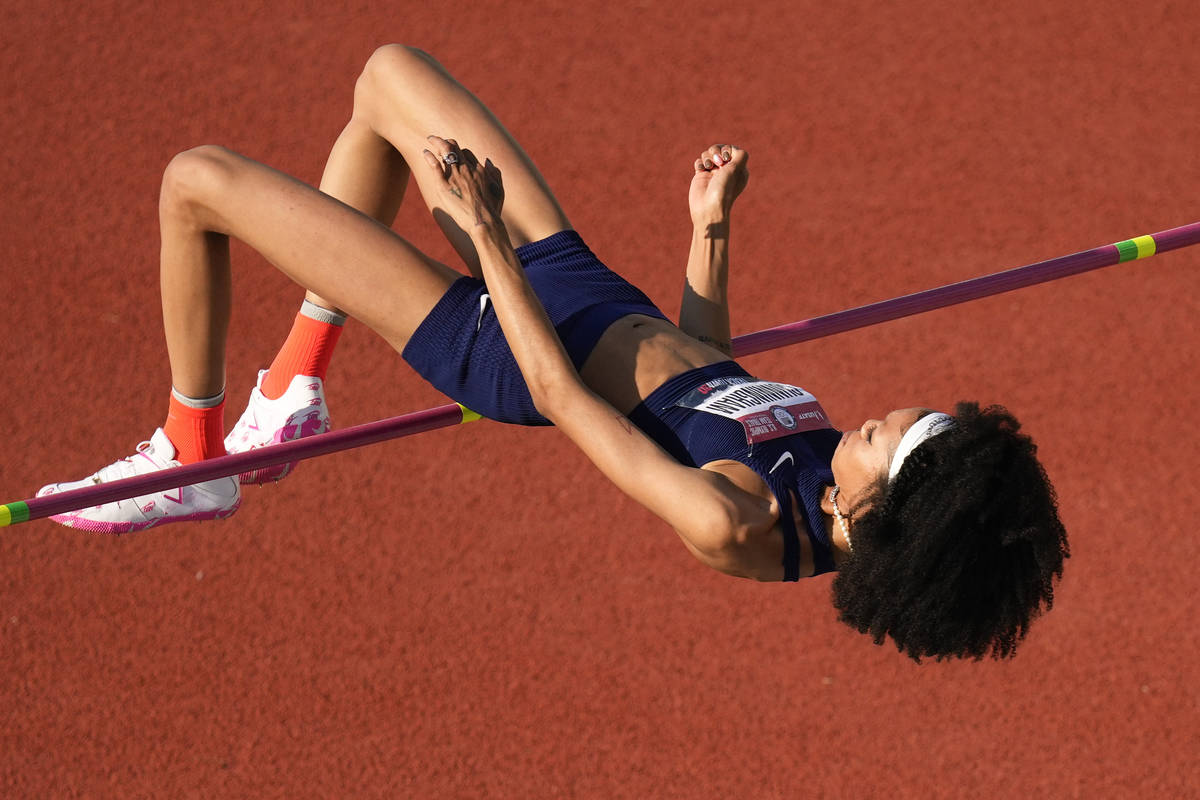 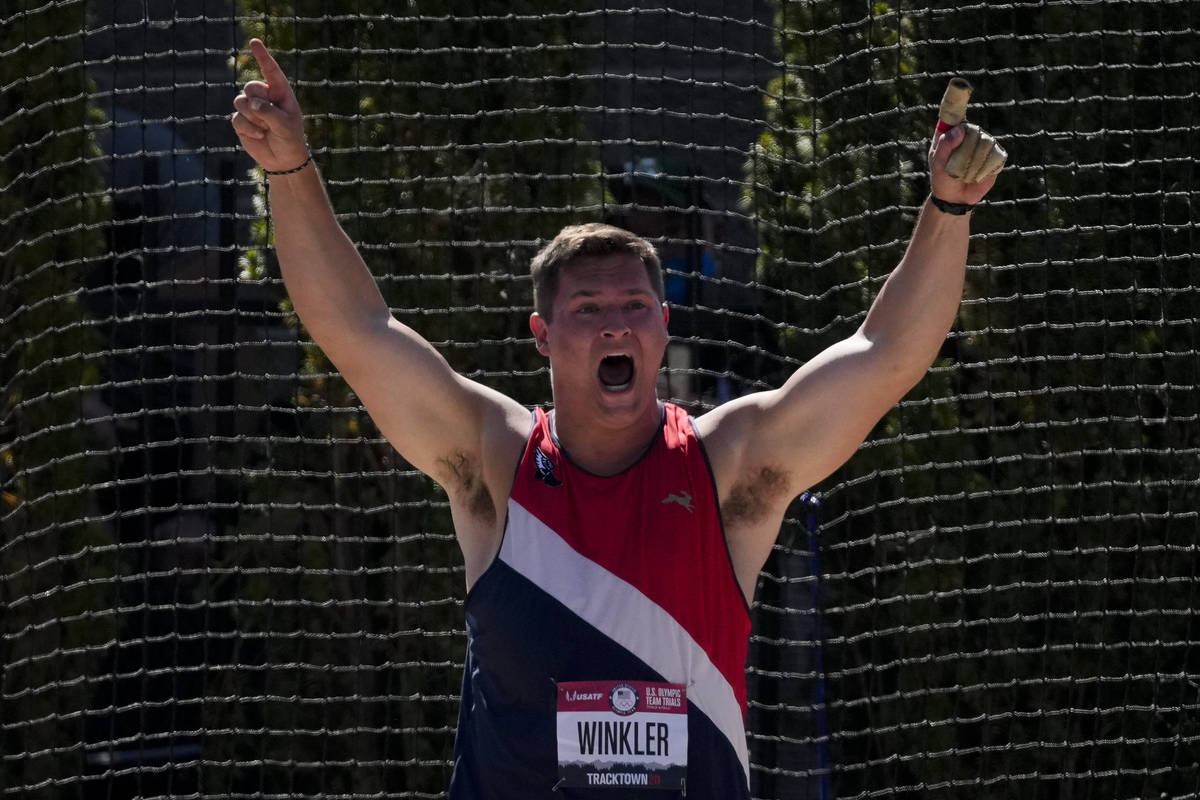 Rudy Winkler reacts after setting an American record during the finals of the men's hammer throw event at the U.S. Olympic Track and Field Trials Sunday, June 20, 2021, in Eugene, Ore. (AP Photo/Ashley Landis) 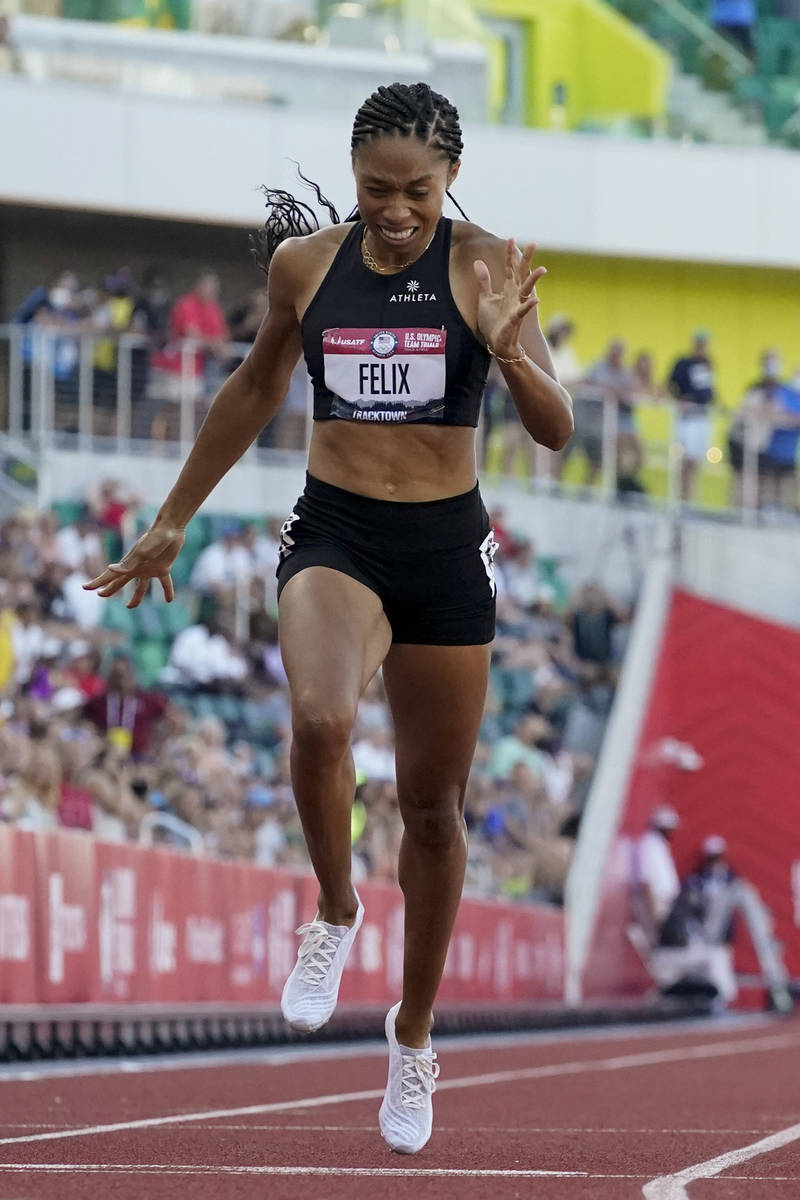 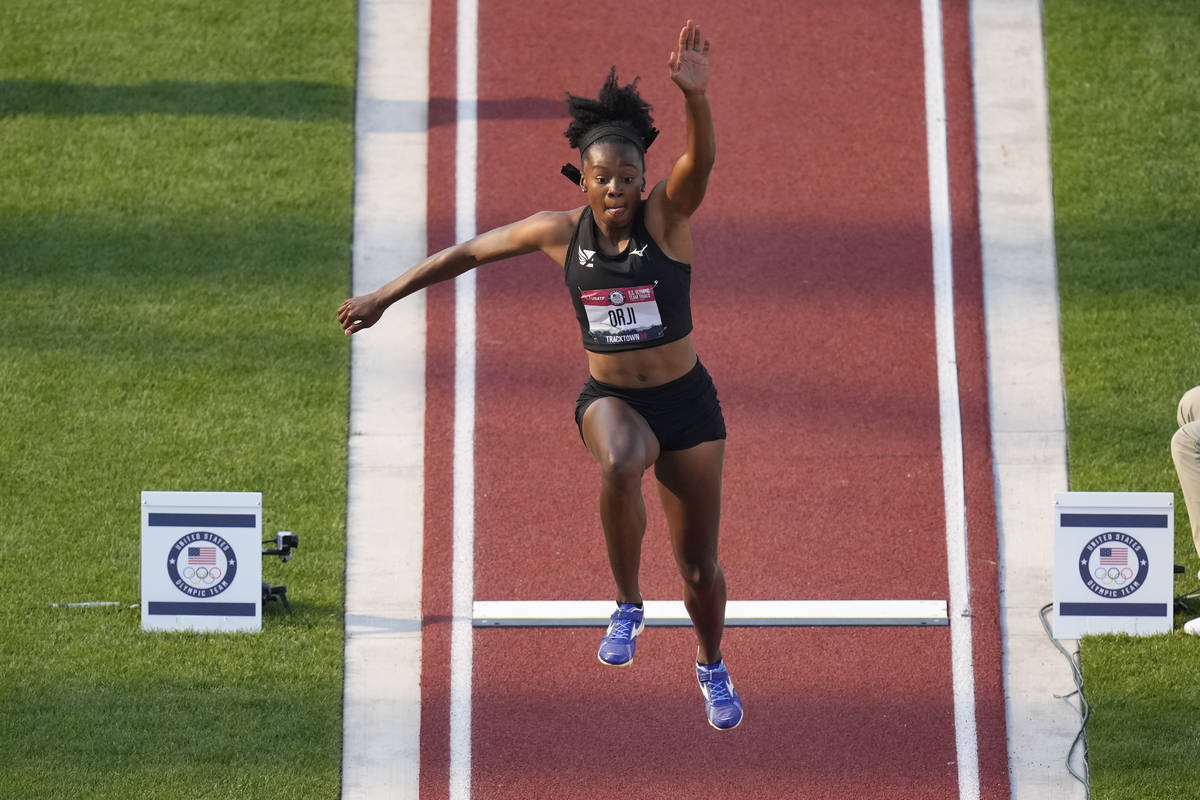 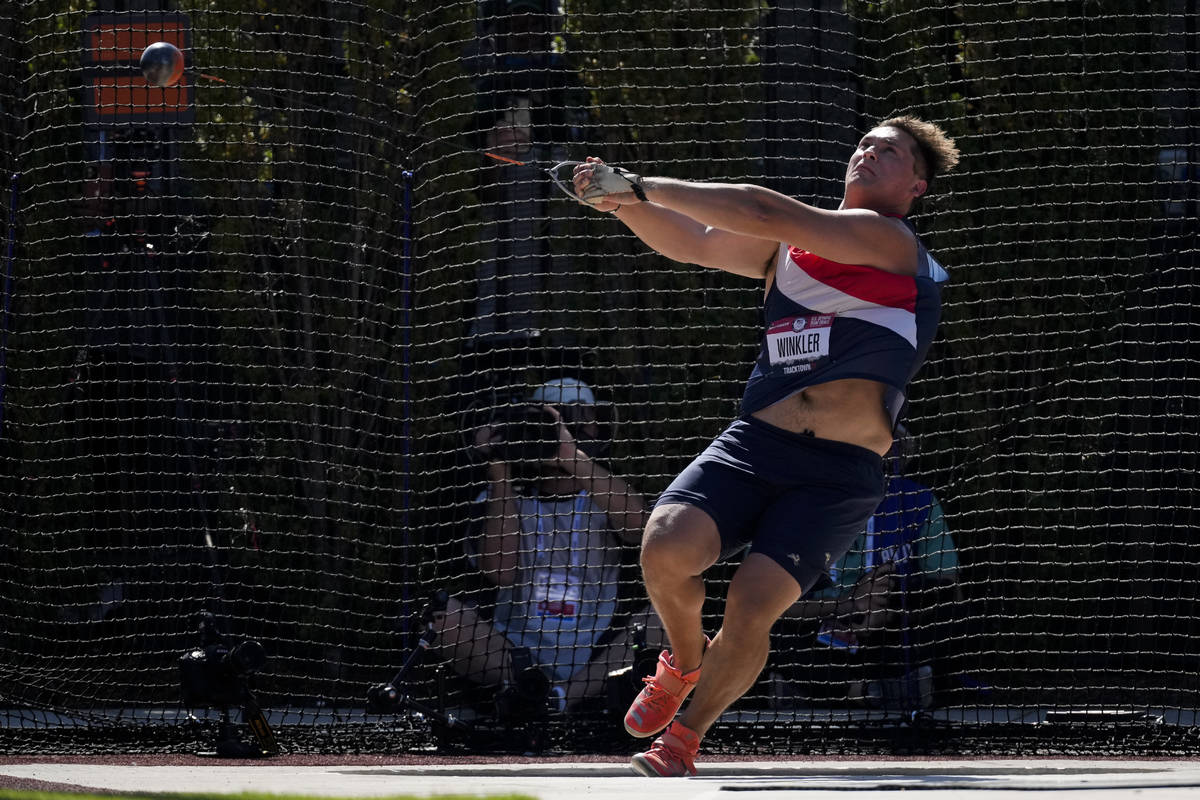 Vashti Cunningham earned a spot in the Tokyo Games by winning the high jump.

Inika McPherson and Nicole Greene finished behind Cunningham. Neither McPherson nor Greene has reached the Olympic standard yet. Rachel McCoy finished fourth and has the standard.

The 23-year-old Cunningham made the team for Rio in 2016 as the youngest American female athlete to make the Games since 1980 and finished in 13th place. She captured the bronze medal at the 2019 world championships in Doha, Qatar.

McPherson also made the squad for Rio, where the 34-year-old finished 10th.

Cunningham, 23, entered the trials as the woman to beat.

She had a jump of 6-7½ in May at the Chula Vista (California) Field Festival, the top mark in the world this year. Only three other American women have ever surpassed that height.

Expectations are nothing new for Cunningham, who served notice while at Bishop Gorman High School she was a potential future gold medalist. She was the nation’s top-ranked high school high jumper in 2015.

Coached by her father, a former NFL and UNLV star quarterback, Cunningham turned pro in 2016 and signed with Nike. Cunningham had considered attending Georgia, Oregon or Southern California.

“We have everything we need,” Randall Cunningham told the Review-Journal in January. 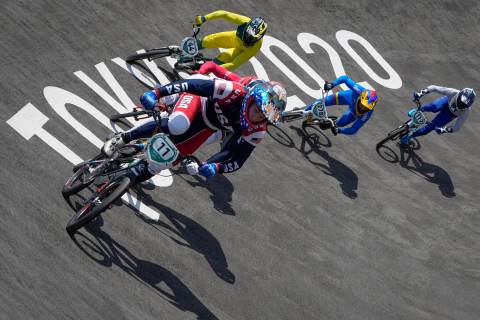 Connor Fields, who won gold in this event in 2016 in Rio de Janeiro, was injured during a BMX qualifying heat. His was being evaluated for a concussion, according to his dad, Mike. 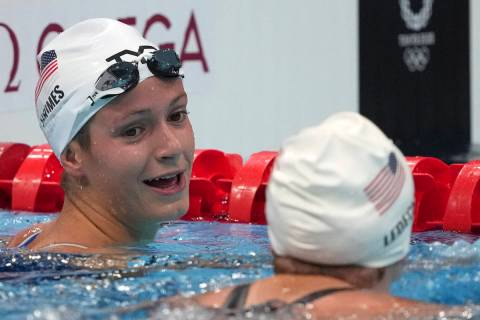 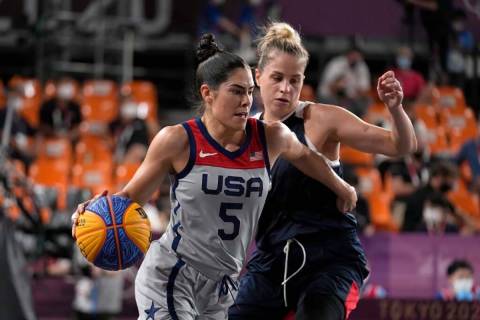 Kelsey Plum led all scorers in this tournament. She finished with 55 points over the course of the five-day event. 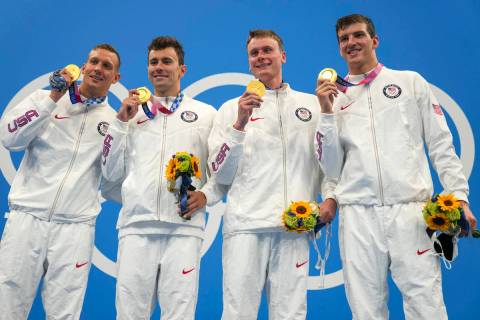 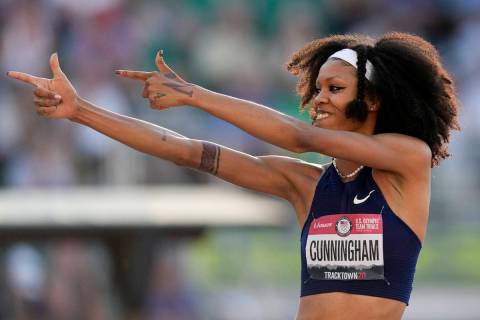 Vashti Cunningham won the high jump at the U.S. trials in June and is looking to become the first American woman to win Olympic gold in the event since 1988. 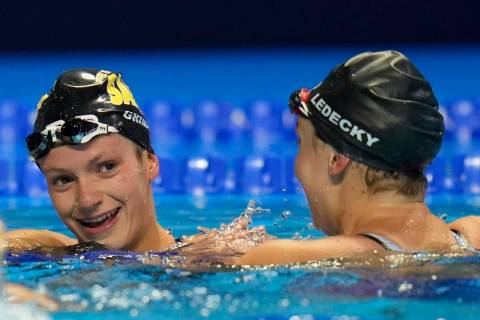 Katie Grimes wasn’t expected to qualify for this year’s Olympic Games, but was the surprise at the Trials after cutting 22 seconds off her time in the 800-meter freestyle.