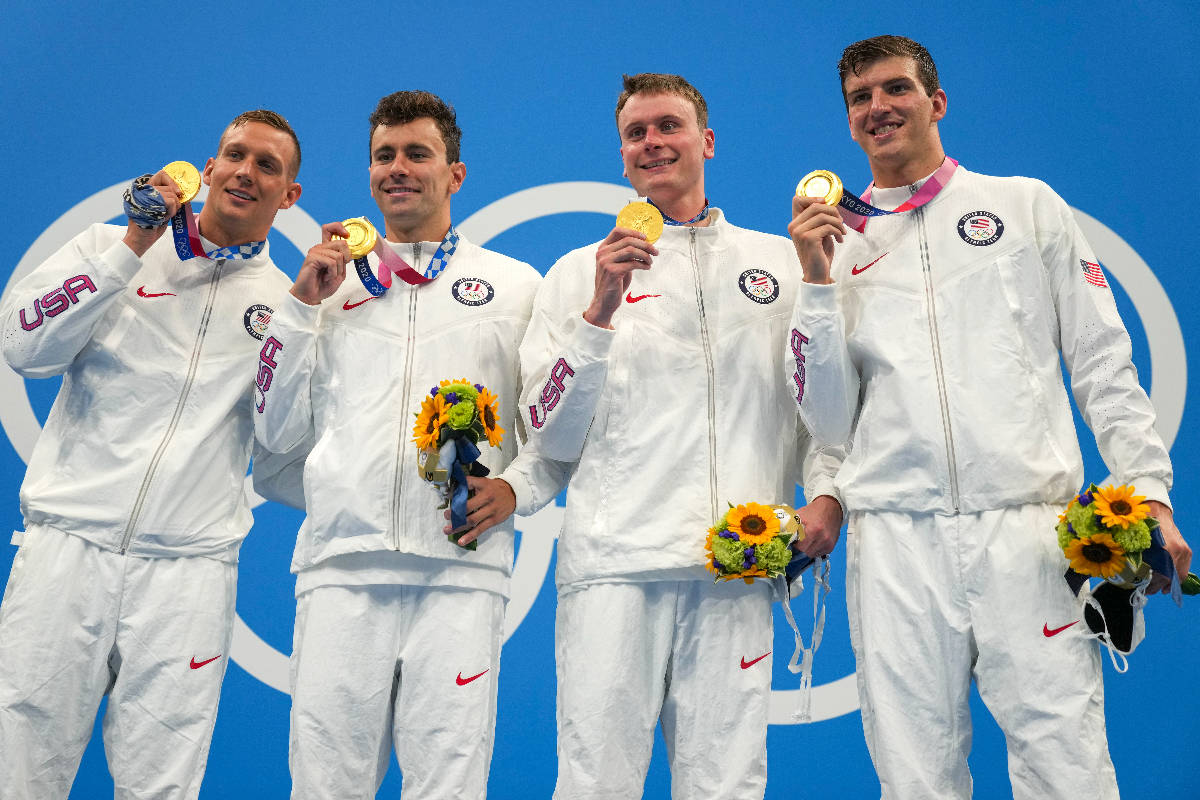 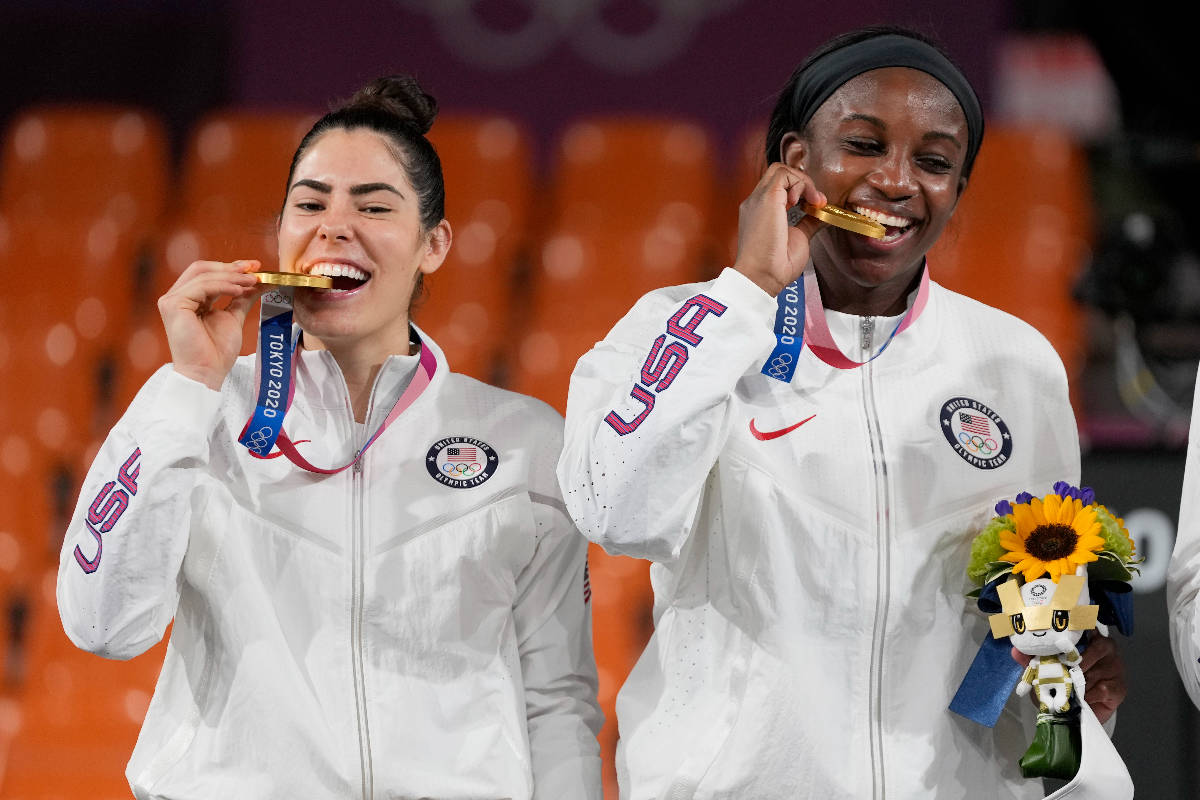 Members of team United States Kelsey Plum, left, and Jackie Young pose with their gold medals during the awards ceremony for women's 3-on-3 basketball at the 2020 Summer Olympics, Wednesday, July 28, 2021, in Tokyo, Japan. (AP Photo/Jeff Roberson) 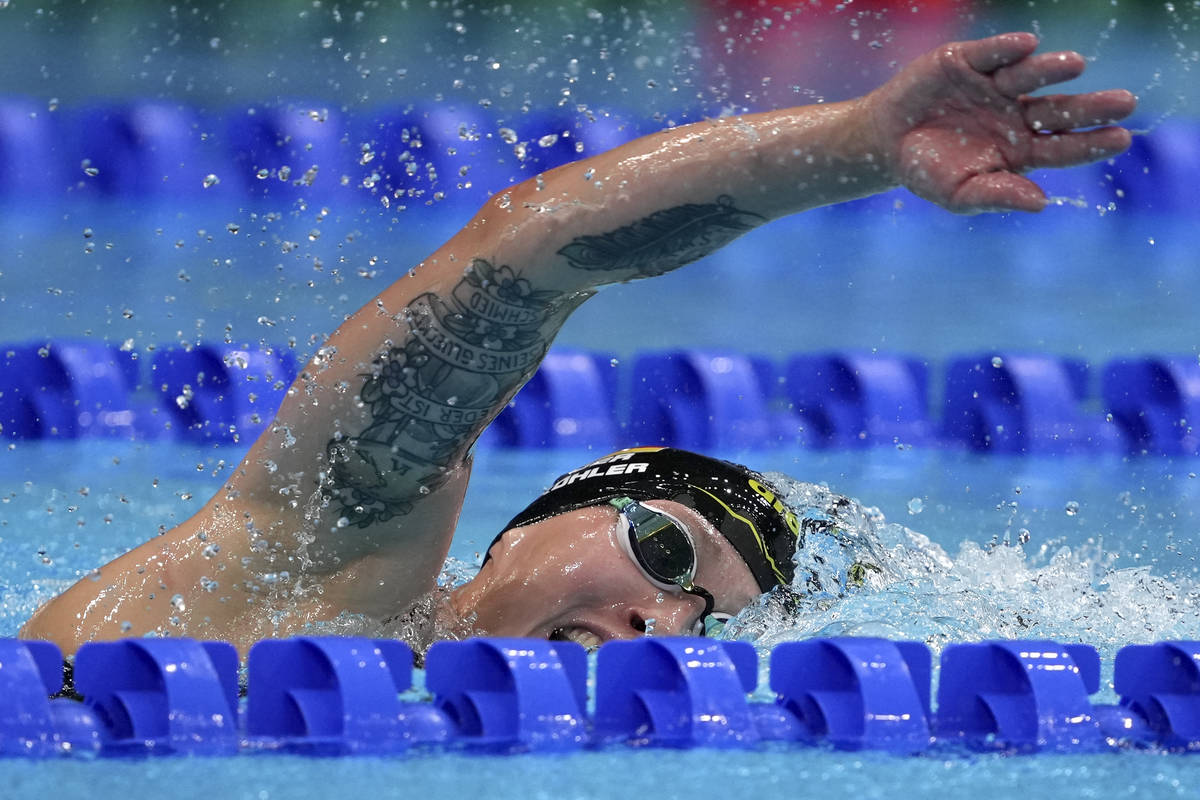 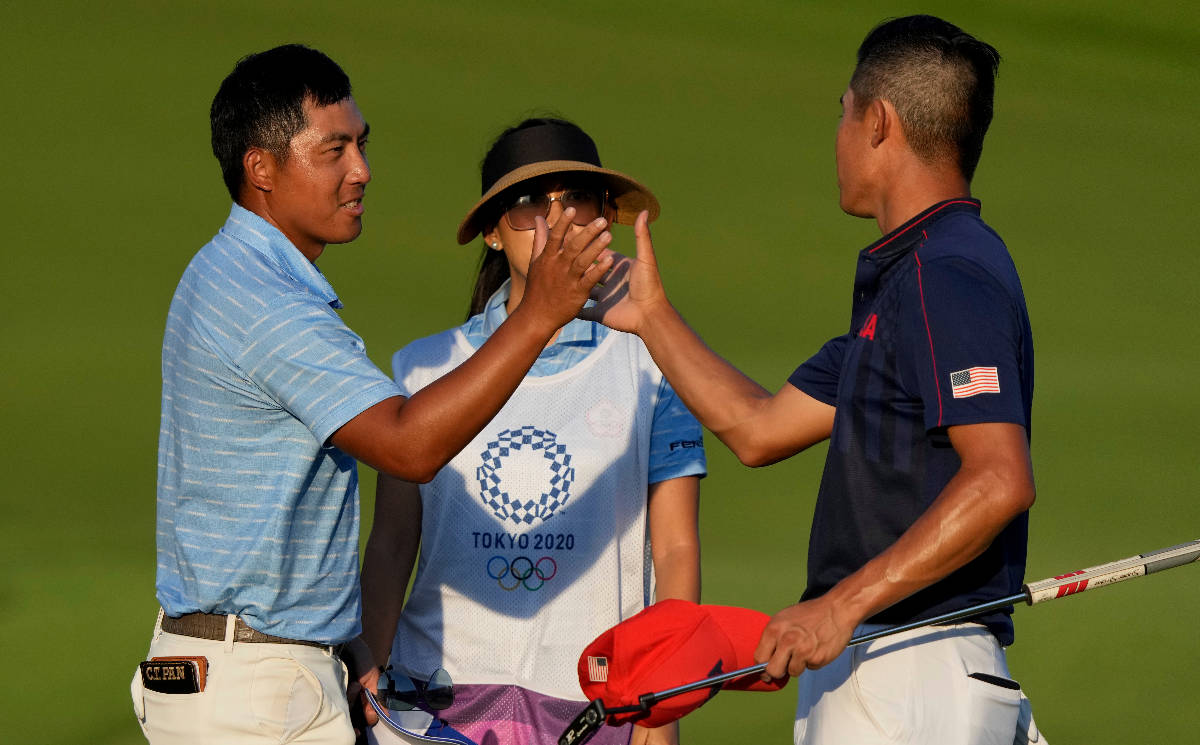 Cheng Pan of Taiwan, left, is congratulated by Collin Morikawa of the United States after winning the bronze medal during the final round of the men's golf event at the 2020 Summer Olympics on Sunday, Aug. 1, 2021, in Kawagoe, Japan. (AP Photo/Andy Wong) 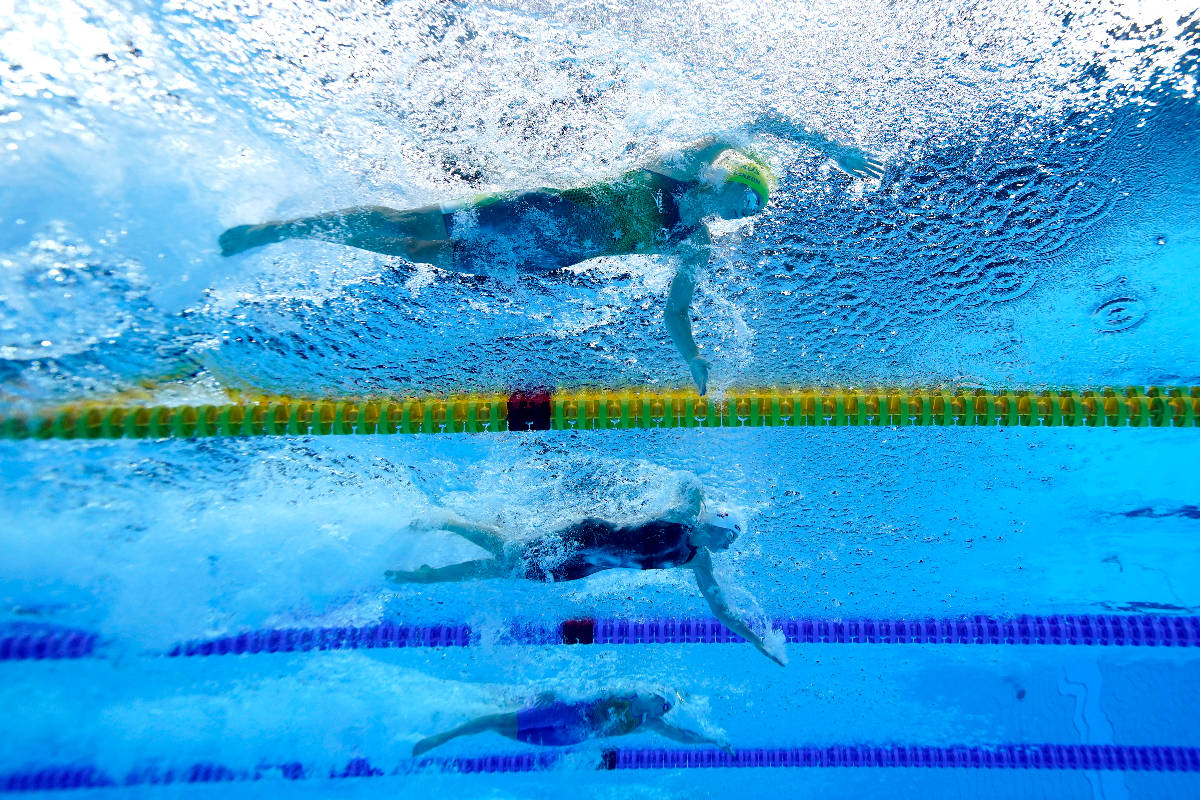 The Tokyo Olympics were delayed a year, but for many with Las Vegas ties, the timing was just right.

They made a major impact in the Games, from the Sandpipers of Nevada winning three swimming medals to four Aces players bringing home gold in two events.

The Sandpipers lived up to the pre-Olympics hype, with Bowe Becker claiming a gold medal and Erica Sullivan and Bella Sims each taking silver. Then there was 15-year-old Katie Grimes coming close with a fourth-place finish.

Sullivan heads to Texas, and Becker was an All-American at Minnesota. Sims, 16, and Grimes return to the Sandpipers with the 2024 Games in Paris in their sights.

“We had known they had a chance to make the (Olympic) team, but even better, they made the best of it,” Sandpipers coach Ron Aitken said in a text message. “The future is bright for both of them, and I look forward to carving out a plan for them over the next 3 years.

“2024 is only three years away, and there is a lot of momentum in the program and can’t want to see who will be next!”

Here is a look at the most notable performances:

Performance: He swam the third leg of the 4×100-meter relay, extending the U.S. lead and helping the Americans repeat the gold won five years earlier in Rio de Janeiro. The time of 3 minutes, 8.97 seconds was the third fastest in history.

Performance: She was the backup point guard to Sue Bird, averaging 7.3 points and 3.2 assists in six games. As she does with the Aces, Gray masterfully and efficiently ran the U.S. offense.

Performance: Plum led the U.S. team with 55 points in nine games in an event making its Olympic debut. She scored five points in the gold medal game, an 18-15 victory over the Russian Olympic Committee.

Performance: Two key putts helped Schauffele walk away with the gold. He shot 4-under 67 in the final round to finish at 18 under, edging Slovakia’s Rory Sabbatini — who closed with a 61 — by one shot.

Performance: Wilson asserted herself as the leader of the undefeated team, averaging 16.5 points, 7.0 rebounds and 1.8 blocked shots in six games. She led the U.S. in scoring.

Performance: Young was a late addition and made the most of her opportunity, playing outstanding defense during the Americans’ run. She scored 18 points in nine games.

Performance: She was part of the 4×200-meter freestyle relay team that qualified for the final. Katie Ledecky replaced Sims in the final and helped set an American record with a time of 7 minutes, 40.73 seconds, earning Sims the silver.

Performance: Cunningham tied for sixth in the high jump, clearing a height of 1.96 meters (6 feet, 4.3 inches).

Performance: The 15-year-old, the surprise of the U.S. Olympic Trials, just missed out on a medal with a fourth-place finish in the 800-meter freestyle at 8 minutes, 19.38 seconds.

Performance: He closed strong with an 8-under 63 to get into a seven-way playoff for bronze. Morikawa became one of the last two standing, but lost to Chinese Taipei’s CT Pan.

Performance: Wasick qualified for the final and finished fifth in 24.32 seconds, missing out on a medal by .11.