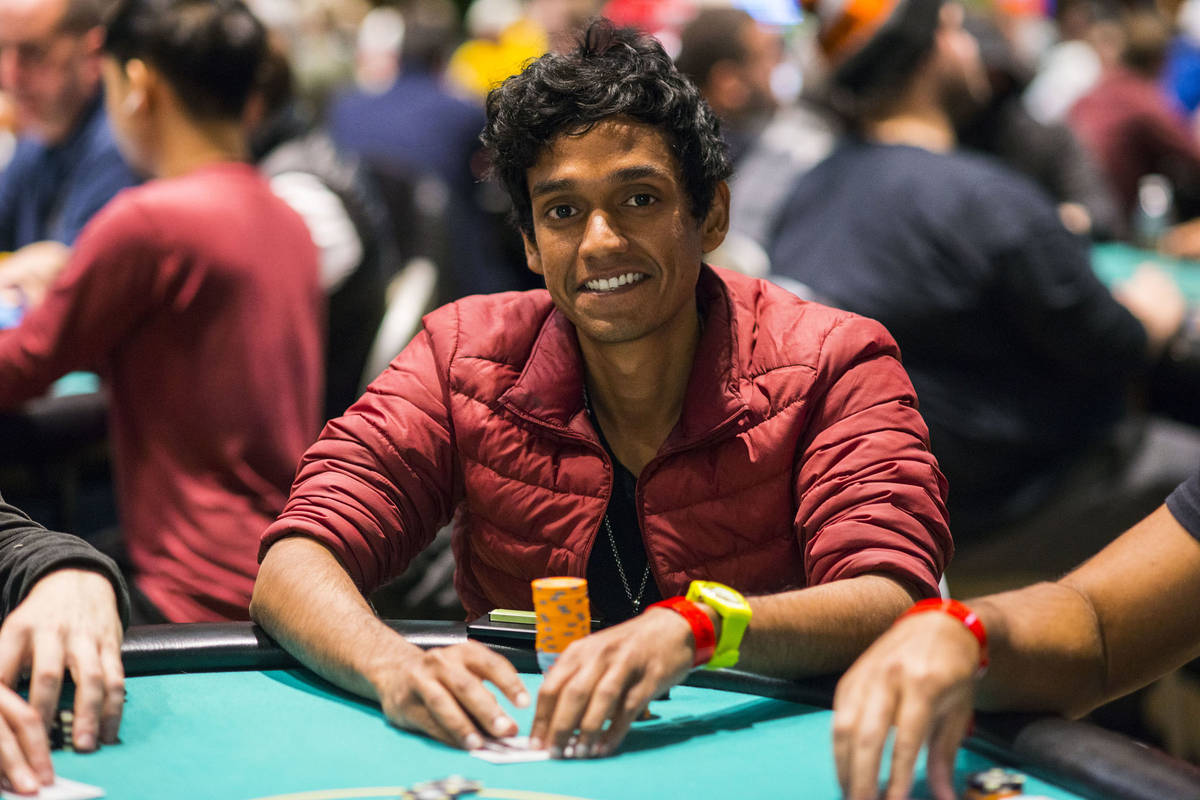 Three-time World Series of Poker bracelet winner Upeshka De Silva leads the field after the first day of the U.S. portion of the WSOP Main Event on Sunday.

De Silva (screen name: gomezhamburg) finished with more than 1.9 million chips, tops among the 71 players who survived. They will play down to the final table of nine Monday online on WSOP.com.

A total of 705 players entered the U.S. portion of the Main Event, the $10,000 buy-in No-limit Hold’em World Championship that is televised annually on ESPN. The international portion attracted 674 players for a total field of 1,379.

The tournament is being held in a hybrid online/live format this year because of the coronavirus pandemic.

Because of U.S. online poker laws, the world cannot play online together. That forced the WSOP to divide the Main Event into two separate tournaments, one for U.S. players on WSOP.com and one for international players on GGPoker. (U.S. players had to be physically located in Nevada or New Jersey to play, but they didn’t have to be residents.)

The U.S. and international winners will then play heads-up Dec. 30 at the Rio to crown the Main Event champion.

The U.S. and international tournaments have separate prize pools, but first prize in each is about $1.55 million. The heads-up match will be played for an additional $1 million.

The U.S. portion’s total prize pool of $6.768 million set a record for a regulated U.S. online poker site, the WSOP said in a release.

The total number of entrants is a sharp decline from recent years. Germany’s Hossein Ensan won the title last year, topping a field of 8,569 to claim the $10 million first-place prize.

However, this year’s field still exceeds any Main Event field from 2003 or earlier.

“It’s a great result so far,” WSOP executive director Ty Stewart said in the release. “I think considering the circumstances, 1,379 players is a strong field size that can stand up to the history of the event. It’s also an important milestone for regulated online poker. Can’t wait to see who will win this world championship bracelet.”