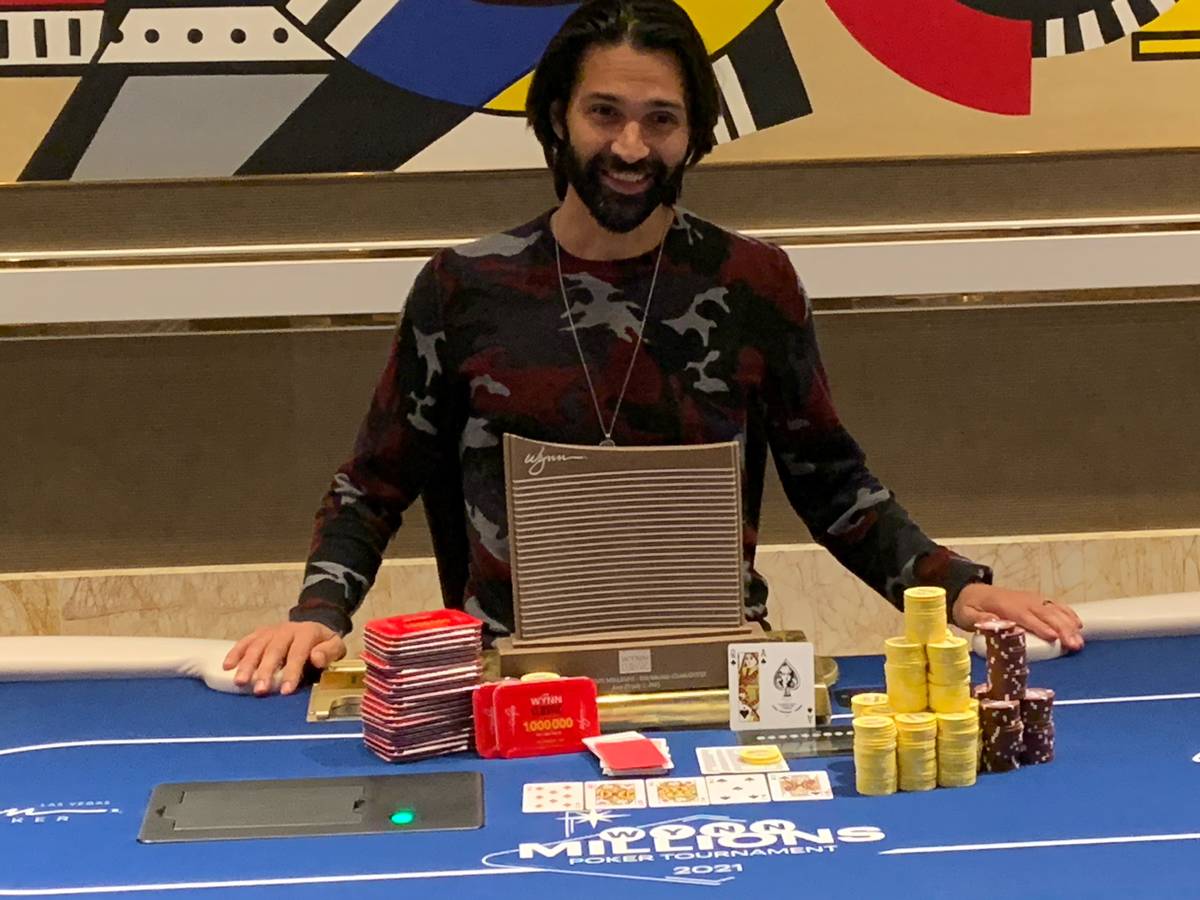 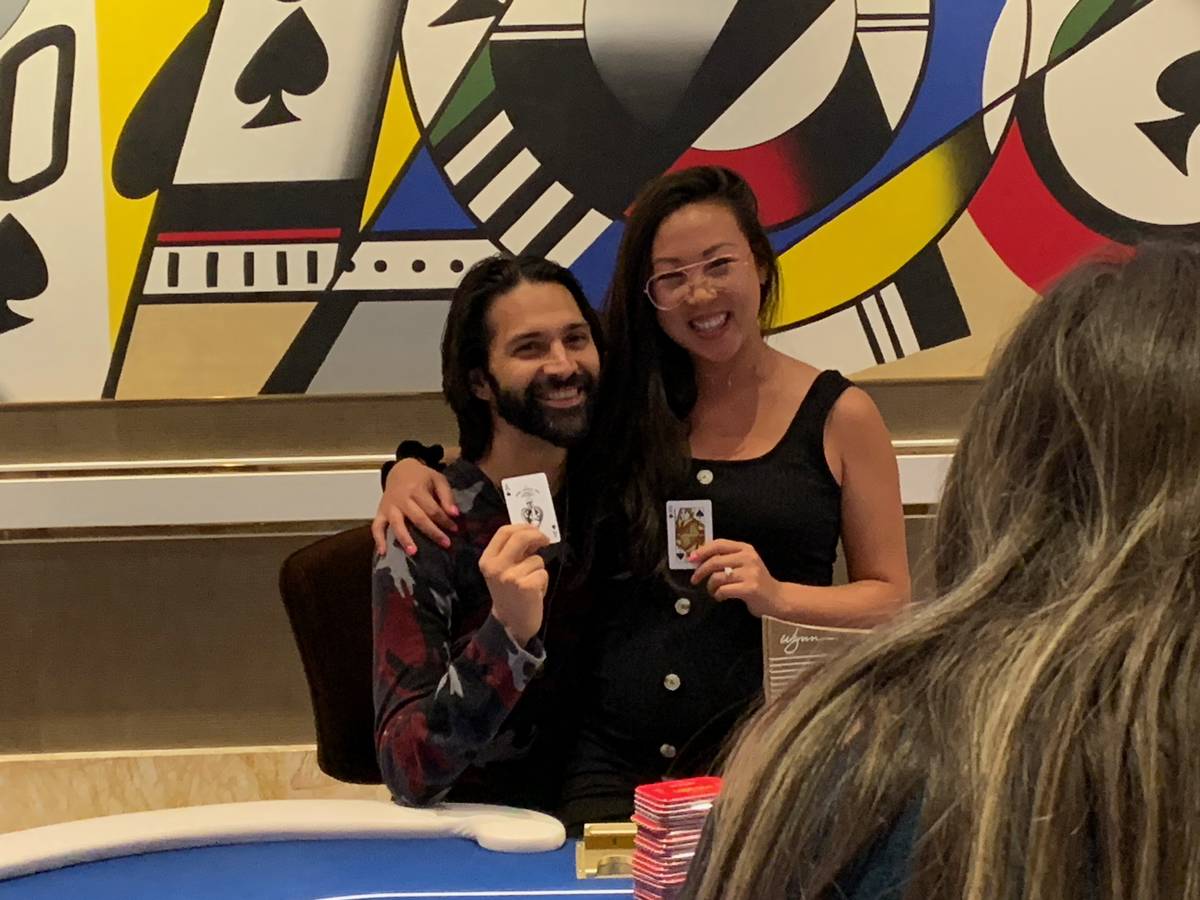 Andrew Moreno with his wife, Kristy, after winning the Wynn Millions on Saturday, July 3, 2021, at the Wynn poker room. (Jim Barnes/Las Vegas Review-Journal) 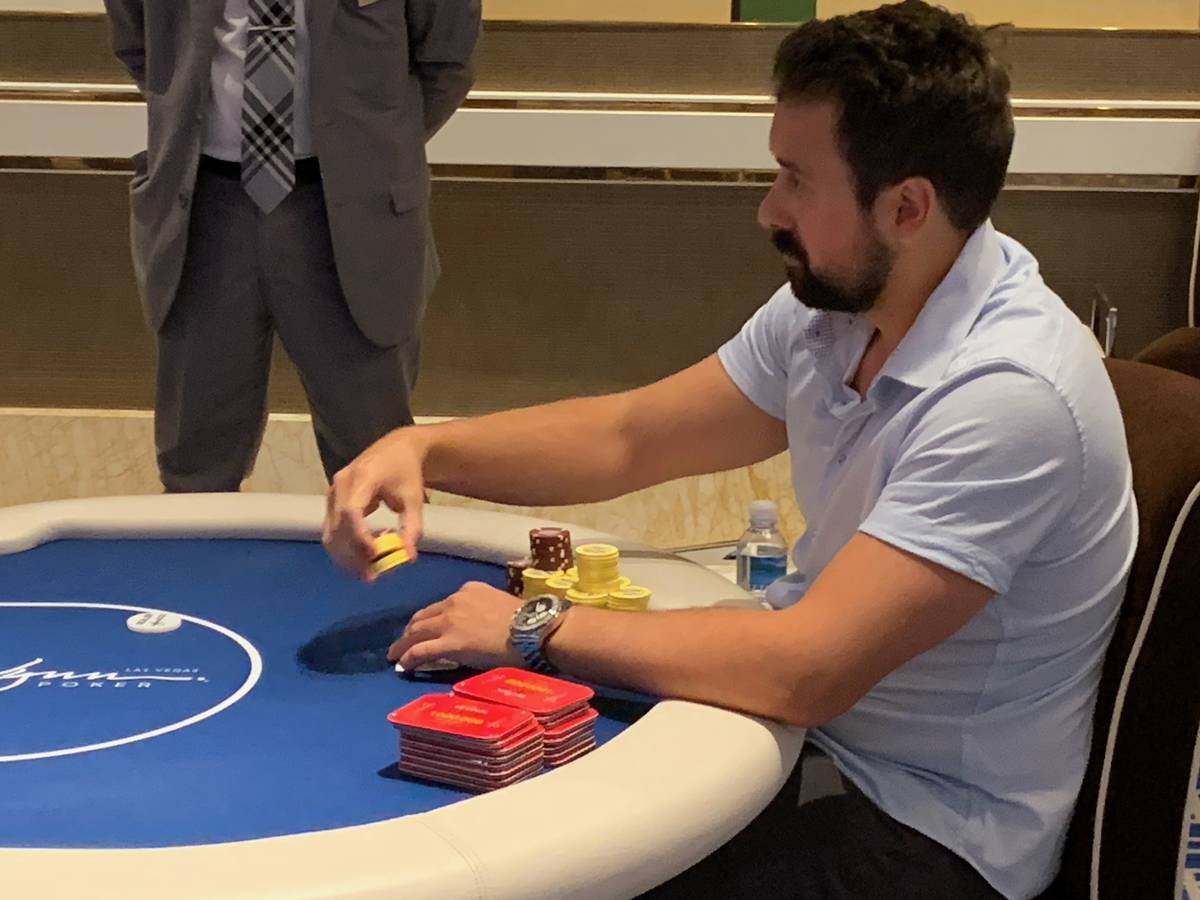 Clayton Maguire plays at the final table of the Wynn Millions on Saturday, July 3, 2021, at the Wynn poker room. (Jim Barnes/Las Vegas Review-Journal) 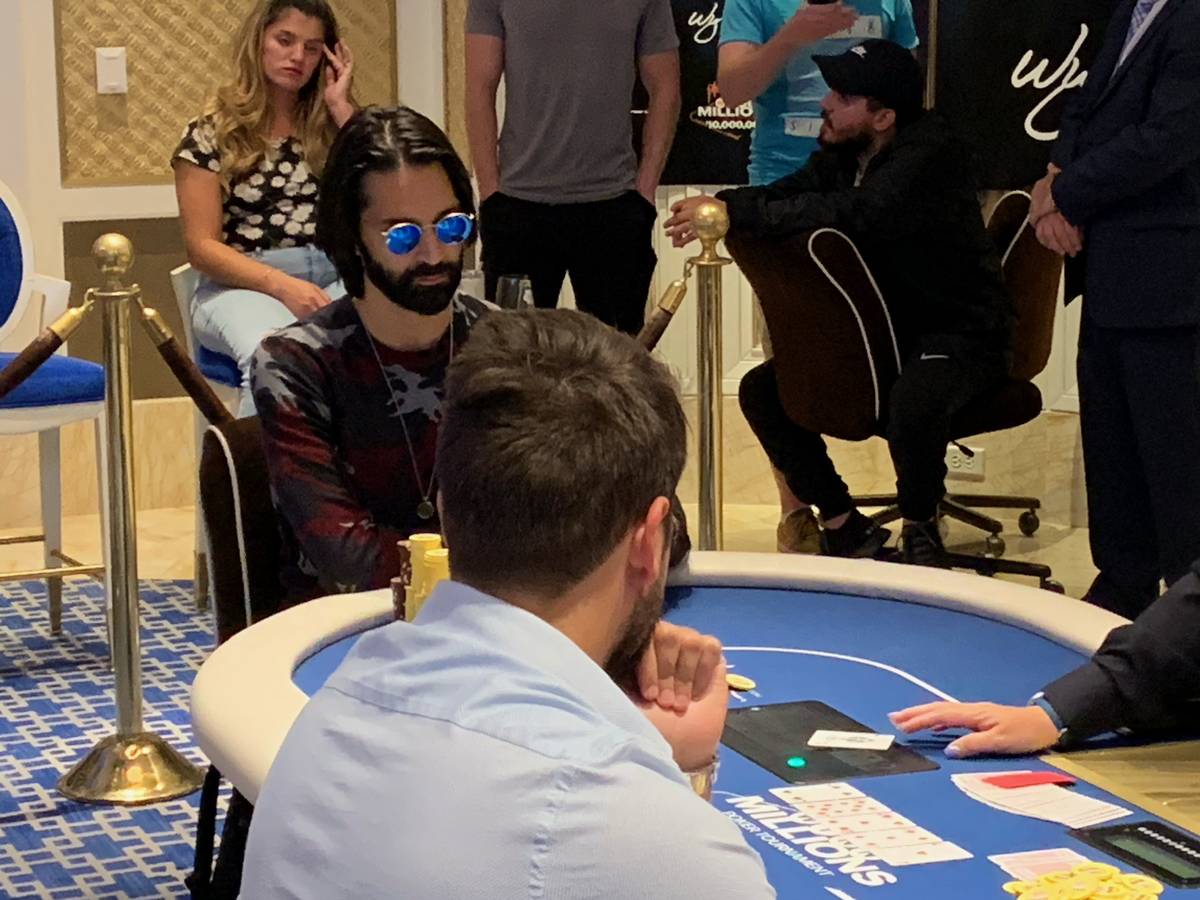 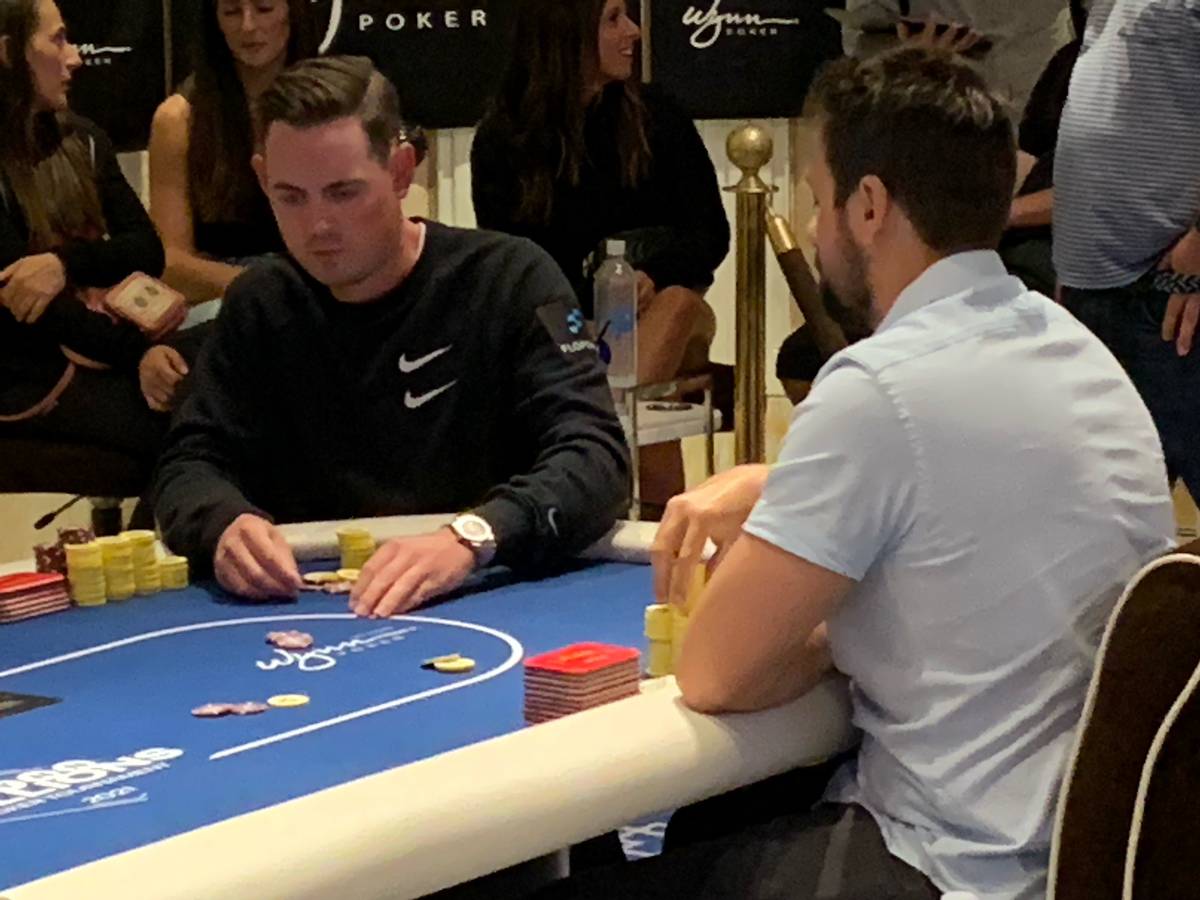 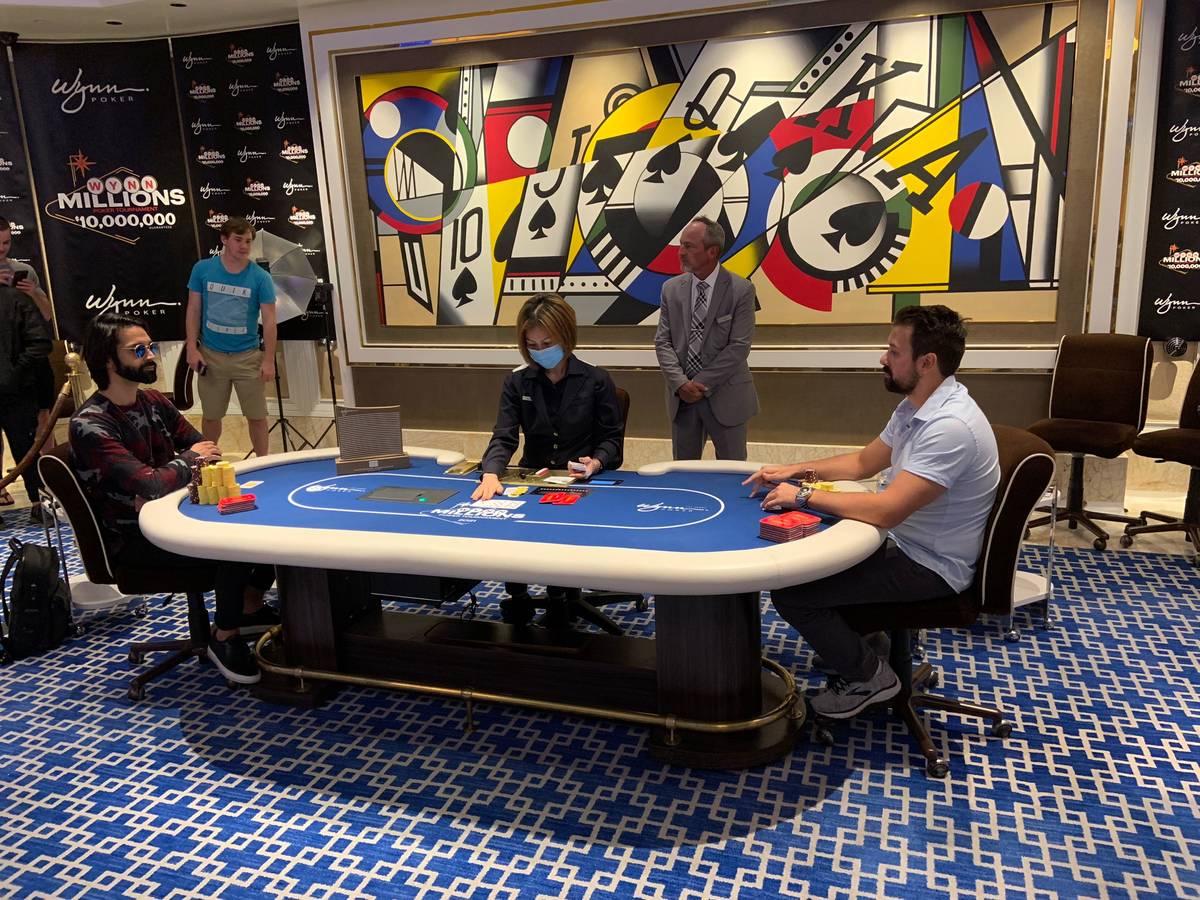 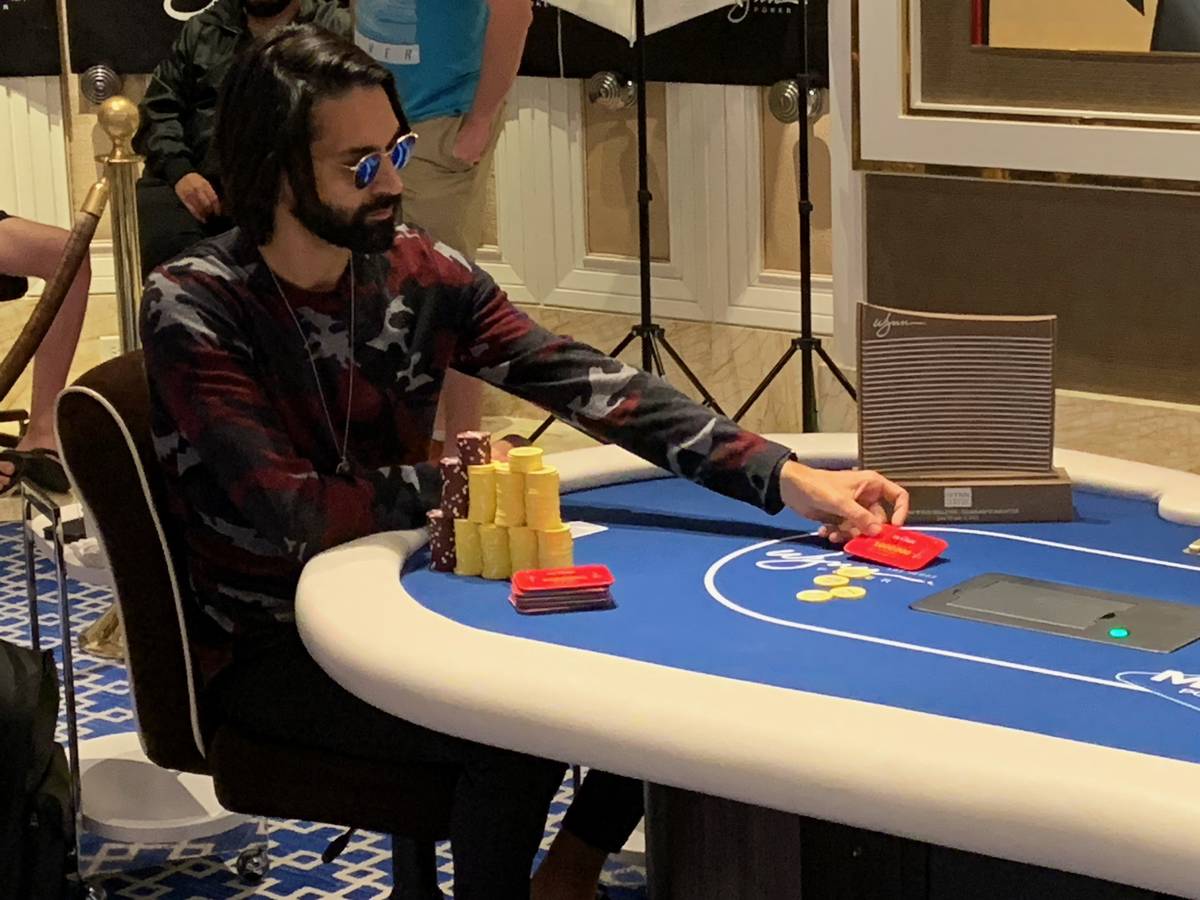 Andrew Moreno plays heads-up with the trophy by his side at the Wynn Millions on Saturday, July 3, 2021, at the Wynn poker room. (Jim Barnes/Las Vegas Review-Journal) 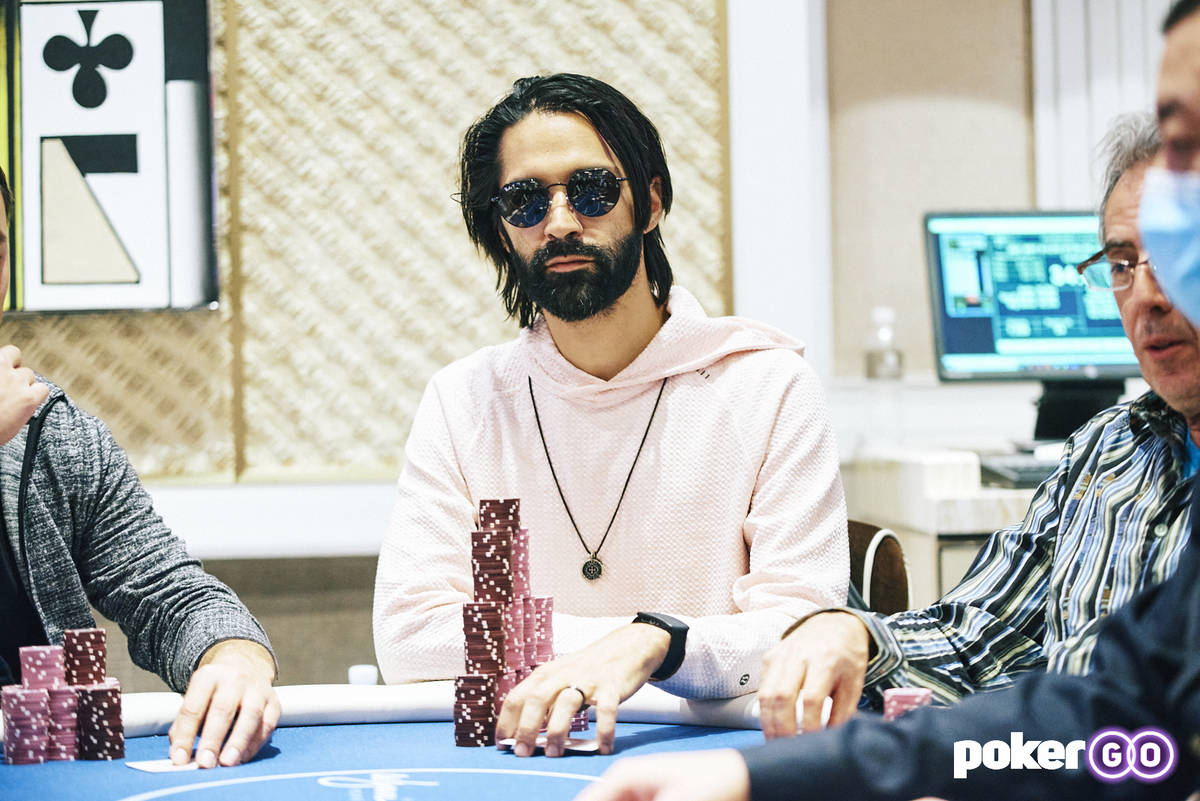 Andrew Moreno plays on an earlier day of the Wynn Millions. (Antonio Abrego/PokerGO) 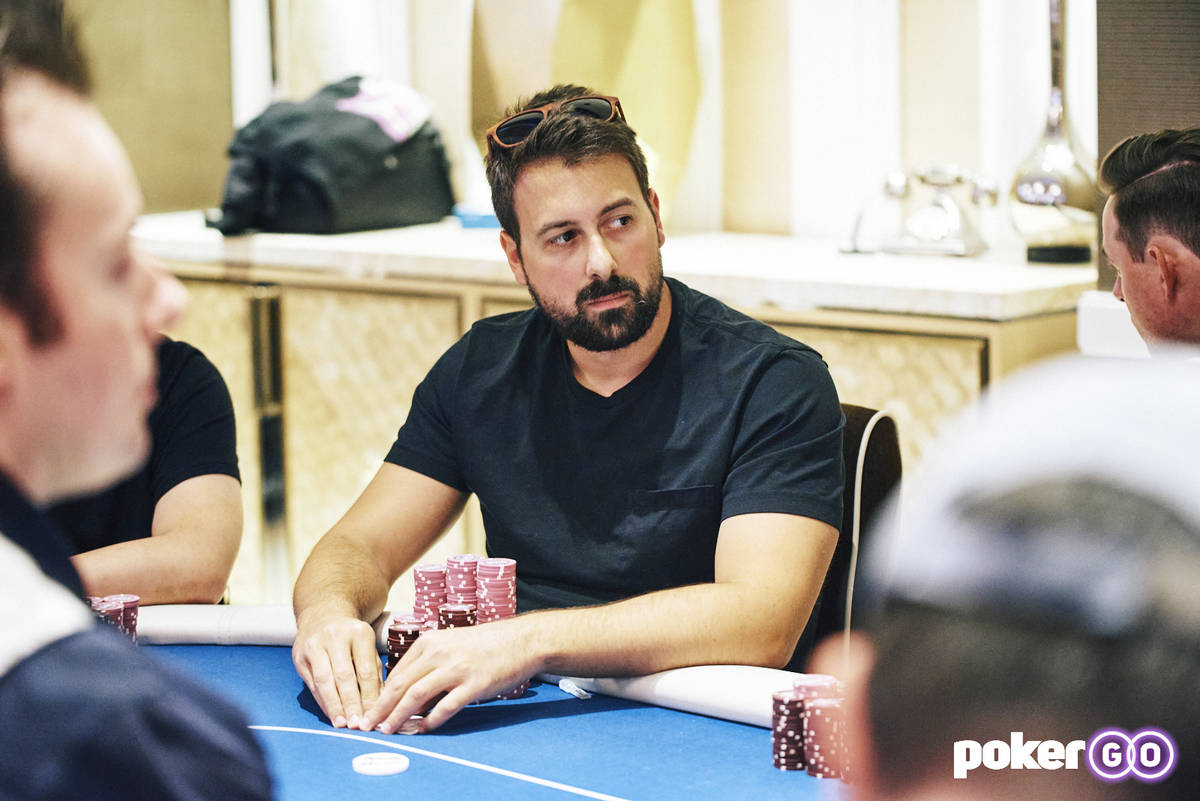 Clayton Maguire plays on an earlier day of the Wynn Millions. (Antonio Abrego/PokerGO)

There’s never a wrong time to win $1.4 million, but Andrew Moreno sure found a right one.

With his wife, Kristy, who is eight months pregnant, watching, Moreno claimed the Wynn Millions title late Saturday at the Wynn poker room, beating a field of 1,328 entries to take home $1,460,105.

Then, Moreno won the tournament when he called all-in with ace-queen against Maguire’s ace-king. Maguire flopped a king and Moreno flopped a queen, then Moreno turned three-of-a-kind to secure the win.

Maguire still took home $1,443,757 as part of a deal the players negotiated three-handed.

Moreno credited his unborn son for luck turning his way.

“I feel like ‘baby run good’ is a real thing,” he said. “I’ve been running very well. As soon as she got pregnant, I started running really well. Maybe the universe wants me to take some time off from poker and spend it with my family.”

Moreno started focusing on tournaments in April with two goals: to cross $1 million in career earnings, then snag a seven-figure score in a single event. He met the first goal by winning an $1,100 event at The Venetian in June for $127,740, and he accomplished the second Saturday.

Moreno held one of the shorter stacks for most of the day, but he finally got into contention when he eliminated Salim Admon in fourth with pocket queens against pocket nines.

The three remaining players then negotiated for more than an hour about reducing the disparity of the original tournament payouts of $2,018,866 for first, $1,248,886 for second and $871,314 for third. Wynn tournament director Ray Pulford worked with the players but insisted that they still had to have a financial incentive to continue and play for the title.

The Wynn Millions needed 1,064 entries to make the guarantee, and reached it with room to spare. Ryan Beauregard, executive director of poker operations, said he expects the Wynn Millions to have a permanent place on the poker calendar.

“It’s a great number,” he said. “Really happy with it, and something to build for in the future.”