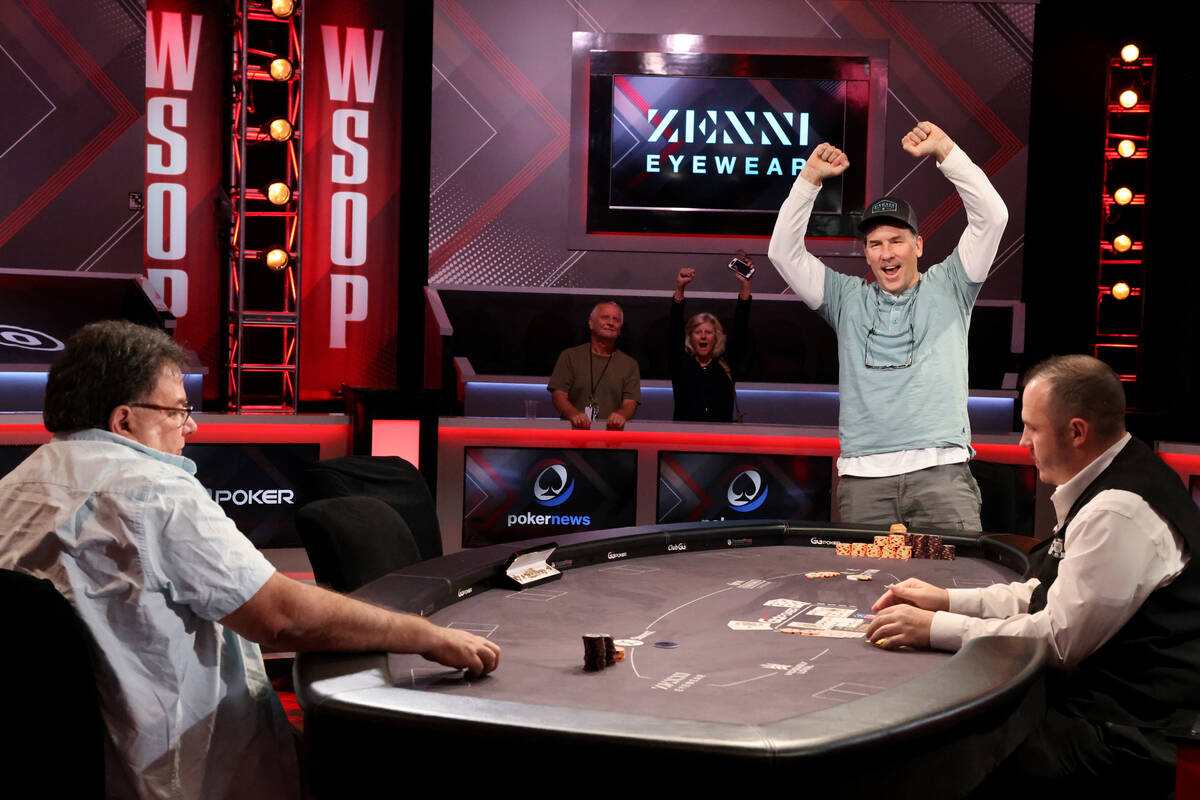 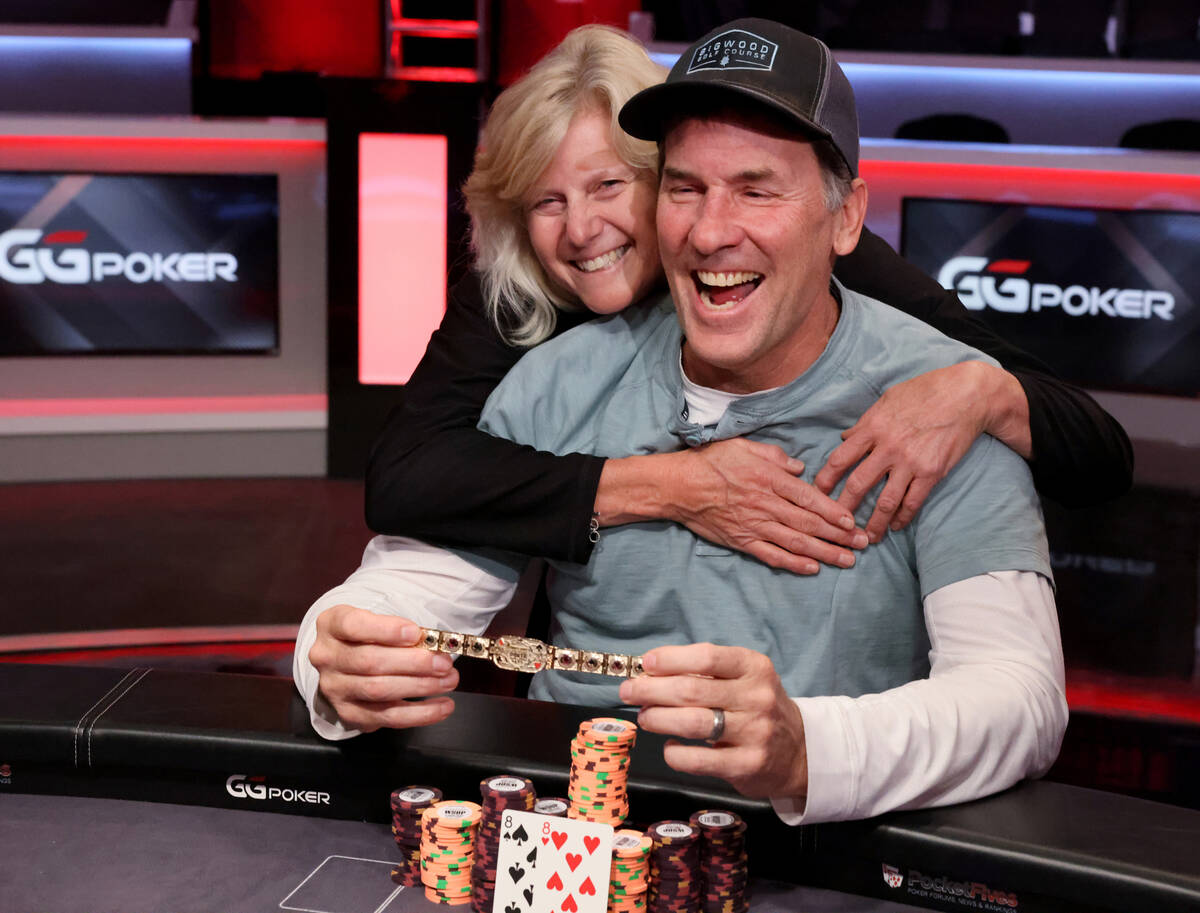 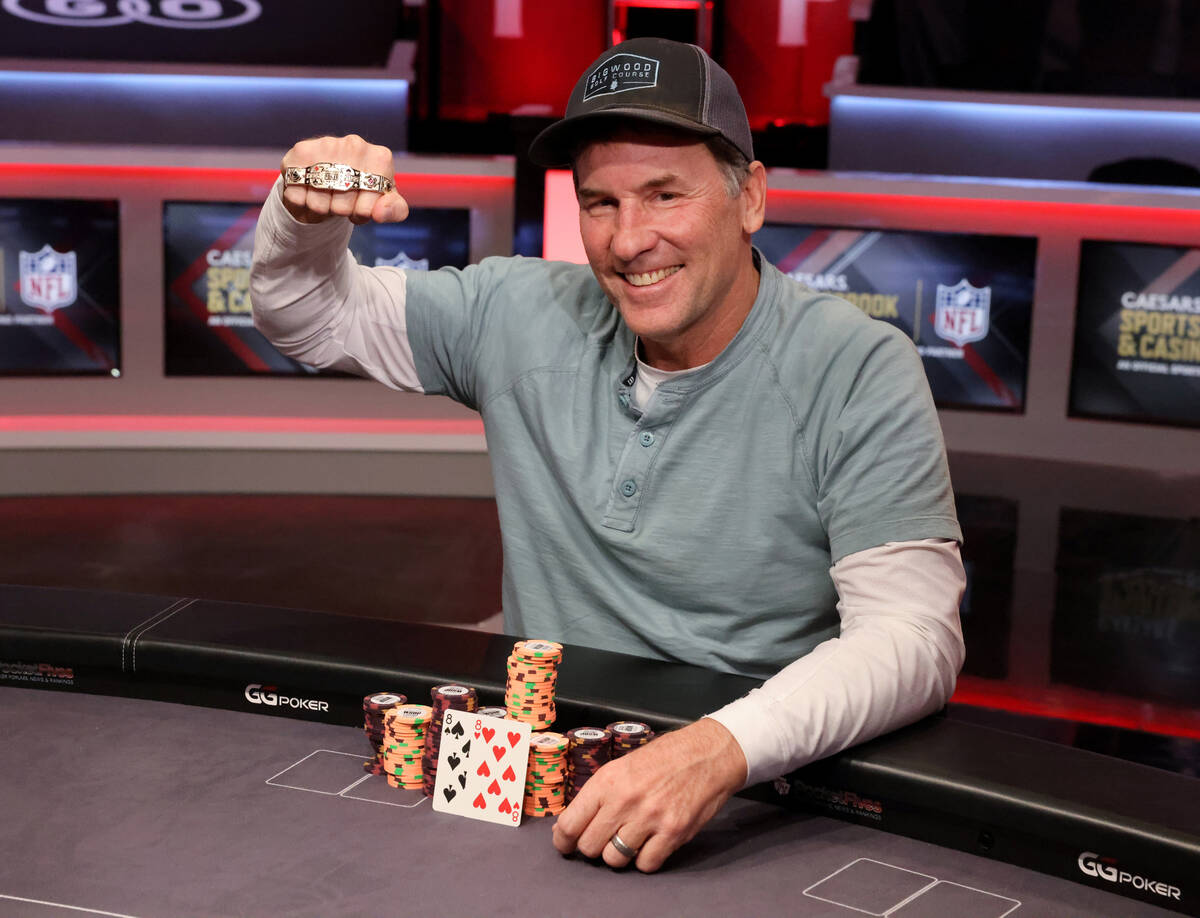 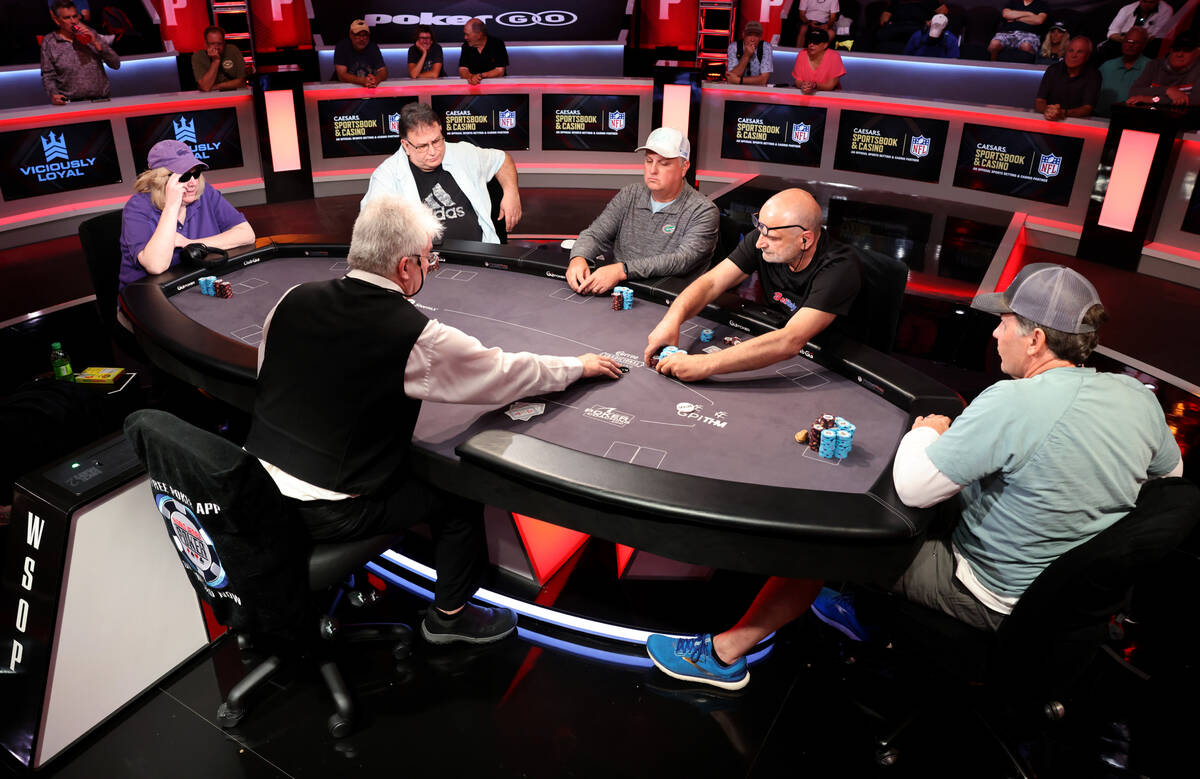 Eric Smidinger has completed several items from his bucket list in recent years, including skiing the Corbet’s Couloir expert run at Jackson Hole in Wyoming and in the Alps.

The 58-year-old resident of Evergreen, Colorado, crossed off another item Monday.

He outlasted Ben Sarnoff of San Francisco in a heads-up match that went for nearly three hours to claim the $694,909 first prize.

“This is a dream. I love it,” Smidinger said. “This morning coming in, I was like I have as good a chance as anybody. I’m excited. We’re going out to celebrate. I haven’t had a drop of alcohol since I’ve been here, and we’re going out to party.”

Smidinger said he started playing poker in high school more than 40 years ago and is a regular cash game and tournament player at Bally’s Casino Black Hawk near his home.

He made the money in the $500 buy-in “Housewarming” event at the start of the series and the $600 buy-in No-limit Hold’em Deepstack tournament a few days later before he returned home to Colorado.

Smidinger drove back to Las Vegas in time for the $1,500 buy-in “Millionaire Maker” and finished 275th. He also said he chopped a $275 buy-in satellite before he entered the Seniors event.

“I’ve had a really nice World Series this summer,” Smidinger said. “My wife (Betsy) baked a lasagna — she’s a really good cook — and I’ve had that for dinner. That was my diet for the entire 11 or 12 days I’ve been here. It’s really paid off.”

Smidinger said his goal was to reach Day 4, and he won a pot at the start of play Saturday on Day 3 against six-time WSOP bracelet winner Jeff Lisandro that served as a springboard for the rest of the tournament.

Smidinger shot up the chip counts Sunday during Day 4 and arrived at the five-handed final table in second place behind Sarnoff.

Entering heads-up play, Sarnoff held almost a 4-to-1 chip advantage. But Smidinger remained patient and methodically chipped up, then took control more than two hours into the match.

After winning a key pot minutes earlier, Smidinger sniffed out a bluff from Sarnoff for the overwhelming chip lead.

“He made a big bet. Give him credit for that,” Smidinger said. “Sometimes you’ve just got to step up and see where it’s at. I said, ‘It’s time to make a call, make a stand.’ And that was a big, big hand. That turned the table.”

On the final hand, Smidinger’s pocket eights held up against the ace-king of Sarnoff, who took home $429,420 for second place.

Liebert was searching for her second career WSOP bracelet and would have been the second woman to win a WSOP tournament this summer.