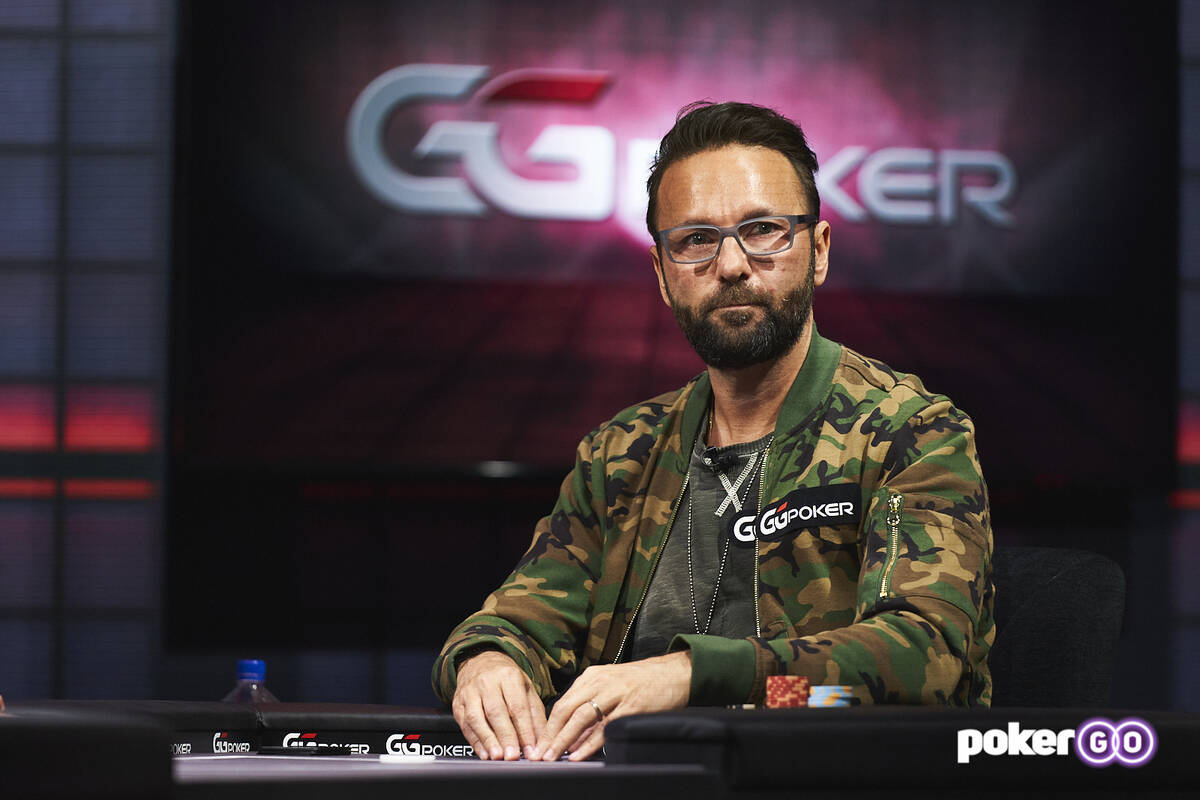 Daniel Negreanu is shown at the PokerGO studio at Aria on Wednesday, May 5, 2021. (PokerGO)

Daniel Negreanu is the Super High Roller Bowl VII Champion!!!@RealKidPoker kicked the tournament off with a bang, and he rode the wave all the way to the finish line.

“A few years ago, I was heads-up for one Super High Roller Bowl, had the big crowd of friends come, and I punted,” Negreanu told PokerGO. “This year I told people, ‘Don’t come. Let me just win this and I’ll come home and we’ll open a bottle of champagne and then we’ll go to the hockey game tomorrow.’ ”

The Super High Roller Bowl is one of the most recognized high-roller tournaments and attracts some of the world’s best players.

Negreanu led after the first day of the tournament, which was highlighted by his knockout of Bryn Kenney while holding quad threes. He entered the final table in second place behind Petrangelo, who took home about $2 million.

Negreanu’s victory helped make up for a disastrous summer at the World Series of Poker, when he was the victim of an extortion attempt and finished more than $1 million in the red.

It was Negreanu’s first seven-figure cash since 2019 and the second largest of his Hall of Fame career.

He now has more than $49 million in career live tournament earnings, according to HendonMob.com, and ranks third on the all-time poker money list.