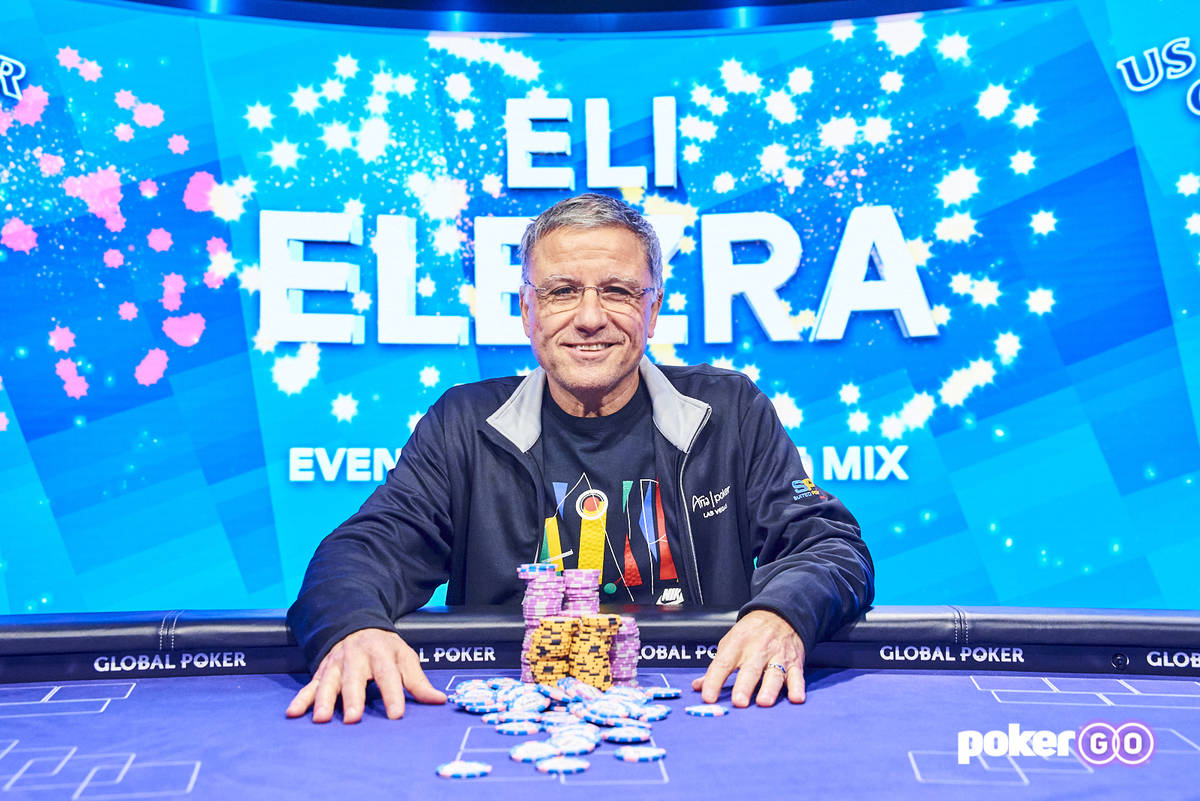 Poker’s old guard is hanging with the young guns at the U.S. Poker Open.

Eli Elezra, a 60-year-old longtime high-stakes player and four-time World Series of Poker bracelet winner, prevailed in a field of 68 in the $10,000 buy-in 8-Game Mix event Wednesday at the PokerGO studio by the Aria, taking home $183,600.

Zolotow has produced strong results at the U.S. Poker Open, with a fifth and third place in $10,000 No-limit Hold’em events to go with Wednesday’s runner-up finish. Those results have Zolotow second on the overall U.S. Poker Open leaderboard behind Joe McKeehen despite not winning an event.

The U.S. Poker Open concludes Monday with a $50,000 No-limit Hold’em event; the final table will be played Tuesday.

All final tables are broadcast on the subscription video service PokerGO.

Here are the results from other U.S. Poker Open events: