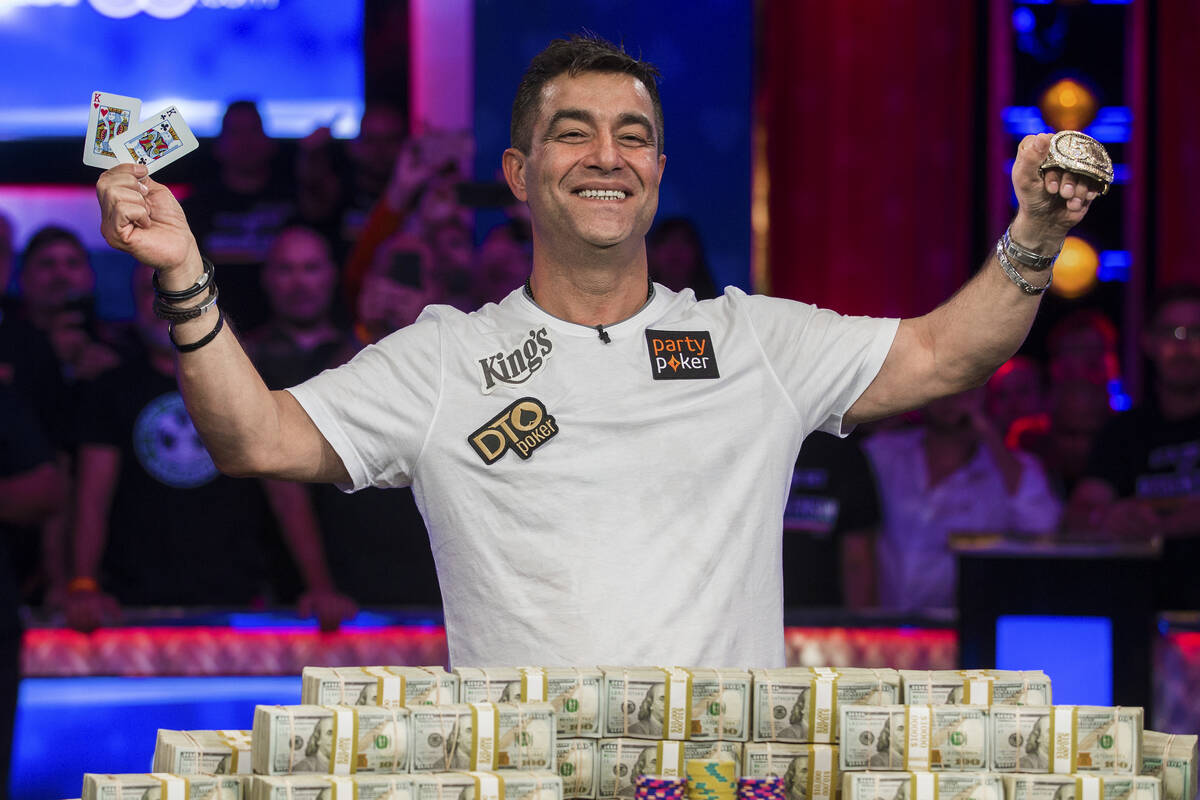 How big can the World Series of Poker Main Event be amid the coronavirus pandemic? We’ll know in about a week.

WSOP officials are giving players around the world every chance to make it to the Rio convention center for the Main Event, the $10,000 No-limit Hold’em World Championship.

Six starting flights will be held at 11 a.m. Thursday through Tuesday. Players can still buy in as late as four hours into the two Day 2 sessions Tuesday and Wednesday.

“So if you’re an international traveler and you couldn’t start traveling until the 8th, you literally have more than 48 hours to get here once the travel restriction gets lifted,” WSOP vice president Jack Effel said.

With all the starting flights and two Day 2s, the full remaining field will not play together until Nov. 11. The Main Event is scheduled to end Nov. 17.

The Main Event is returning to a fully in-person format this year after a hybrid online/live Main Event was held in 2020.

Besides last year, every Main Event since 2006 has had at least 6,000 participants. Ensan’s victory came against the second-largest field in Main Event history. (Jamie Gold defeated a field of 8,773 to win $12 million in 2006.)

This year’s field will almost surely fall somewhere in between the 2019 and 2020 numbers. Some players will not comply with the WSOP’s vaccine mandate. Even some vaccinated players might still seek to avoid being in close proximity with strangers at a poker table.

After a year without a live series because of the pandemic, WSOP executive director Ty Stewart said he is not focused on numbers.

“Even a WSOP at reduced participation crushes any poker event in the world,” he said via email before the series began. “We’re focused on putting on the best 2021 WSOP we can and are appreciative of everyone who comes out to play.”

The Main Event will have a new broadcast home this year, with TV rights moving from ESPN to CBS Sports Network. Edited Main Event episodes will be shown at a later date.

Daily streaming coverage of the Main Event is available on the subscription video service PokerGO. Thursday’s coverage will be shown free on PokerGO’s YouTube channel.