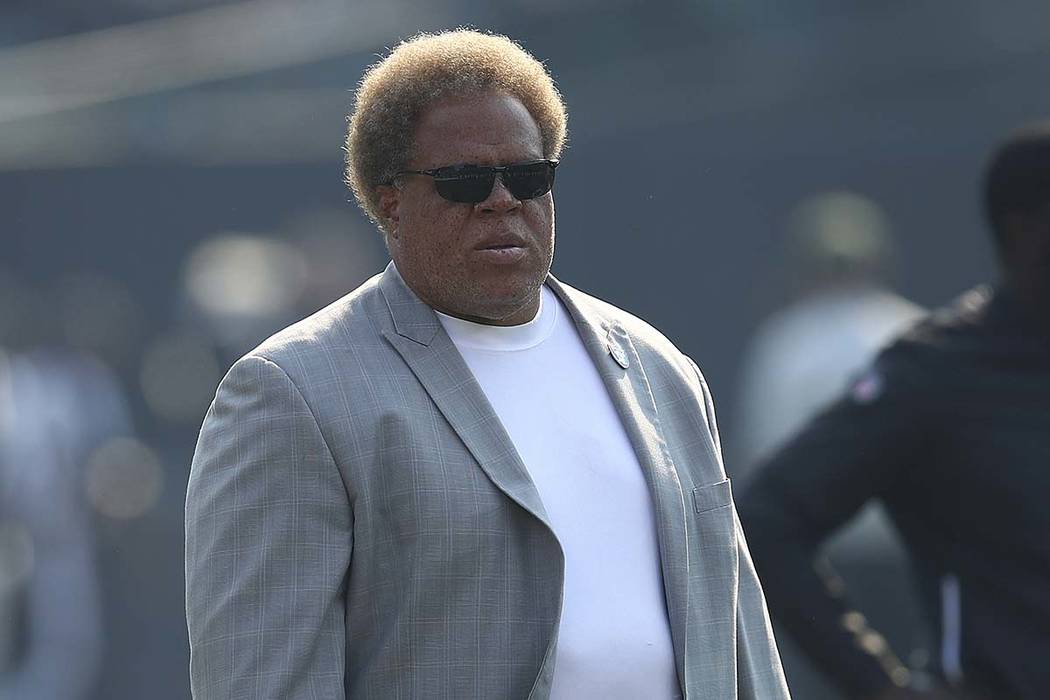 ALAMEDA, Calif. — All the Raiders scouts who spend their season on the road, scouring draft-eligible talent across the country, assembled Monday morning for a week of meetings. The gathering affords the front office a chance to share prospect evaluations before All-Star showcase games begin next month.

Reggie McKenzie met with the group and made an announcement.

On Sunday evening, team owner Mark Davis notified McKenzie he was relieved of his duties as general manager. A process now begins to identify a replacement. That McKenzie was informed Sunday enabled him to share the development with his staff, which includes twin brother and area scout Raleigh, in person.

“I’d like to wish Reggie McKenzie the best,” Gruden said during a news conference Monday afternoon. “He’s a good friend of mine. He will always be a Raider, and we are going to have to rebuild this football team without him. But I will assure the Raider fans that we will do everything we can to find the right replacement. He left some big shoes to fill, and I just want to wish him the best.”

McKenzie, 55, arguably departs the franchise in better condition than he found it.

He inherited a dire salary-cap situation upon joining in 2012, left to wade through dead money and dead weight. He oversaw the 2014 draft during which defensive end Khalil Mack, quarterback Derek Carr and guard Gabe Jackson were selected in the first three rounds. He also chose nose tackle Justin Ellis in the fifth round, cornerback T.J. Carrie in the seventh, and signed wide receiver Seth Roberts as an undrafted rookie.

Afterward, he was named the NFL’s Executive of the Year.

But more recent draft classes fell short. Since being hired in January, Gruden made his disappointment in that department clear. And no doubt, the power dynamic changed with Gruden’s arrival. While McKenzie still had a voice at the table, Gruden was more involved in personnel decisions than predecessors.

This prompted many across the league to project the partnership’s shelf life as one might a celebrity marriage. Such talk only persisted when Mack and wide receiver Amari Cooper, a 2015 first-round pick, were jettisoned in trades. Little patience was lent to safety Obi Melifonwu, a 2017 second-round pick now with the New England Patriots.

To both men’s credit, despite healthy differences in opinion at times and contrasting personalities — McKenzie has a calmer, more calculated demeanor than Gruden — the two remained friendly and exhibited what seemed to be a positive working relationship.

“Gruden and I, we work together very well,” McKenzie said Oct. 22 after Cooper was traded to the Dallas Cowboys for a 2019 first-round pick. “Let’s get no mistakes about him pushing me out. That’s not happening. Me not being able to work with Gruden? That’s furthest from the truth. OK? … There are times that I want to make a statement: ‘Really?’ ”

More moves are expected to come.

These likely won’t be finalized until a replacement is named or perhaps months afterward following the draft. McKenzie surrounded himself with men he trusts. His brother aside, that includes childhood friend Joey Clinkscales, director of player personnel. The trio were football teammates in high school and college at Tennessee.

Gruden indicated that Shaun Herock, director of college scouting, will handle much of McKenzie’s duties in his absence.

McKenzie, who played linebacker for the Los Angeles Raiders from 1985 to 1988, received an outpouring of phone calls and text messages Monday from people around the league. That included Scot McCloughan, former GM of the San Francisco 49ers and Washington Redskins.

“I know him as a person, and he’s a great guy,” McCloughan said in a phone interview. “Very loyal. Very honest. Great morals. That’s just him. He used to invite me over to his house when I was in Green Bay with him, and his wife would cook me dinner. He allowed me to sit with them and his kids. That’s the kind of person he is. He didn’t have to, but he did. Great family. …