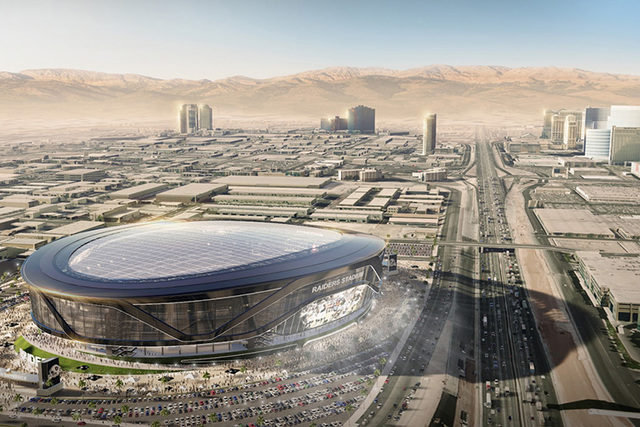 Oakland Raiders owner Mark Davis is one step closer to getting his NFL team relocated to Las Vegas.

Davis has already pledged to move the Raiders from Oakland to Las Vegas if the proposed stadium is built and three-fourths of the NFL owners approve the move.

Relocation approval from the NFL could come as early as mid-January when the league regularly holds meetings. Davis told the Review-Journal on Friday that he plans to officially apply for relocation next week.

#LasVegasRaiders This makes me sad

Let's get the Raiders in Vegas, love the idea. Shorter trips to watch NFL and perfect spot for Pac12 championship game. #LasVegasRaiders

This is a Bugsy Siegel moment for #LasVegas. Congrats to @GovSandoval and a hopeful welcome to the #LasVegasRaiders

BREAKING.. THE NEW LAS VEGAS NFL STADIUM FOR THE RAIDERS HAS BEEN APPROVED BY THE NEVADA LEGISLATURE… #LasVegasRaiders pic.twitter.com/neAuRLjnER

So its the las vegas raiders now??? #LasVegasRaiders

Sounds like the #LasVegasRaiders will become a reality on Monday. Congrats to @CityOfLasVegas on getting the perfect @NFL franchise.

The #LasVegasRaiders…..it has a nice ring to it! Feel bad for the fans in #Oakland though. #NFL #Raiders #Vegas