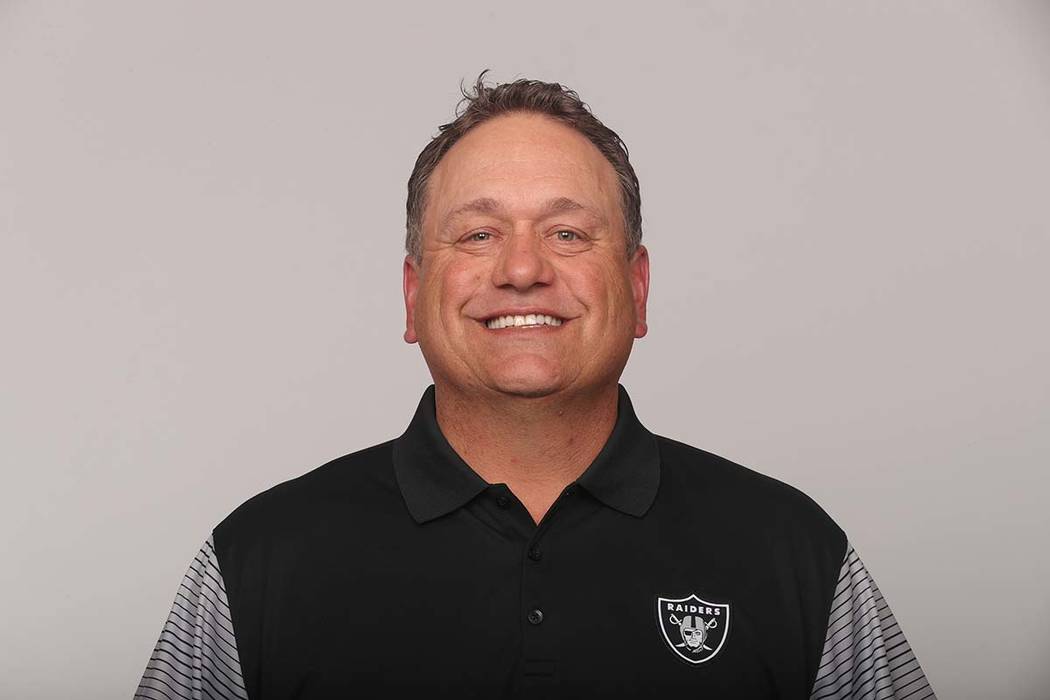 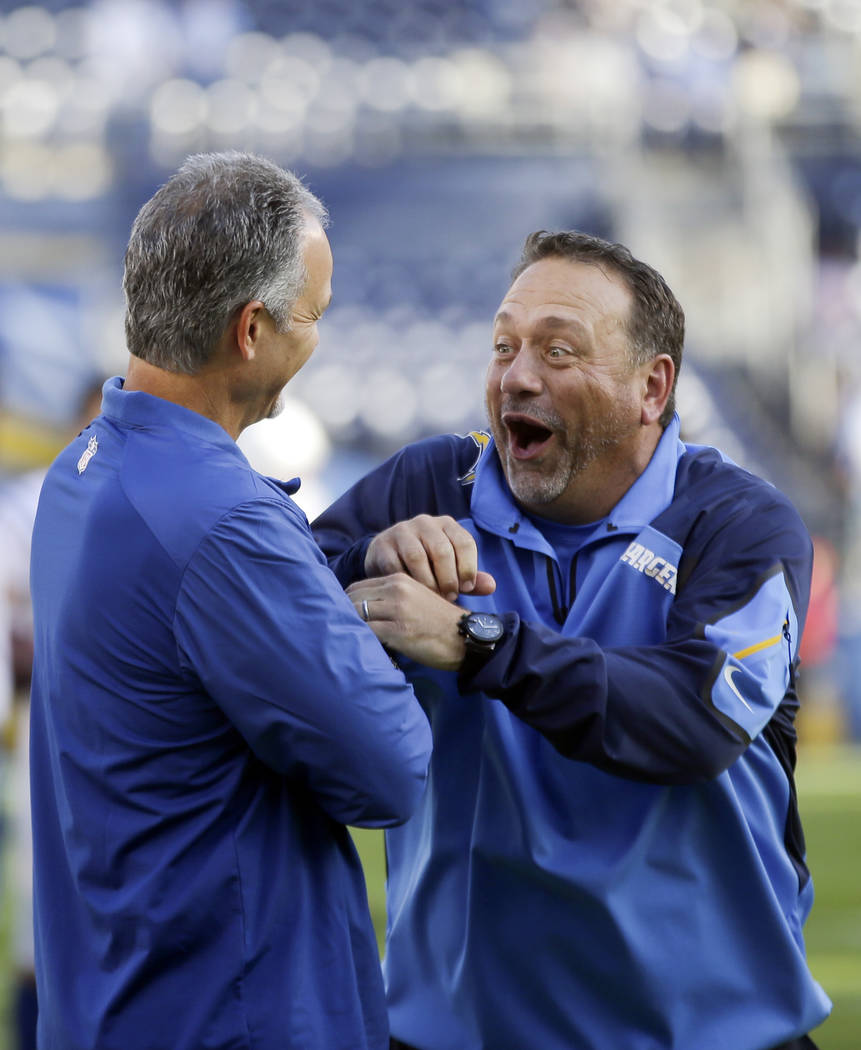 NAPA, Calif. — John Pagano was about 7 the day he learned to tackle.

The lesson came at a football camp he attended at Fairview High School, whose campus sits just east of Viele Lake in Boulder, Colorado. An assistant to his father Sam, the school’s varsity football coach, instructed him through the basic aspects of tackling that John’s older brother Chuck himself received years earlier.

Keep your head up. Grab cloth. Drive your legs.

Such words echoed throughout his youth as a member of a football family.

“I can actually see myself on that field now,” Pagano said.

Pagano grew up talking football. That is his specialty now. The Raiders’ assistant head coach-defense joined the staff in January with a main objective to improve the communication in the team’s secondary. Pagano seems to have acclimated well: By all accounts, the club has made progress in that department, further along today than at this stage last offseason.

Pagano would be the first to deflect credit.

And certainly, one man should not be the recipient of it all. This is a group of defensive backs with many young and new pieces, and they are building off a 2016 season in which they largely began to play beside one another. Still, there have been strides in a process that Pagano is focused on catalyzing.

Tne final play of a Thursday practice saw quarterback Derek Carr look left and throw a pass he felt had a clear path to his receiver. But veteran cornerback T.J. Carrie anticipated the play, stepping in front for an interception that he returned for a touchdown.

“He wouldn’t have jumped that last year,” Carr said. “They’re recognizing things faster, and that’s why I just dropped back and threw it. They wouldn’t recognize it that quick. They wouldn’t be on top of their stuff. Sometimes we’d catch them slipping, miscommunicating and then we’d go. And that’s …. just them learning how to play together. That’s us on offense. When we would start slow, it was because, ‘Oh, you said this,’ or, ‘Oh, I thought you meant this.’ Well, now we know each other. We’ve played games with each other. Same thing with those guys.

“They communicate. They talk. They’re always together, always communicating.”

His student-athletes in that span includes his two sons, both of whom now coach in the NFL. Chuck, 56, is entering his sixth season as coach of the Indianapolis Colts. John, 50, worked his way up the then-San Diego Chargers staff from 2002 to 2016, starting as a quality control coach and ending with a five-season tenure as defensive coordinator.

Pagano’s background is a familiar one across the Raiders organization.

Here, football is a family affair.

Owner Mark Davis grew up around the franchise before assuming its reins from his father Al. General Manager Reggie McKenzie and twin brother Raleigh are both on staff; Raleigh is an area scout. Reggie has one son, Kahlil, who is a junior defensive tackle at Tennessee and another, Jalen, who is a four-star commit to Southern California as an offensive lineman. Coach Jack Del Rio’s son Luke is a quarterback at the University of Florida. Both McKenzie and Del Rio were NFL linebackers.

There are other examples across the club of those who grew up speaking Pagano’s language.

“Being a new guy, you go through the process of learning how things are done,” Pagano said. “I’m a football coach coming from a football family. You fit right in. It’s about football. It’s an atmosphere of that here, and you can see that. I learned a lot from my dad and my brother. I try to take those qualities and those traits and pass them on.”

But his first order of business as a Raiders coach this offseason, he said, was to listen.

He wanted to process how Del Rio and the staff operated. He wanted to understand the team’s personnel, evaluating the team’s talent with a relatively fresh pair of eyes. And then, he worked to ensure everyone in the organization was communicating the same. Coaches had to be on the same page with other coaches, so they could all communicate the same message to players. Without that, players could not be expected to communicate effectively between each other.

The Raiders were encouraged with their first preseason test.

On Saturday against the Cardinals, aside from the occasional mid-August mental lapse, Del Rio said the communication was “much improved” on the back end. Last year’s defense allowed an NFL-high 38 passes of at least 25 yards.

Said cornerback David Amerson of Pagano: “He brings an extra genius mind, someone with a different outlook compared to what we’ve had the past two or three years. A whole ‘nother mindset.”

A mindset years in the making.