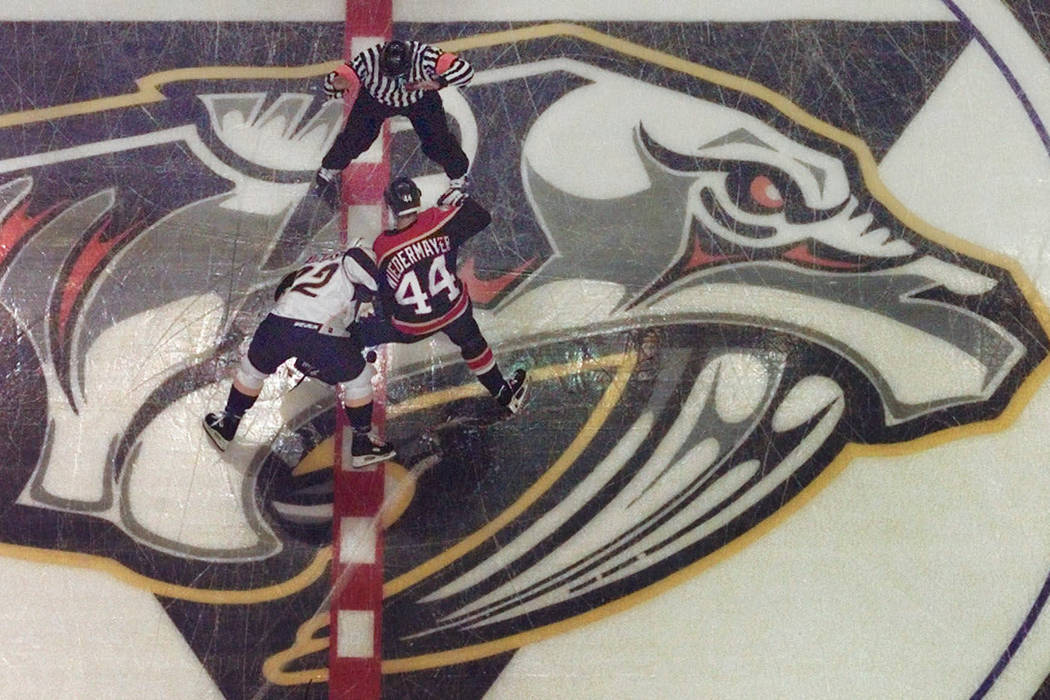 Nashville Predators' Greg Johnson (22) and Florida Panthers' Rob Niedermayer (44) go for the puck in the opening faceoff of the inaugural game for the Predators in Nashville, Tenn., Saturday, Oct. 10, 1998. (AP Photo/Mark Humphrey/AP) 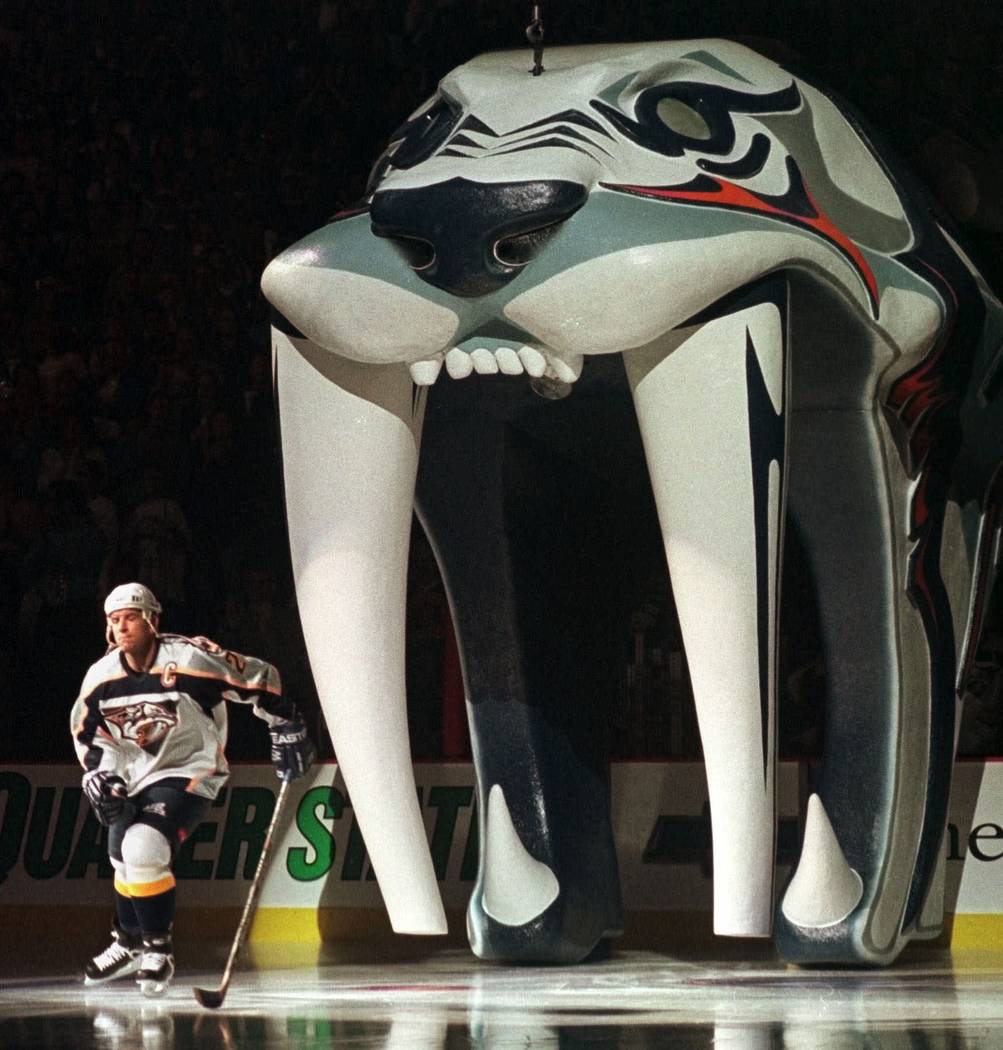 Nashville Predators' captain Tom Fitzgerald enters the ice through the mouth of a sabre-toothed tiger for the team's inaugural game against the Florida Panthers on Saturday, Oct. 10, 1998 in Nashville, Tenn. (Ed Rode/AP) 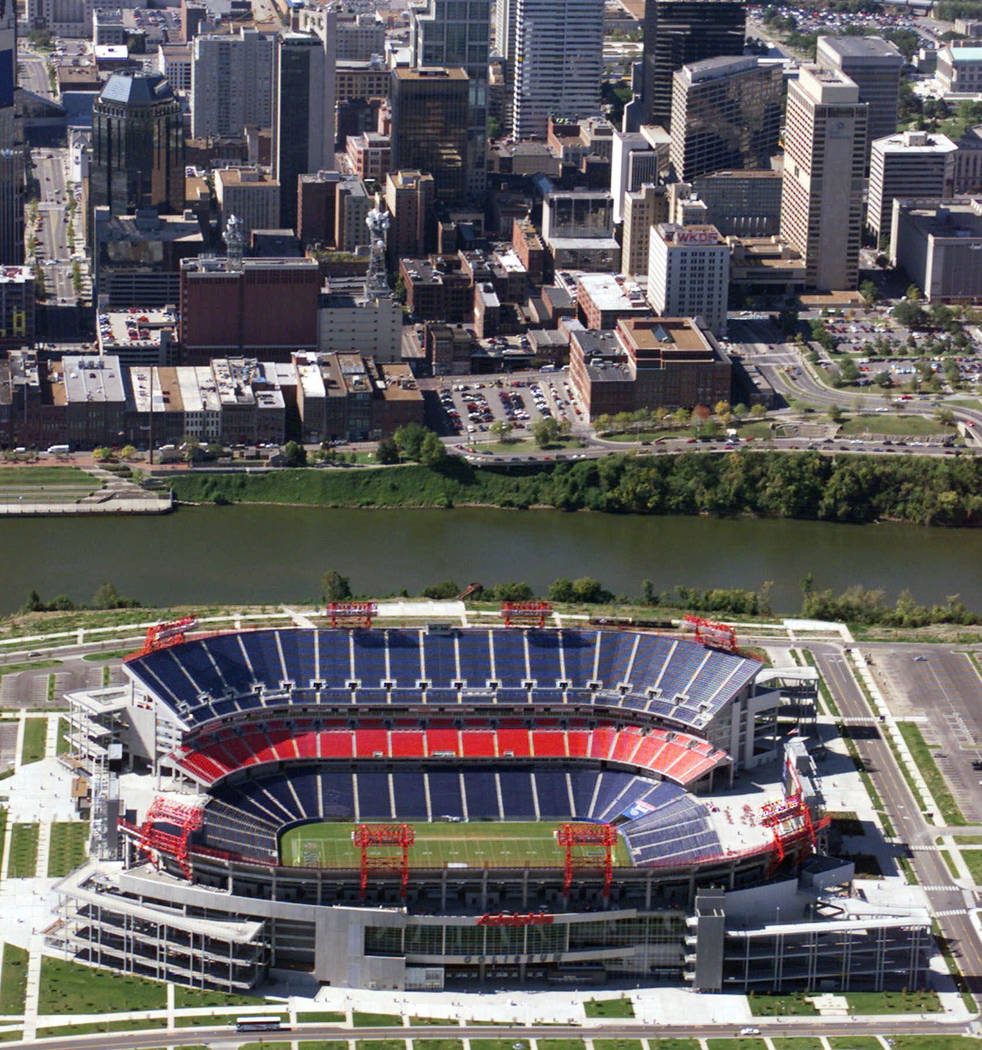 The Coliseum, home of the Tennessee Titans, is shown in a 1999 photo. (Mark Humphrey/AP) 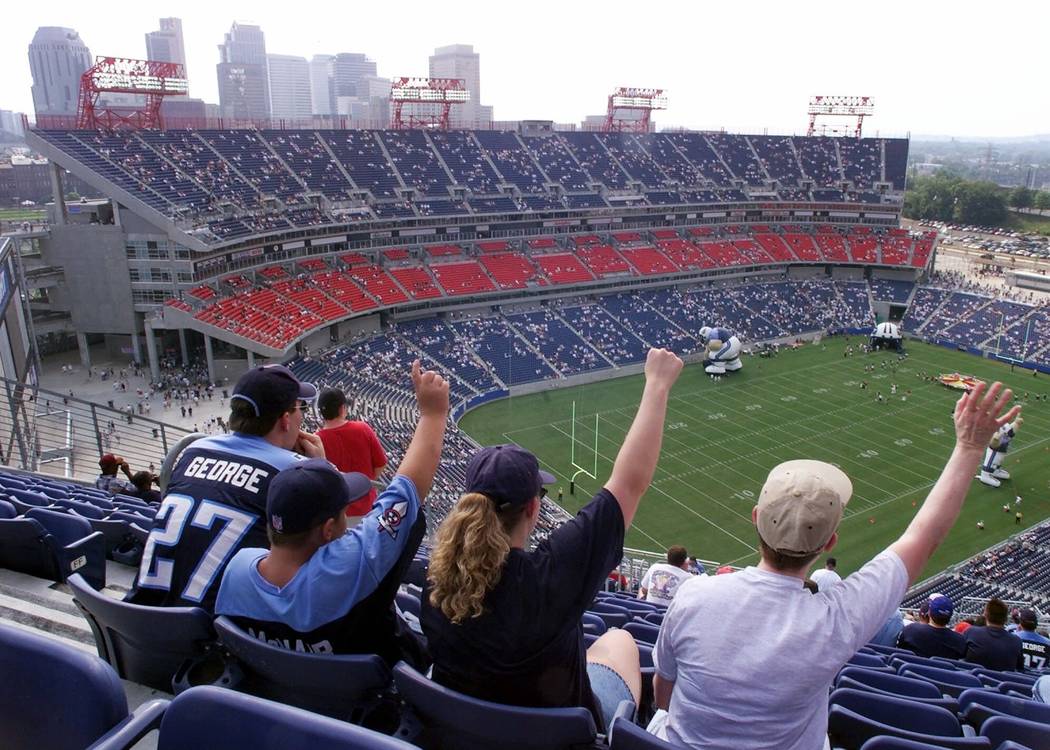 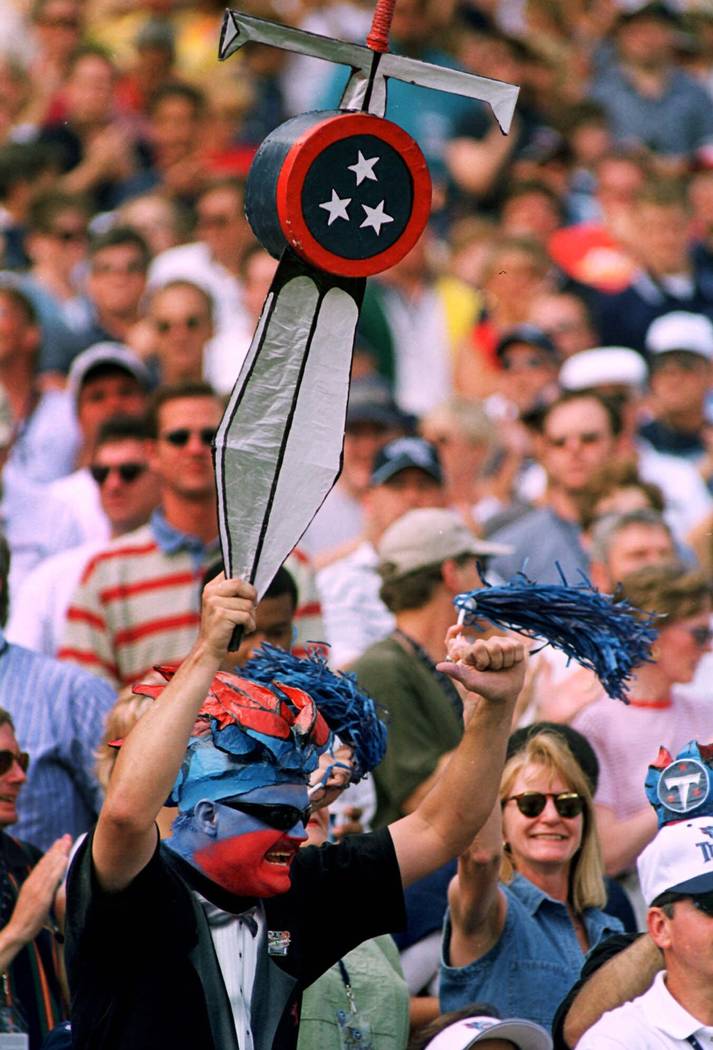 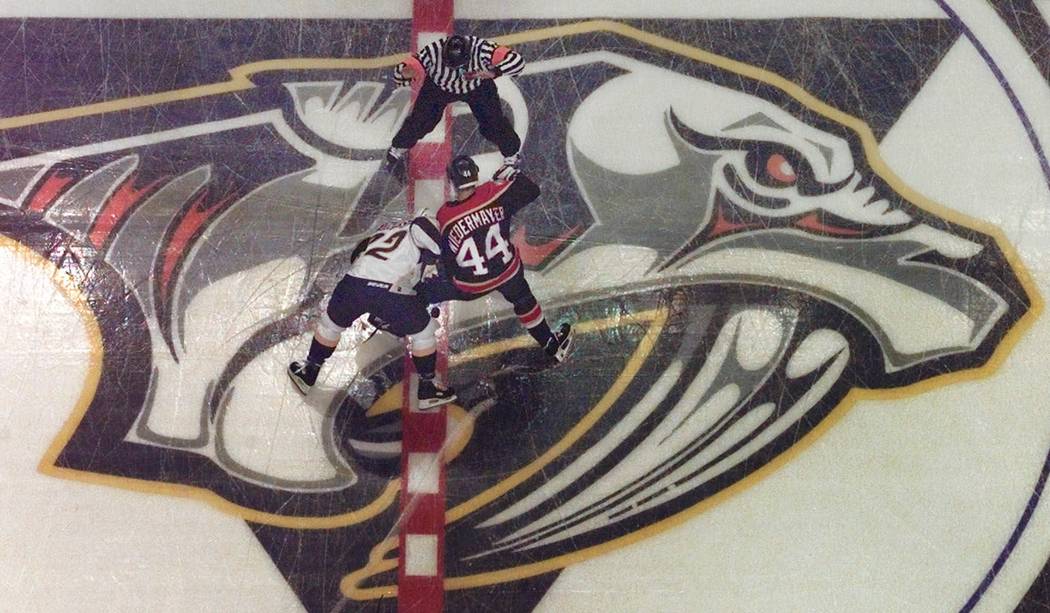 Nashville Predators' Greg Johnson (22) and Florida Panthers' Rob Niedermayer (44) go for the puck in the opening faceoff of the inaugural game for the Predators in Nashville, Tenn., Saturday, Oct. 10, 1998. (Mark Humphrey/AP)

When the announcement came Monday that the NFL had voted to allow the Raiders to relocate to Las Vegas, the city suddenly became a two-sport major league. It also evoked a flashback.

Back in 1998, Nashville saw the Predators play their inaugural season as an NHL expansion team while the NFL’s Tennessee Oilers, soon to be the Titans, played at Vanderbilt University while waiting for their permanent home, Adelphia Coliseum, to be finished for 1999.

“Because of the amount of revenue sharing, the cash flow in the NFL is sure money, whereas each NHL club lives on an economic island,” he said Tuesday. “Less than 20 percent of NFL revenue comes from the gate, compared to almost 50 percent in the NHL. Almost two-thirds of NFL revenue comes from national media (buys), while national media is comparative chump change in the NHL.”

Knights owner Bill Foley and team president Kerry Bubolz acknowledged as much Monday. Foley said the team will have to work harder to secure corporate sponsors, and Bubolz said it is already a priority.

“I think being the first team in the market has given us a leg up,” Foley said. “We’ve known that the Raiders moving here was a possibility for a while, so we’ve been focusing on lining up local businesses as sponsors.”

But the Knights are asking those businesses to pay top dollar and commit longer than UNLV or the 51s are. That has led to sticker shock and hesitation from some local companies.

“We’re the first team in the market, and we’re selling sponsorships at a major league level,” Bubolz said. “We’re not interested in one-year deals. We’re looking at long-term commitments, and that means increased dollars.”

Vrooman said it could come to the point where the football and hockey teams work together to sell corporate sponsorships.

“If both teams perform well in Vegas and attract significant corporate season-ticket and luxury-seat clients after the two- to three-year honeymoon is over, they may even share corporate sponsors.” he said. “The challenge faced by the Predators was to flip their corporate/regular fan ratio from 1:2 to the 2:1 which characterizes most of the NHL teams that reside in traditional hockey markets.

“It may be this second tier of corporate clients where the markets of Nashville and Las Vegas differ. The economic key for the Golden Knights (and the Raiders for that matter) is to survive any performance drought after the honeymoon is over.”

The Knights have sold approximately 14,000 season tickets. Vrooman said that’s a good number because that money is in the bank regardless of how the team does on the ice.

“Both NFL and NHL teams rely heavily on the corporate client season ticket base,” Vrooman said. “The problem is that almost all gate revenue in the NFL is derived from season tickets, whereas only about half of the tickets sold in the NHL are season tickets. Corporate season tickets are more valuable than walk-up tickets because they are more certain and inelastic with respect to winning and price.”

As for the television market, Nashville is ranked No. 30 with approximately 1 million households, while Las Vegas is No. 40 with about 740,000. Vrooman said the Nashville corporate presence is much deeper and more diversified than Las Vegas’ heavy dependence on the gaming industry.

“This lack of economic depth could make it difficult to maintain the consistent simultaneous season-ticket demand for hockey and football on an economic oasis in the Southwest desert,” he said.