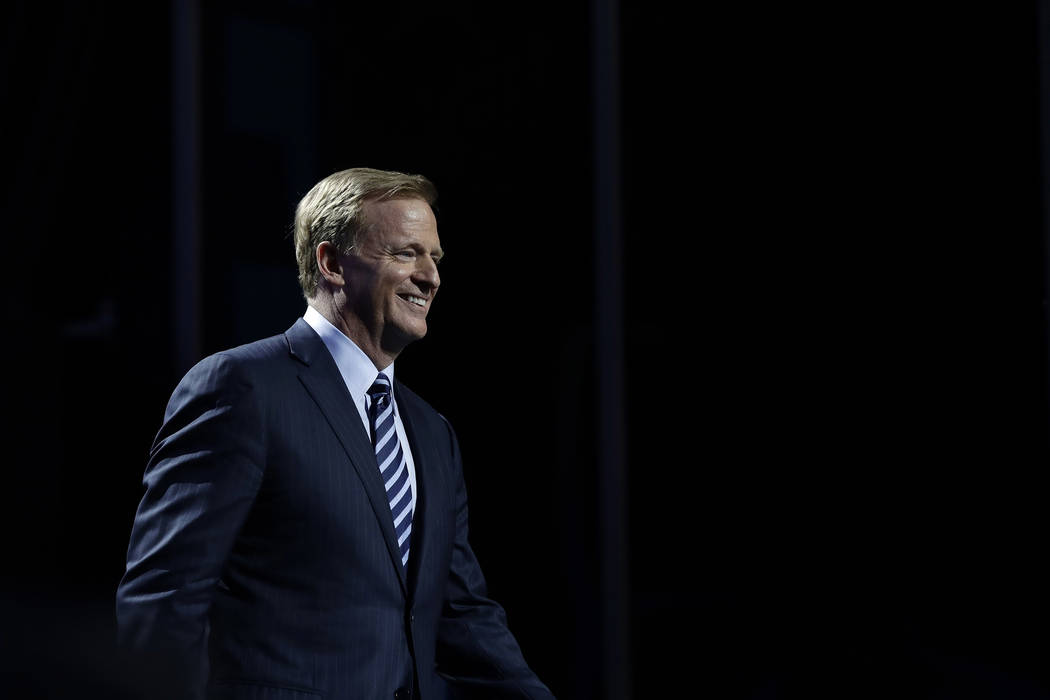 NFL Commissioner Roger Goodell smiles as he walks onstage during the first round of the 2017 NFL football draft, Thursday, April 27, 2017, in Philadelphia. (AP Photo/Matt Rourke)

NFL commissioner Roger Goodell may be willing to consider allowing players to use marijuana for medical reasons, but he remains against the banned drug for recreational use.

Goodell told ESPN’s “Mike & Mike” radio show on Friday that he continues to believe marijuana has an “addictive nature” and likely won’t be cleared by the National Football League anytime soon as a pain-relief alternative.

“I think you still have to look at a lot of aspects of marijuana use,” Goodell said. “Is it something that can be negative to the health of our players? Listen, you’re ingesting smoke, so that’s not usually a very positive thing that people would say.

“It does have addictive nature. There are a lot of compounds in marijuana that may not be healthy for the players long-term. All of those things have to be considered.”

Goodell said the long-term effects of the drug are not yet known.

“It’s not as simple as someone just wants to feel better after a game,” he said.

“We really want to help our players in that circumstance but I want to make sure that the negative consequences aren’t something that is something that we’ll be held accountable for some years down the road.”

Goodell acknowledged the league will continue to evaluate whether marijuana can be used for medical reasons.

“We look at it from a medical standpoint,” Goodell said. “So if people feel that it has a medical benefit, the medical advisers have to tell you that. We have joint advisers, we also have independent advisers, both the NFLPA (Players Association) and the NFL, and we’ll sit down and talk about that.

“To date, they haven’t said this is a change we think you should make that’s in the best interests of the health and safety of our players.”