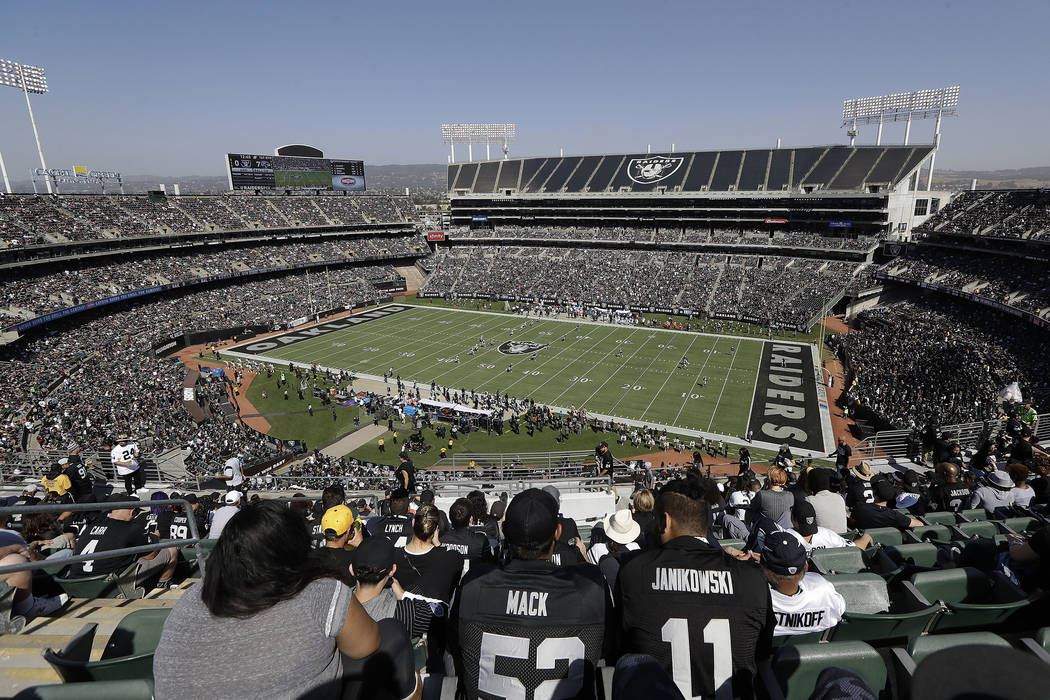 Fans watch from a general view at Oakland Alameda County Coliseum during the first half of an NFL football game between the Oakland Raiders and the Baltimore Ravens in Oakland, Calif., Sunday, Oct. 8, 2017. (AP Photo/Marcio Jose Sanchez) 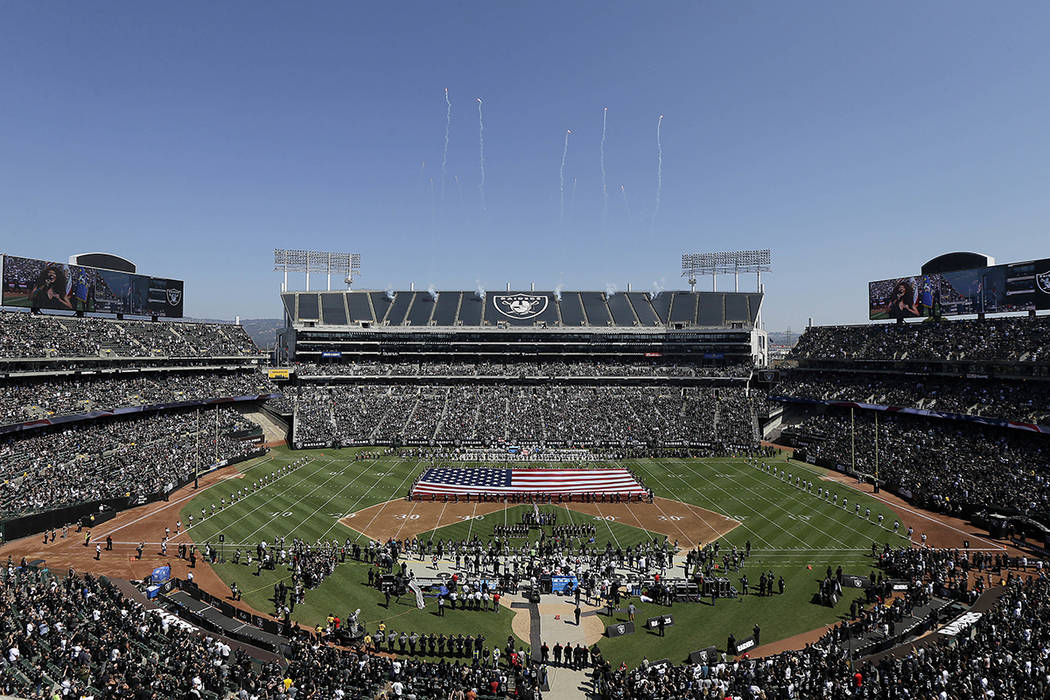 A flag is presented at Oakland Alameda County Coliseum during the performance of the national anthem before an NFL football game between the Oakland Raiders and the New York Jets in Oakland, Calif., Sunday, Sept. 17, 2017. (AP Photo/Jeff Chiu) 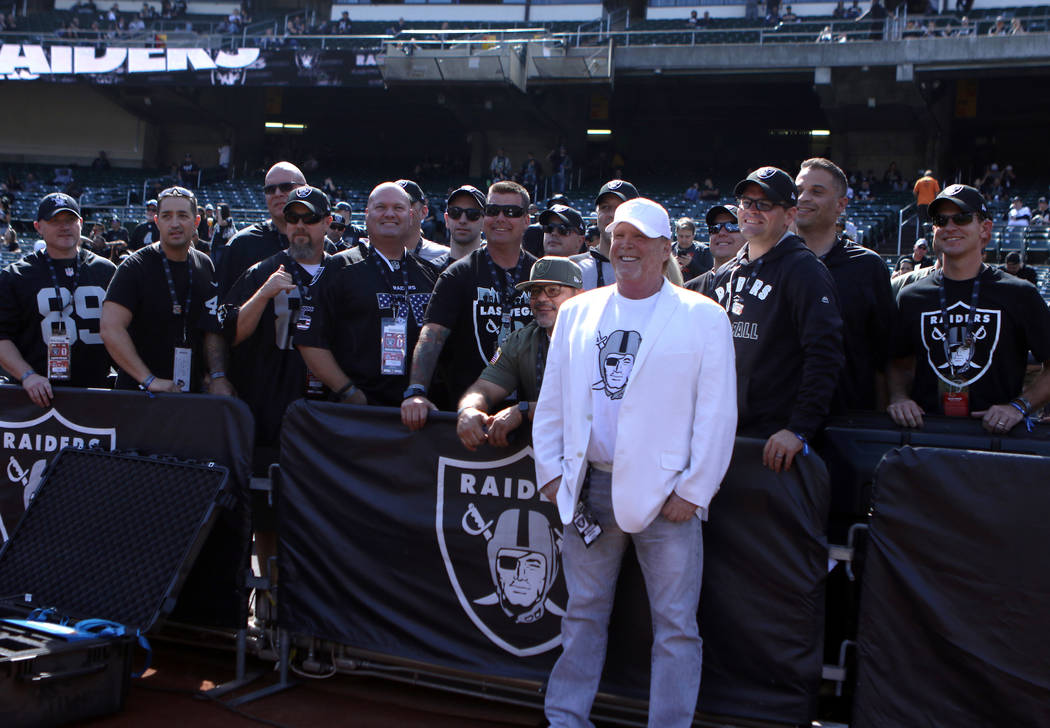 Oakland Raiders owner Mark Davis meets with Las Vegas Metro Police and Las Vegas Fire and Rescue members in Oakland, Calif., Sunday, Sept. 30, 2018. They were invited to the game against the Cleveland Browns prior to the anniversary of the October 1 shooting that took place in Las Vegas. Heidi Fang Las Vegas Review-Journal @HeidiFang

ALAMEDA, Calif. — The Raiders remain bound for Las Vegas when — not before — a new stadium is constructed there.

Sam Boyd Stadium is not considered a contingency site for home games in 2019 should the franchise’s lease with the Oakland-Alameda County Coliseum not be extended, a person familiar with the situation said Wednesday. The lease is due to expire after this season.

Since early 2017, club officials have expressed a strong desire to stay in Oakland until their scheduled 2020 relocation to Las Vegas. Despite threats from Oakland to file an antitrust lawsuit against the league and team, the Raiders’ timeline to Southern Nevada has not accelerated.

Reluctantly, contingency sites are being considered. None is in Las Vegas.

On Aug. 30, owner Mark Davis addressed the uncertainty that surrounds next season.

On Wednesday, the San Francisco Chronicle cited league sources when reporting “if the Raiders can’t reach a deal with East Bay officials for the Coliseum, odds are they wind up playing for a year or two” at Sam Boyd, home of UNLV’s football program.

An already competitive rotation at cornerback ramped up Wednesday.

Daryl Worley practiced for the first time in about a month, having served a four-game NFL suspension tied to an April arrest. He attended meetings and worked out privately with Raiders trainers while suspended. Now reinstated, the club is expected to work the veteran into its crowded mix.

Worley said he watched the first four games from his couch.

That view gave him perspective.

“We need to fly around like we were in training camp on defense,” Worley said. “Just having more fun with the game, not so much worried about the game plan and what the offense may be doing but just executing our techniques.”

This season, coaches have employed a rotation in the secondary.

Worley’s presence will impact that order, they know.

“He’s another starting-caliber corner that can come in and help us out,” Melvin said. “We understand that anytime you can have four different DBs on the field at different times and rotate in, it keeps your body fresh. We are all competing for a starting job, and we all want to play. There’s only two corners on the field at the same time. We just use it as competition to keep pushing, keep getting better so we can build a dynamic secondary.”

■ Running back Marshawn Lynch (shoulder), safety Karl Joseph (hamstring) and left guard Kelechi Osemele (knee) were the only players not to practice Wednesday.