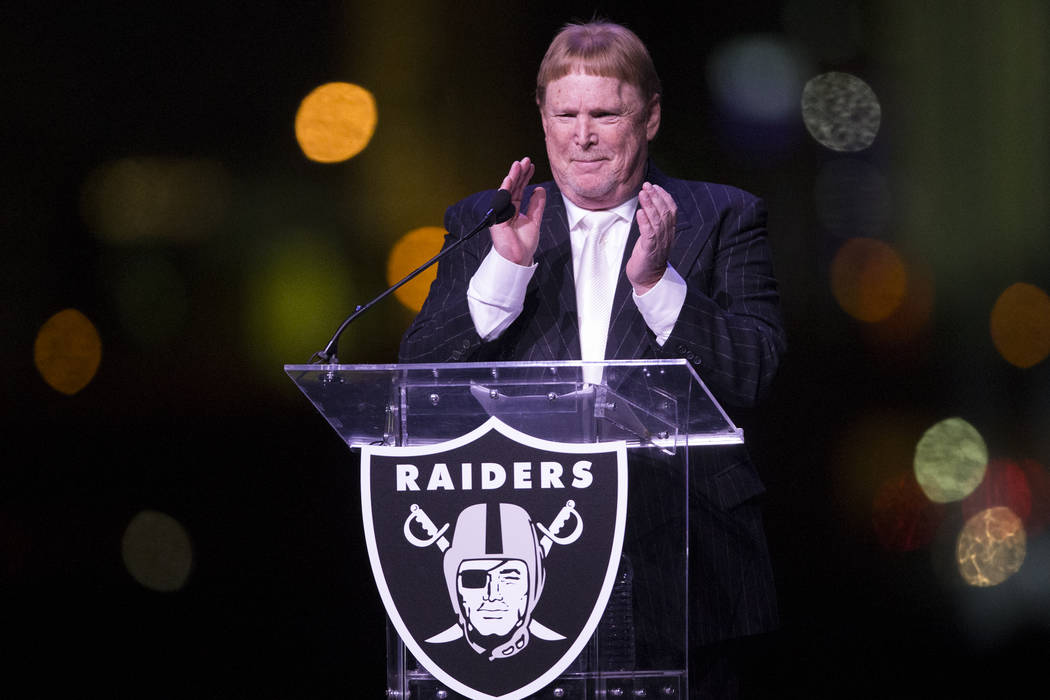 The Raiders are in negotiations to build their Southern Nevada practice facility on a vacant 55-acre lot west of the Henderson Executive Airport, Mayor Debra March told the Las Vegas Review-Journal on Tuesday.

“We’re in conversations with them at this time,” March said.

The city acquired the property, which is near the southwest corner of St. Rose Parkway and Executive Airport Drive, in January 2015 through a land swap with Greystone Nevada LLC.

Clark County Commission Chairman Steve Sisolak, who has been working closely with the Raiders, said the team is serious about the location. 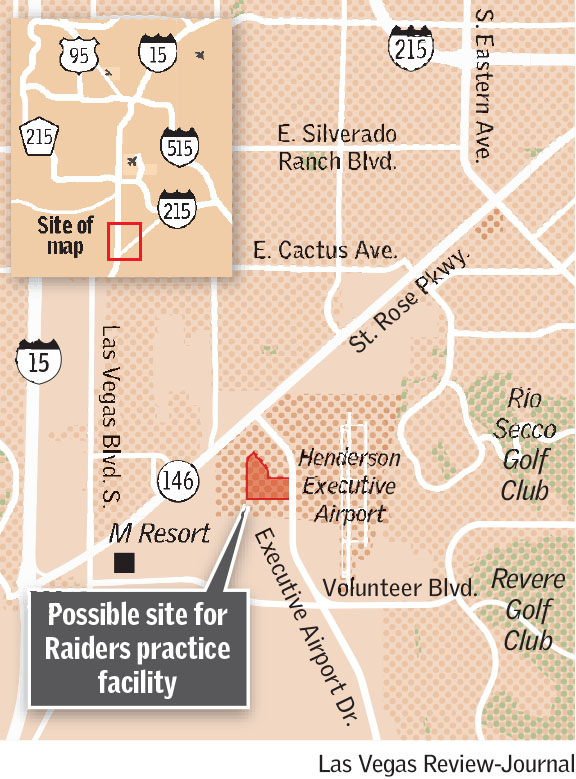 “The best of my understanding is that they have narrowed it down to that site,” he said.

Raiders President Marc Badain declined to comment Tuesday, but said details about the team’s practice facility and headquarters site should be made public before the end of the year.

“We are looking at a number of locations,” he told the Review-Journal Monday at a groundbreaking ceremony for the stadium. “We should have an announcement hopefully in the next four to six weeks on one potential option. It’s probably the worst kept secret out here.”

March said the practice facility could bring 300 jobs to Henderson.

“That’s certainly an opportunity for any community to take a look at,” she said.

In August, Bank of America managing director of sports finance Elliott McCabe told the Las Vegas Stadium Authority that the Raiders have budgeted $100 million for a practice facility and team headquarters.

Ground was broken Monday night on the Raiders’ $1.9 billion, 65,000-seat domed stadium, which will open in July 2020. Minneapolis-based Mortenson Construction and Henderson’s McCarthy Building Cos. have been hired to build the stadium located adjacent to the Strip.

The Raiders are moving from Oakland, California, to Las Vegas before the 2020 NFL season.