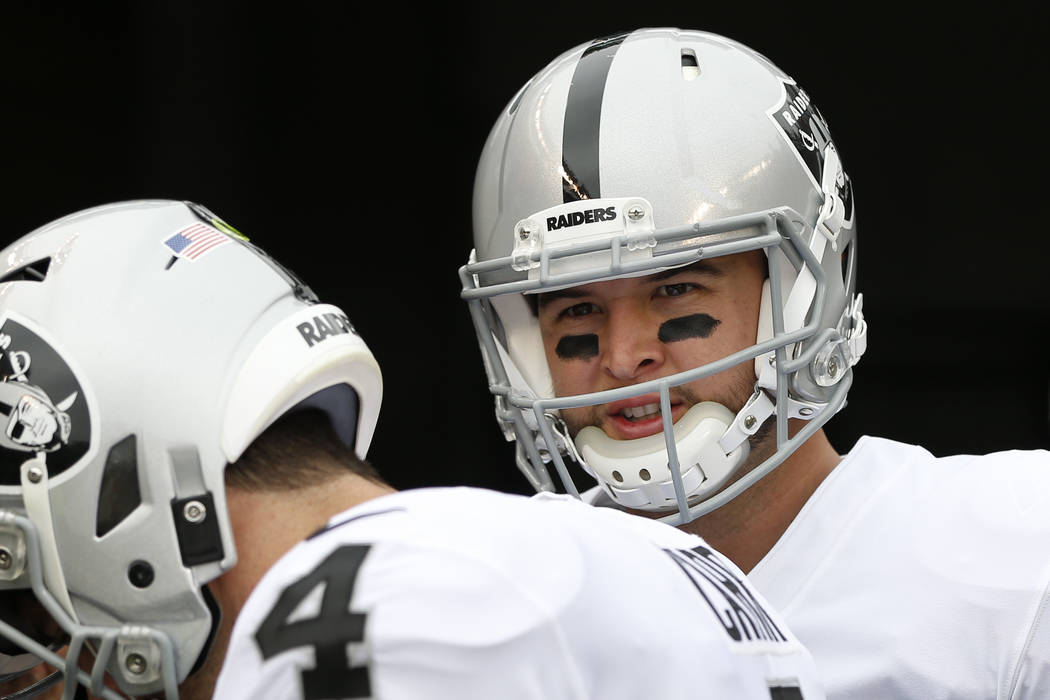 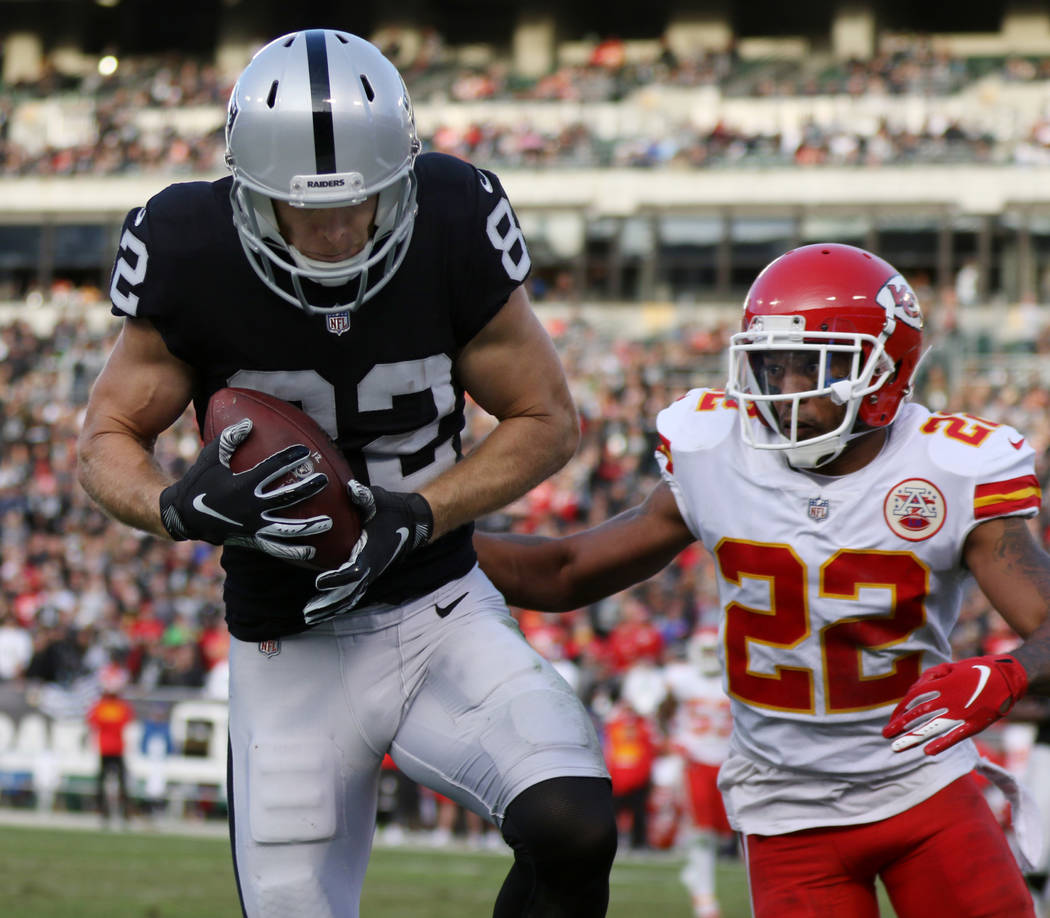 Within the past five days, the team used significant capital to acquire wide receiver Antonio Brown, offensive tackle Trent Brown, wide receiver Tyrell Williams and defensive back Lamarcus Joyner. It still possessed a comfortable amount of cap room, but more cash was required to fill out the roster.

Nelson and McCarron were cut candidates with deadlines approaching.

The door has not been closed for Nelson to rejoin the club at a lesser cost. Though his ability to separate from defenders has declined, he remains a steady option whose greatest value arguably comes on the practice field and in meeting rooms.

The Raiders would have owed McCarron a $3 million roster bonus if he were still on the roster Friday. Additionally, $1.1 million of his $1.9 million salary would have become fully guaranteed Sunday. His absence produces $5 million in cash and cap savings.

McCarron was acquired in September from Buffalo for a 2019 fifth-round pick.

Nathan Peterman is the No. 2 quarterback behind Derek Carr. At least one more backup is expected to be added by the April 27 conclusion of the draft.

Joyner thought he knew what he wanted in free agency.

He grew up in South Florida. He attended college at Florida State. After the Los Angeles Rams drafted him in the second round in 2014, he was intent on returning to the East Coast. Nothing could change his mind.

Or so he thought.

“In my mind, I thought nothing was going to change that until I heard coach Jon Gruden called, and I kind of did a whole 180,” Joyner said in a conference call with Raiders reporters. “After getting to talk to him and some of the guys in the building, I was very excited about the way they were going to use me and how people were happy to have me here. That was the biggest decision-making point for me.”

Joyner is expected to be the Raiders’ primary nickel cornerback this season.

“There is a lot of history here,” Joyner said of Oakland. “I definitely wanted to come and be a part of the history, and I also wanted to be a part of new beginnings. Hopefully, we do a lot of great things this year and make Nevada even more excited to have us.”

Aside from him, Joyner is the only unrestricted free agent who has joined the team on defense. The Raiders pursued former Arizona Cardinals defensive end Markus Golden this week. Despite what one person close to the situation characterized as a late Thursday push, Golden agreed to terms with the New York Giants. They outbid the Raiders.

Arden Key, a 2018 third-round pick, remains the club’s only defensive end under contract.