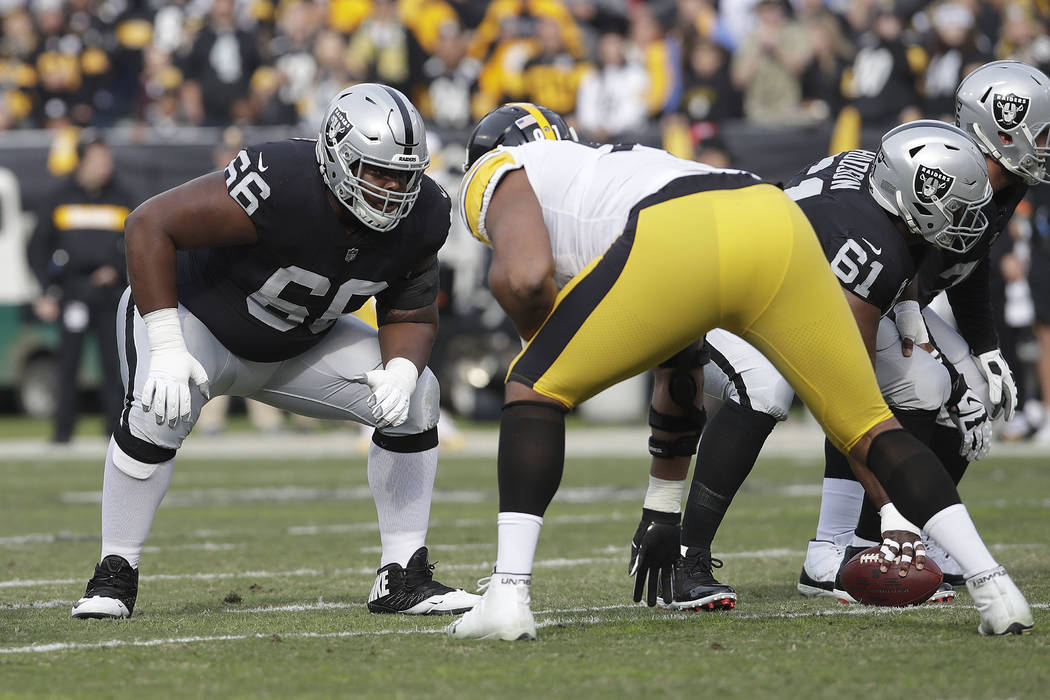 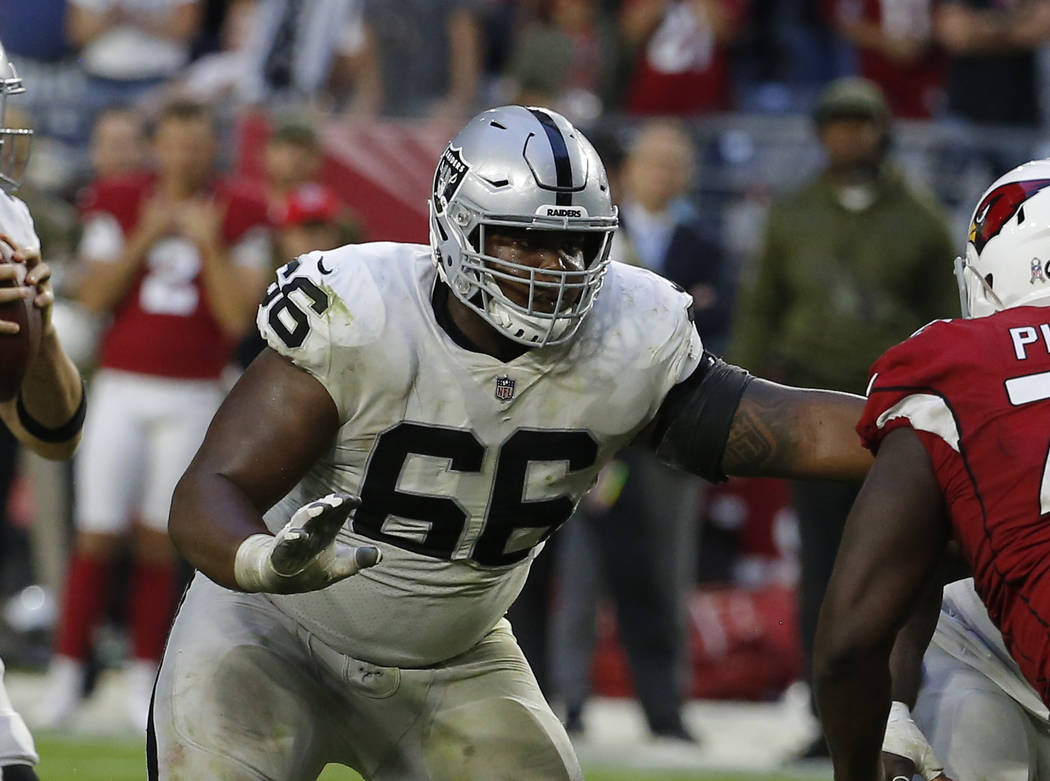 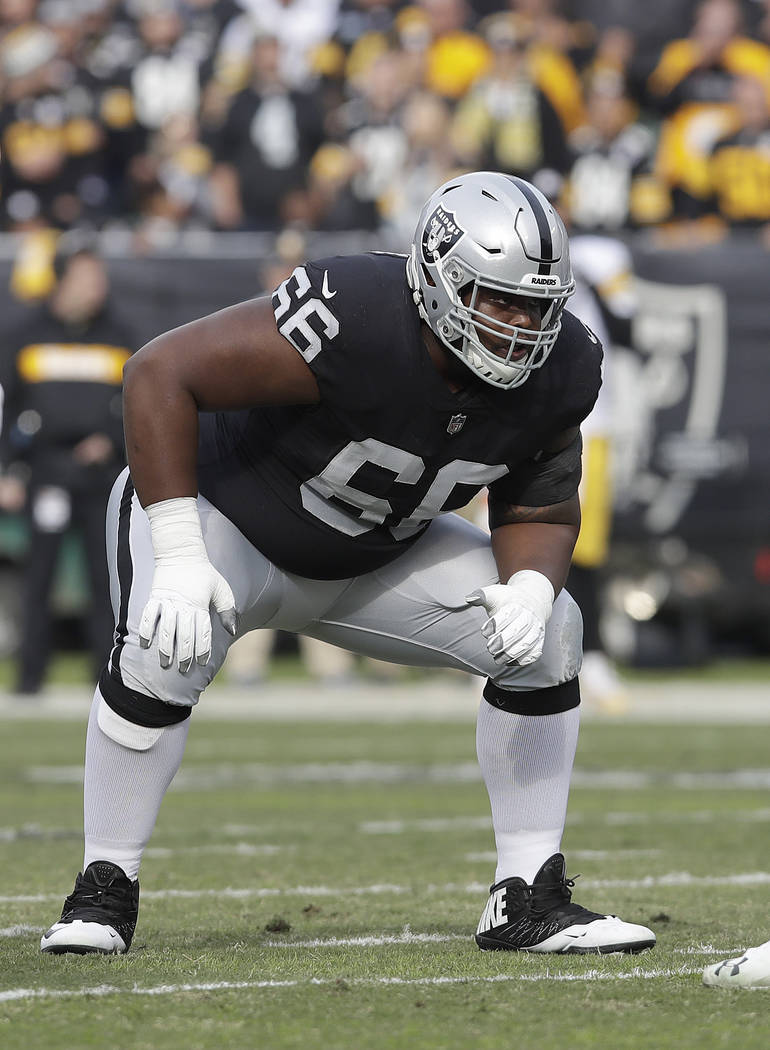 And he kept going.

Jackson fractured an elbow Dec. 9 when he and Pittsburgh Steelers defensive end Stephon Tuitt fell to the ground and one of Tuitt’s legs inadvertently wrenched Jackson’s left arm. Jackson sat up and tested the arm. Its mobility was reduced dramatically.

And he kept going.

No trophies will be awarded to commemorate this Raiders season. No banners will be hung. No parades will be held. But inside club headquarters, there is pride for such individual performances as what Jackson contributed in 2018.He essentially blocked for most of the season with one arm.

His example of physical toughness is one of many this season for the Raiders (3-11), who on Monday host the Denver Broncos. Center/guard Jon Feliciano, for example, received a game ball for finishing that same Steelers game with a calf ailment that landed him on injured reserve.

“Those are the things you look back on years later, like, ‘I was a part of some fighters,’ ” Jackson said. “It doesn’t feel good right in the moment, but it’s always something you can remember, especially knowing that you battled and fought with your brothers and people that you love. Those things, you can go back, and it’s always a better feeling … than stepping back and not giving it your all and regret.

“That’s what you’d have later. That’s one thing I don’t want to have when I leave this game.”

Jackson tore his left pec during the Raiders’ first game and broke his elbow during the 13th.

Both injuries happened in the first half. He finished both games. He played all 855 snaps in the first 13 games this season.

On Sunday, a few hours before the 14th, he tested his elbow in hopes to play against the Cincinnati Bengals but — upon the determination that he would hurt the team if he did so — was ruled out.

Only then did he miss an offensive snap.

“A guy like Gabe is the reason I keep playing,” said defensive end Frostee Rucker, 35. “He’s the reason we show up every day. When guys are selfless and will do whatever it takes to help the team win, they don’t make awards for stuff like that. He wasn’t high on the Pro Bowl ballot or anything like that. … The last thing you want to do is go out there when you’re really injured because it looks bad on film.

“But the mindset he has to go out there and compete versus the very best interior guys and to be hurt the way he is with a fractured elbow and not miss a snap, hat goes off to him. He’s the complete embodiment of a teammate.”

Jackson tried to make do. Lacking an interior punch for much of the season, he angled his body in certain directions to force interior lineman to his outside arm. Those were his Sundays.

In the days between, the Raiders took care of him , as he either missed or was limited during practice. His upper-body activity also was limited in the weight room.

Jackson won’t need surgery on his pec, which has improved, or his elbow.

Only the rest he refused himself.

“It’s tough, but at the end of the day, you’re only responsible for what you can do,” said Jackson, who played through a right ankle injury throughout the second half of 2017. “I tried to give all that I had and show my teammates that I was giving what I had. I love them guys, and I’m pretty sure they love me, too.