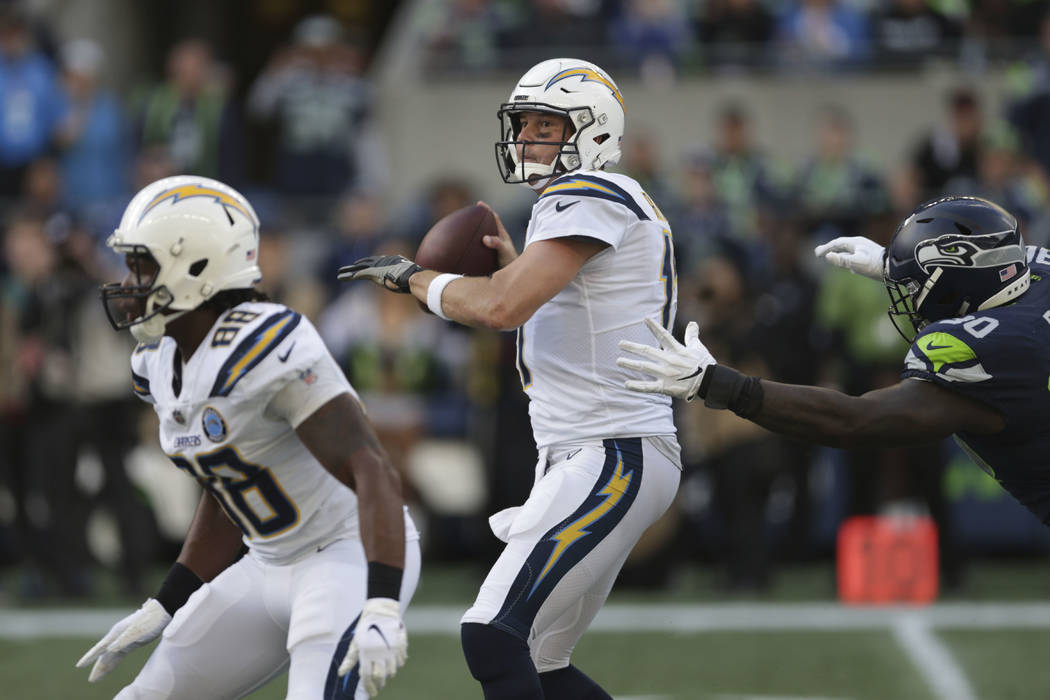 Los Angeles Chargers quarterback Philip Rivers in action against the Seattle Seahawks during the first half of an NFL football game, Sunday, Nov. 4, 2018, in Seattle. (AP Photo/Scott Eklund) 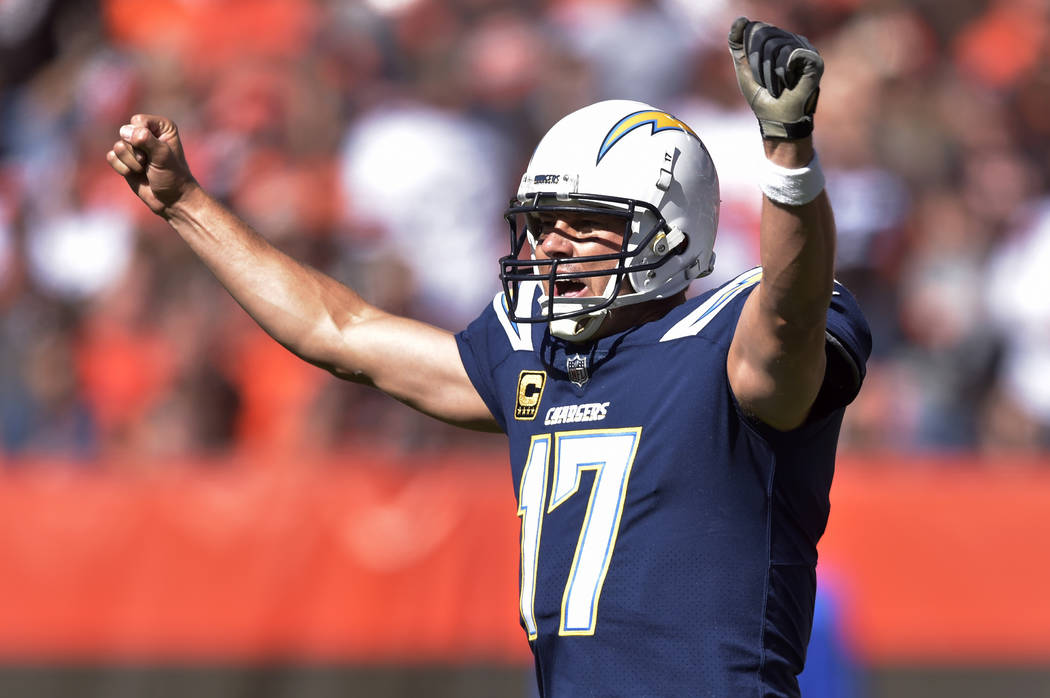 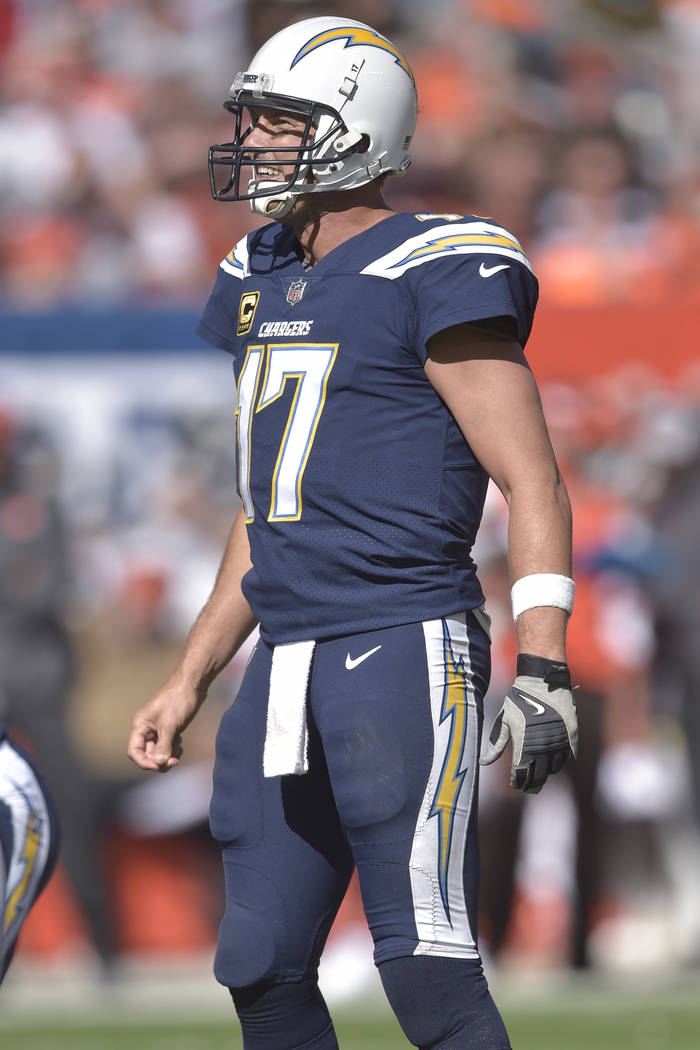 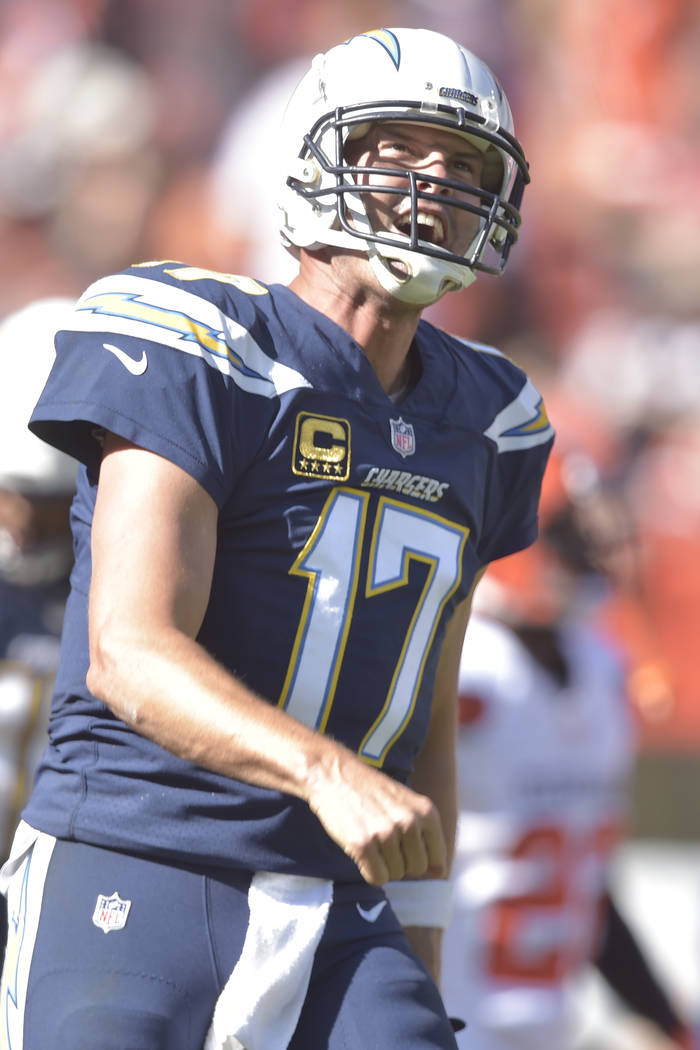 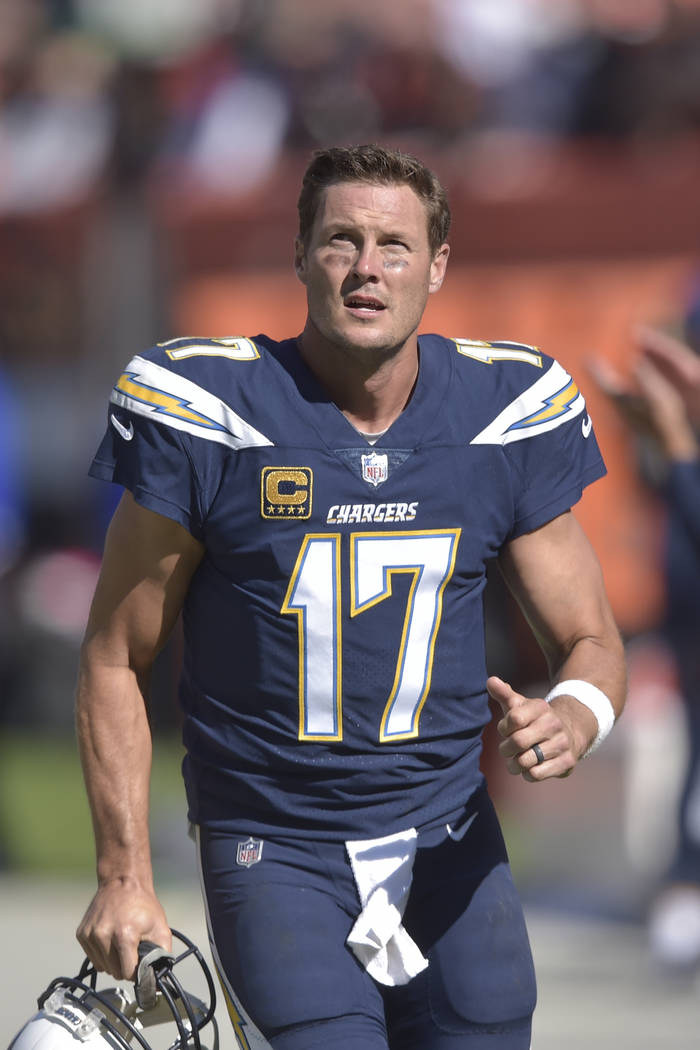 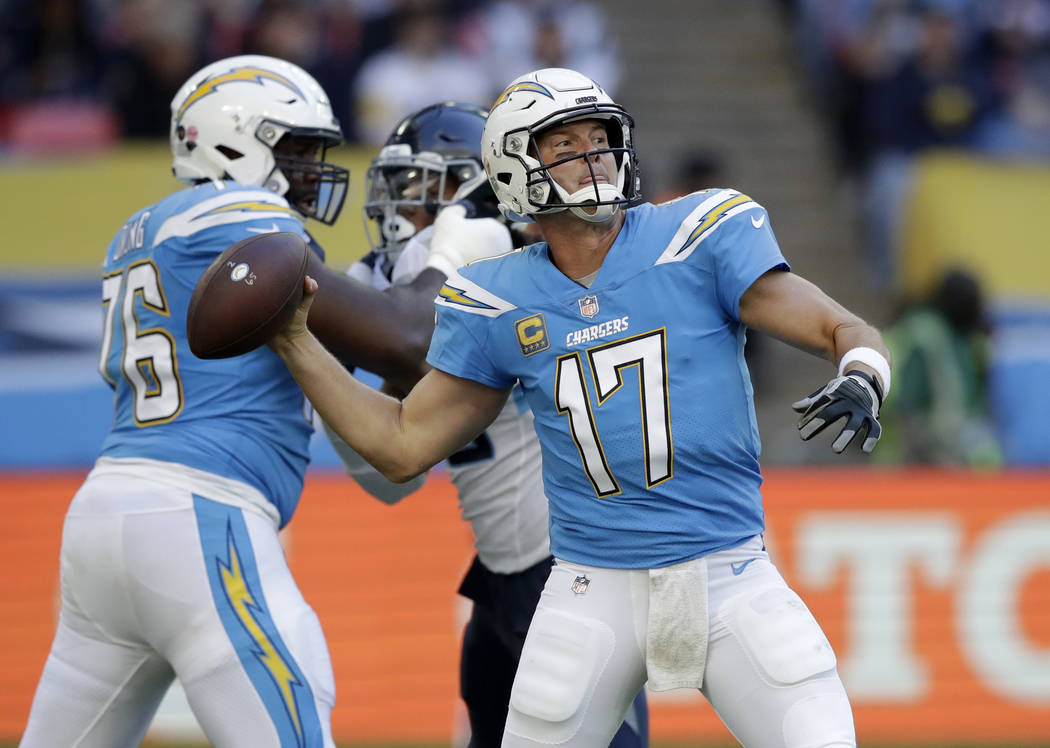 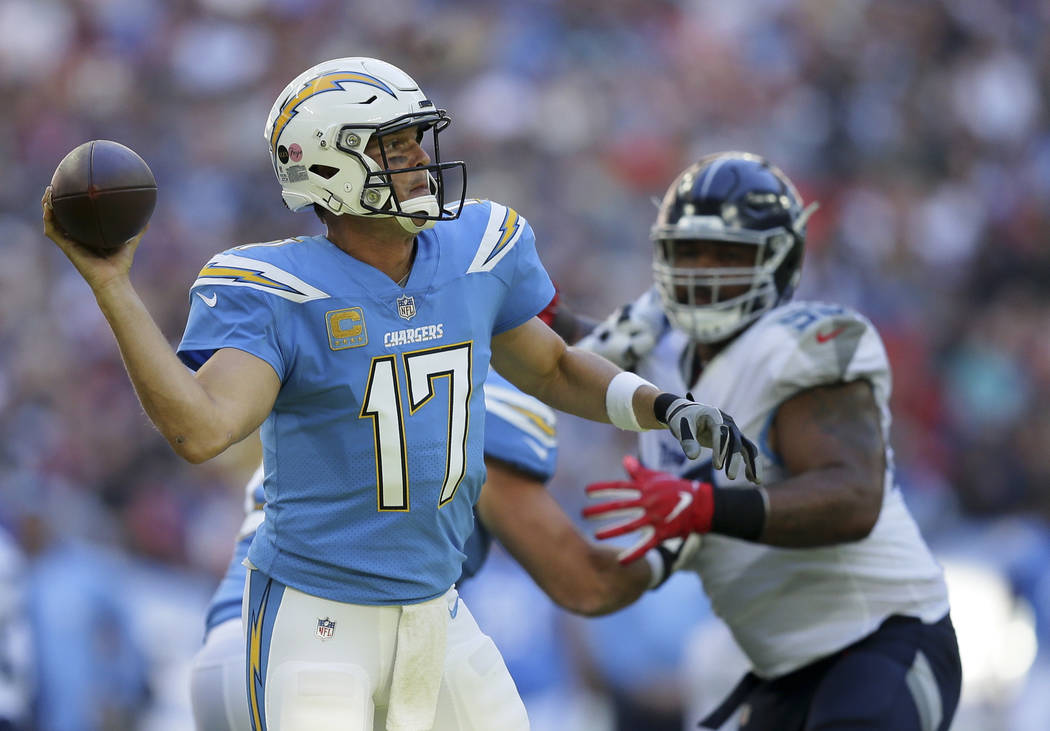 OAKLAND, Calif. — The Raiders can take a good look Sunday.

This could be it.

Days ago, coach Jon Gruden rattled off his impressions of the Los Angeles Chargers’ roster. To some degree, he watched it develop firsthand, attending practices on occasion as an ESPN broadcaster before the franchise relocated in 2017 from San Diego.

He chatted with quarterback Philip Rivers and general manager Tom Telesco. He studied defensive end Melvin Ingram and wide receiver Keenan Allen. He assessed the impact that such factors as injuries and poor offensive line play had on the club’s on-field success.

Internally, the Raiders consider themselves a project.

The Chargers, who have a Bosa, can be considered a prototype.

Two division rivals with an extensive history — this will be their 118th matchup since 1960 — will meet Sunday at Oakland-Alameda County Coliseum. To a large degree, the Raiders’ present will oppose what, if all goes to plan, could develop into their future. Both clubs reside in different phases of their roster’s construction.

The Raiders’ secondary underwent a significant overhaul this offseason and, with fluctuating roles, largely has been in flux in the first eight games. The Chargers, despite losing cornerback Jason Verrett in late July, possess one of the NFL’s top secondaries, including rookie safety Derwin James and cornerbacks Casey Hayward Jr. and Desmond King.

When assembled, this Raiders roster was heavily reliant on free agency, an approach devised more from necessity than philosophy.

The other was built mainly through the draft.

“I think they’ve improved their team tremendously,” Gruden said. “It’s taken some time. (Rivers) took some beatings there for a while. (Left tackle Russell) Okung is healthy. He’s playing good football. He’s back. The two guards that they drafted (Forrest Lamp and Dan Feeney), I mean, they’ve added some good players to their front. They fortified their offense. They were able to run the ball. They have a good, creative scheme. Two distinctly different backs (Melvin Gordon and Austin Ekeler). 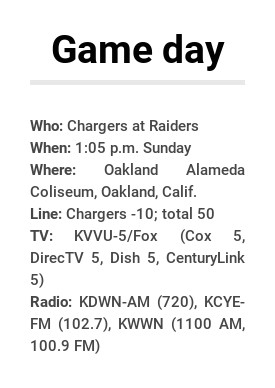 “They have some guys that can really raise hell on the outside now. (Wide receiver Mike) Williams is healthy. Keenan Allen has been a good player. They have balance. The great thing I think they have going for them is they’re playing good defense. They’re giving Rivers the ball back time and time again. It’ll be a great test for us.”

The one-win Raiders have forced two takeaways in their seven losses.

A better pass rush would help.

Defensive end Joey Bosa won’t be available Sunday for the Chargers (5-2); a foot injury has sidelined him all season. Perhaps the next time these teams meet, two Bosas will share the field. Defensive end Nick Bosa, his younger brother, is widely viewed the top prospect in the 2019 NFL draft. The Raiders could select him April 25, possibly with the No. 1 overall pick.

The Raiders have lost four straight games by an average of 21.5 points.

Should the trend continue Sunday, it won’t merely reflect where they stand today. It will reflect the direction where the franchise could be headed.