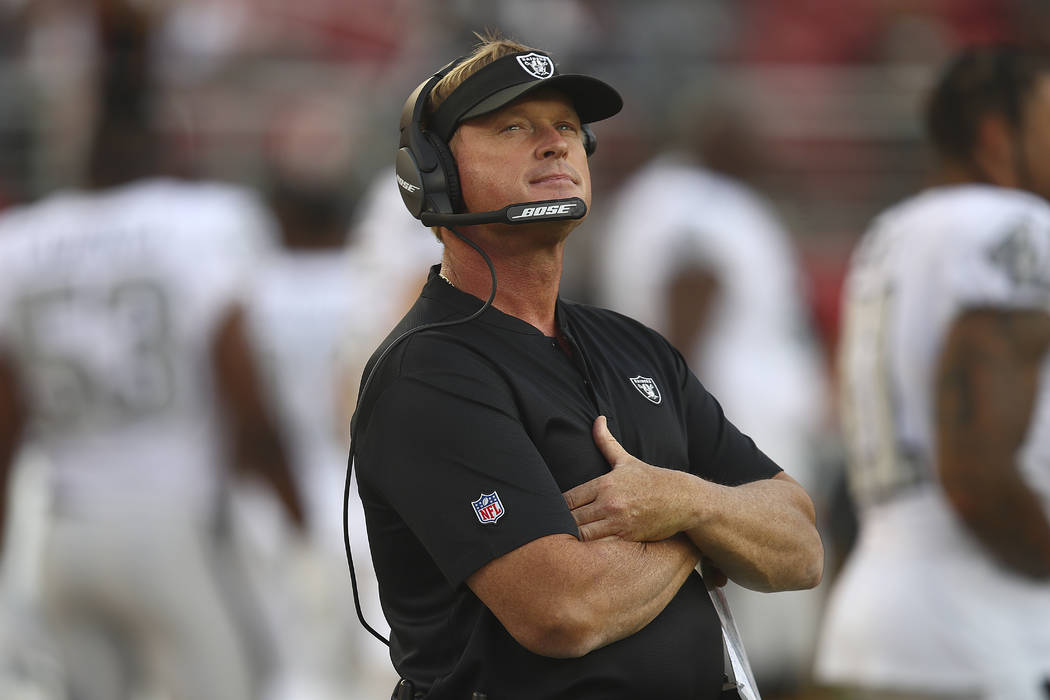 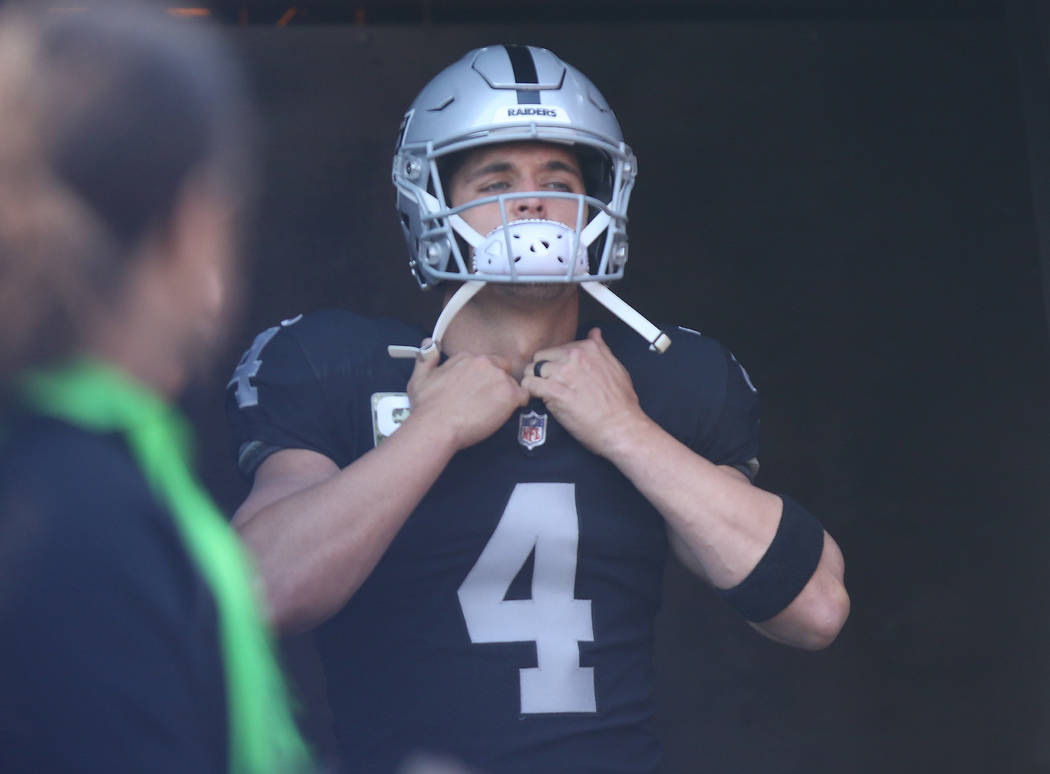 GLENDALE, Ariz. — When the Raiders assembled their offense this past offseason, they envisioned Marshawn Lynch wrecking defenses at running back. They planned for Amari Cooper, Jordy Nelson and Martavis Bryant to serve as a dynamic enough trio at wide receiver.

On Sunday, none of those weapons will be available for quarterback Derek Carr.

This leaves a defense to do something it largely hasn’t all season.

Pick up the slack.

The Raiders’ only win this season came in Week 4 against a rookie quarterback. They forced multiple turnovers. They recorded multiple sacks. They provided the offense possession in opponent territory. None of these feats were achieved the other eight games, but a clear opportunity awaits Sunday against Arizona Cardinals rookie quarterback Josh Rosen.

Given the state of the offense, it’s an opportunity that likely must be seized in order to win.

And make things easier on Carr.

Oakland has not scored a touchdown in nine quarters and three of its past four games.

Amid a rash of injuries on the offensive line, Lynch injured his groin Oct. 14 and is expected to miss the season’s remainder. Doug Martin stepped in for him. Cooper was traded to the Dallas Cowboys on Oct. 22. LaFell filled in as the “Z” receiver. Last Sunday, Nelson and Bryant both suffered knee injuries. Those will sideline Nelson for at least this game and Bryant for likely multiple.

Rookie wide receivers Marcell Ateman and Saeed Blacknall began the season on the practice squad and are expected to make their NFL debuts Sunday. Not easing their transition, the Raiders practiced just once all week. Thursday’s and Friday’s sessions were changed to indoor walkthroughs amid poor air quality from Camp Fire in Butte County, California.

Ateman, a seventh-round pick, is expected to see significant work.

The training camp standout is a candidate to start at the “X” receiver spot.

“He still makes the contested catches,” offensive coordinator Greg Olson said. “He’s getting better as a route runner — very competitive player and obviously offers you the size that you are looking for (6 feet, 4 inches). He’s had a good fall for us in that role on the practice squad, and we are looking for big things from him.”

On April 26, the Raiders traded back five spots in the first round with Arizona, which selected Rosen at No. 10 overall.

Rosen has dealt with the sort of struggles that typically accompany a rookie quarterback. He’s been sacked 18 times the past four weeks. He’s thrown seven interceptions in that span, two of which the Denver Broncos returned for touchdowns last month. For the season, the Cardinals have scored 18 or more points just twice. Those games, against the San Francisco 49ers, were their lone wins through nine games.

On Sept. 30, the Raiders last faced a quarterback from the 2018 draft class. They forced four takeaways and twice sacked the Cleveland Browns’ Baker Mayfield in a 45-42 overtime win. Mayfield, the No. 1 overall pick, was making his first regular-season NFL start.

Sunday presents a chance to provide a similar lift.

The offense sure could need it.