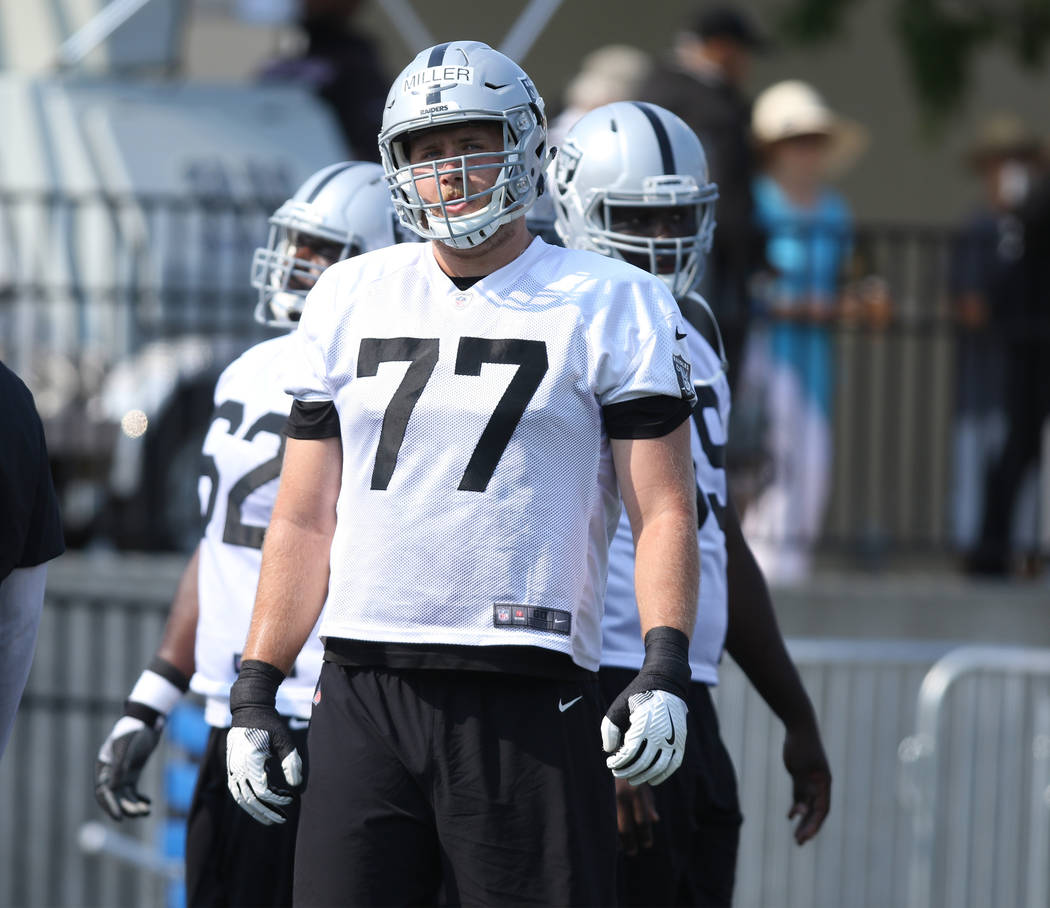 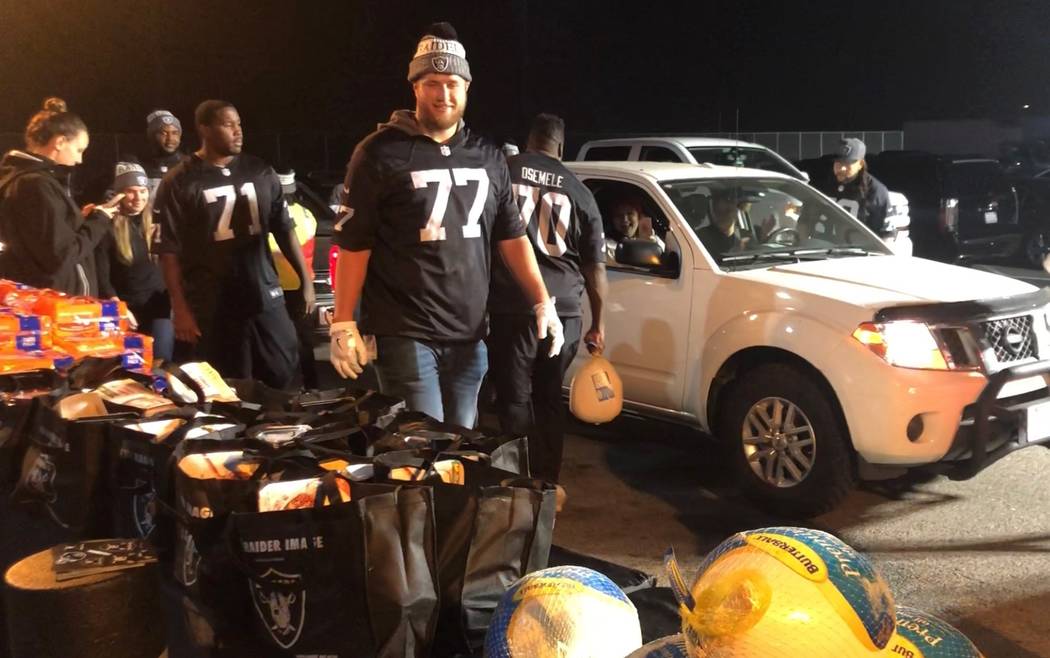 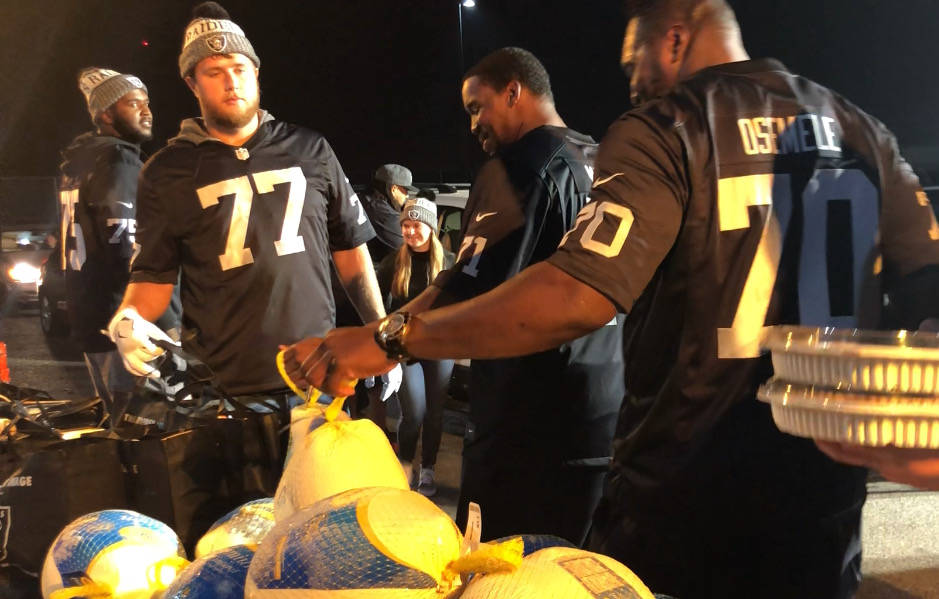 ALAMEDA, Calif. — They communicated over Christmas music as they would a capacity NFL crowd.

Ten Raiders offensive linemen worked in unison Tuesday evening to ensure Violet Araiza had it all — a Butterball turkey, pumpkin pie, Hawaiian bread rolls and such fixings as stuffing, potatoes and gravy — packed into a vehicle already loaded with her young children.

Araiza, an Oakland resident and Raiders fan, thanked the players.

They wished her happy holidays in return.

Two minutes later, with her vehicle parked and infant daughter in her arms, Araiza fought back tears.

“It means the world to me,” she said, “because without that, we wouldn’t have a Thanksgiving dinner.”

The Raiders offensive line pooled together money to purchase 125 turkey dinners for Bay Area families in need. This is an annual tradition that tackle Donald Penn brought to the club in 2014 from the Tampa Bay Buccaneers. Players fully plan to continue it through the franchise’s 2020 relocation to Las Vegas.

Rookie Kolton Miller said he feels a responsibility. He was visibly moved when told of Araiza’s emotional response to the linemen’s efforts.

“That’s amazing right there,” Miller said. “That pays it off. That makes it all worth it. …During this time of the year, it’s really good to spread the love around and be thankful for what you have, and I think this is a great way to do that.”

The Raiders said that they leaned on various community partners, including the Boys and Girls Club, the Alameda Family Justice Center, and local non-profit organization Girls, Inc., to select needy families.

Penn (groin) is on injured reserve, but he moved around well Tuesday, assuring the event went smoothly. A group of connecting tables set up a long surface on which food items were placed in an employee parking lot at the Raiders’ facility. Vehicles such as Araiza’s were checked into the headquarters upon arrival and directed to the lot.

There, recipients parked but left their vehicles’ engine running.

Players approached with food, signing autographs and posing for photographs upon request. If children were in vehicle, the linemen also offered Raiders-themed stickers and eye black.

Penn acknowledged he won’t be able to facilitate the event forever. He will turn 36 in April. This is his final season under contract. Even if he was to return in 2019, which is no guarantee, he plans for that NFL season to be his last.

“I think it’s fantastic,” quarterback Derek Carr said. “Our older guys, they understand how important it is to give back. We’re playing a game, and people love that we play this game, and we talk about it all the time. But at the end of the day, we have an opportunity to give back the little bit that we’ve learned throughout our time being here, just our platform, how important it is, whatever your message is, to help other people.

“I think what was really cool is the our older guys get that, but those young guys get to see that now. Hopefully, it’s something that they do, Kolton (and Brandon) will do for the next however many years (they play). That’s something they’ll want to do for the communities they’re playing in.”