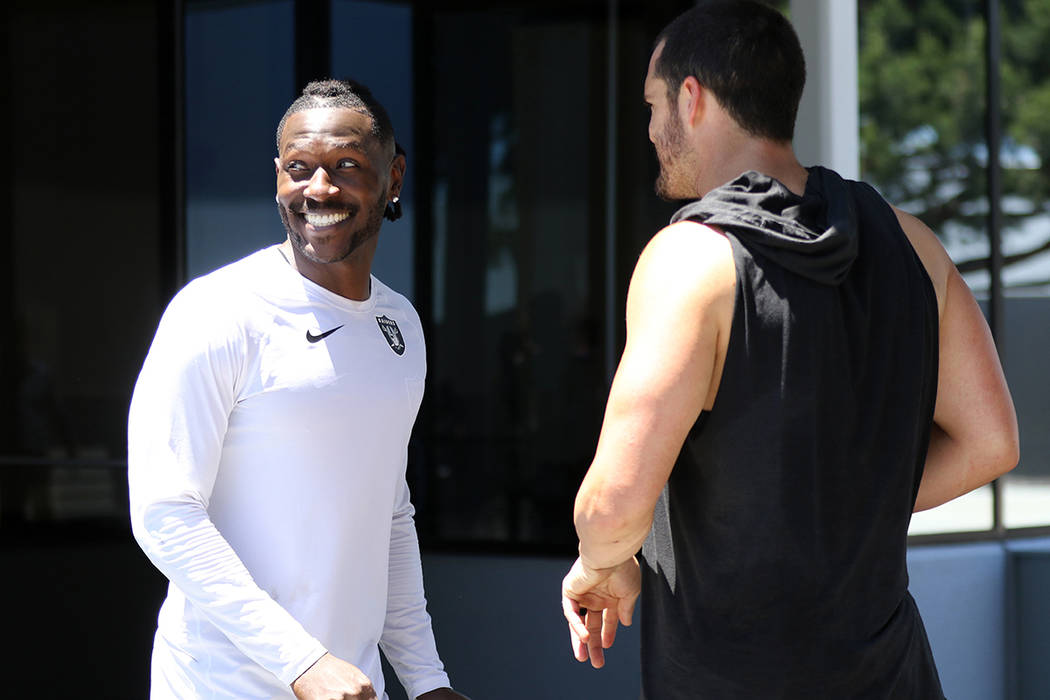 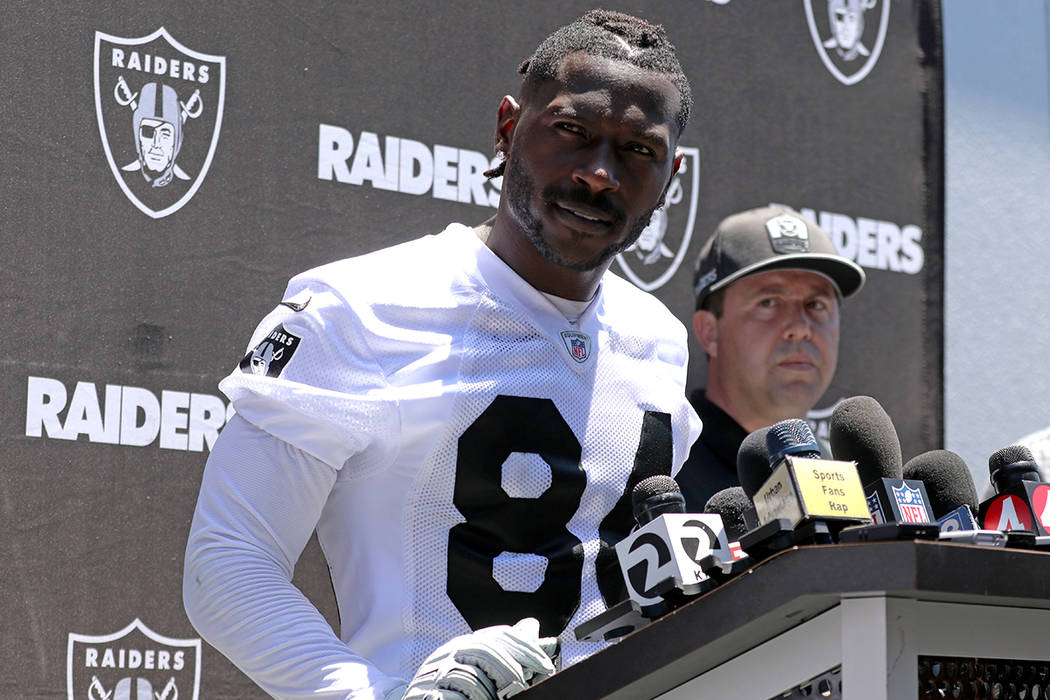 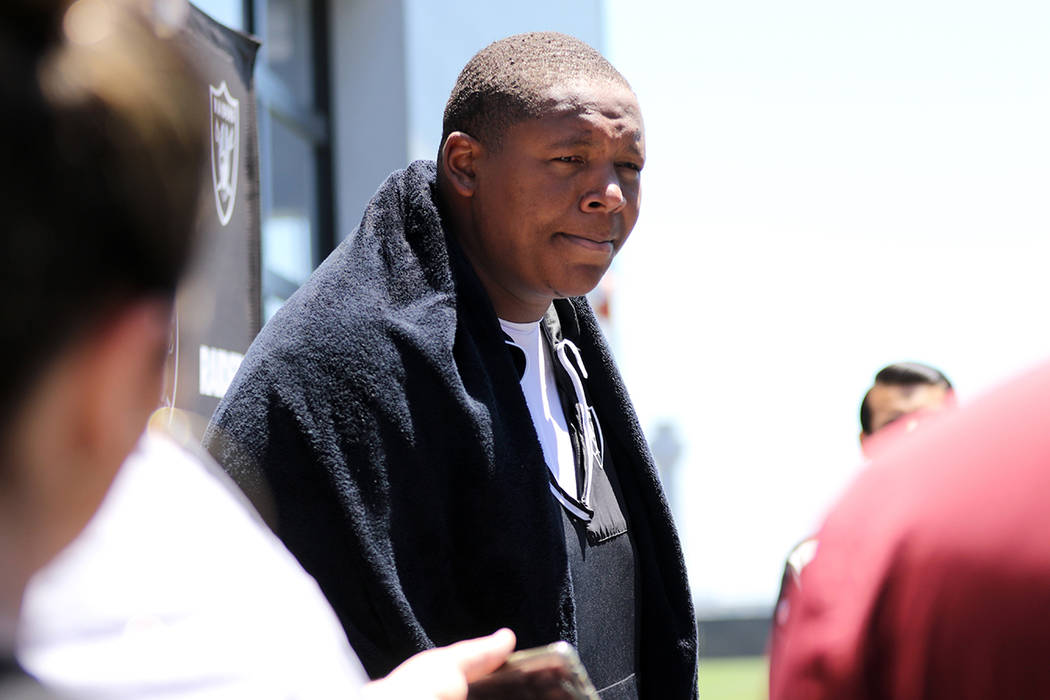 ALAMEDA, Calif. — Raiders wide receiver Antonio Brown spent much of his time on the practice field Tuesday playfully jawing with teammates and a few moments of his media availability answering their yells with lighthearted calls that sounded almost like a secret language between new friends.

There appeared to be no indications of the kind of friction that has been hyped up from his previous stop in Pittsburgh. He played the first nine seasons of his career there before splintering relationships in the Steelers’ locker room led to his departure and a massive new contract with Oakland.

Of course, as Brown said Tuesday, it’s very early in the process of developing chemistry with his new team.

“Camaraderie is key,” he said. “Any team needs camaraderie to win and know the guys and have their back. That’s why we’re here today, to build camaraderie and show the guys what I’m all about and continue to build.”

That begins with quarterback Derek Carr. While much was made of the deterioration of the relationship between Brown and Ben Roethlisberger in Pittsburgh, Brown has made it clear he and Carr are bonding as they prepare for their first season together.

“It’s tremendously important to have a relationship off the field because playing football you get mentally tired, you get frustrated, you always want to have that respect for the guy to know where he’s coming from, know what he stands for and know what’s important to him so you guys can be on the same page, and do what you desire to do — and you desire to win,” Brown said.

A strong connection between Carr and Brown would certainly help rejuvenate a mediocre passing attack that accounted for just 19 passing touchdowns last season.

Brown had praise for his new coach Jon Gruden as well.

“(He) is excited every day,” Brown said of Gruden. “I thought he’d slow it down at OTAs and offseason training, but he’s not stopping. High energy, a lot of passion. He loves the game tremendously. There’s never a dull moment in the meetings with him.”

Projected starting right tackle Trent Brown doesn’t see his move from the left side as much of an issue.

“It is what it is,” he said Tuesday of the move Gruden formally announced earlier this month. “I knew all along I’d be placed where they needed me and I’m fine with the decision.”

Brown, a seventh-round pick of the 49ers in 2015, played on the right side in San Francisco for three seasons before protecting Tom Brady’s blindside in New England last year.

“It’s natural,” the 26-year-old Brown said. “Pretty much just stepping right back into what I was doing. (Moving to the left side) was more of a transition than it is coming back to the right. Definitely had to get my reps in and get my work in and it took some time, but I got comfortable over there and I think I can play either side comfortably now.”

Good among the absent

Guard Denzelle Good was a noticeable absence on a day the Raiders signed veteran Richie Incognito to likely compete for his starting left guard spot.

Good is believed to be dealing with a minor injury.

First-round pick Josh Jacobs was able to get in reps at running back as he works his way back from a minor hamstring injury.