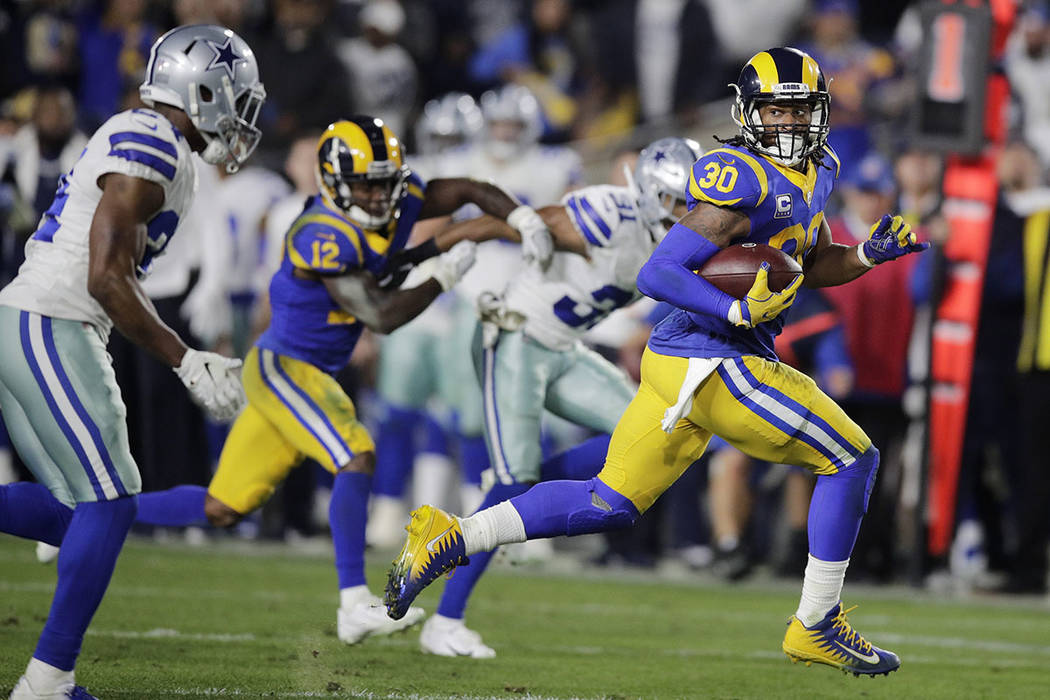 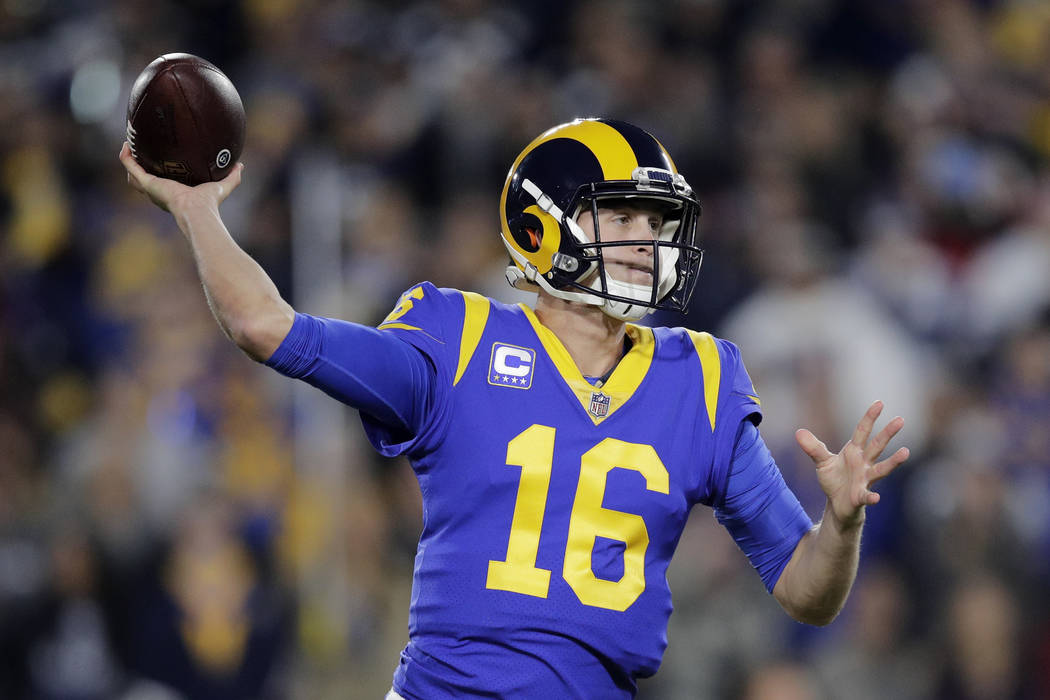 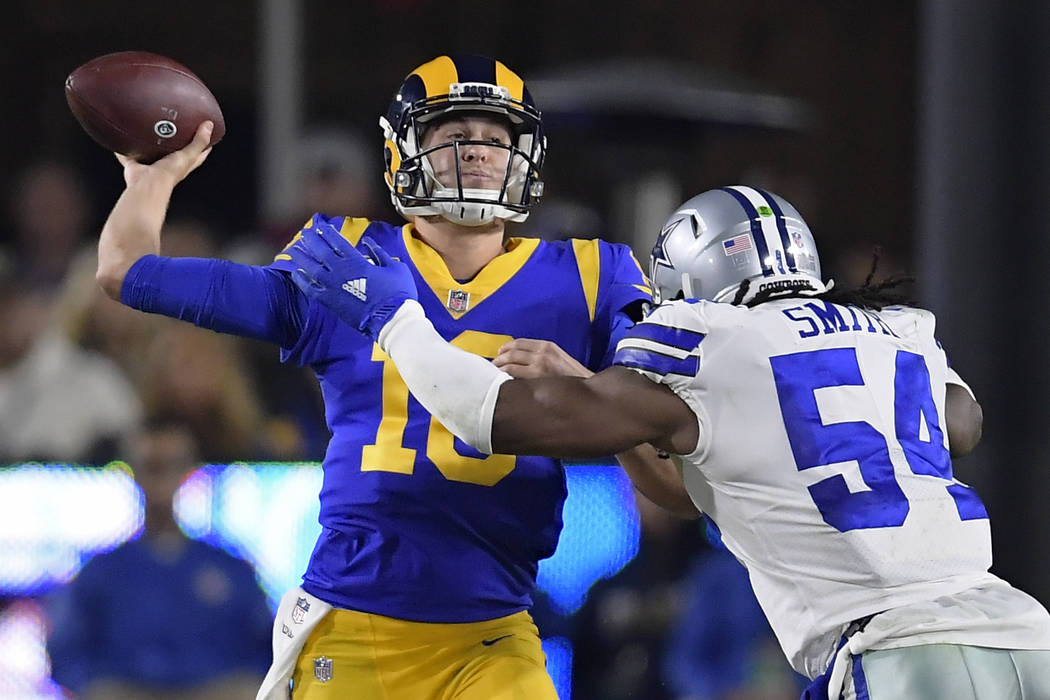 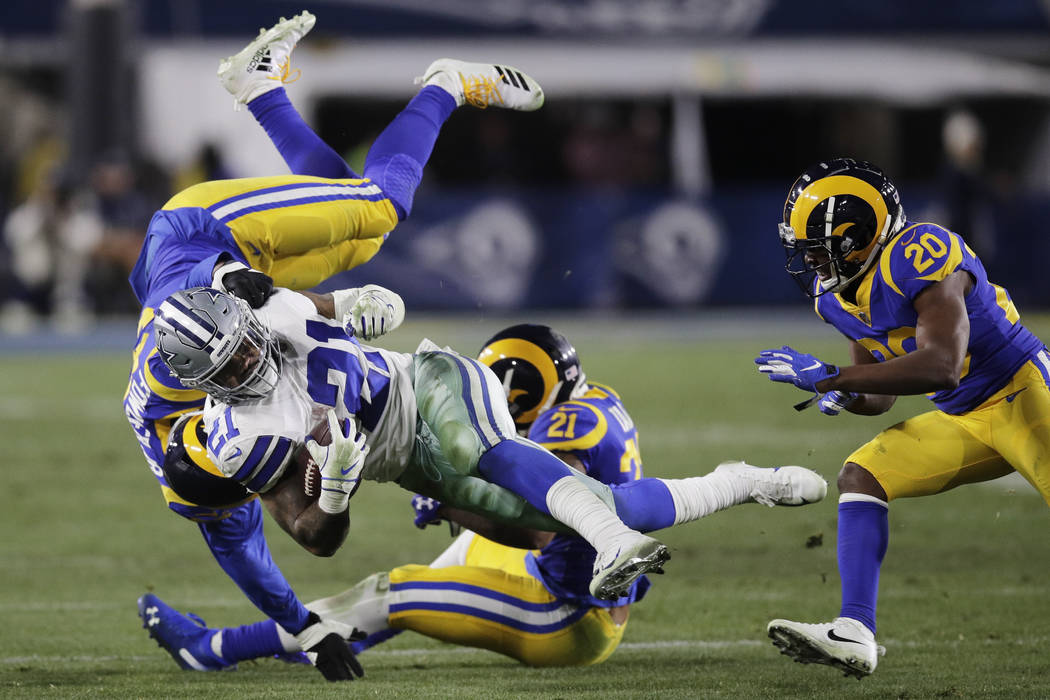 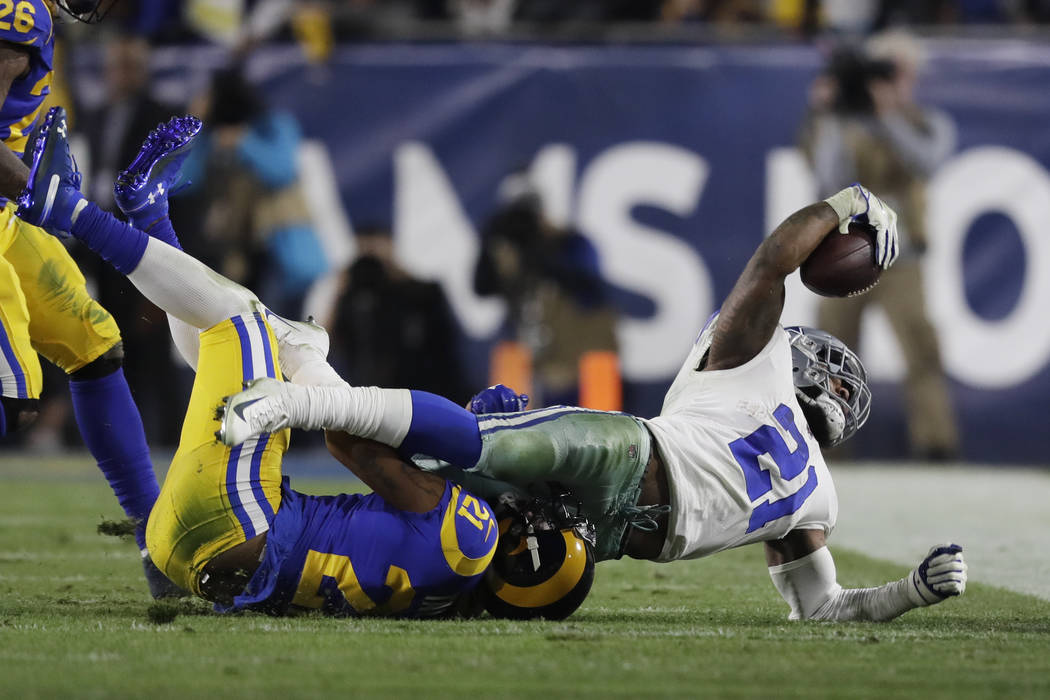 LOS ANGELES — C.J. Anderson rushed for 123 yards and two touchdowns, and Todd Gurley rushed for 115 more yards and another TD in the Los Angeles Rams’ first playoff victory in 14 years, 30-22 over the Dallas Cowboys in the divisional round on Saturday night.

Gurley and Anderson punished the Cowboys’ normally sturdy run defense and sent the second-seeded Rams (14-3) to the NFC championship game for the first time in 17 years. Los Angeles racked up a franchise playoff-record 273 yards on the ground — also the most ever allowed in the postseason by the Cowboys, who were playing in their NFL-record 63rd postseason game.

The long-struggling Rams had won only one postseason game since their last trip to the Super Bowl in February 2002, but 32-year-old coach Sean McVay has added his first playoff victory to his spectacular two-season franchise turnaround.

Ezekiel Elliott rushed for a TD and Amari Cooper caught an early TD pass for the Cowboys (11-7), who still haven’t won a playoff game on the road in 26 years. After winning the NFC East and beating Seattle last week, Dallas lost in the divisional playoff round for the sixth consecutive time and fell short of its first trip to the NFC championship game since January 1993.

Next weekend, the Rams will face the winner of the other divisional playoff game in New Orleans between the top-seeded Saints and the defending Super Bowl champion Philadelphia Eagles.

The Rams are one win away from another Super Bowl trip after McVay’s high-flying, inventive offense largely kept it on the ground, methodically punishing the Cowboys’ normally sturdy run defense with their unlikely running back tandem.

“It’s scary,” Anderson said. “We’ve got two different styles, and we can keep teams off balance.”

Dak Prescott passed for 266 yards and rushed for a TD with 2:11 to play, but the Cowboys couldn’t climb out after falling into a 23-7 hole midway through the third quarter. Elliott managed just 47 yards on 20 carries as Dallas lost for just the second time in its last 10 games.

Jared Goff passed for 186 yards and spent much of the night handing off, but the gangly quarterback improbably scrambled 11 yards for a first down with 1:51 to play, essentially wrapping up his first playoff victory.

“Incredible what they did today,” Goff said of his offensive line. “We know this defense and we prepared for it well all week.”

It was also the first postseason victory for the anchor of that line, 37-year-old left tackle Andrew Whitworth, and veteran defensive lineman Ndamukong Suh.

Gurley and Anderson became the fourth set of teammates in NFL history to rush for 100 yards apiece in a postseason game, an improbable development just a few weeks ago. Gurley is the Rams’ offensive centerpiece and one of the NFL’s elite running backs, but Anderson is a veteran playing only his third game with the Rams after signing last month when Gurley was struggling with a knee injury.

They both ran with equal verve while Los Angeles racked up more yards than the Cowboys had allowed on the ground all season. Dallas hadn’t given up 200 yards in a playoff game since Eric Dickerson did it for the Rams in 1986.

But with the Rams’ veteran offensive line cutting holes in the Cowboys’ defense, Anderson became the third Rams player with more than 100 yards and two rushing TDs in a game, joining Dickerson and Marshall Faulk.

Three years to the day after the NFL approved the Rams’ return to Los Angeles, the franchise earned its first playoff victory since coming home from 21 years in St. Louis.

The Rams chewed up the ground and the clock on four lengthy scoring drives in the first half. They kept it up after halftime, particularly on a decisive 12-play, 65-yard drive in the fourth quarter capped by Anderson’s bold 1-yard TD plunge on fourth down with 7:16 to play.

Anderson reached the end zone seven minutes before halftime on a 1-yard plunge. Just 3 1/2 minutes later, Gurley broke through the middle and went 35 yards for his first career playoff touchdown, putting the Rams up 20-7 at halftime.

Elliott scored on a 1-yard plunge and the Cowboys got a 2-point conversion to trim the Rams’ lead to 23-15 in the third quarter.

A sellout crowd assembled in the cavernous Coliseum, with a significant portion of those fans cheering on America’s Team. The sideline was dotted with celebrities, and LeBron James hosted several Lakers teammates in a field suite behind the east end zone.

Cowboys: WR Cole Beasley had one catch for 15 yards, and tight end Blake Jarwin had two catches for 17 yards. They both missed practice all week with ankle injuries.

Rams: Gurley appeared a bit hesitant early in his first action in four weeks, but his knee seemed to hold up well. … CB Aqib Talib went to the locker room in the third quarter to be evaluated for a concussion. He returned for the fourth quarter.