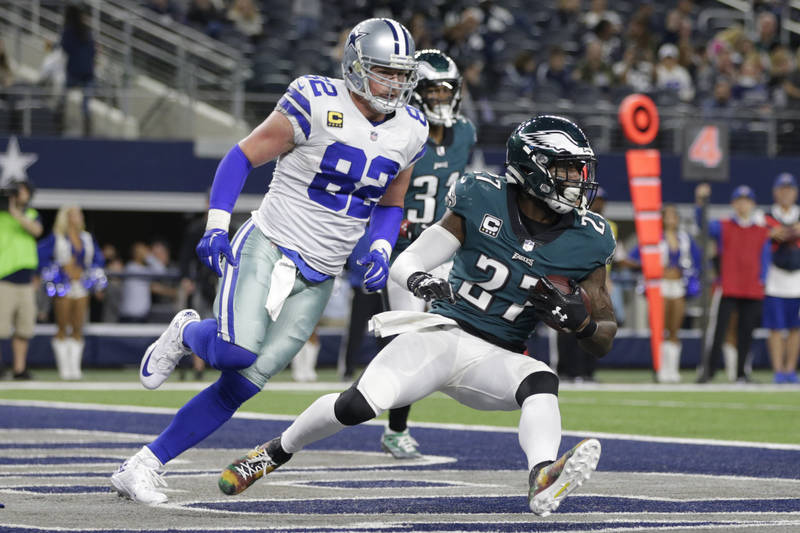 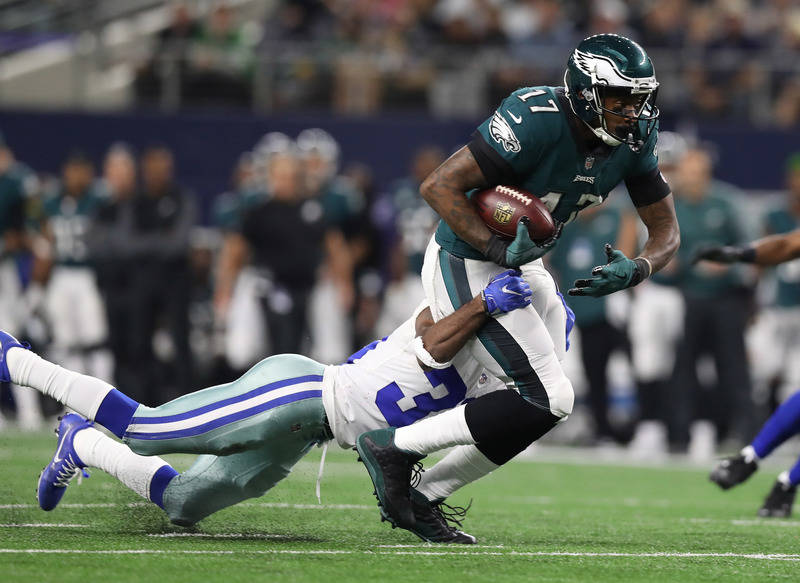 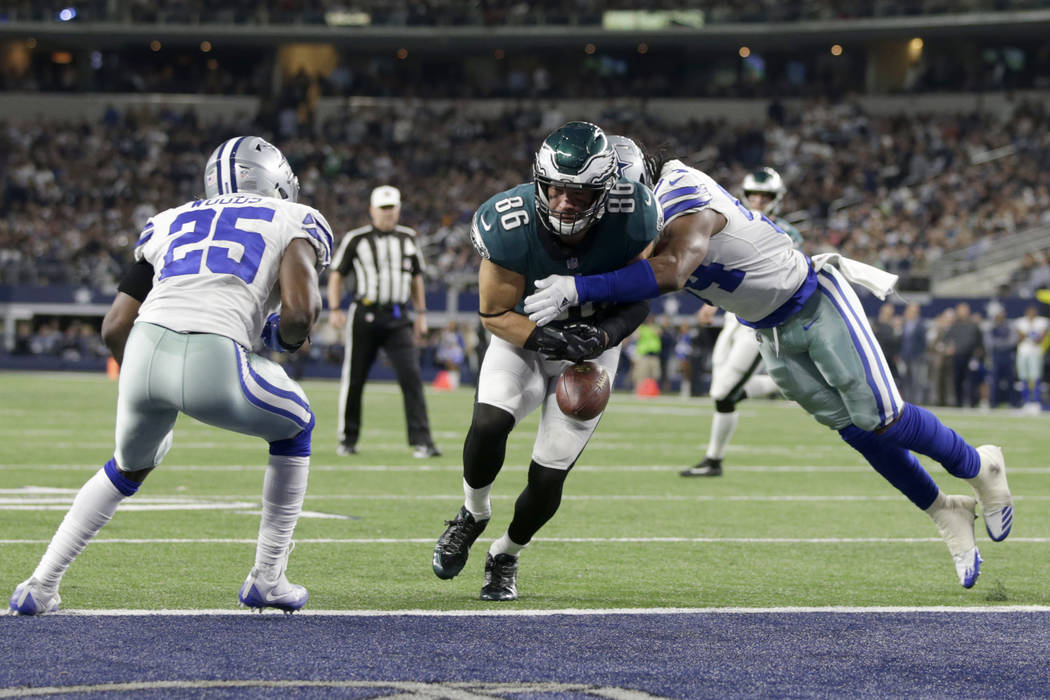 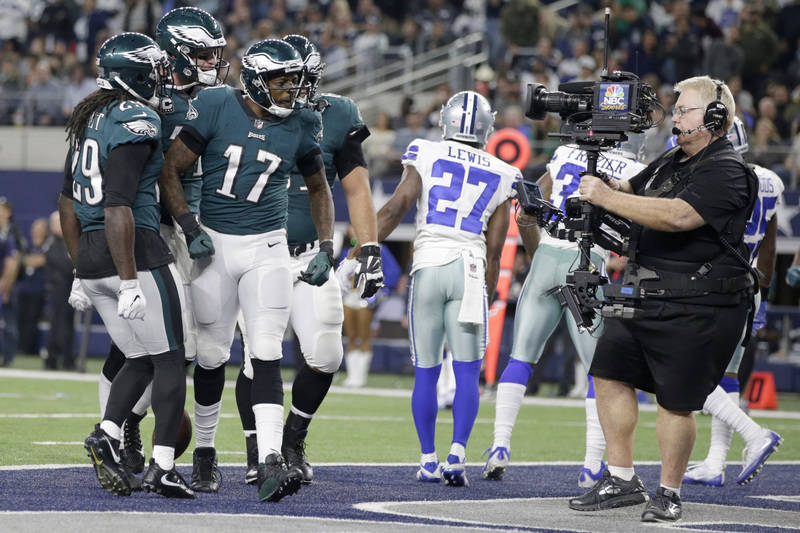 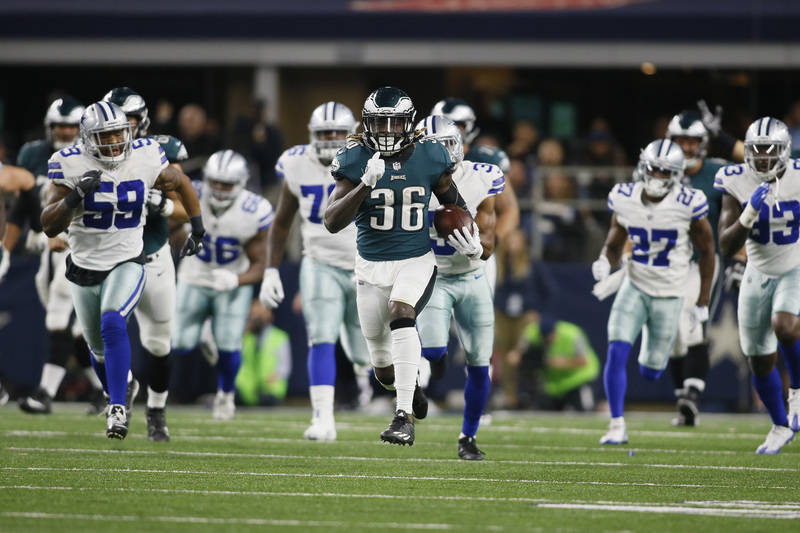 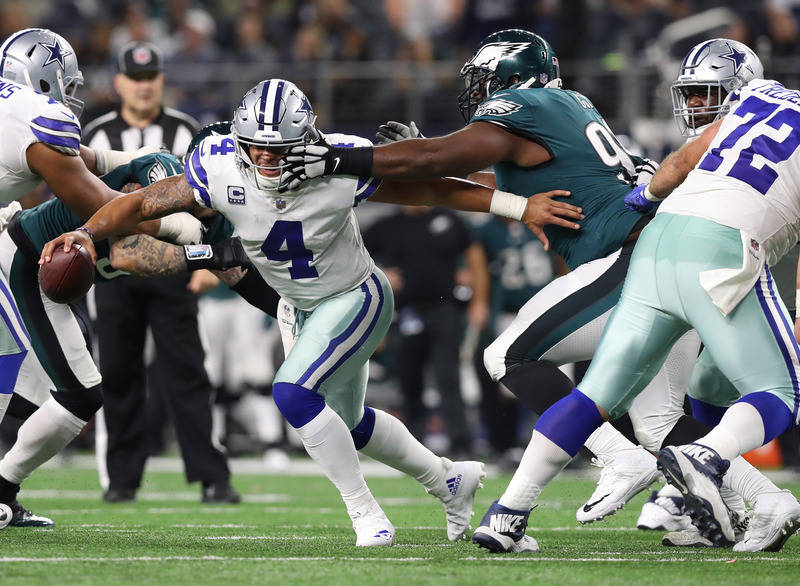 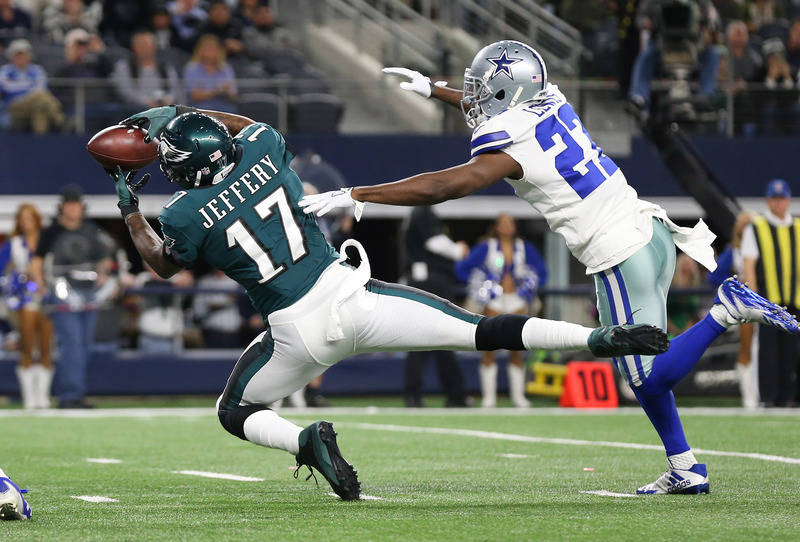 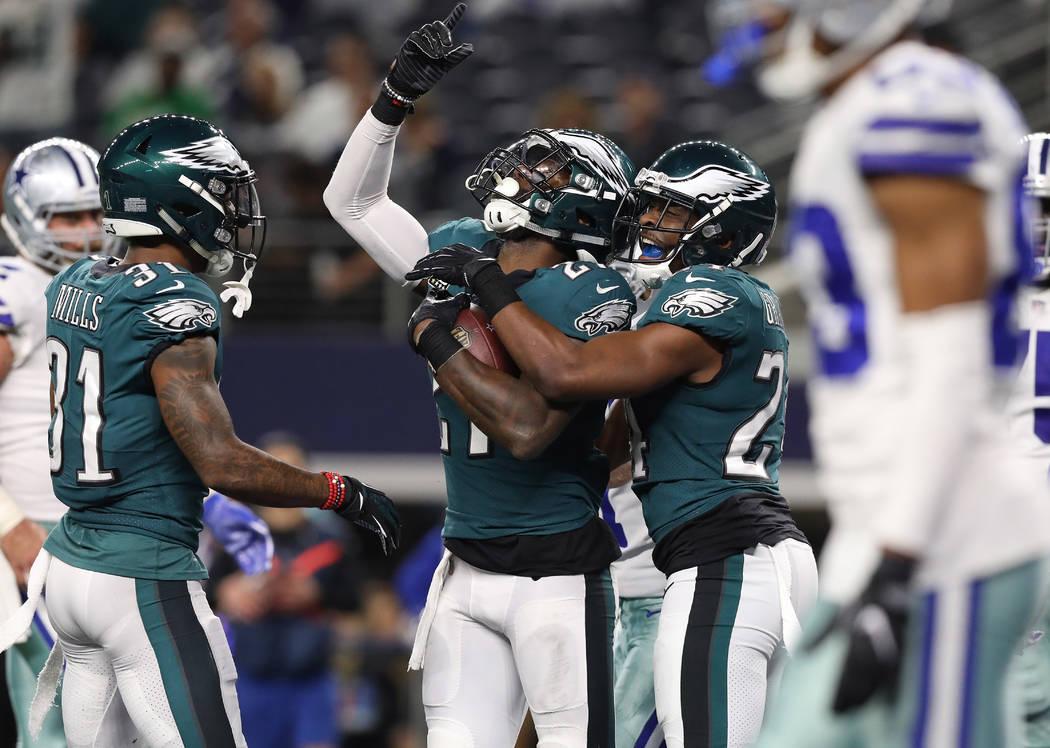 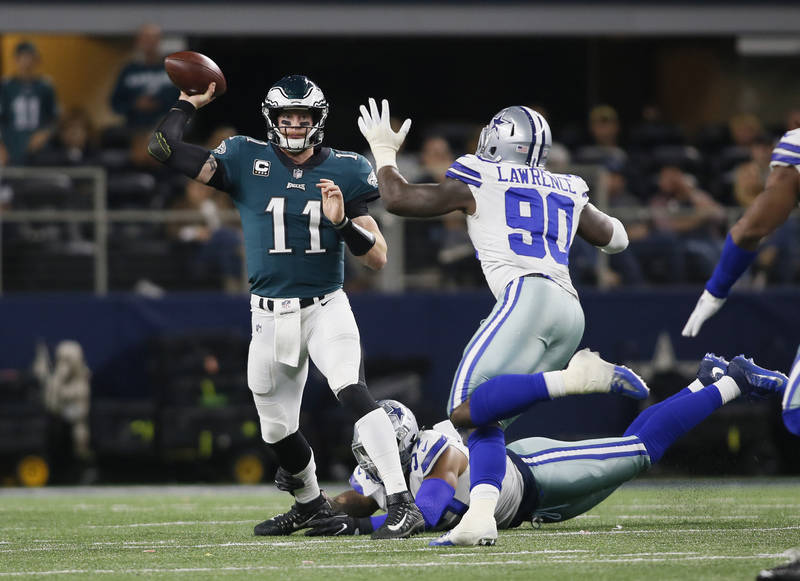 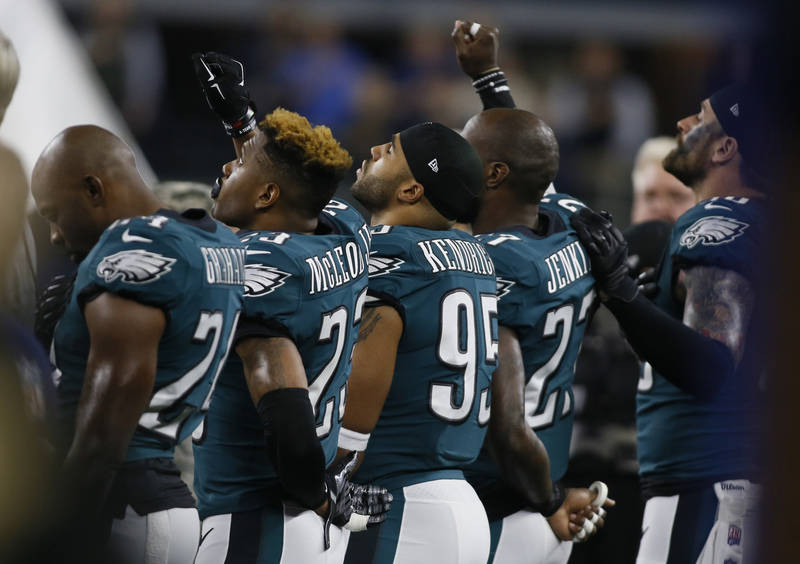 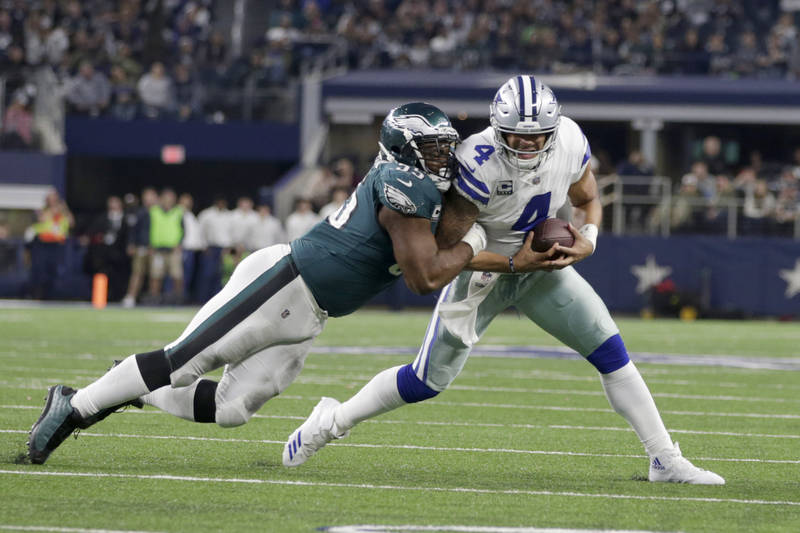 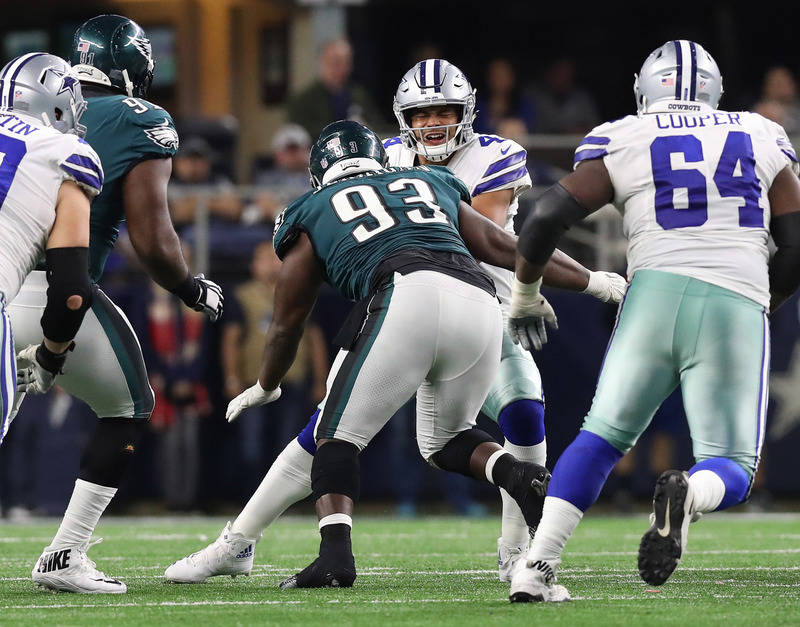 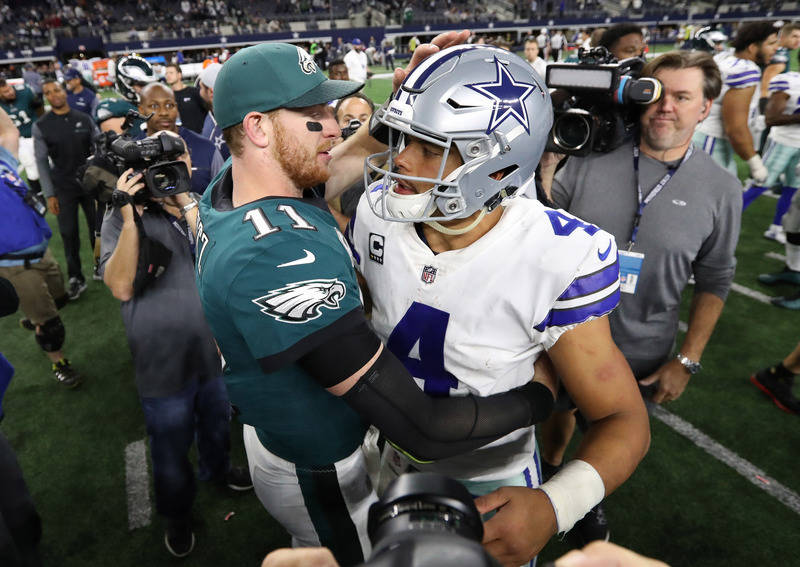 1. Eagles 9-1 (1). The Eagles dismantled the Cowboys last week and now host the Bears. Philadelphia will be flying high heading into December.

3. Steelers 8-2 (4). It took awhile, but the Steelers finally scored more than 30 points in a game this season. They might be the only team in the AFC capable of beating the Patriots.

4. Vikings 8-2 (5). Minnesota’s dominant defense held the Rams’ explosive offense to seven points. The Vikings have signature wins over the Rams and Saints.

5. Saints 8-2 (6). The Saints went back to relying on the arm of Drew Brees. The future Hall of Famer went 11 of 11 down the stretch to lift New Orleans over Washington in overtime in Week 11.

6. Rams 7-3 (3). The young Rams got a wake-up call in Minnesota. They now get the Saints at home during their brutal stretch of games.

7. Jaguars 7-3 (11). Jacksonville’s defense has smothered opposing offenses, but can they win a playoff game with Blake Bortles under center?

9. Falcons 6-4 (12). Atlanta escaped Seattle with a victory to keep alive its playoff hopes.

11. Seahawks 6-4 (8). Seattle will be without Kam Chancellor and Richard Sherman the rest of the season. Russell Wilson will need to play at an MVP level to give the Seahawks a shot at the postseason.

12. Lions 6-4 (14). Detroit has won three straight and now gets the Vikings on Thanksgiving in an NFC North showdown.

13. Titans 6-4 (9). The Titans were embarrassed by the Steelers. They might be a one-and-done team in the playoffs.

14. Ravens 5-5 (20). Somehow the Ravens are the sixth seed in the AFC after shutting out the Packers.

15. Cowboys 5-5 (13). Dak Prescott played the worst game of his career against the Eagles. The Cowboys might be done.

19. Raiders 4-6 (18). Oakland was embarrassed on both sides of the ball against the Patriots in Mexico. The Raiders responded by firing defensive coordinator Ken Norton Jr. on Tuesday.

20. Cardinals 4-6 (17). Adrian Peterson and the Cardinals struggled against Houston.

26. Broncos 3-7 (21). Denver has no quarterback and just fired its offensive coordinator.

30. Giants 2-8 (31). Giants fans finally had something to smile about after New York defeated the Chiefs in overtime.

Gilbert Manzano covers the NFL for the Review-Journal. He can be reached at gmanzano@reviewjournal.com. Follow @GManzano24 on Twitter.