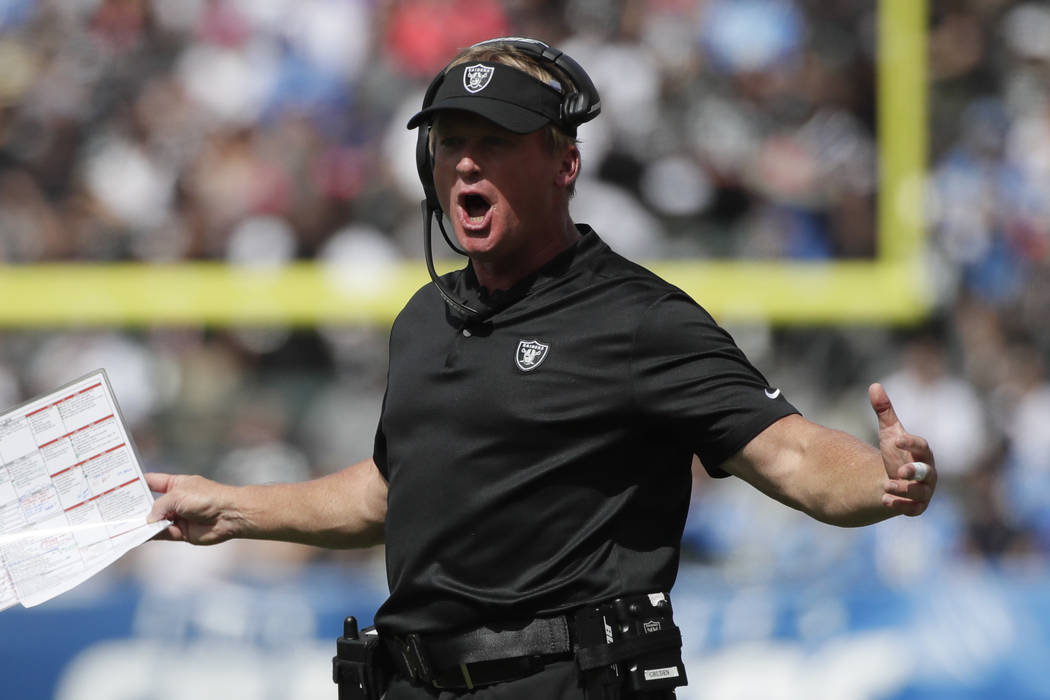 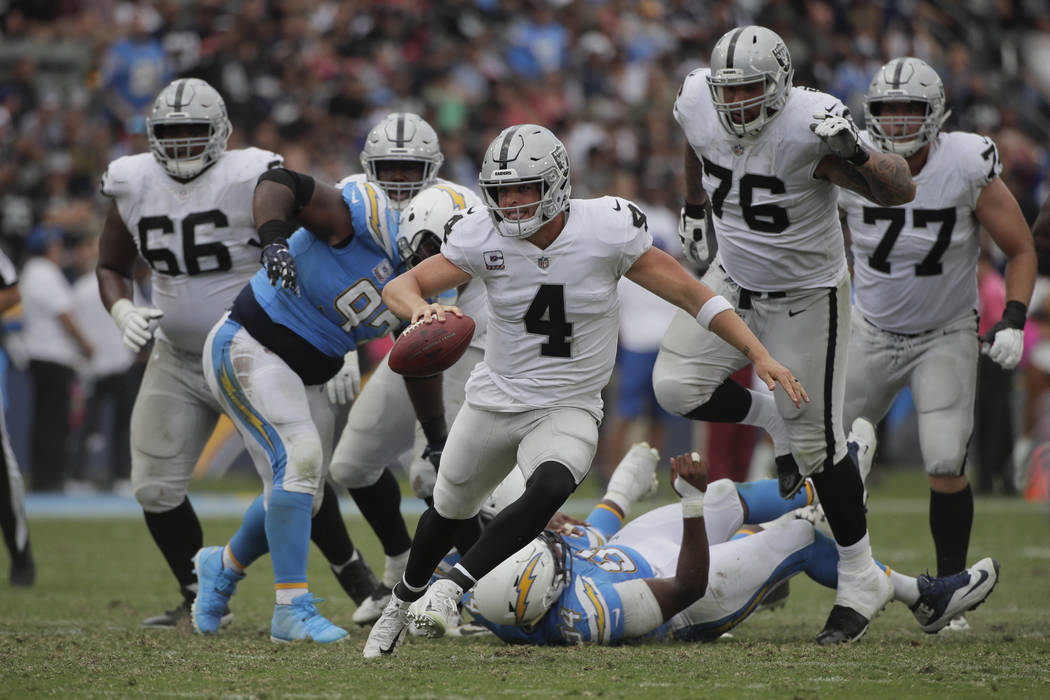 They’ll land in the United Kingdom on Friday about 11 hours later, not including the eight-hour time change, and hold a welcome media session with coach Jon Gruden and five players. A walk-through will be held Saturday before Sunday’s game against the Seattle Seahawks at Wembley Stadium.

Gruden is dreading the flight.

“I’m concerned,” he said. “I’m more worried about that than our goal-line offense now.”

On two occasions, Gruden characterized himself Monday as “depressed” following Sunday’s 26-10 loss to the Los Angeles Chargers. While far from their lone issue on the afternoon, a goal-line interception all but sealed the result. Gruden addressed the third-quarter play at length in his news conference.

He managed to maintain his sense of humor when contextualizing the turnover.

Indeed, these same Seahawks were the last to throw an interception rather than feed running back Marshawn Lynch near the goal line. Quarterback Russell Wilson did so during Super Bowl XLIX in early 2015, attempting to hit wide receiver Jermaine Kearse on a slant but cornerback Malcolm Butler stepped in front.

Chargers defensive end Melvin Ingram intercepted Sunday’s pass. As before, Lynch was visibly upset afterward, ripping off his helmet and stopping himself mid-motion from throwing it to the turf when returning to the Raiders’ sideline.

Nonetheless, Sunday won’t be the last time the Raiders throw on first-and-goal from the 1.

“I think it’s the best time to throw down there,” Gruden said. “I regret that it was intercepted. Turns out to be a horrible call, but we were down 20-3. Melvin Ingram is their middle linebacker in a jam front, and I wanted to throw a play-action pass on the 1-foot line. My opinion is that it shouldn’t have been intercepted. We shouldn’t do that right there. But we did.

“Lynch is frustrated. I think I threw my visor and my headset, so I think he and I have a lot in common.”

It’s unlikely, however, that their travel experience is the same.

Gruden said that he’s never been to London, be it personally or professionally. He twice coached an international NFL game. Both were in exhibitions.

It will be a long flight to London.

“I hope I can make it, honestly,” Gruden said. “I’m not great. I get claustrophobic.