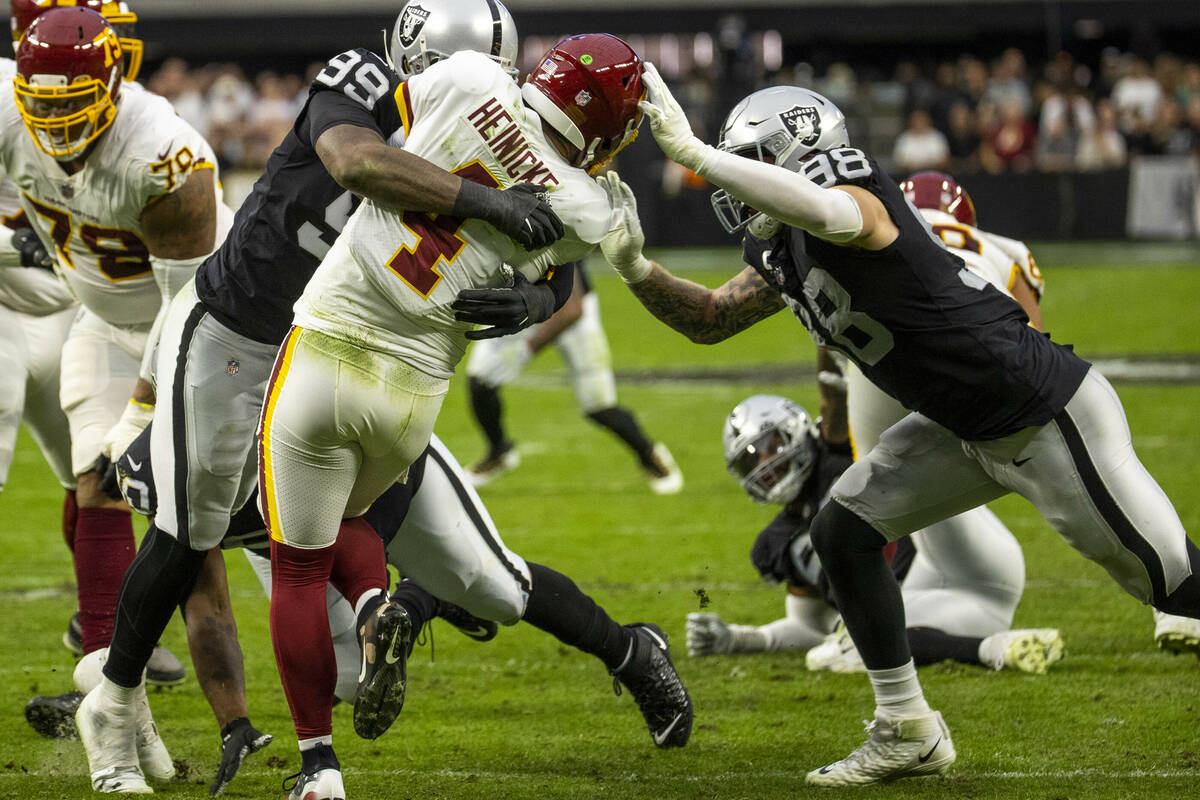 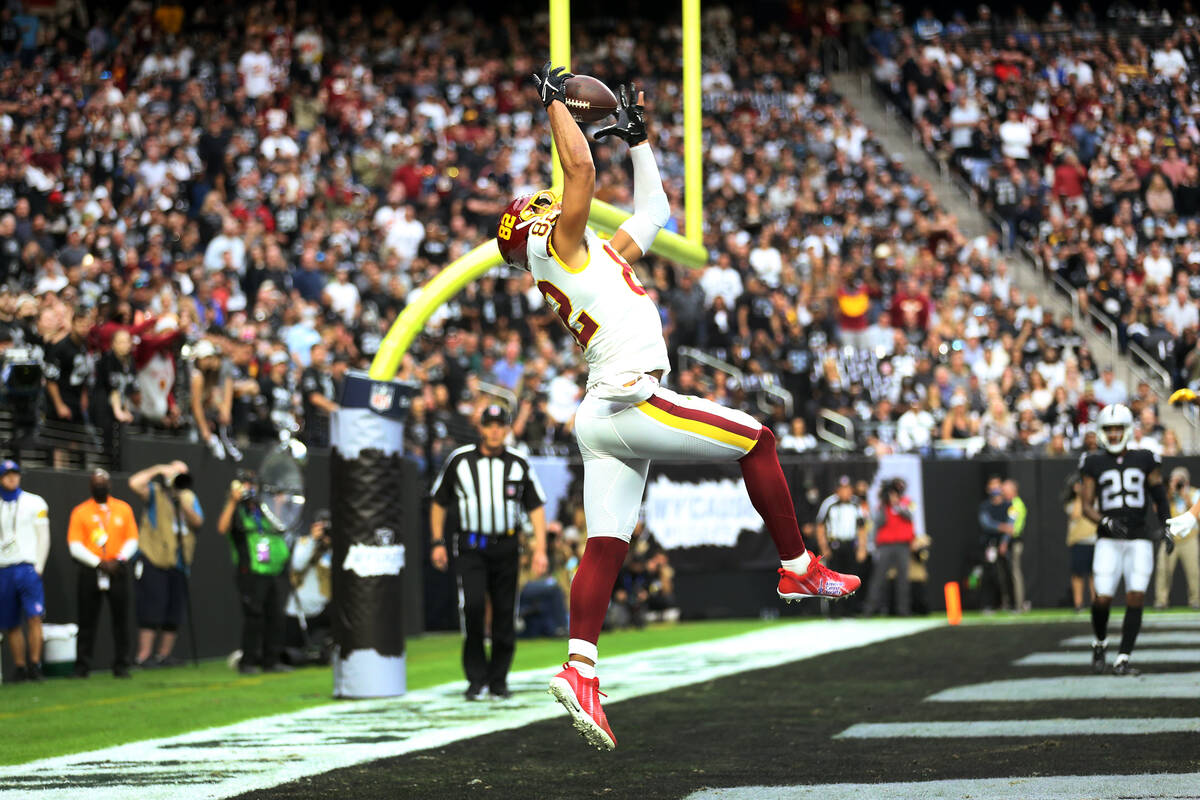 Three quick takeaways from the Raiders’ 17-15 loss to the Washington Football Team on Sunday at Allegiant Stadium:

The Raiders aren’t technically out of the playoff race, but it’s difficult to imagine them making the postseason after losing a home game to a team that entered with a losing record.

Not with an upcoming schedule that includes games at Kansas City, Cleveland and Indianapolis and home contests against AFC West rivals Denver and the Los Angeles Chargers.

The Raiders, who have lost four of their past five games, don’t exactly take momentum into that stretch.

The Raiders used the quarterback shuffle on consecutive plays in the third quarter to apparently grab momentum.

Marcus Mariota went in at quarterback as Derek Carr switched to wide receiver, and Josh Jacobs picked up the first down with a 6-yard run. Then Mariota moved from QB to receiver, and Carr went back to quarterback and threw a 34-yard pass to tight end Foster Moreau at Washington’s 27-yard line.

Down 7-3, the Raiders needed to build on that and take the lead, but instead settled for a field goal, leaving Washington a point ahead.

Washington drove 75 yards on its next series to take a 14-6 lead.

It was a theme for the Raiders, who had three field goals and one touchdown. That’s been a season-long theme for them.

When the Raiders’ offense sputtered throughout the first half, it was the defense that kept them in the game trailing only 7-3.

Then it was the defense that made what could have been the key play in the second half.

With Washington facing a third-and-4 at the Raiders’ 47-yard line and up 14-12, Nate Hobbs intercepted WFT quarterback Taylor Heinicke. That set up Daniel Carlson’s 37-yard field with 2:22 left to put the Raiders in front for the first time, at 15-14.

But the Raiders’ defense didn’t allow the lead to stand up, tarnishing what otherwise was a fine performance.