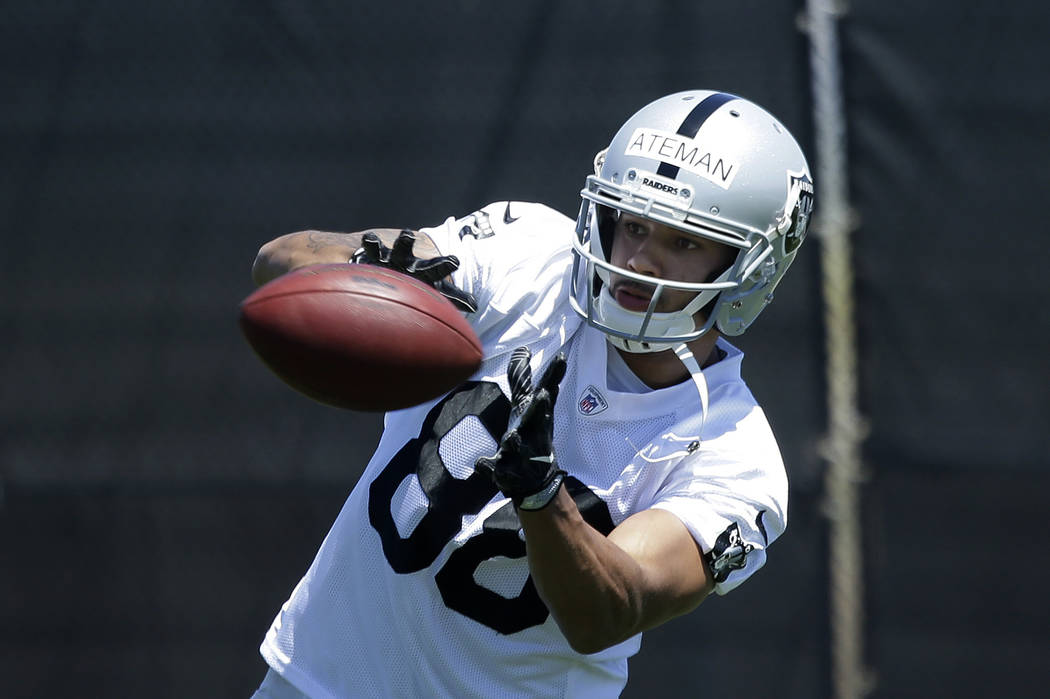 Linebacker Marquel Lee delivered the near-sideline hit Monday on Derek Carrier. The tight end and March free-agency addition gripped his facemask upon landing, lying with his back on the practice field for about a minute before standing and walking straight to the medical area.

Given his hard fall, it’s possible a concussion test was administered.

No immediate update on his status was available. The Raiders will have their first off-day of training camp Tuesday before they return to practice Wednesday at 9:15 a.m.

Carrier is part of a complementary tight-end trio with Jared Cook and Lee Smith.

The Raiders’ seventh-round pick could make the 53-man roster, particularly if he continues making plays like the one Monday.

Wide receiver Marcell Ateman saw one target during an 11-on-11 period. He made it count, as an adjustment from quarterback Derek Carr at the line of scrimmage led to a pass that took advantage of the rookie Ateman’s 6-feet-4-inch size. He hauled in the catch over cornerback Dexter McDonald.

“I like Ateman,” he said. “Do you like Ateman? Ateman makes plays every day. What was most impressive about that play is Carr saw him. It was man-to-man, we had a different play call, he saw Marcell in press coverage, and he changed the play and he went to him. … That’s rare, where a veteran quarterback calls a rookie’s number with the media here.”

Ateman needs a strong preseason to lock up a roster spot.

The former UNR running back and later Iowa transfer worked out for the Raiders on Sunday. A tryout participant at their May rookie minicamp, he signed a three-year contract and practiced Monday in an official capacity. He showed decisiveness during a 9-on-7 inside-run period.

“We got a good running back coach,” Gruden said. “(Jemal Singleton) probably told him what to do on a few of the plays. That’s what you have to do. Every year there are surprises in every camp. We’ll see what happens.”