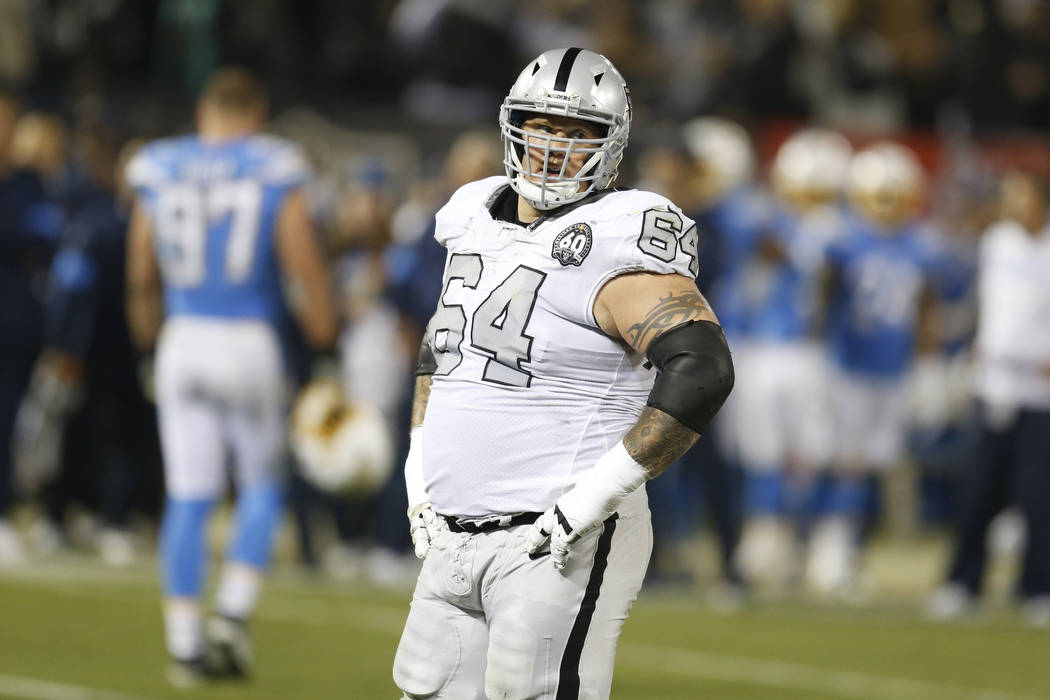 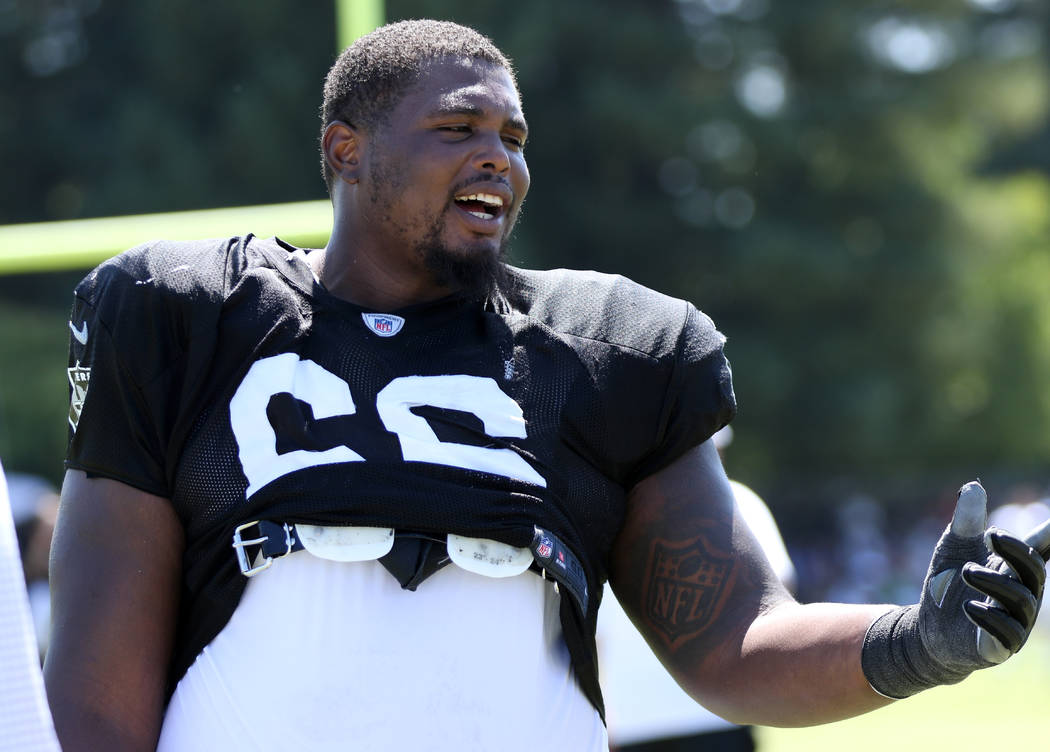 ALAMEDA, Calif. — Aside from running back Josh Jacobs, who posted to social media that he had a surgical procedure on his leg Wednesday night, the Raiders had significant injury concerns at their Thursday practice.

After being taken off the field on a stretcher on Sunday, Mullen is doing well and trending in the right direction to play in the regular-season finale. Though Mullen is in the concussion protocol based on the nature of his injury, Gruden said the rookie corner did not suffer a concussion.

“He’s pretty good,” Gruden said. “He’s got an illness not related to what happened in L.A. Hopefully, he’ll be out there tomorrow.”

Gruden called Incognito “questionable at best” for this point in the week, but added that Incognito’s toughness indicates that he’ll play if there’s a way for him to do so.

The Raiders had Denzelle Good working at left guard and Lester Cotton Sr., promoted from the practice squad last week, working at right guard during the open portion of practice. Cotton is an undrafted rookie out of Alabama who’s spent most of the season on the practice squad. He made his professional debut last week with a special teams snap against L.A.

Good, however, has started four games this season for Oakland, including last week’s victory over the Chargers for Incognito. Good began the season as the club’s right guard for Gabe Jackson, and Gruden said he’s been impressed with the way Good has handled moving over to the other side.

“I’ll say this about Good — it’s the first time he’s ever played left guard in his career,” Gruden said. “He’s been around a while. He’s been a right-side player. But for him to go in there and play left guard for the very first time against the people he had to block, it was really impressive.”

As for Williams, his foot issue continues to give him problems.

“It’s uncomfortable,” Gruden said. “Hopefully he can play. If not, we’ll go with Marcel Atman. Atman had a great practice.”

Gruden said that tomorrow’s practice will be a significant indicator for who may or may not be available to play on Sunday.