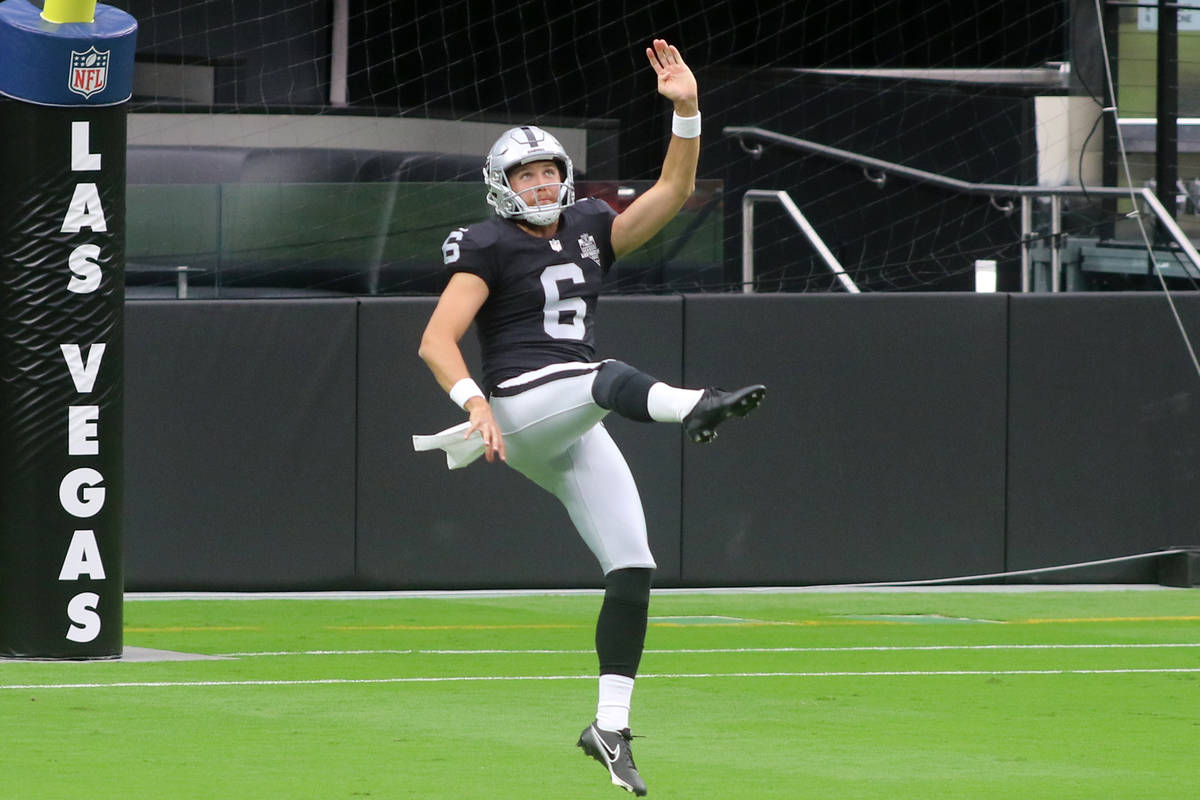 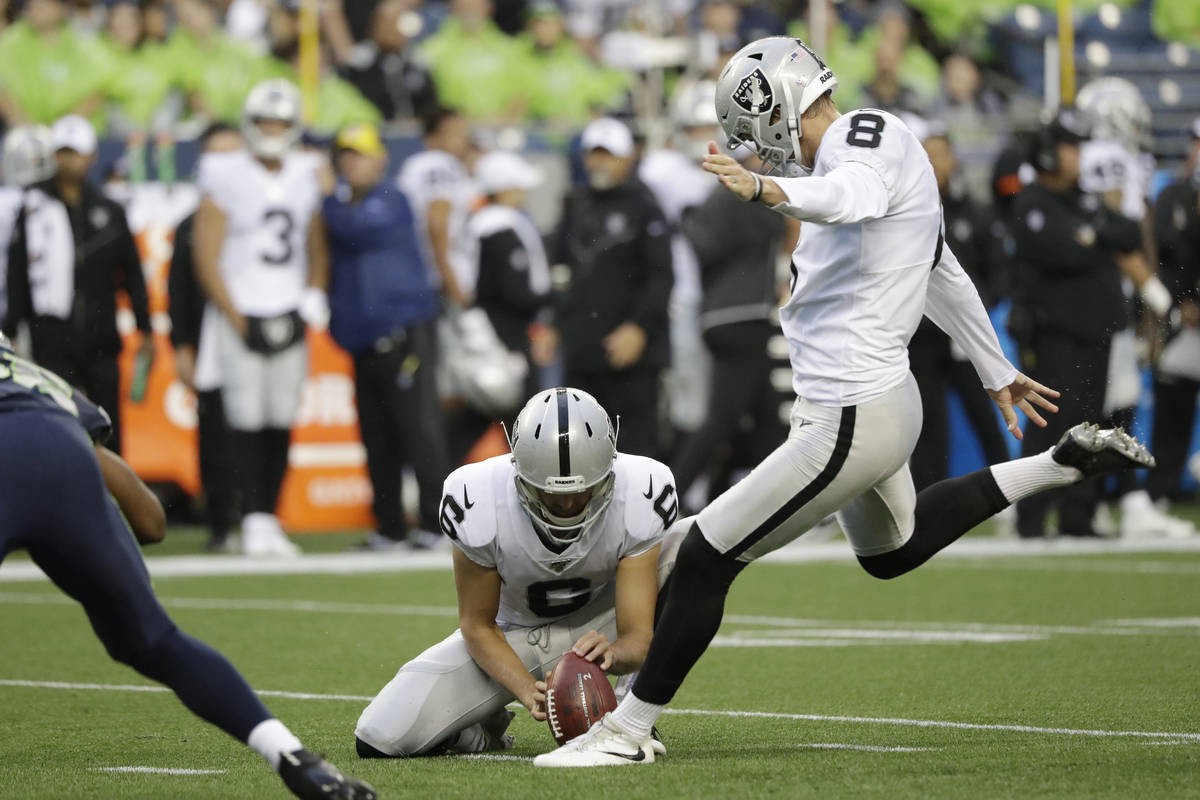 A.J. Cole entered training camp in 2019 as an undrafted rookie facing an uphill battle to win the punting job.

He knew he would have to beat out incumbent Johnny Townsend who, though he was coming off a disappointing season, had been a fifth-round pick in 2018.

It didn’t take Cole long to make an impression. The battle between the punters made for must-watch special teams sessions in Napa, California, last year as media members lined up with stopwatches to clock hang time.

By the time the Raiders played their first preseason game, Cole had made his presence officially known.

“I think Townsend has got his hands full with A.J. Cole,” coach Jon Gruden said at the time. “We haven’t seen kicks like that since Shane Lechler was here, or Marquette King.”

Cole eventually won the job and found himself on the 53-man roster for the regular-season opener.

He wasn’t about to give up his spot. Cole started all 16 games, finishing tied for 13th in the league with a gross average of 46 yards on 67 punts.

He could stand some improvement in preventing returns, however. Cole had 30 punts brought back for a total of 318 yards to drop his net average to 39.5. That number was only good enough for 26th in the league.

One area where he thrived was in pinning opponents deep in their own territory. The North Carolina State alum had 33 punts downed inside the 20, fifth most in the league.

Perhaps the season highlight was in a December road win over the Chargers when Cole blasted a 74-yard bomb. It was the third-longest punt in the NFL last season and longest for the Raiders since a 76-yarder by Lechler in 2011.

Cole, who did not have a punt blocked, also serves as the holder for kicker Daniel Carlson.