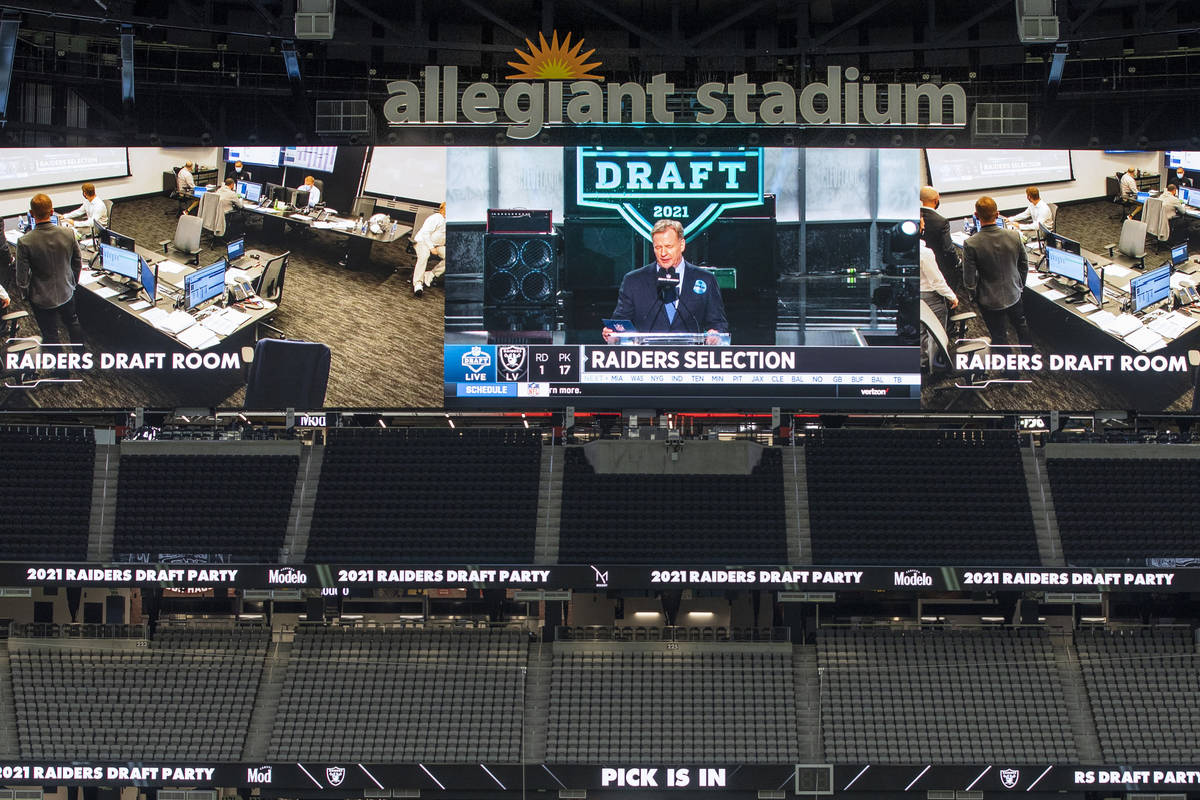 To be clear, it’s premature to project where the Raiders might pick and who they might pick.

Even up until draft day, the latter is nearly impossible given the Raiders’ recent track record of selecting players only they believed would go in those spots.

All that said, there are many 2022 mock drafts already out for when the big event will be on the Las Vegas Strip, and most have the Raiders picking in the top 10.

Barring a trade into the top 10, getting one of those picks obviously wouldn’t bode well for this season.

Comment: “Derek Carr is a fine quarterback. He doesn’t deserve the organization’s continued dalliances with other available quarterbacks. But the Raiders can move on from Carr next offseason since there’s not a single guaranteed cent left on his deal beyond 2021. North Carolina’s Sam Howell became one of college football’s best quarterbacks the moment he stepped onto the field. … Howell is an ascending talent who will have proved his worth through three years of ACC play.”

Comment: “The Raiders need a lot of things — and maybe the ‘21 draft class will solve some of those issues — but it’s only a matter of time before Jon Gruden succumbs to the allure of a new QB.”

Comment: “Jon Gruden overrating a quarterback prospect with an accurate arm but athletic deficiencies? Sometimes these things write themselves.”

Comment: “Lincoln Riley has a decent history of setting up QBs to go first (Kyler Murray, Baker Mayfield). Rattler started 11 games last year and threw 28 touchdowns. The biggest question will be if he has the size (6-foot-1, 205 pounds) to go this high.”

Comment: “Quarterbacks always rise by the time the draft comes around. If the Raiders are picking in the top 10, it’s time to move on from Derek Carr.”

Comment: “Henry Ruggs, Bryan Edwards, and Hunter Renfrow are all decent players, but none of them quite offer true No. 1 WR qualities. The major issue with Ross is his neck injury that kept him out of 2020, but he was one of the best WRs in the nation before then and should return to that status in 2021.”

Comment: “Getting pressure on the quarterback — in a division that contains Patrick Mahomes and Justin Herbert — will continue to be the main order of business for the Raiders. Here, they land an athletic beast on the defensive line in Texas A&M’s DeMarvin Leal. Originally recruited as a defensive end, Leal has played both defensive tackle and end for the Aggies. That versatility and athleticism, combined with his college production, should make Leal a valuable asset at the heart of the Raiders defense.”

Comment: “Stingley … has some Jalen Ramsey-like shutdown coverage and big-play potential to boost a pass defense that will still be reeling outside in 2021.”

Comment: “His tape down the stretch in 2020 was some of the best film from a pass rusher in recent memory. He is very advanced for his age and can win in a lot of different ways. Evaluators should expect double-digit sacks for Smith next season.”

Comment: “DeMarvin Leal feels like a pretty safe pick, because he can align anywhere in the trenches and make an impact. Las Vegas also lacks depth on the interior defensive line. Leal’s impact could have a trickle-down effect that helps the Silver and Black’s perpetually maligned pass rush that must improve in the AFC West division against Patrick Mahomes and Justin Herbert.”

Comment: “The Raiders have one of the weakest secondaries in the NFL, so they should spend an early draft pick on help in the area. The very physically gifted Kyle Hamilton showed lots of promise in his freshman year.”

Comment: “Pickens is a former elite recruit who has produced well in his first two seasons at Georgia, including 14 scores. He has ample size at 6-foot-3 and would be a nice development piece on the outside for Vegas.” 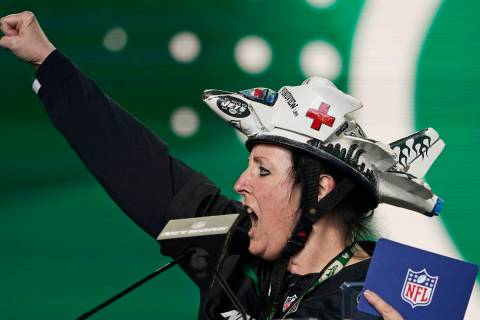 It’s believed to be the first time in the history of the NFL draft a team has selected two players with the same name in the same year.