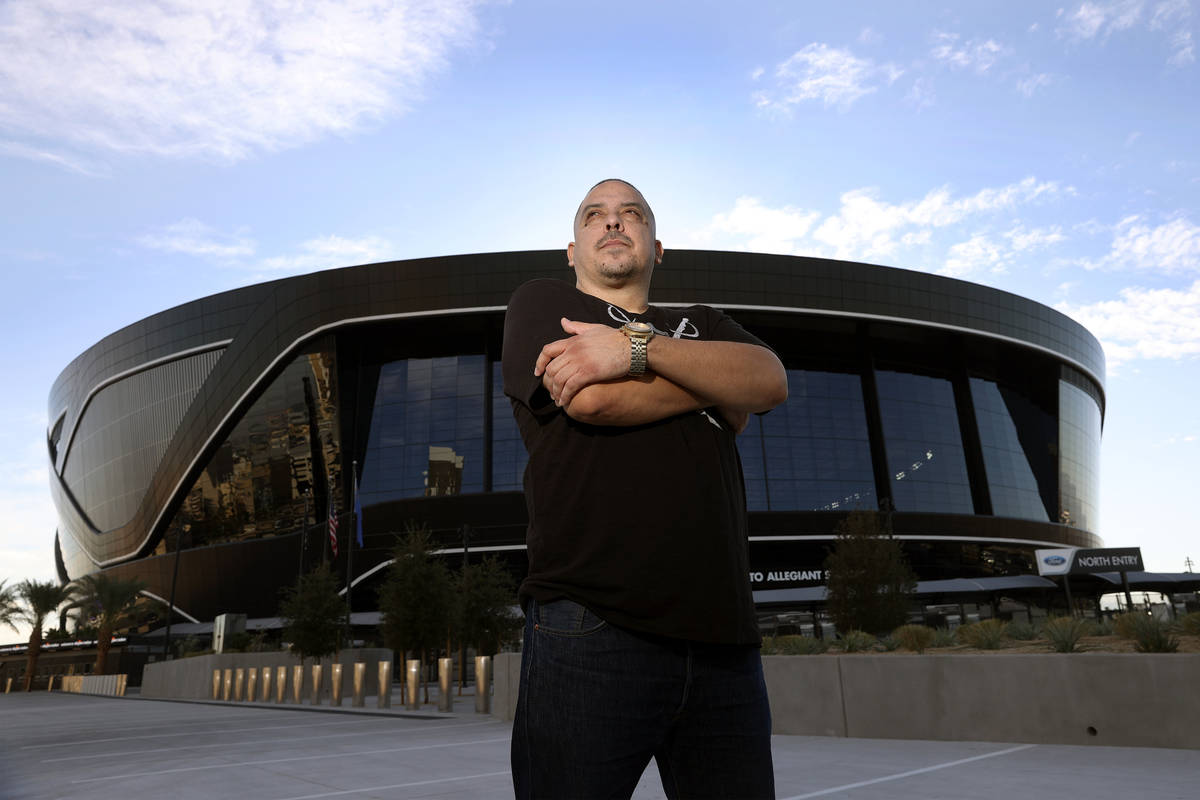 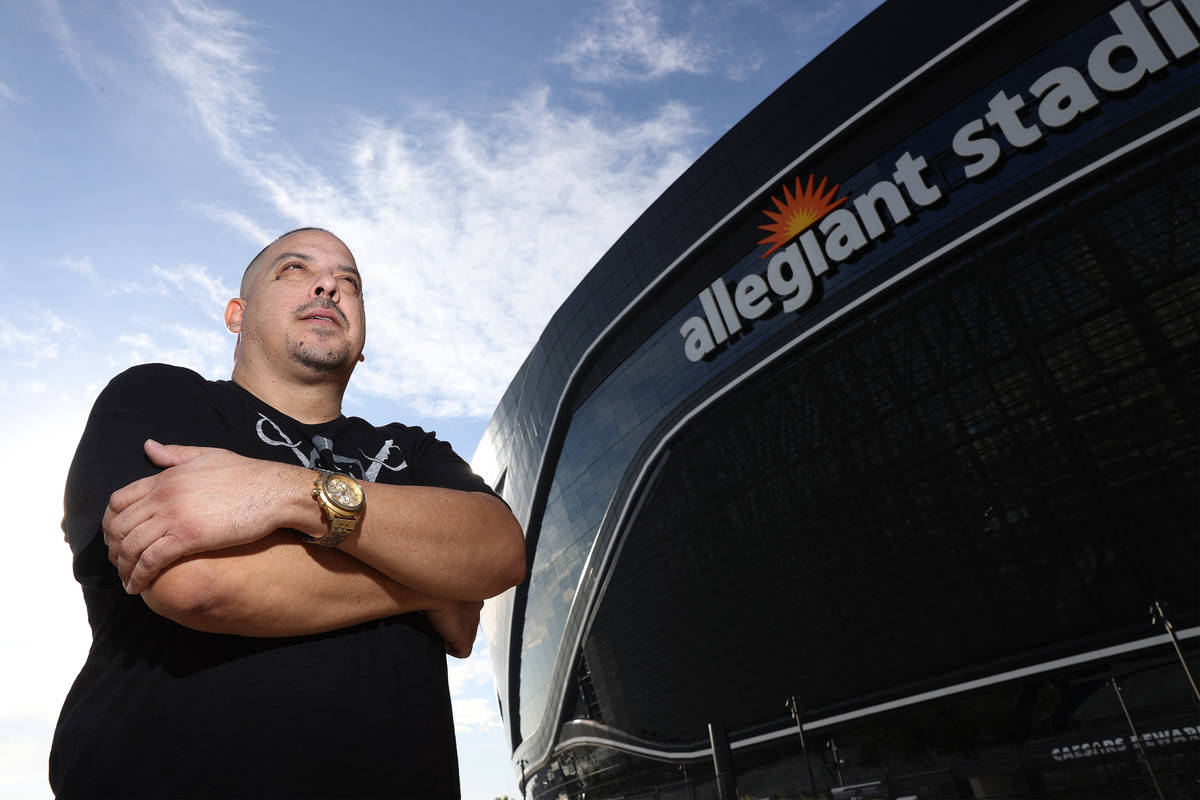 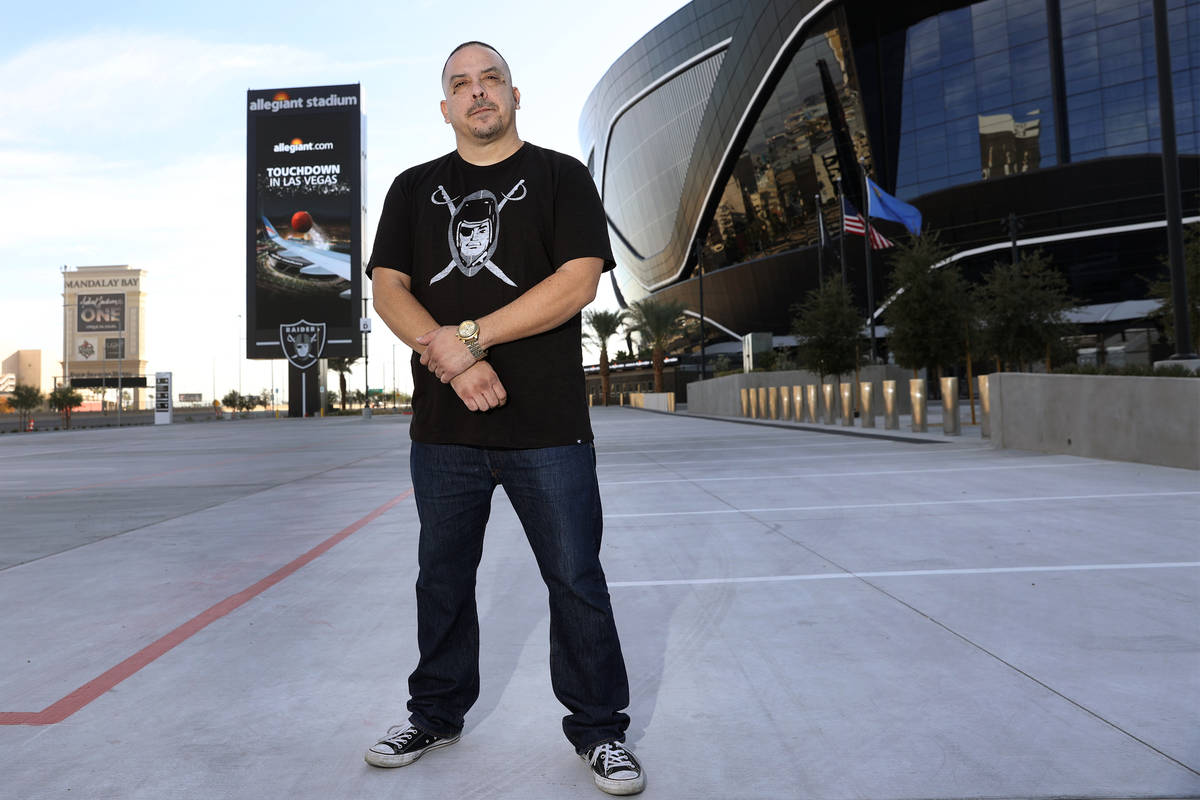 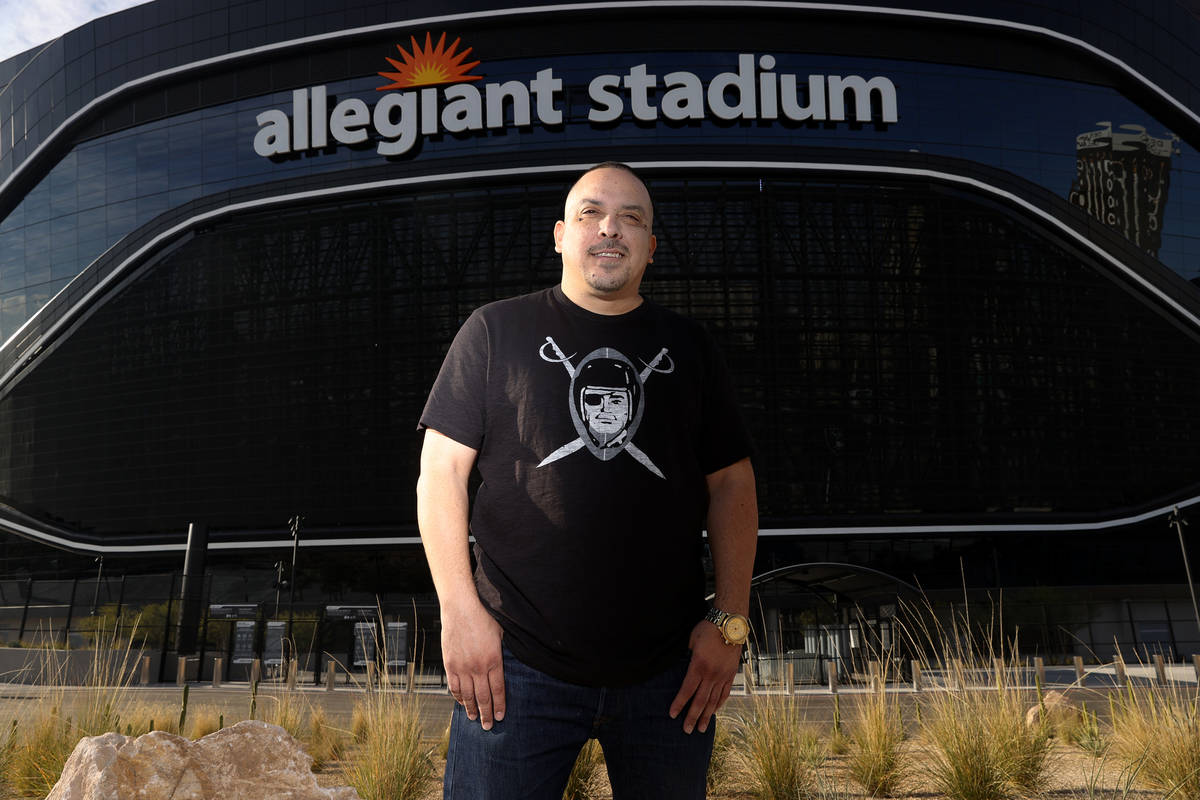 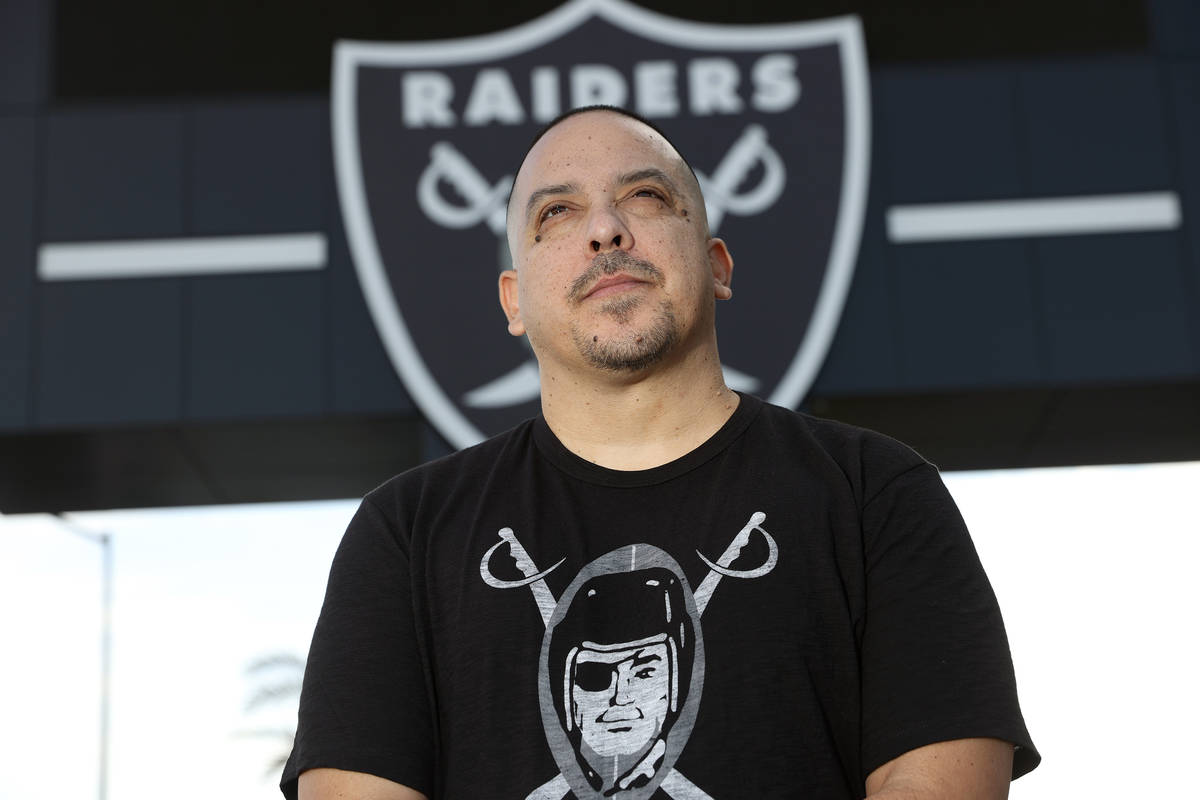 The stadium is empty and full at once, devoid of fans, flush with history.

On a sunny day, two pioneers of West Coast hip-hop stand in a barren Los Angeles Coliseum, the home of the Los Angeles Raiders for a little more than a decade, beginning in 1982.

Dressed head to toe in black, their attire is as dark as the afternoon is bright.

They did so in unison: Ushering in a new era of unflinching realism and gun-to-the-head grit in hip-hop, Ice Cube’s first group, N.W.A., would help birth gangsta rap. The members would do so perpetually clad in Raiders gear, cementing an early bond between hip-hop and the NFL’s most notorious franchise, an in-your-face sound paired with an in-your-face team.

“What are the Raiders? The Raiders are outlaws,” says Jon Weinbach, writer and producer of “Straight Outta L.A.,” which chronicles the origins of the connection between West Coast hip-hop and said football squad. “It’s the name, the pirate on the helmet. And in many ways hip-hop — especially what was then called gangsta rap — was very much outlaw music.”

N.W.A. has hardly been the only hip-hop act to embrace the Raiders over the years. Numerous rappers from the team’s native Oakland also have repped the franchise, chiefly Keak Da Sneak, Too $hort and NorCal duo Luniz, who gave a shout-out to the team’s future home on their 2002 song “Oakland Raiders,” from the “Silver & Black” album.

It was N.W.A., though, who most firmly forged the enduring ties between rap and the Raiders. With the former hailing from South Central Los Angeles, and the Coliseum but a few miles removed, both served as a bullhorn amplifying the voice of an inner-city community that was done being quiet.

“It was really just the streets,” explains life-long Raiders booster Rick Gonzalez, aka DJ G-Minor, a Los Angeles native who moved to Las Vegas to pursue a career in radio. “The Raiders were the streets’ team.

“The Raiders defined who we were in the streets,” continues Gonzalez, who hosts “The Gridlock Mix” on 104.3 NOW FM Mondays-Fridays at 5 p.m. “And the streets were hip-hop.”

A silver-and-black attack on the mainstream

He grew up a Detroit Lions fan, fond of watching Hall of Fame running back Barry Sanders juke defenders out of their cleats.

And yet, as a young hip-hop head, it was a West Coast team whose gear Mikey “V.I.P” Porter sought.

“I had a Raiders hat in Michigan,” says the Vegas hip-hop DJ referencing his home state, though he’s lived here most of his life. “It was the equivalent of wearing Jordans. It was a uniform.”

That uniform had a pragmatic origin, at least in part.

“N.W.A. chose the colors of black-and-white to just kind of be neutral in gangland L.A. territory,” explains Ben Westhoff, writer of the authoritative book “Original Gangstas: Tupac Shakur, Dr. Dre, Eazy-E, Ice Cube, and the Birth of West Coast Rap.” “Eazy and MC Ren came up in the Crips gang, but they performed at Bloods-centric roller rinks and stuff like that. They ultimately just wanted to attract everyone, no matter what your gang persuasion was, so pretty early on they switched to wearing neutral black-and-white almost all the time.”

In nearly every video and photo shoot promoting the album, the group sported Raiders hats and jackets.

“The Raiders symbol is so synonymous with N.W.A. and Ice Cube — Ice Cube always had a Raiders hat on,” recalls Vegas rapper Omino Jakku. “When I first saw the logo, I didn’t even know that was football, because I remember my cousin having a bunch of records and seeing it on the cover.”

“You could be a kid from Beverly Hills rocking Raiders gear and you were somehow tougher,” chuckles Weinbach, a former reporter for the Wall Street Journal who is from L.A., and now serves as executive producer and executive vice president of Mandalay Sports Media. “They gave people the sense of belonging to that world.”

And that world was a rugged one, which played a role in the Raiders relocating back to Oakland in 1994.

Eventually, the Raiders would pull up stakes once again, departing L.A. for the Bay Area and then Vegas.

But the team’s past still very much informs the present.

“I think it still stands as this moment in time that was unique,” Weinbach says of the era in which hip-hop and the Raiders brand first converged. “It was really one of the founding moments of this culture fusion between sports and hip-hop.”