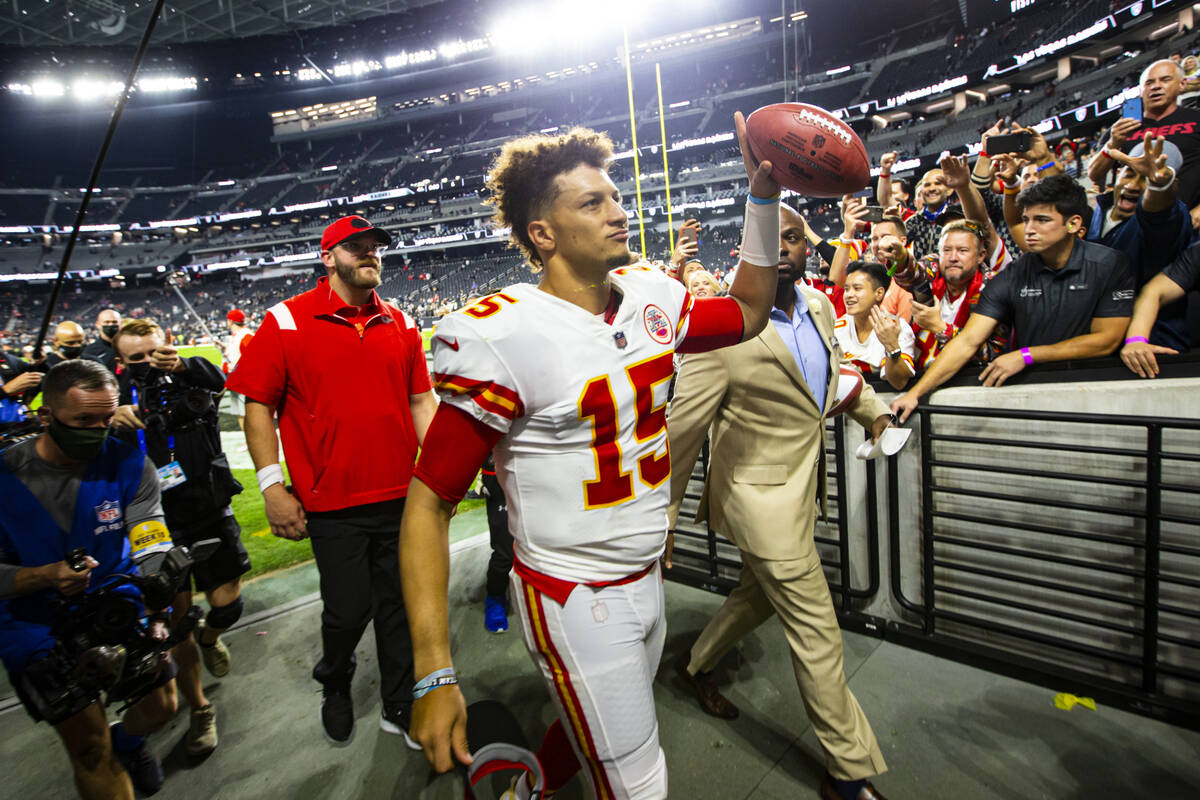 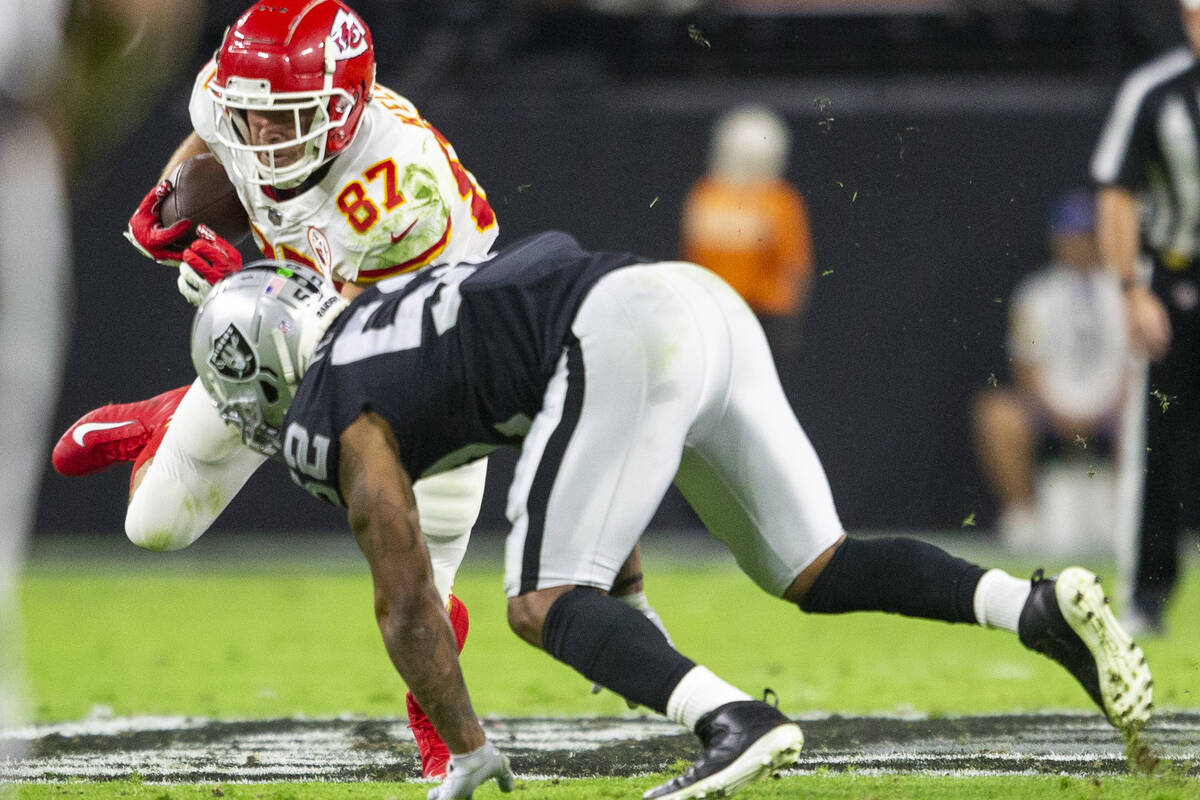 The Raiders led the AFC West when they last played the rival Chiefs, and Kansas City was mired in mediocrity with a slumping offense and porous defense.

But that was on Nov. 14, and their respective fortunes have certainly changed.

Now the Chiefs, who won that matchup 41-14, lead the AFC West and are vying for the No. 1 seed in the conference. The Raiders are simply searching for another victory amid four losses in their last five games.

They travel to Arrowhead Stadium on Sunday. Here’s a look at the team they will face.

No secrets here. The trio of Patrick Mahomes, wide receiver Tyreek Hill and tight end Travis Kelce has been tormenting the Raiders since Mahomes became the starting quarterback. Mahomes had his most prolific outing of the season in the first meeting this season, totaling 406 passing yards and five touchdowns.

Kansas City’s offense hasn’t been as sharp as it was the last three years, though. Defenses have deployed two deep safeties to neutralize Hill’s speed and devoted extra attention to Kelce underneath — forcing Mahomes to check down more often to other targets.

As a result, the Chiefs are scoring 25.3 points per game to rank 13th among the NFL’s 32 teams. That’s the fewest points they’ve averaged since 2016, when Mahomes was still at Texas Tech.

They still throw 63.7 percent of the time, trailing only the Tampa Bay Buccaneers, New York Jets and Los Angeles Rams. Mahomes has 25 touchdown passes to go with a career-high 12 interceptions and a career-low quarterback rating of 92.4.

Hill has a team-high 954 receiving yards and eight touchdowns. Kelce has 848 yards and five touchdowns. Running back Clyde Edwards-Helaire leads a pedestrian rushing offense with 421 yards.

What was once a sieve has morphed into one of the best units in football. The Chiefs allowed an average of 29 points over their first seven games, but have yielded a league-low 11.2 over the past five.

All of which are victories for Kansas City.

The Chiefs have 11 takeaways over the last five games, relying on an improving pass rush to generate pressure. They’re also the stingiest third-down defense since Week 8, allowing conversions on 25.8 percent of attempts. And they’re the second-best defense in the red zone, limiting opponents to touchdowns on 36.4 percent of their trips.

Veteran kicker Harrison Butker remains one of the NFL’s most reliable, converting 18 of 21 field goals and 33 of 35 extra points. Punter Tommy Townsend ranks among the league leaders with 48.4 yards per punt.