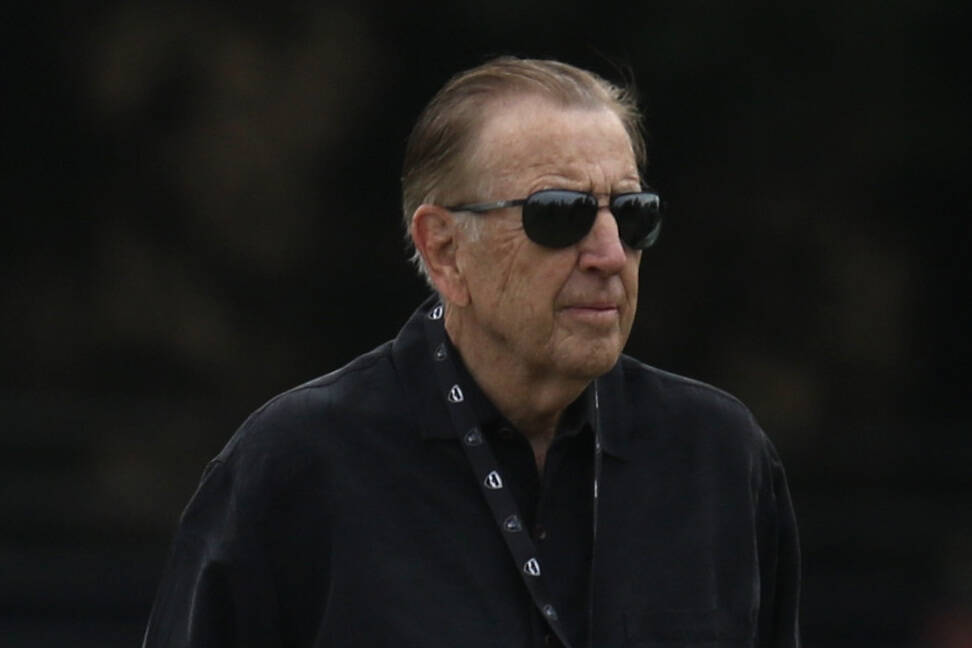 The longtime broadcaster made the comments during a Wednesday interview on Lotus Broadcasting’s Raider Nation Radio.

“As I told Coach, whoever took you out, that’s a paid assassin. That was one of the best hit jobs that I’ve ever been around,” Musburger said of the events that led to Gruden’s ouster.

“They didn’t go to their media goombahs. They didn’t leak this to Adam Schefter or one of those guys that breaks stories. They first went to the Wall Street Journal. And when Gruden was still coaching after that, then they dumped the rest of it on the New York Times. That was a professional hit job.”

Gruden has filed a lawsuit against the league over the leaking of the emails. But Musburger said other parties who had access to the emails because of legal proceedings between the Washington Football Team and a former employee could have been involved in the leak.

An email that included a racist trope sent by Gruden and discovered during an investigation into the Washington Football Team was first leaked to the Wall Street Journal on Oct. 8.

No action against Gruden was taken by the Raiders, and he coached the team two days later in a loss to the Bears.

The next day, several more problematic emails surfaced in a story by the New York Times. Gruden announced his resignation hours later.

Interim coach Rich Bisaccia will lead the Raiders in a home game against Washington on Sunday at Allegiant Stadium.