There’s a common denominator among the truly great players Carolina Panthers radio announcer Mick Mixon has covered during his 16 seasons with the team.

“If there’s not disrespect, they invent it,” Mixon said. “They figure out a way to look for it someplace.”

Cam Newton didn’t have to look very hard or far to find it this year.

He was cut by Carolina in March. Dismissed by nearly every NFL team during free agency. Doubted while less distinguished quarterbacks signed more lucrative contracts. Disregarded at only 31 with an MVP, three Pro Bowls and three NFC South titles to his name.

“I remember telling people when Cam (was a free agent). … ‘Whoever gets him is going to get the best of what he possibly has remaining,’ ” Mixon recalled. “He’s going to want to prove all those people who ever doubted him wrong.”

Newton signed in July with the ever opportunistic New England Patriots, who’ve seemingly found a successor to six-time Super Bowl champion Tom Brady — for a paltry $1.75 million — while the rest of the league sat idly by, rife with quarterbacks performing well below their paygrade.

In two games, the 6-foot-5-inch, 245-pound Newton has invigorated an offense that looked lifeless in 2019 with Brady at the helm. The statistics serve as tangible barometers — he’s completing 71.6 percent of his passes without a prototypical No. 1 receiver or tight end, and he leads the NFL with four rushing touchdowns.

His leadership, though, is and always has been his strongest attribute.

“He has this infectious personality. And it was infectious to the point that it would take over the team,” said Brad Franchione, who coached Newton in 2009 at Blinn Community College. “But the other part of that was that the team saw this guy working his tail end off watching the film, studying the playbook. Those Patriots players are probably seeing the same Cam.”

He was once a top quarterback recruit who picked Florida — then the class of college football — from a litany of Division I programs. But he backed up Heisman Trophy winner Tim Tebow and ultimately transferred from the glitzy, glamorous Gators to Blinn in Brenham, Texas.

“I think when he first arrived, there was that shock moment of ‘This is where I’m at.’ And ‘How in the world did I end up here?’” Franchione recalled. “People take antidepressants to get through things like this. But as he started to earn the respect of his teammates and put in the work and become part of the program, you could definitely see the sparkle in his eye. Then there became the chip on his shoulder.”

Franchione said Newton galvanized the Buccaneers that year by blending his genuine, gregarious demeanor with an uncanny competitive fervor. They won the junior college national championship, and it was the quarterback who taught the coach a thing or two about leadership.

Newton, then 20, led with his preparation and play. That much was obvious. But he also led by challenging teammates and coaches. Franchione permitted his players to talk trash in practice, so long as they backed it up.

Newton backed it up.

Franchione once tasked Newton with leading an informal, 7-on-7 practice, only to find his quarterback milling around in the weight room mere minutes before the practice was supposed to begin. Franchione was fuming, but Newton was nonchalant before announcing, ‘Hey, if any of you defensive fellows can stop us, the offense is going to go play catch on the field.’ ”

“All the different ways I saw that done by quarterbacks my years of coaching. I’ve never seen as many people show up to a field as they did that day,” Franchione recalled. “That’s the kind of impact he had on the team. He wasn’t going to be that guy that just says, ‘Hey…We’re going to meet at 5:30 to play 7-on-7. … It expanded my mind on how leadership looks.”

Auburn offensive coordinator Gus Malzahn soon found his way to Blinn to recruit Newton. And, well, the rest, as they say, is history.

He went on to win the Heisman Trophy and lead Auburn to a national championship.

“Our organization, this humble little small market team … we had to figure out what to do,” Mixon said. “It was almost like we hired Mick Jagger to be the lead singer in our neighborhood cover band. … We had never had anything like that here before.”

It was like a drug in Carolina, that 2015 season. Food tasted better. The sky seemed bluer.

“Everything was better,” Mixon said, “because Cam was leading the Panthers to win after win.”

The Panthers finished with a 15-1 record. Newton was the NFL’s MVP, having captivated the league with his charming, competitive charisma.

He passed for 3,837 yards and 35 touchdowns to go with 636 rushing yards and 10 more scores. Carolina reached the Super Bowl, losing 24-10 to the Denver Broncos.

“He brought this little known, often forgotten three-letter word back into that locker room and to the Panthers,” Mixon said. “And that’s fun. Yeah, when he was here, it was fun.”

Nagging injuries claimed some of Newton’s magic in the 2016 and 2018 seasons. A Lisfranc sprain of his foot claimed almost all of Newton’s 2019 season and ended his career in Carolina. Mixon always marveled at Newton’s toughness — he’s as tough as they come — but understood why the organization moved on.

The Patriots just so happened to move on from their franchise quarterback, too. And well, with Newton and Bill Belichick … the early results are promising.

“He always wants to do his best and do better than the guy he’s competing against,” Belichick told reporters last month. “You see that from — everybody’s competitive — but I think there are different degrees of it, and it looks like, based on what I’ve seen, I would put him in the top echelon of that.”

New England has rejiggered its offense around Newton’s strengths, and he’s proving to be the antithesis of Brady through two weeks. He’s rushed 26 times, equaling Brady’s total from the 2019 season. He passed for 397 yards in a Week 2 loss to Seattle, more than Brady passed for in any game last season with mostly the same receiving corps.

Raiders coach Jon Gruden knows what he’s in for Sunday, and told reporters this week that Newton “is a power forward playing quarterback.”

“It’s a tough operation,” Gruden said. “It always is when you play against Cam Newton and the New England Patriots, and now that they’ve joined forces, it’s double trouble for every defensive staff, every coach and every team that comes in there.”

But not by New England. And not anymore.

“If you do what you’re supposed to do everything is gonna take care of itself,” Newton said. “For me right now, it’s all about winning. Like, let’s get back to that.”

3
Daniel Carlson back on track for Raiders 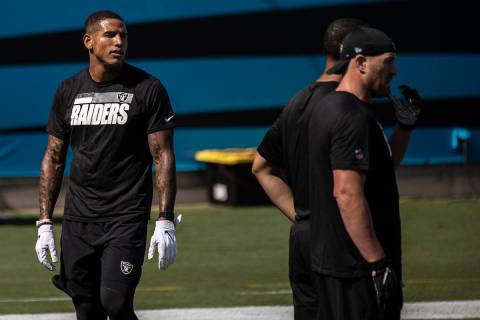 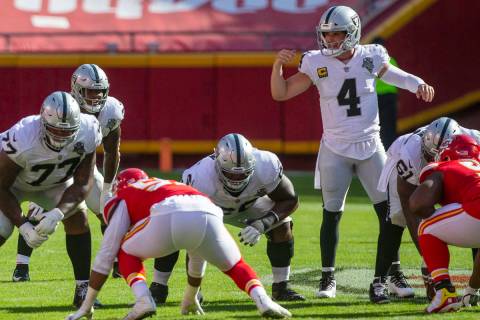 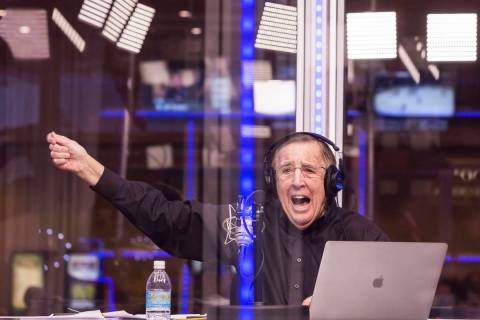 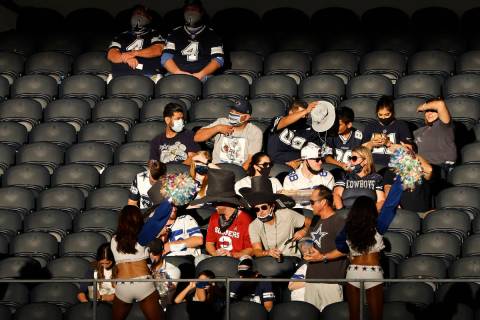 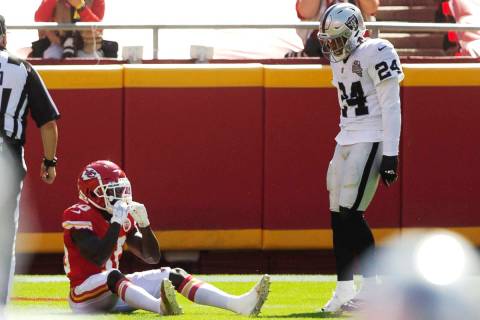