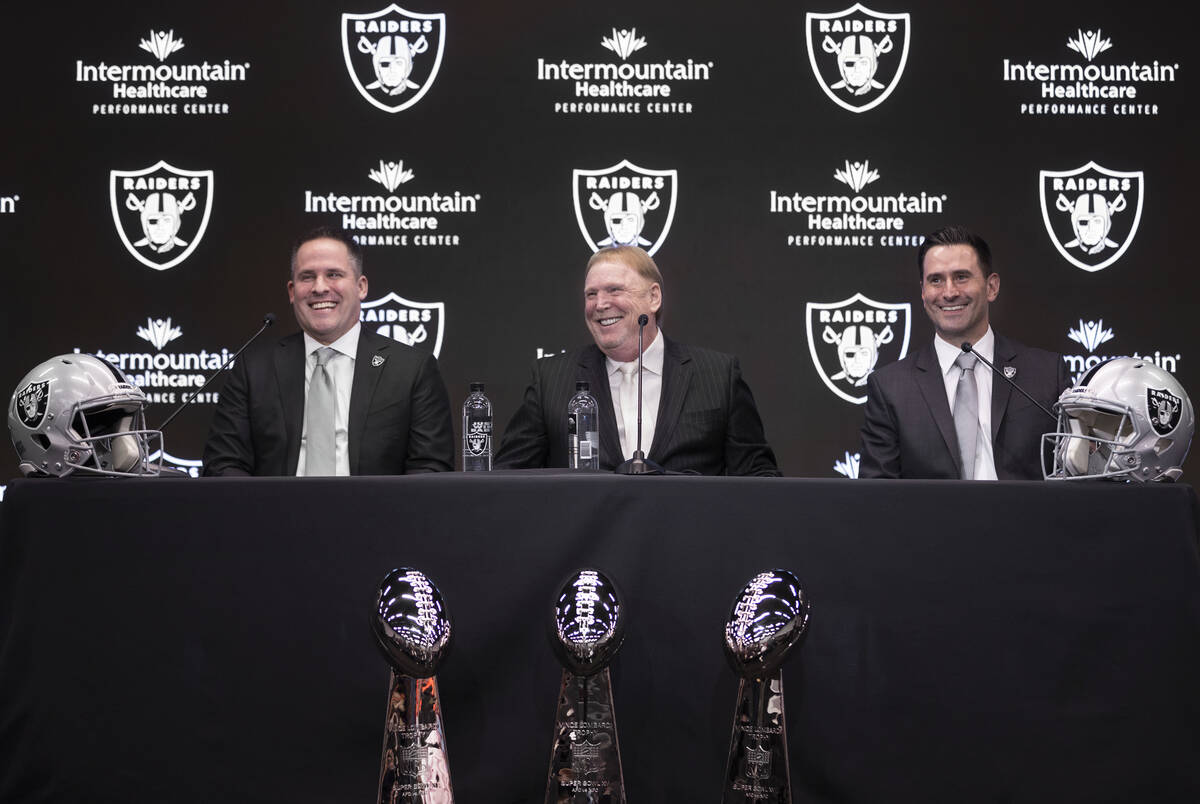 INDIANAPOLIS — As the Raiders coaching and personnel staffs grinded their way through their first NFL Scouting Combine this week, so too did they continue the process of building a working relationship.

Tasked with moving a franchise from dabbling with playoff contention to regular postseason success, the ability of head coach Josh McDaniels, general manager Dave Ziegler and their staffs to hit the ground running will play a critical role.

In the case of McDaniels and Ziegler, they are no longer assistants offering suggestions but decision-makers. Presiding over a franchise that stands yards rather than miles away from its objectives, there is no time to take backward steps.

“I don’t think in today’s NFL there’s really any time to do rebuilding anyway,” McDaniels said. “This certainly isn’t that type of situation for us.”

The week in Indianapolis provided a glimpse into how the Raiders’ new football power structure might function differently than the one that preceded it. The goal is to produce better results while guarding against some of the huge swings and misses the Raiders took under Jon Gruden and Mike Mayock.

McDaniels and Ziegler are ostensibly joined at the hip. Their decades-long friendship and successful working relationship with the Patriots create a two-headed power structure that shares the same football language and vision but also allows for respectful disagreement and a path to compromise.

Ziegler holds the final say on personnel matters. That was on display when he couched McDaniel’s declaration on national television that Derek Carr would be the “no doubt about it” Raiders starting quarterback in 2022 with a less constrictive response.

“That’s the plan,” said Ziegler, creating some flexibility on a final decision on Carr, who is going into the last year of his contract.

“We’re still in that business relationship phase where we’re learning each other, just personalities and creating a relationship,” Ziegler added about where things stand with Carr. “So we’re still working on that process.”

It was a brief but telling moment. The measured manner in which Ziegler couched one of the biggest decisions facing the franchise, and the way in which he and McDaniels articulated their plans on building the roster, contrasted with Gruden’s often shoot-from-the-hip approach.

Getting back to Carr, Ziegler is relying on patience and diligence to lead the organization to a final call that will materialize naturally rather than force-fed.

McDaniels and Ziegler will take a similar approach with the draft and free agency. From the outside looking in, the Raiders have holes to fill at wide receiver, offensive line and in the secondary. Depending on who they bring back along the defensive line, that could be an area that needs addressing as well.

But Ziegler made it clear that the Raiders view the draft as a means to infuse the roster with talent, first and foremost, rather than filling needs.

“We’re always going to be focused on drafting good players, regardless of the position,” Ziegler said.

One needs to look no further than the Raiders’ last three drafts to see a difference.

Needing a defensive end, the Raiders reached for Cle Ferrell with the fourth pick overall in 2019 rather than selecting the best player available. In 2020, the Raiders not only overreacted to need by drafting Ohio State cornerback Damon Arnette with the 19th pick overall, but they did so arrogantly by dismissing Arnette’s well-established character and ability red flags by selecting him one round higher than conventional wisdom suggested.

Last year, the selection of offensive tackle Alex Leatherwood with the 17th pick overall was largely panned by pundits. Again, the Raiders opted to fill a need.

Of the Raiders’ three first-round picks in 2019, only Josh Jacobs is a legit possibility to have his fifth-year option picked up. The Raiders’ futures of Ferrell and safety Johnathan Abram are murky, at best. Arnette is no longer with the team, and neither is fellow 2020 first-round pick Henry Ruggs. In fact, of the seven players the Raiders drafted in 2020, four are no longer even on the team.

Ziegler and McDaniels seem determined not to fall into that trap.