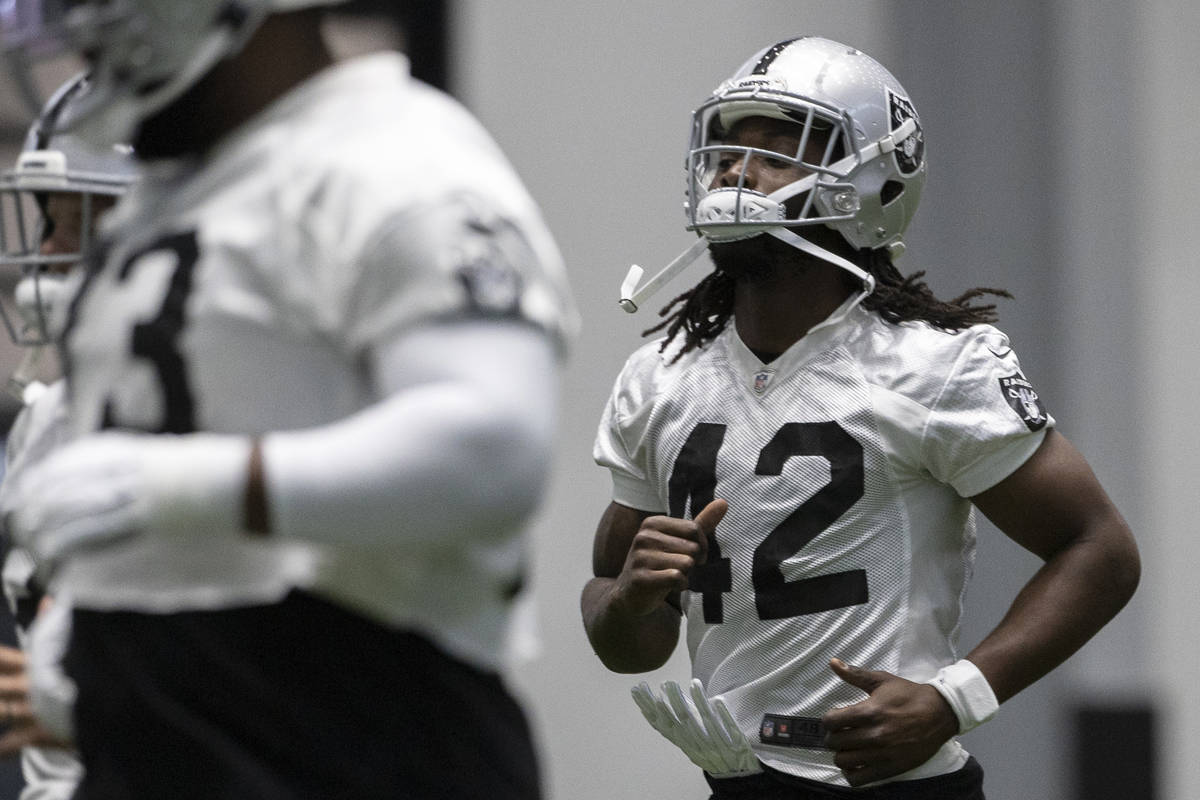 An undrafted free agent out of the University of Washington in 2016, Cory Littleton made his bones with the Los Angeles Rams as a special-teams ace.

Slowly but surely, he kept making big plays, to the point the Rams had to figure out ways to get him on the field in non-special teams situations. By his second season, he was in the linebacker rotation. By his third and fourth years he was pushing on the door of the Pro Bowl.

It all began with special teams.

By year five, he was a highly coveted free agent who the Raiders scooped up as a three-down defender able to be an asset in run and pass defense.

The decision to move to Las Vegas was not difficult. “I just really wanted to continue my career, and the Raiders seemed like a good fit for myself.”

The Raiders, in desperate need of a linebacker who could supply above-average pass coverage, have welcomed Littleton with open arms.

“Well, we think he can do it all,” coach Jon Gruden said. “He’s been a three-down linebacker on a good team, a Super Bowl team. He’s got sideline to sideline ability. He’s got cover ability. He’s what we’re looking for.”

Littleton saw the Rams go from one of the worst teams in the NFL in 2016 to the Super Bowl two years later. He believes the Raiders have similar traits.

“I don’t think there’s a lot of things that need to change with what’s already here,” he said. “At the end of the day … it just comes down to want to.”