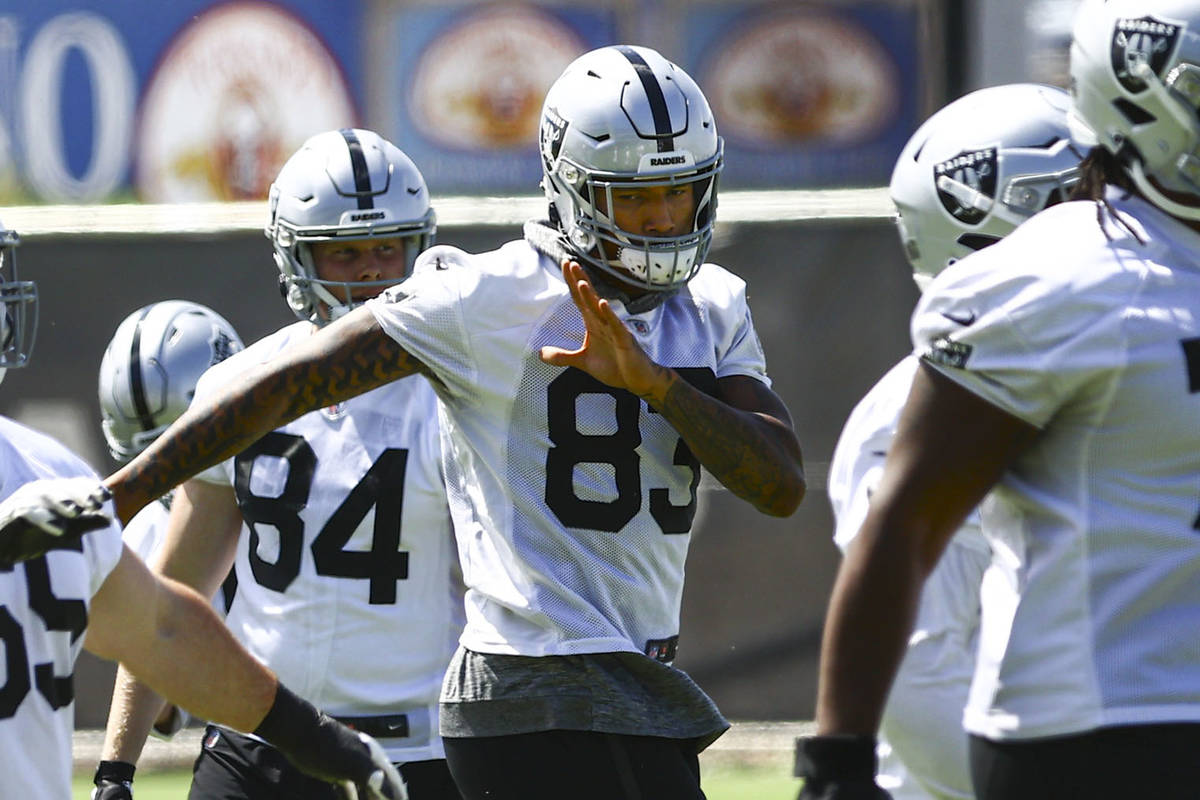 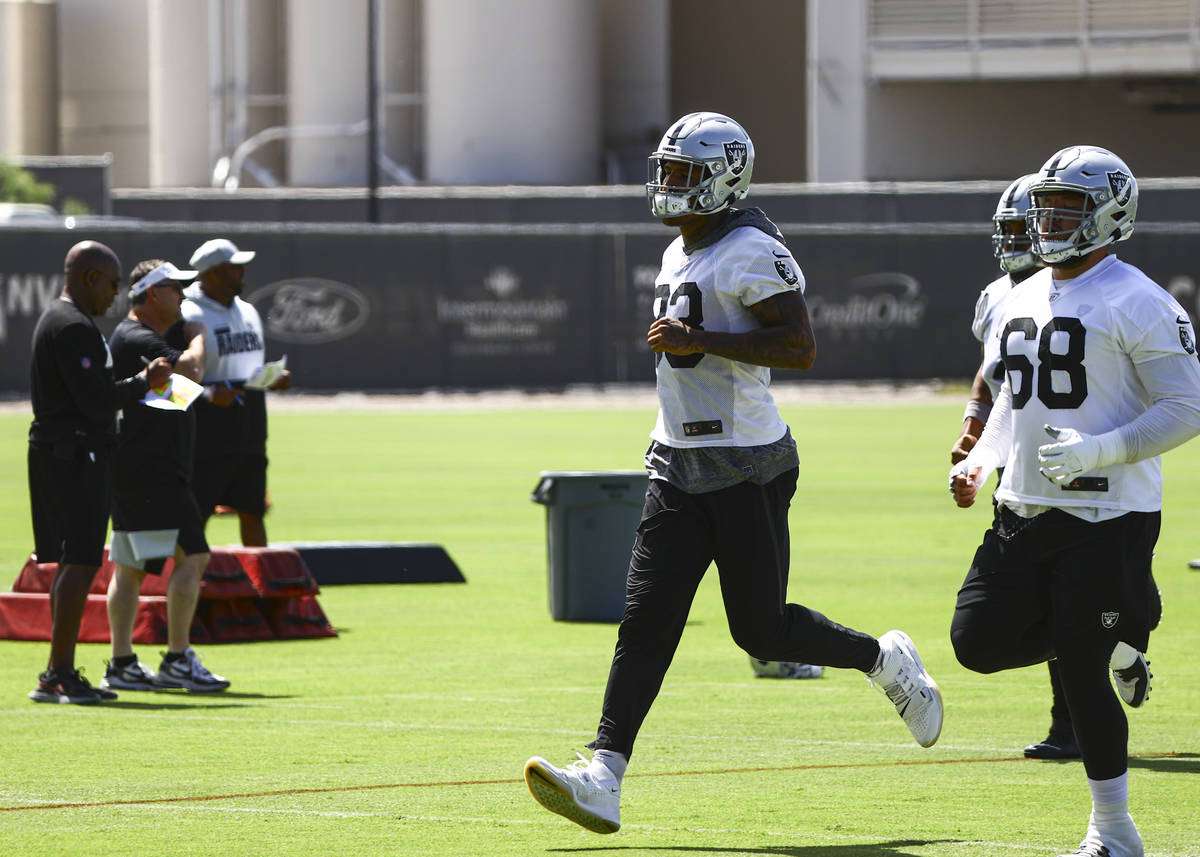 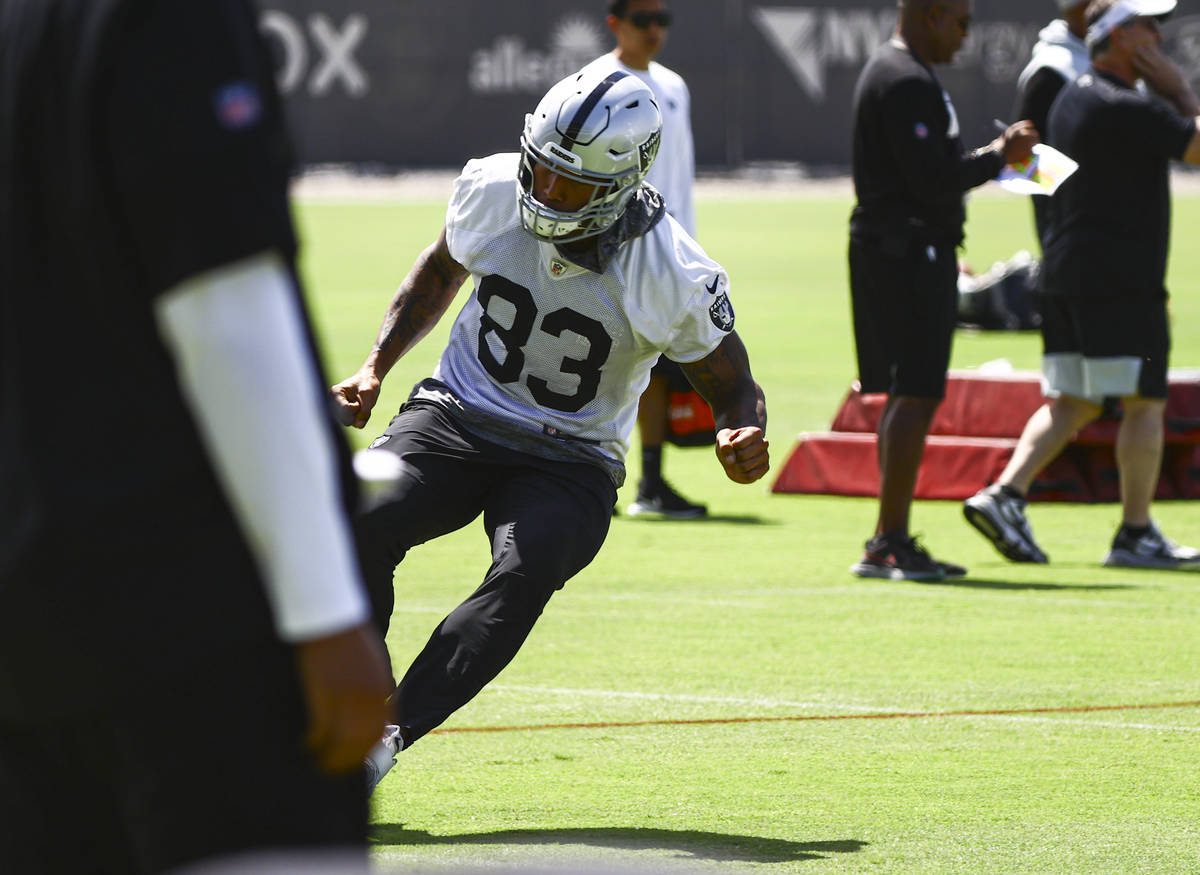 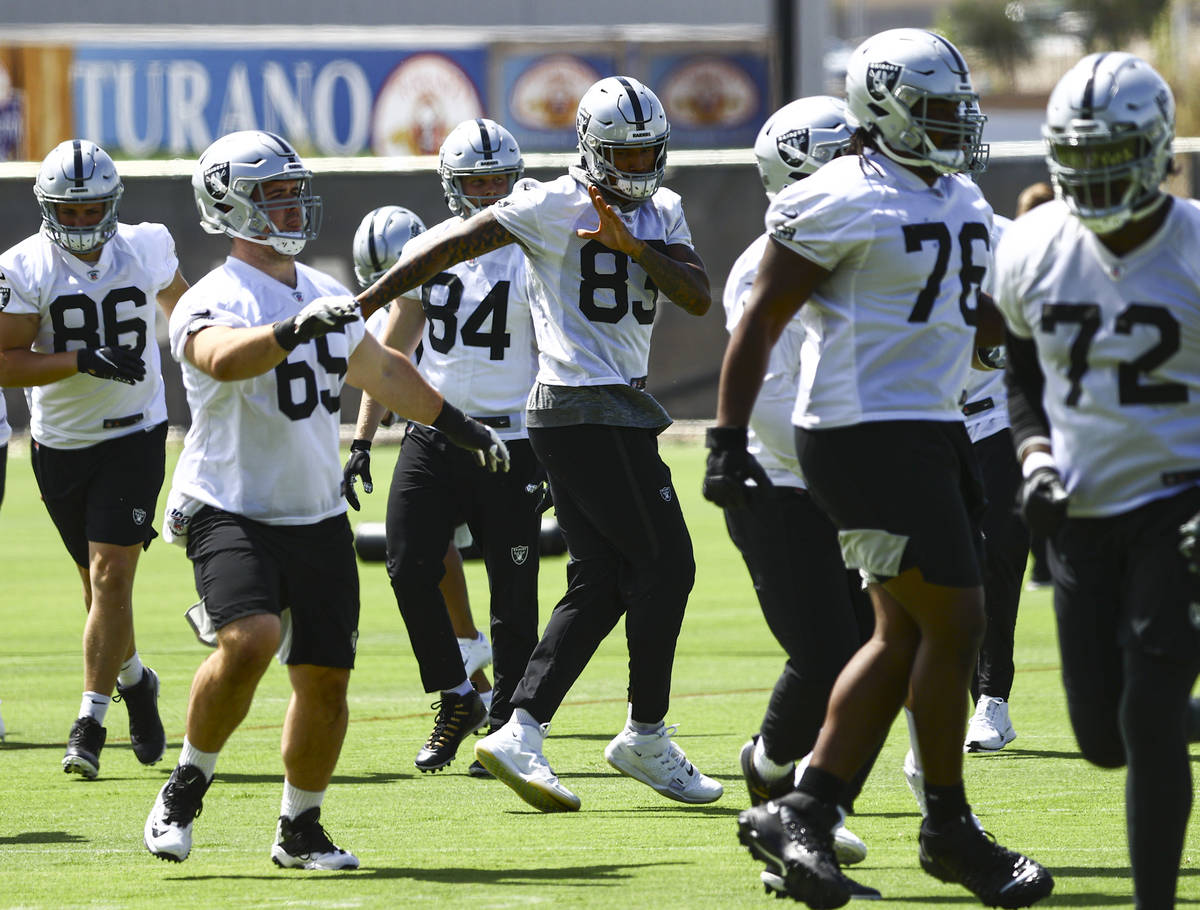 Coming off two straight seasons in which he posted numbers as good as any offensive player in the NFL, no one would blink an eye if Raiders tight end Darren Waller played the “voluntary” card in order to skip OTAs.

Yet there was Waller last week with 80 or so of his Raiders teammates on blistering hot Las Vegas days that made an industrial oven seem like a shady safe haven.

Just as he has been throughout the entire offseason program. And just as he is expected to be over the next few weeks as OTAs wind down and the Raiders wrap up their offseason with a mandatory three-day minicamp.

He’ll do all that while fully acknowledging, every step of the way, the mental challenge of not getting too comfortable or satisfied in spite of already claiming his place among the best players in the NFL by producing 197 receptions for 2,341 yards and 12 touchdowns over the past two seasons.

“I feel like it’s hard not to coast, you know what I’m saying? That’s just human nature,” Waller said. “We do things for a while and naturally, we want to be like, ‘OK, I got this, I got this figured out.’”

It is in those conflicted moments that Waller has to get brutally honest with the side of himself that feels he’s earned the right to let the foot off the gas.

“Realizing this game isn’t going to give me anything, I’m not entitled to anything just because I’ve put a couple of years together,” Waller said. “Like people say, rent is due every day. I still have to show up and work just as hard just to put myself in positions because I still can’t control the results at the end of the day … but I can always control my effort, my preparation, my attitude. Those are the things I try to control.”

So Waller shows up. For himself, the franchise for which his face is now synonymous and the slew of young players that look to him for guidance

“Me being somebody the team wants to look to as a leader with this franchise, I want to display qualities that are admirable and that young players can look at and see like OK, he’s really doing it,” Waller said. “He’s really walking the walk. He’s not just talking it or resting on his laurels.”

The Raiders missed out on this experience last year when COVID-19 forced the closure of all team facilities and wiped out traditional offseason programs. While it’s impossible to calculate how much of a negative effect that had on their disappointing season, the year-long struggles of an extremely young defense and the failure of their entire rookie class to take off suggests it played a role.

Understanding how important the development of the Raiders’ youngest players is to their success this year, Waller is happy to be the pied piper they need to understand the importance of this time of year.

“I’m glad that the rookies don’t have to be at home on laptops in rooms by themselves, trying to learn playbooks with great volume,” Waller said. “They can be here, be around coaches and really feed off of the environment. I feel like that’s much more suited for learning and learning fast.

That applies to the much younger supporting cast around Waller, including an offensive line that underwent a massive overhaul and a wide receiver room now counting on a pair of second-year players to take big steps forward.

The successful emergence of wide receivers Henry Ruggs and Bryan Edwards could mean a more balanced receiving corps and a shift of defensive attention away from Waller. A younger, more physical offensive line could mean improvement in the run game, which would assist the Raiders’ play-action pass game and put Waller in more favorable matchups.

The result could be an even more potent and efficient offense than the one that scored the 10th-most points in the NFL last year.

All of those dynamics will remain “ifs” until further notice. But the up-close look Waller is getting leaves him confident the Raiders can be a more explosive team in 2021.

“Especially just looking first at Henry and Bryan and them taking the steps toward being the players that we know they can be,” Waller said. “Two very talented young guys that just need to continue to grind and continue to be on their processes in order to see the success that they want to see.”

Waller also likes what he sees on the offensive line, especially from center Andre James and left tackle Kolton Miller.

“I know that a lot of guys have shifted, but just seeing how Andre James is taking control of the room and Kolton, how those guys are setting a high standard. I really believe in the offensive line and what they’re building.”