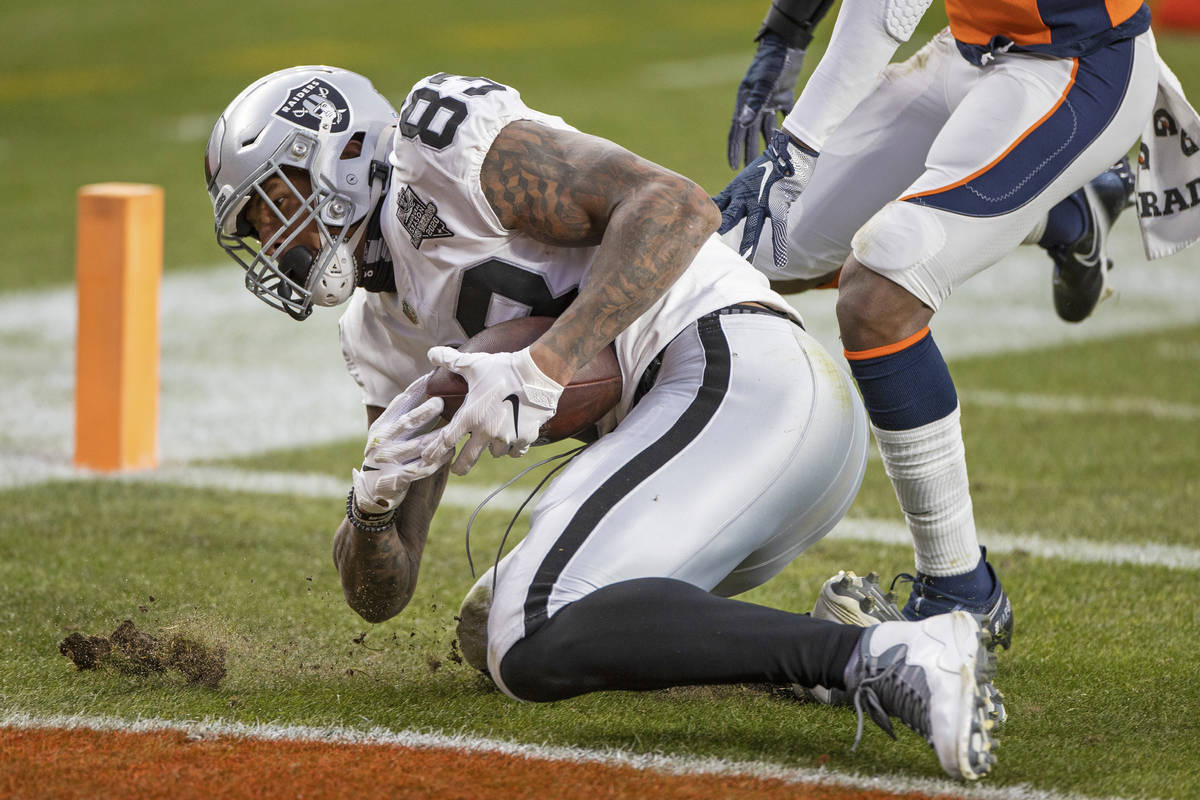 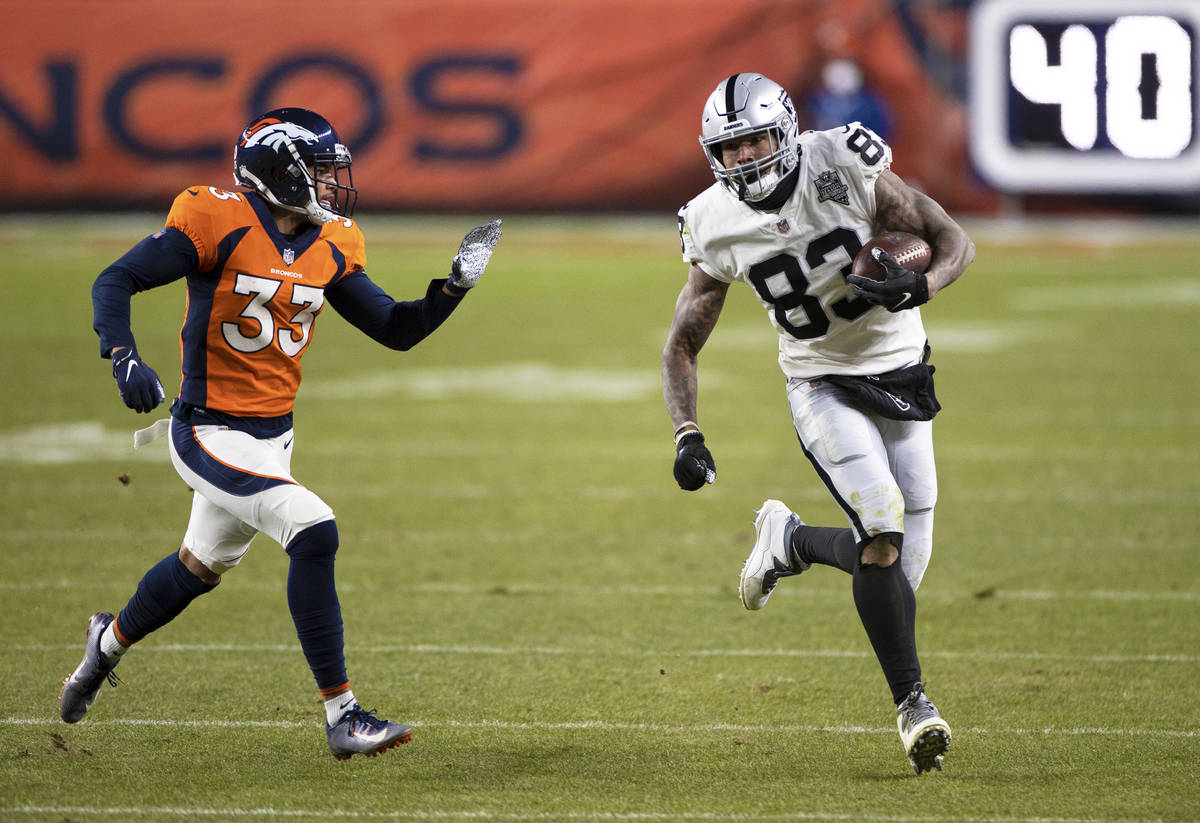 Darren Waller got the seven catches he needed during Sunday’s season finale at Denver to become the Raiders’ single-season receptions leader.

The tight end set the record midway through the fourth quarter to set up a game-tying score, but he wasn’t finished.

Waller added two more catches on the game-winning drive, then secured a catch in traffic for a 2-point conversion in the final minute of a 32-31 victory over the Broncos.

“Derek (Carr) made an incredible throw between guys’ arms, and we work on concentration catches all the time,” Waller said of the conversion.

The record books will remember the game for Waller catching nine passes for 117 yards and a touchdown to finish the season with 107 catches, surpassing Tim Brown’s mark of 104 in 1997.

“This is a great moment, especially to pass someone the caliber of Tim Brown,” Waller said. “That’s just incredible to think about. But I don’t want this to be my greatest day as a Raider. I want to keep going, and I want my team to have great days as well.”

Waller’s touchdown came on a go route down the right sideline in the second quarter that tied the score 10-10.

It wasn’t all good for the Pro Bowler, however. Waller lost a fumble and had another ball go off his hands that resulted in an interception.

He also injured his leg early and got attention from the training staff throughout the game. He said he continued to play despite considerable pain.

“That’s my guy,” Carr said. “We’ve been able to have some years under our belt and grow together. We’re starting to see what can happen.”

Waller has become the type of player teammates not only root for but also love to watch.

Running back Josh Jacobs, a fellow Pro Bowler who became the first Raiders’ player to rush for 1,000 yards in each of his first two seasons, said he’s amazed by Waller’s abilities.

“He’s a special player,” Jacobs said. “He’s one of the players where you’re in the game and you catch yourself sometimes just watching him play. Every time I see the ball thrown to him, you automatically think he’s catching it. It’s kind of shocking when he doesn’t.”

Waller had a breakout season in 2019, when he caught 90 passes for 1,145 yards and three touchdowns. He dealt with off-the-field issues in his first four years in the NFL, including a one-year suspension for a violation of the league’s substance abuse policy.

But Waller got his life together and began to flourish on the field after totaling just 18 catches in 22 games in his first three seasons. He surpassed 100 yards in four of the final five games and finished the season with 1,196 yards and nine touchdowns.

The 28-year-old said he thinks his best days are still to come, and he takes pride in the process more than the stats.

“Some of my great moments come in games where I didn’t do much,” he said. “I’ll have like 20-something yards, but I’m able to keep my consistent mindset and attitude. That’s when I’m most proud of myself, and it turns into a night like this.” 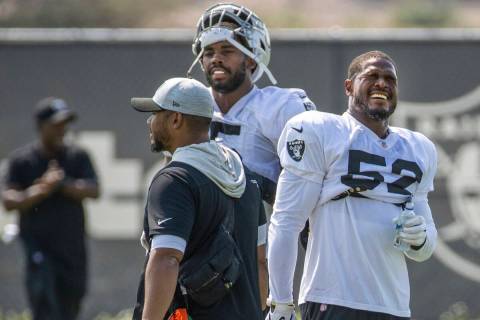 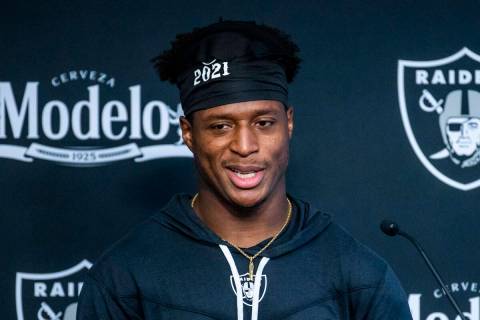