Dave Ziegler said that part of what helped him to decide to take the Raiders' general manager position was that he wanted to be somewhere where football mattered and there is pressure to win. (Heidi Fang/Las Vegas Review-Journal) 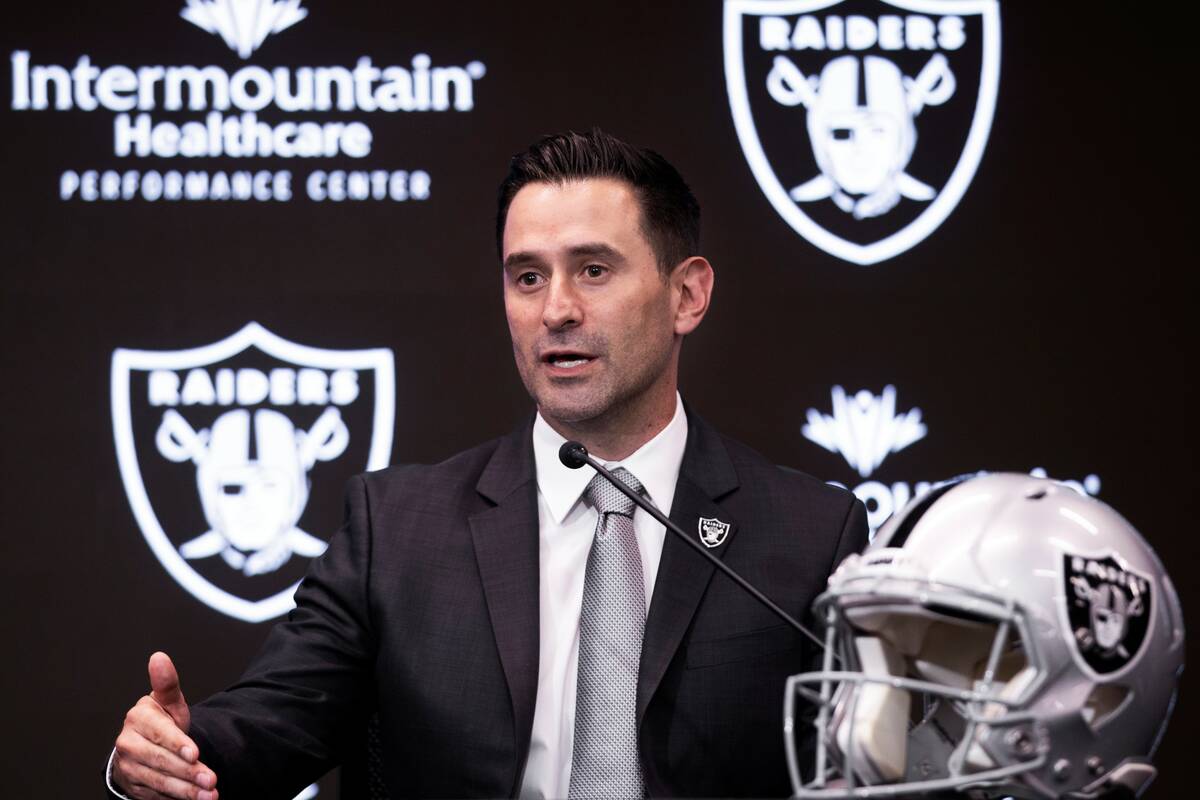 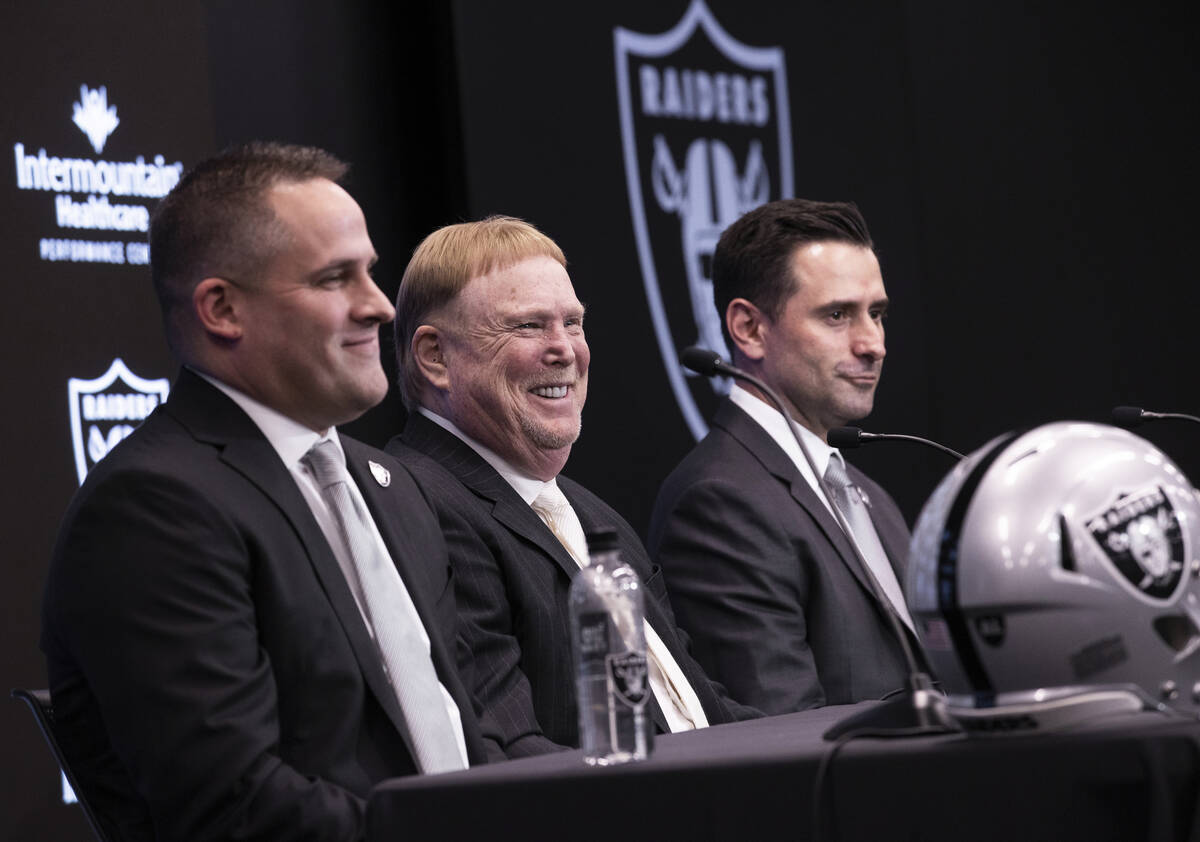 New Raiders general manager Dave Ziegler and head coach Josh McDaniels share a vision for how they plan to guide the organization.

That doesn’t mean they will agree on everything.

Ziegler made it clear how the decision-making process would break down during their shared introductory news conference Monday at the team facility.

“At the end of the day as the general manager and as the one leading the charge on the scouting side and personnel and college and pro, that direction will come from me,” he said. “Obviously Josh and I are tied in many ways in our vision of how to build a team … But at the end of the day when it’s time to make decisions on personnel, while we work together, those final decisions will be made by me.”

They figure to agree on many things, however. Ziegler and McDaniels first met more than 25 years ago when they were college teammates at John Carroll University. Both grew up in northeast Ohio and share similar views on building a winning organization.

It’s why, while they weren’t necessarily a package deal, they are coming to the Raiders together.

Davis spoke with a half dozen GM candidates before deciding the first man he interviewed was the one for the job.

Ziegler, 44, is excited about the opportunity. “It was a very thorough process, a detailed process, and I know they interviewed a lot of quality candidates,” he said. “It’s really an honor for them to select me as the next general manager of the Las Vegas Raiders and to represent Raider Nation.”

When the dust settled, McDaniels was in too. While he has been tempted by other offers over the last couple years, the opportunity to work for the Raiders organization and do it with his friend proved enough to lure him from New England.

“He’s very talented and a special person,” McDaniels said of Ziegler. “He’s got a great work ethic and a great way about him.”

McDaniels said one of the things that will make the partnership work is how comfortable they are when there is a disagreement.

It’s something Ziegler pointed out as well.

“I think any healthy relationship is going to have moments of disagreement and conflict,” he said. “I think the unique thing about our relationship is that we’ve had those situations come up already in our careers where we haven’t always been on the same page or seeing everything the same way, but we’ve always figured out a way to find common ground. We’re just two hard-working guys from northeast Ohio that are really low ego and really just about winning. ”

All of that isn’t to say it was a guarantee they were both going to take the respective jobs with the Raiders together.

“It really was two individual decisions,” Ziegler said. But once those decisions aligned, Ziegler was all-in.

He got right to work on incorporating the organization’s motto into his vision of how he wants to build the franchise.

“The phrase ‘commitment to excellence’ resonates with many of my core beliefs and a lot of the foundational pieces that will be important to building a championship culture here,” he said. “We’ll be an organization that lives in the details. No task will be too small. Every task will be measured with the same standard of excellence. We will hire excellent people that are driven by team and that are loyal to our cause.”

Ziegler said there is an energy about Las Vegas in the NFL, a feeling that was only further solidified by a conversation he had with an exuberant rideshare driver upon landing in the city.

It’s one of the reasons the job was so appealing to Ziegler.

“When you think of the Raiders brand, it’s one of the cornerstone teams in the NFL,” he said. “It’s an historic brand and has a following from California to Nevada and beyond. I wanted to go somewhere where football mattered and where there are high expectations and pressure to win.

“Then to come here and see the facilities and stadium, it’s nothing I’ve ever seen in my time in the NFL. It’s really unique the amount of money they’ve invested into building top-of-the-line facilities. When you combine all those things together, along with an owner who is just a good person, it was really attractive.”

So was the weather.

Ziegler left behind more than two feet of snow in New England this weekend when he left to accept the job with the Raiders.

“We will definitely embrace that part of Las Vegas,” he said.