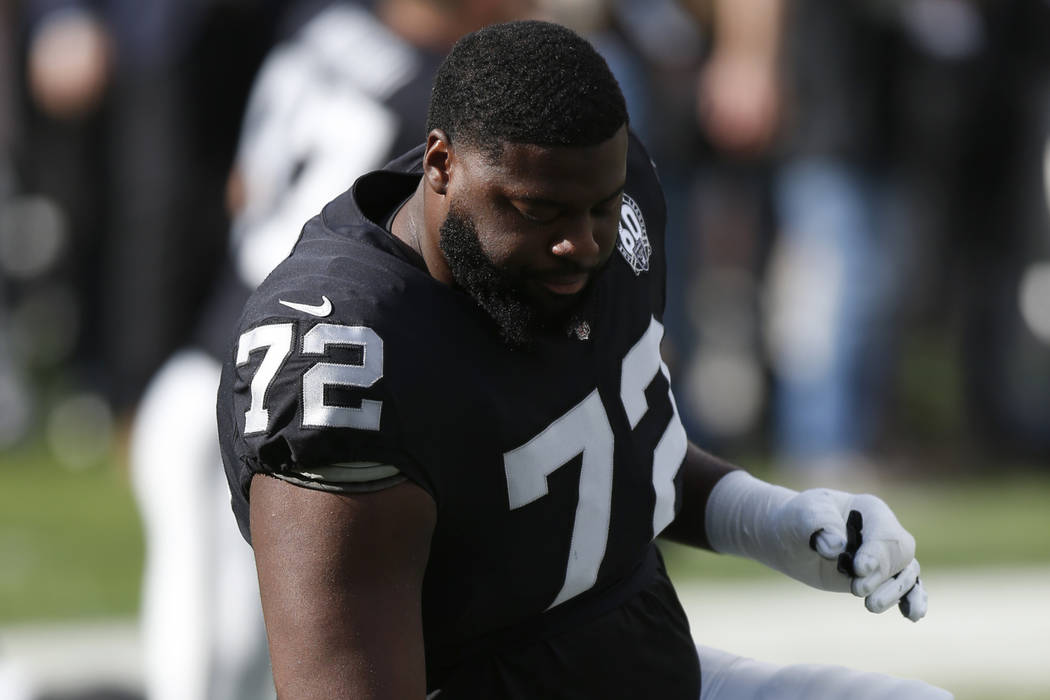 ALAMEDA, Calif. — The Raiders gave Brandon Parker an opportunity at start at right tackle on Sunday against the Chargers. But David Sharpe replaced him after 20 snaps and ended up playing the rest of the game.

Head coach Jon Gruden said Monday that Sharpe will remain at right tackle for Week 17 against the Denver Broncos.

Before inserting him at right tackle, the Raiders used Sharpe in a couple of “heavy” formations.

“He was in a tough spot,” said Gruden, who asked Sharpe to be a tight end going into the Chargers game “to give us a different look in the play-action passing game and in the running game.”

But when Parker struggled, Gruden abandoned those plans, inserting Sharpe at right tackle.

Quarterback Derek Carr was sacked three times in the first two quarters. But once the line stabilized, Carr remained upright for the rest of the game.

“Right now, the ball’s in Sharpe’s corner. We plan on starting Sharpe,” Gruden said. “He deserves it. He did some good things as the game unfolded.”