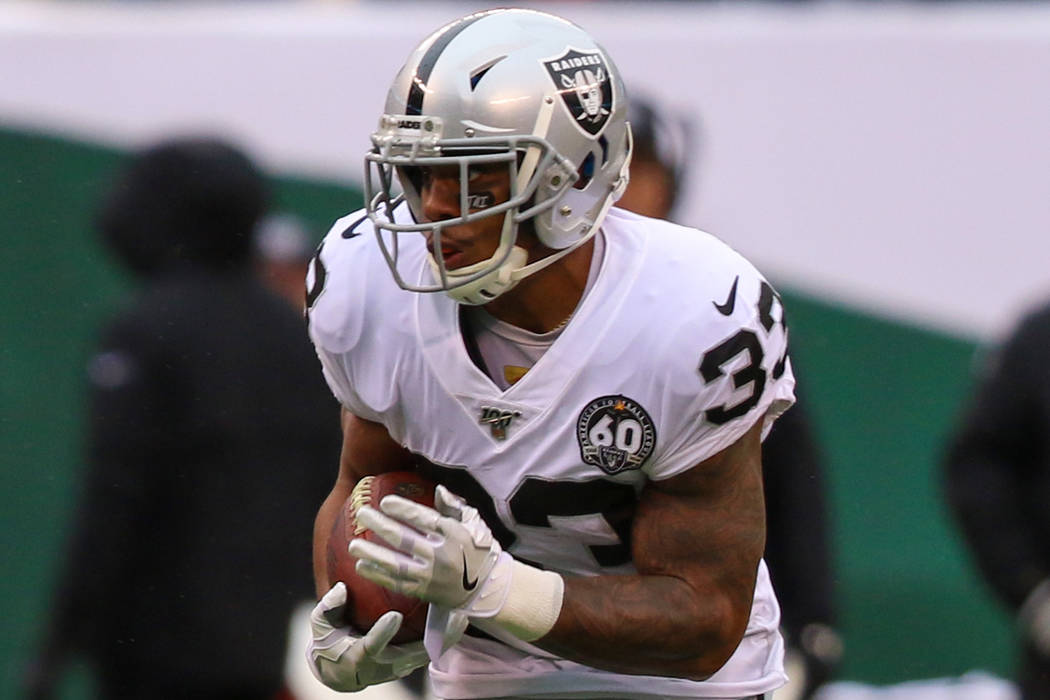 Oakland Raiders running back DeAndre Washington (33) runs with the football during the first half of an NFL game against the New York Jets at MetLife Stadium in East Rutherford, N.J., Sunday, Nov. 24, 2019. (Heidi Fang /Las Vegas Review-Journal) @HeidiFang 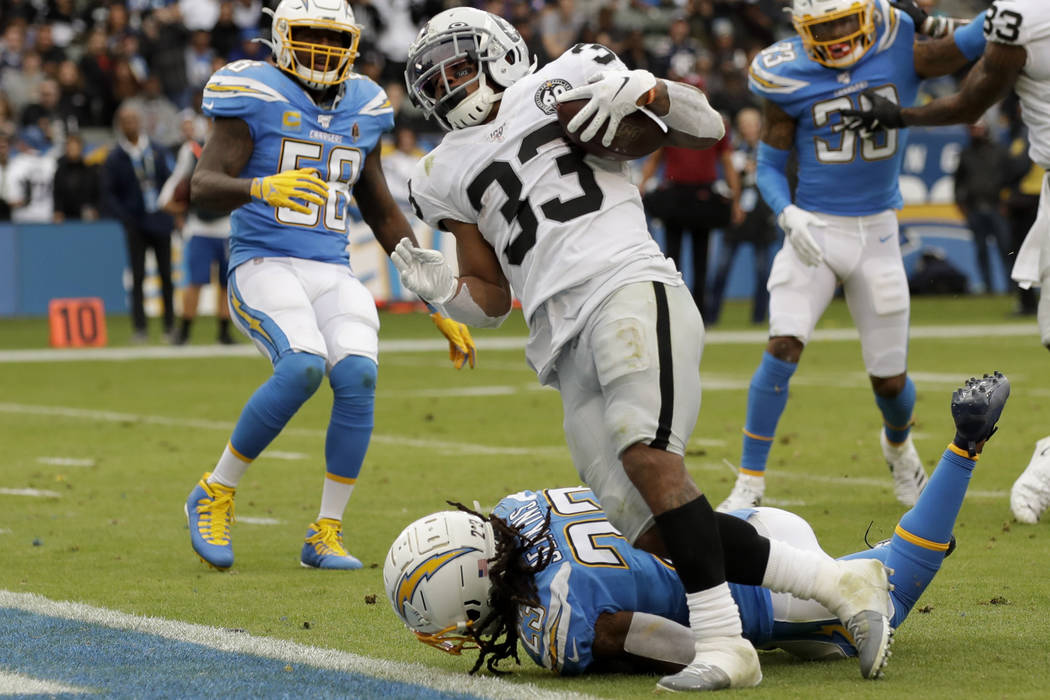 ALAMEDA, Calif. — Since being selected in the fifth round of the 2016 NFL draft, with pick No. 143, Raiders running back DeAndré Washington hasn’t been given many opportunities to show his full complement of skills.

He started two games as a rookie in the Raiders’ 12-4 2016 season. But he’s mainly been a backup — including this season after Oakland selected potential Offensive Rookie of the Year Josh Jacobs with pick No. 24.

But with Jacobs sidelined by a shoulder injury, Washington has started two of the Raiders’ past three games. And coming up on the end of his rookie contract, this is a prime chance for Washington to showcase what he’s capable of, not only for the Raiders but also the rest of the league.

“It’s just a business,” Washington said. “I just wanted to make sure I could put that out there.”

Last week, Washington had a career-high 23 carries for 85 yards and a touchdown. His only performance with more yards rushing came in 2016, when he had 99 yards on 12 carries in a Week 16 victory over the Colts.

“It’s definitely a good feeling to get a couple plays in, consecutive back-to-back, then to be able to get that rhythm going a little bit,” Washington said.

Offensive coordinator Greg Olson, who arrived with head coach Jon Gruden’s staff in 2018, said that while the Raiders knew Washington had potential, there was an element of the unknown with the fourth-year pro. The current staff had never asked him to carry the load like they did in Week 16.

And with Washington’s performance, Olson called it “a great evaluation game.”

“We were real happy with how he ran the ball and how he protected in the passing game and how he caught the ball coming out of the backfield,” Olson said. “So, a good day for DeAndré Washington and couldn’t be happier for him.”

Quarterback Derek Carr, however, said he didn’t need Washington’s showing on Sunday to convince him he was capable of handling a bigger offensive role.

“Sometimes I think players know players better,” Carr said. “DeAndré has shown that over his career when he’s been needed, he’s been able to show up and be productive.”

“He’s always had a nose for the end zone, whether it’s running the ball or pass game,” Carr said. “He’s caught a few touchdowns close down there before, so he just has a good feel finding the end zone.”

Washington said that “once the end zone’s there … you can almost taste it, man. Your mindset just kind of changes when you’re that close. Me personally, I don’t like to kick field goals. So if I can get a chance to get into the end zone, that’s definitely what I’m going to try to do.”

Since it’s still early in the week, it’s not clear whether Jacobs will be available to play in the Raiders’ regular-season finale at Denver on Sunday. But if he’s not, Washington has proven that the Raiders are still in good hands with his 23-carry performance.