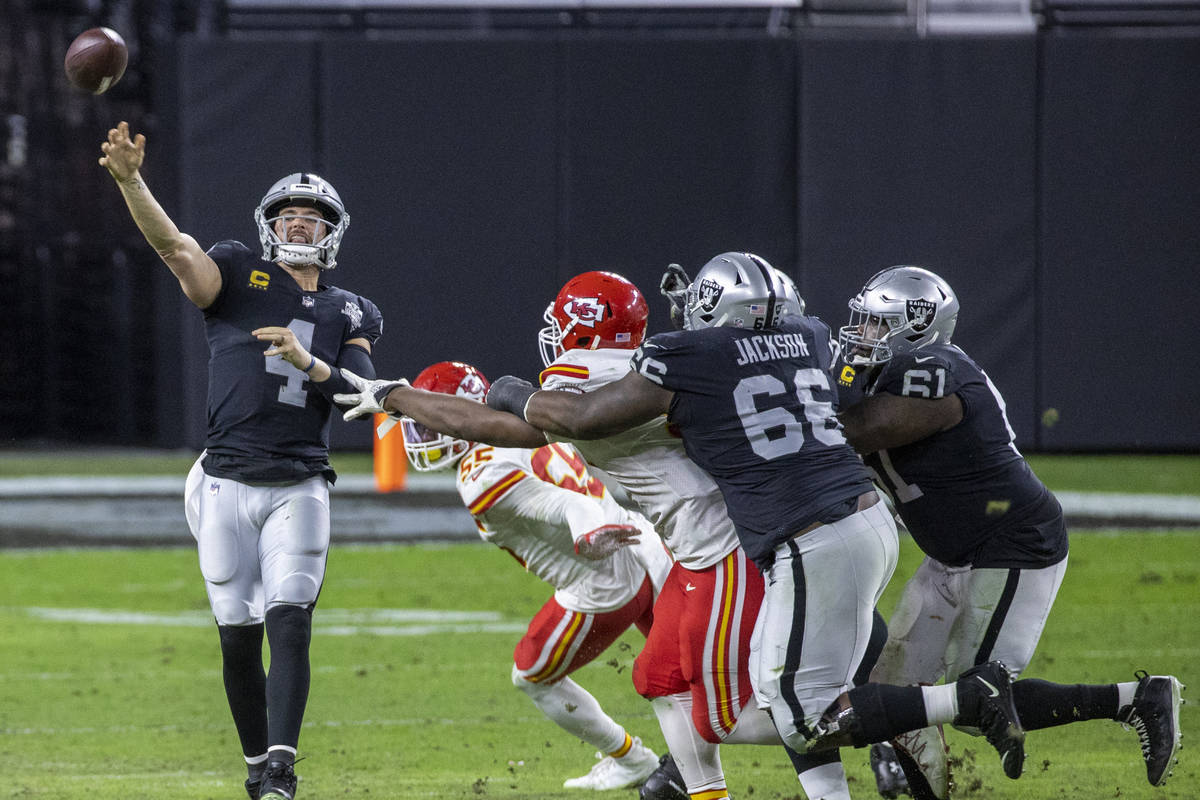 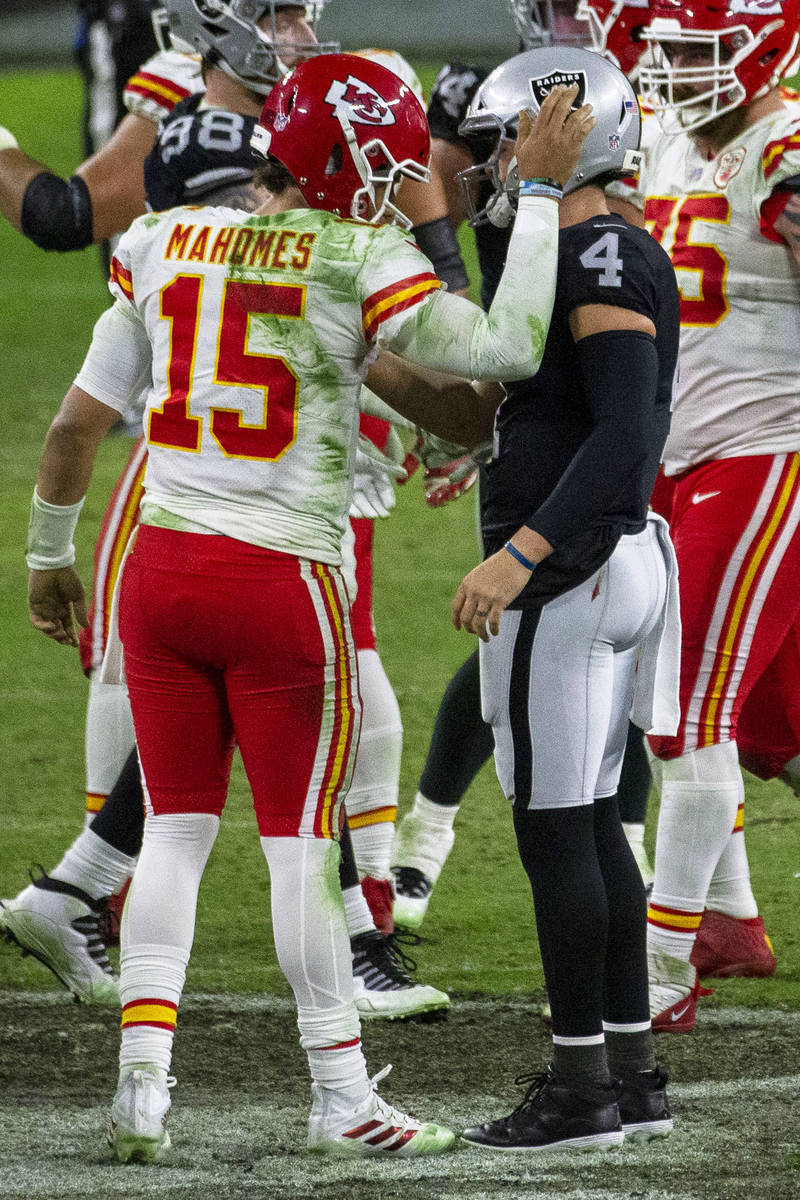 Derek Carr’s desperate heave downfield in the closing seconds of Sunday night’s game fell into the arms of Chiefs safety Daniel Sorensen and took away any hope of pulling out a miraculous victory.

It was about the only blemish for the Raiders quarterback in the team’s attempt to complete a season sweep of the Super Bowl-champion Kansas City Chiefs.

Carr completed 23 of 31 passes for 275 yards and three touchdowns, including a dramatic 1-yard strike to Jason Witten to put the Raiders ahead late in the fourth quarter at Allegiant Stadium.

“That’s as good as you can play,” Raiders coach Jon Gruden said. “Plus, had four or five balls that were magnificent throws that we could have caught but didn’t make the play on. He played tremendous. He was almost flawless.”

He just ran out of time.

Kansas City quarterback Patrick Mahomes answered Carr’s drive with one of his own, finding Travis Kelce for a 22-yard touchdown with 28 seconds left to give the Chiefs a 35-31 victory.

After Kansas City reclaimed the lead, Carr was faced with trying to go the length of the field with no timeouts. On first down, he threw his only interception as he tried to find Nelson Agholor deep down the left sideline.

“You have to go out there and try to get a chunk play, so you throw (Agholor) a jump ball there,” Carr said. “It sucks that it came down to a situation like that, but it was a good game. I’m sure everyone at home enjoyed watching it. Two good teams going at it, division rivals.”

The Raiders’ offense was great at times. Carr led scoring drives on the team’s first two possessions and finished with a 119.7 passer rating. He also didn’t take a sack.

“I thought Derek was in control and command the entire game,” Witten said.

It’s the seventh time in 10 games that Carr has posted a rating over 100. He’s in the top five in the NFL through 10 games.

”This is the best offense I’ve ever been a part of,” the seventh-year pro said. “This group is awesome. We can win in different ways. We can smash them in the run game or win a shootout.

The glimpses are showing up more often these days. The Raiders (6-4) have eclipsed 30 points in three straight games and six times this season.

Sunday ranked among Carr’s best performances, as he almost outdueled Mahomes, a popular choice as the league’s best player.

“I thought Derek played great,” said tight end Darren Waller, who caught seven passes for 88 yards and a touchdown. “He was making a lot of great throws, probably throws that you’d use if you were teaching a young quarterback.”

Carr also is starting to rack up more and more career accomplishments. He surpassed the 25,000-yard passing mark on a 29-yard pass to Agholor in the first half.

He joined Seattle quarterback Russell Wilson as the only players in NFL history with 25,000 yards and fewer than 70 interceptions in their first seven years.

But the Fresno State product is more concerned with the here and now. Despite Gruden’s evaluation, Carr said he was eager to watch the tape to find any flaws before Sunday’s game at the Atlanta Falcons.

“I’ll watch the film and try to improve,” he said.