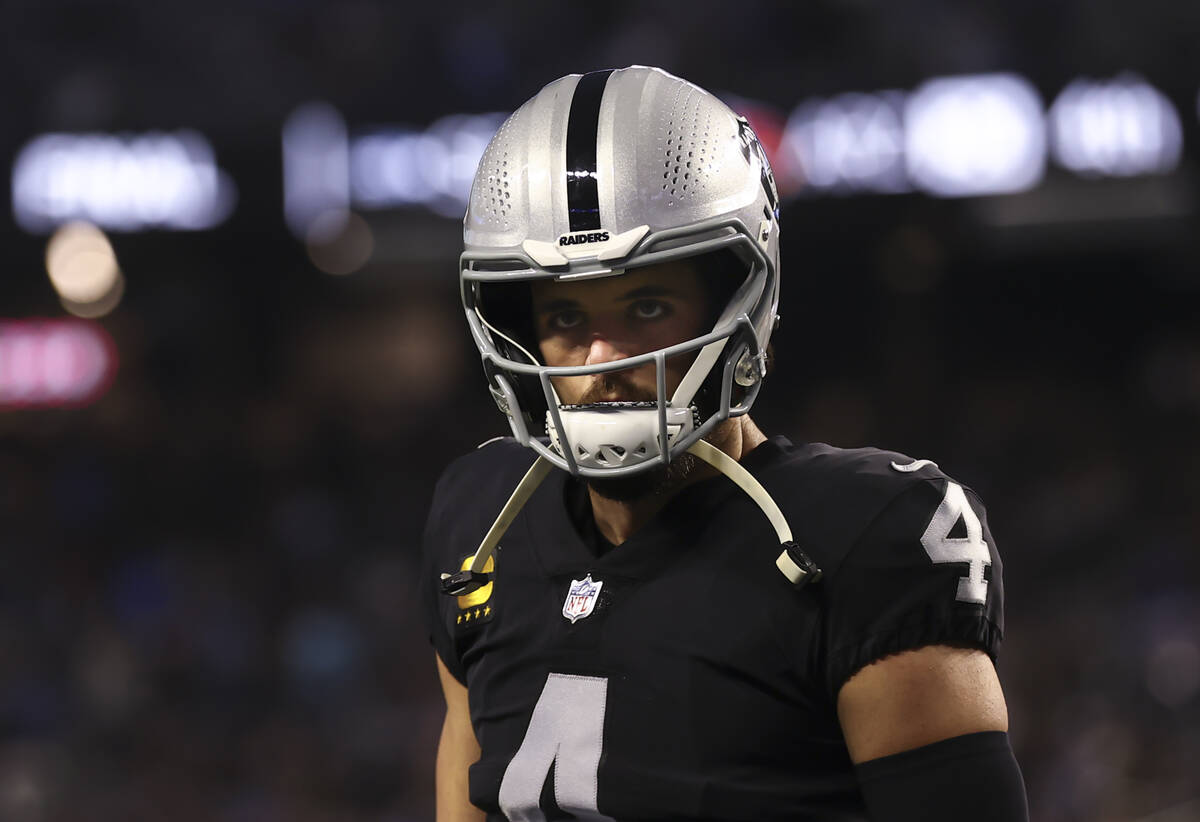 Raiders quarterback Derek Carr looks on before the start of an NFL football game against the Los Angeles Chargers at Allegiant Stadium on Sunday, Jan. 9, 2022, in Las Vegas. (Chase Stevens/Las Vegas Review-Journal) @csstevensphoto

Speaking publicly for the first time since Josh McDaniels took over as the Raiders coach and Dave Ziegler was named general manager, quarterback Derek Carr said on Friday he and the club’s new leaders are beginning the process of getting to know one another.

“They’ve been super awesome. They’ve been great,” Carr said during an event to promote the Altar Men’s Conference he is hosting next month at the Thomas & Mack Center. “I’m just looking forward to getting to know them. We’re doing the whole business relationship thing, but hopefully, we can get our families together and start getting to know each other and start building that unity that we had last year.”

Carr is going into the last year of his contract. While he didn’t divulge anything new on where contract extension talks stand, he did indicate whatever the new deal looks like he will continue to use his financial good fortune to make a positive impact.

“I’ll do what I can to continue to bless my family and bless people all around the world,” Carr said. “I truly believe that God has allowed me to be in such a position with that stuff. I’m thankful that He can trust me to do the right thing with that money.”

That said, Carr also hinted he is aware of how his next contract can impact the Raiders’ ability to acquire players who can help improve the team. It’s an open secret Carr would like to reunite with Packers wide receiver Davante Adams, his former teammate at Fresno State and a potential free agent next month.

So he is cognizant of the good he can do with a lucrative new contract, but other factors will play into things and perhaps affect salary expectations.

“Obviously, that’s in mind when I’m thinking about all that,” Carr said. “But there’s also some football players that I want to play with, so I keep that in mind too.”