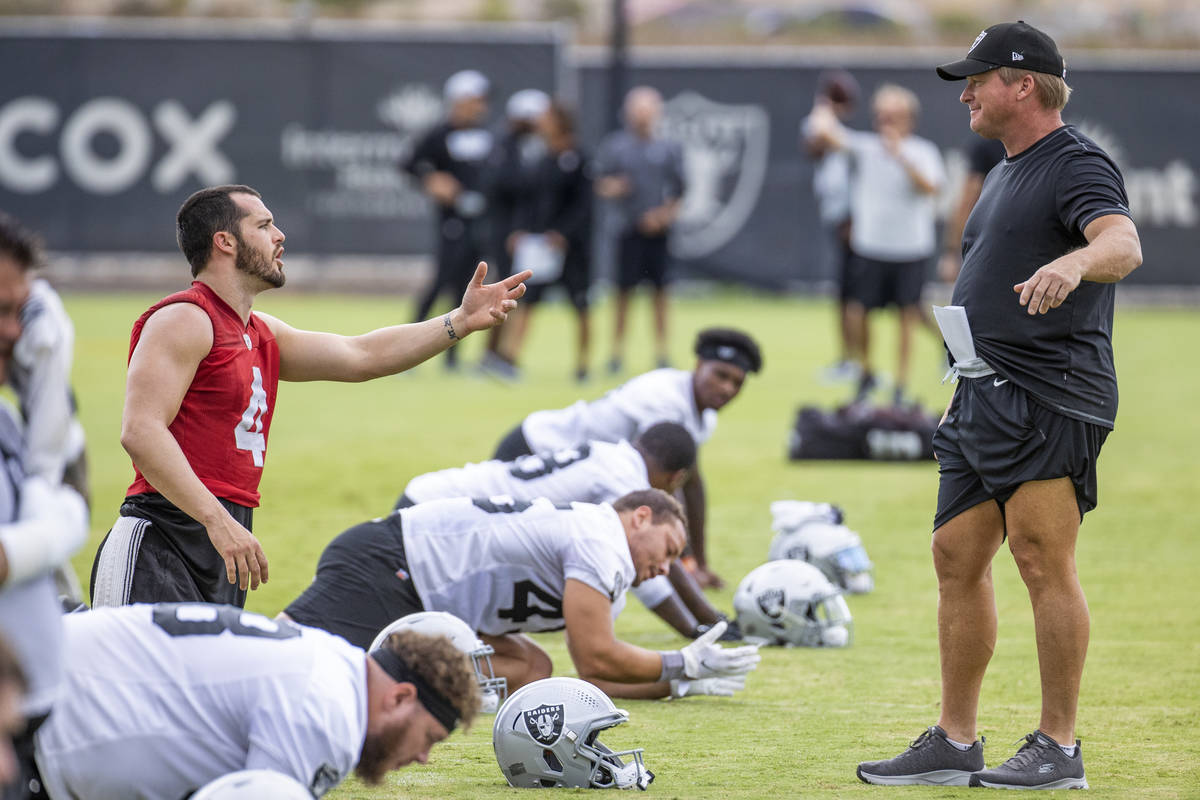 Asked Wednesday about how Carl Nassib has been treated by his Raiders’ teammates since becoming the first active NFL player to announce he was gay, quarterback Derek Carr said:

“When he came in, I just like to watch and not one person from my point of view has treated him any different. He may have a different story, but I don’t know what his story is. But from my point of view, his locker is just a few down from mine, and I want to make sure that he knows that we just want him to play as hard as he can so we can win a Super Bowl.

“Like that’s what we’re here to do, whether someone agrees or disagrees with what he does off the field, that’s everybody’s opinion and leave it like that.

“But we’re still a family when we come in this building. We better treat him like such, and so from my point of view it’s been good. But I don’t know if Carl would say the same, I don’t know. From what I’ve seen, it’s been good.”