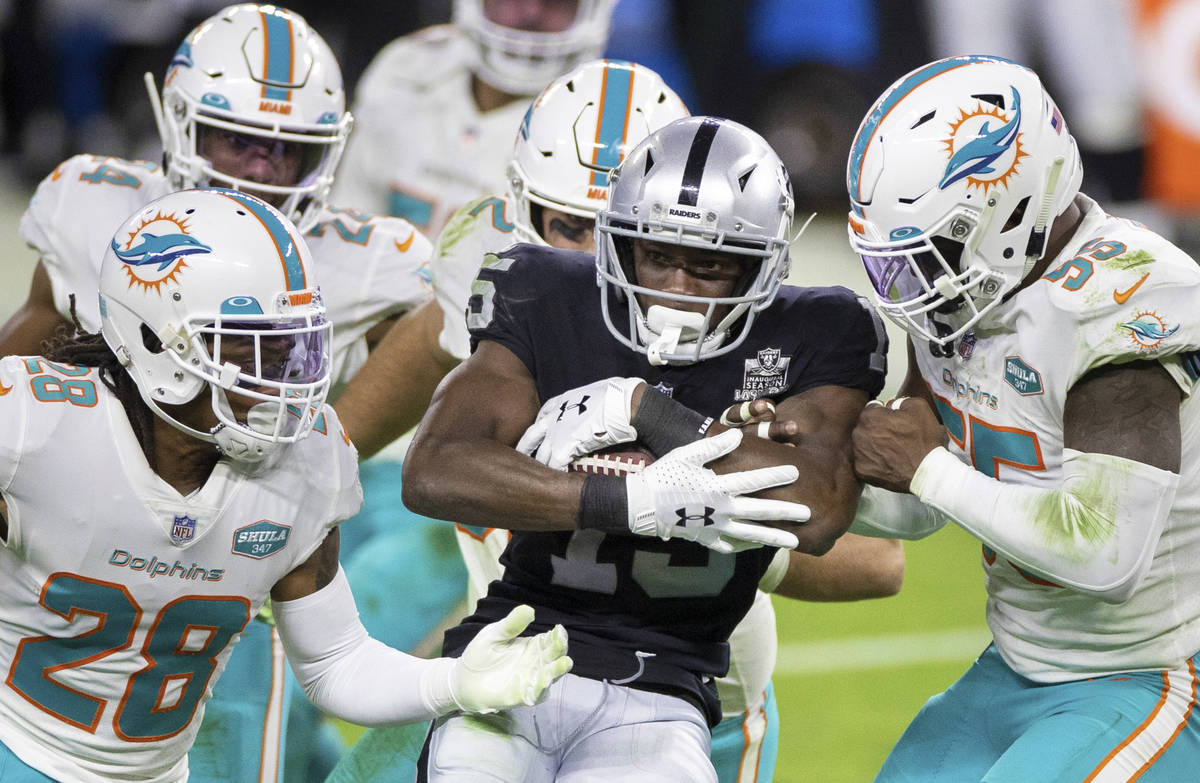 The Raiders’ season finale against the Denver Broncos isn’t so much the end of the line as much as it is the starting point for the offseason ahead. The Raiders fell short of expectations and there’s disappointment within their building and among their fans.

Getting things fixed for next year is critical. And those changes begin Monday.

As expected, their fans have plenty of questions about what happened in our weekly mailbag.

1226Rick (@rickberry18): What are the chances the Raiders re-sign Nelson Agholor?

Vincent Bonsignore: Agholor was signed to provide depth to a young wide receiver group, but the slower-than-expected development of rookies Henry Ruggs and Bryan Edwards opened a door for the Agholor, who became a trusted target quarterback Derek Carr. He outperformed the one-year, $1.4 million contract and put himself in position for a big payday. The chances seem good that he and the Raiders can come to terms on a new deal.

PedroBoomin (@PedroBoomin69): Any surprise players not signed, signed or kept?

VB: Short of the Raiders moving on, via a trade, of someone like Cary Littleton, there should not be many surprises there. Because of salary cap concerns, keep an eye on Trent Brown, Lamarcus Joyner, Marcus Mariota, Richie Incognito and Tyrell Williams, all of whom are under contract for next year but who have all been paid the guaranteed portion of their salaries. The Raiders can release each player in order to create some much needed salary-cap space.

VB: Marinelli and Gruden have coached together together in Tampa Bay, so there is a chemistry and trust. That said, the sense is the Raiders will first look outside their building to find the next defensive leader. This is a critical hire as the offense was playoff caliber. In fact, even just a middle of the road defense would have been sufficient enough for the Raiders to qualify for the postseason. With Marinelli in charge of a defensive line, that unit didn’t play at a sufficient level.

VB: Upgrading at free safety alongside Johnathan Abram is a huge priority. Ideally that comes in the form of a experienced veteran. Maye and John Johnson from the Los Angeles Rams are two names to watch as they are both young and talented safeties who would make immediate impacts.

RAIDER TOREY (@t_coll2): Do you think the Raiders are close to being a playoff team?

VB: In three games over the second half of the season, the Raiders’ offense handed leads over the defense with 1:43 and 19 seconds left to play and in overtime. Needing a stop in each case to win the game, the defense failed all three times. As a result, the Raiders dropped three games by a combined eight points. Had the defense done its job, this is a 10-win team getting set to punch a ticket to the playoffs.

VB: Age should not play a factor for Freeman (34). It might not happen this year, but Freeman is on the NFL radar.

Surfer Bob Man surfing (@VegasSurferBob): What are the chances Jon Gruden or Mike Mayock, or both, leave after this season?

VB: Slim and none. While there is disappointment in how the year ended, there also is faith that this is a franchise forward.

VB: Irving couldn’t stay healthy. But he is someone the Raiders are likely to bring back.

5
Where do Raiders stand on trades, free agency?