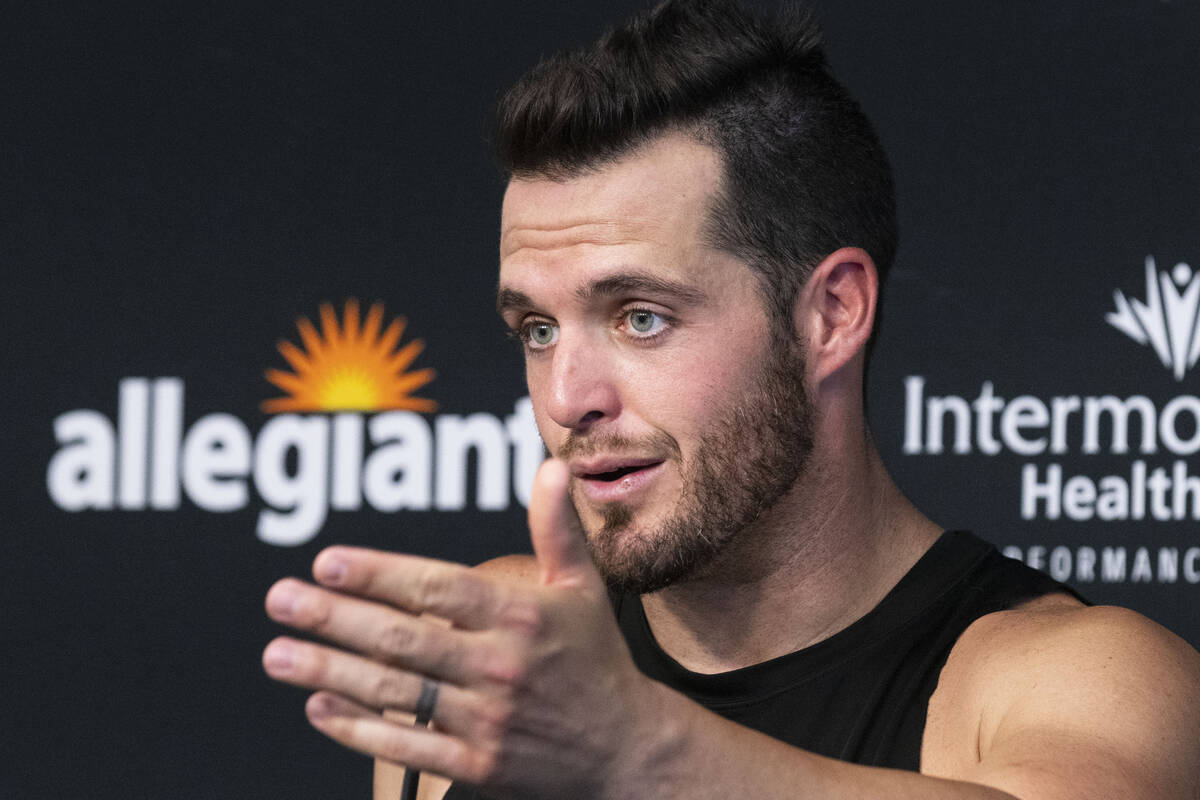 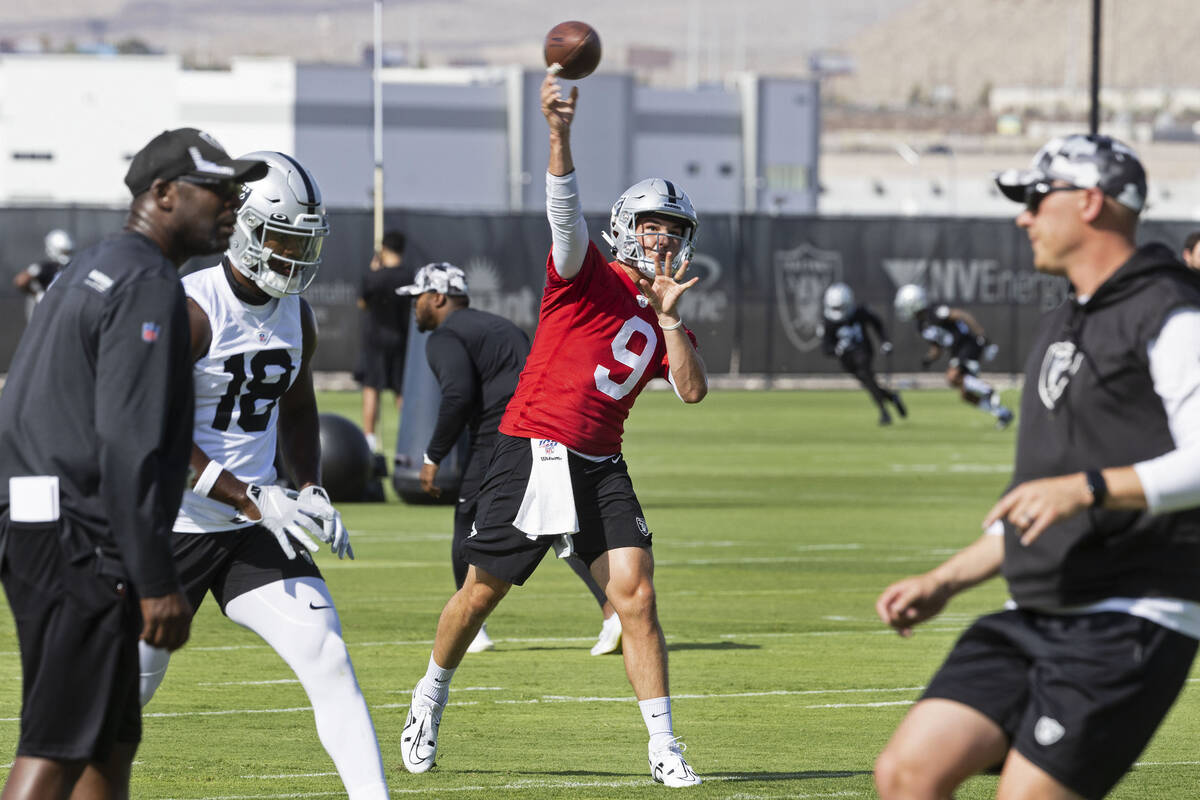 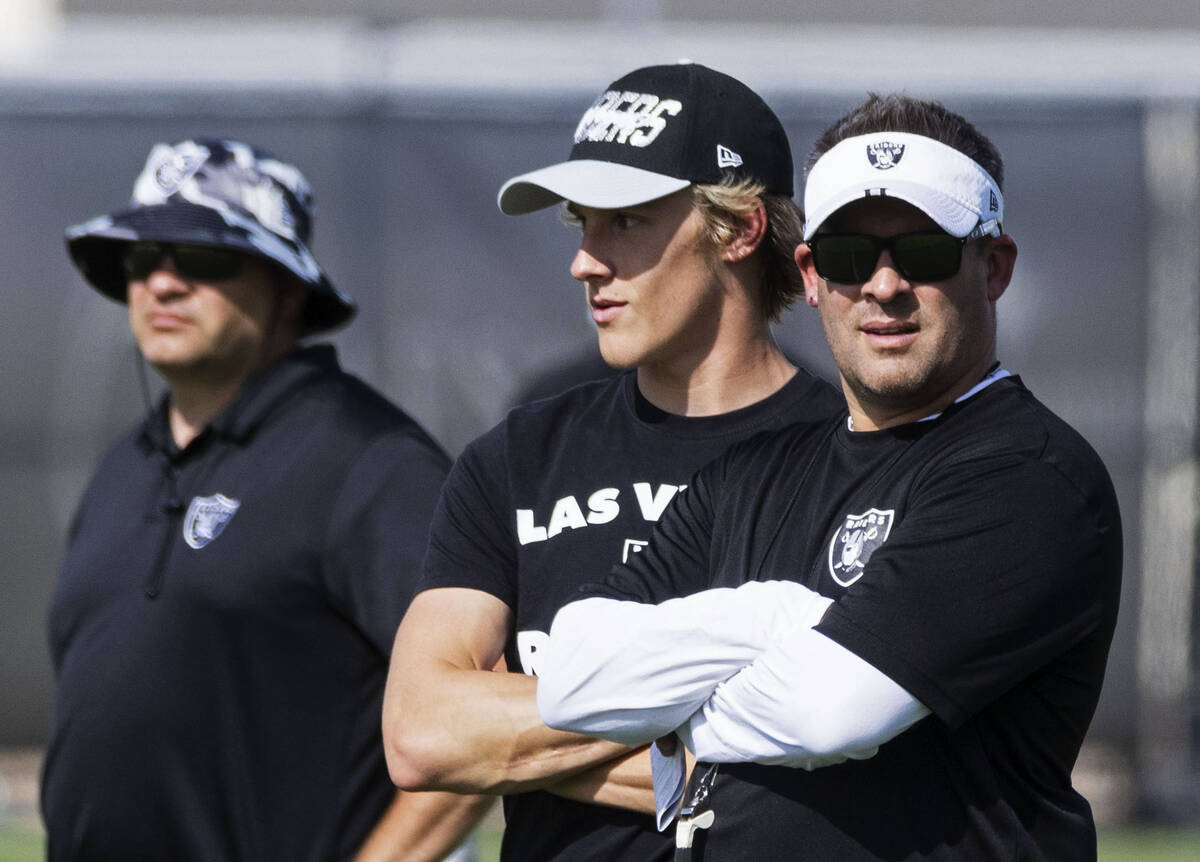 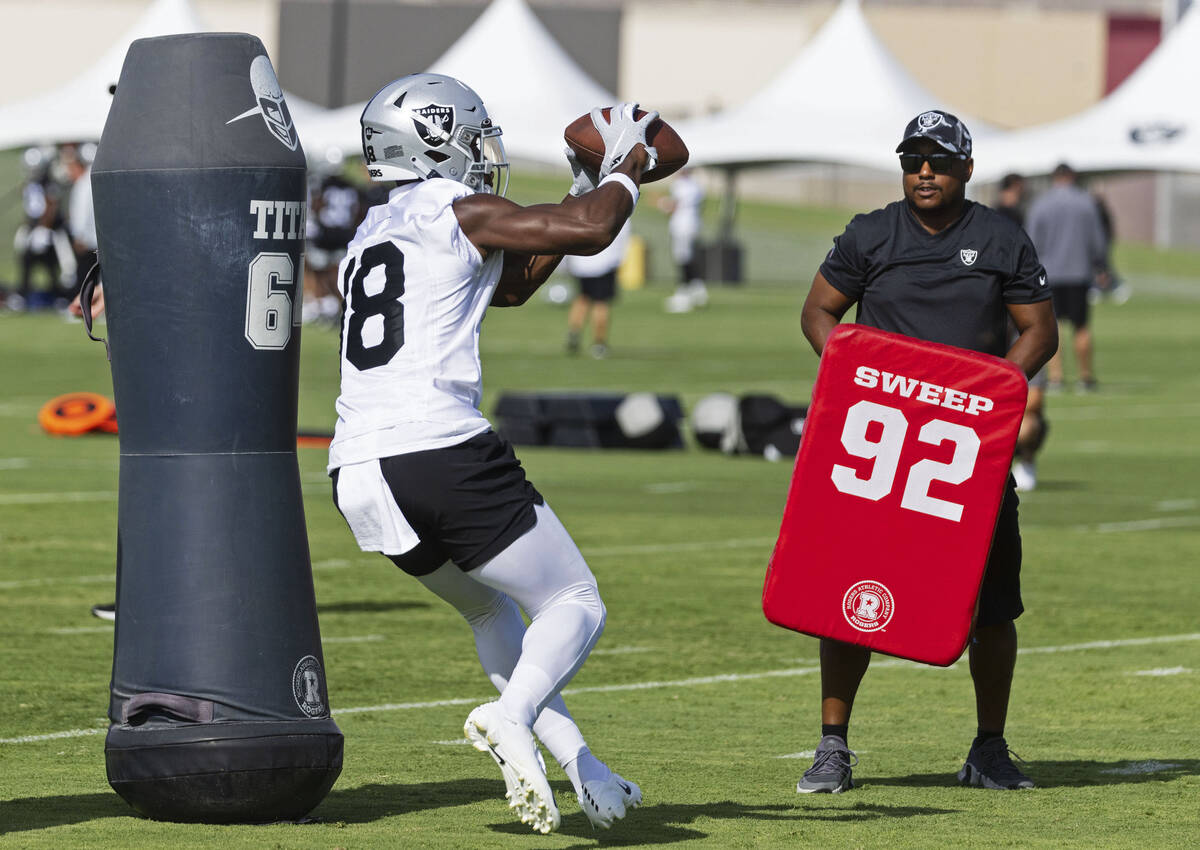 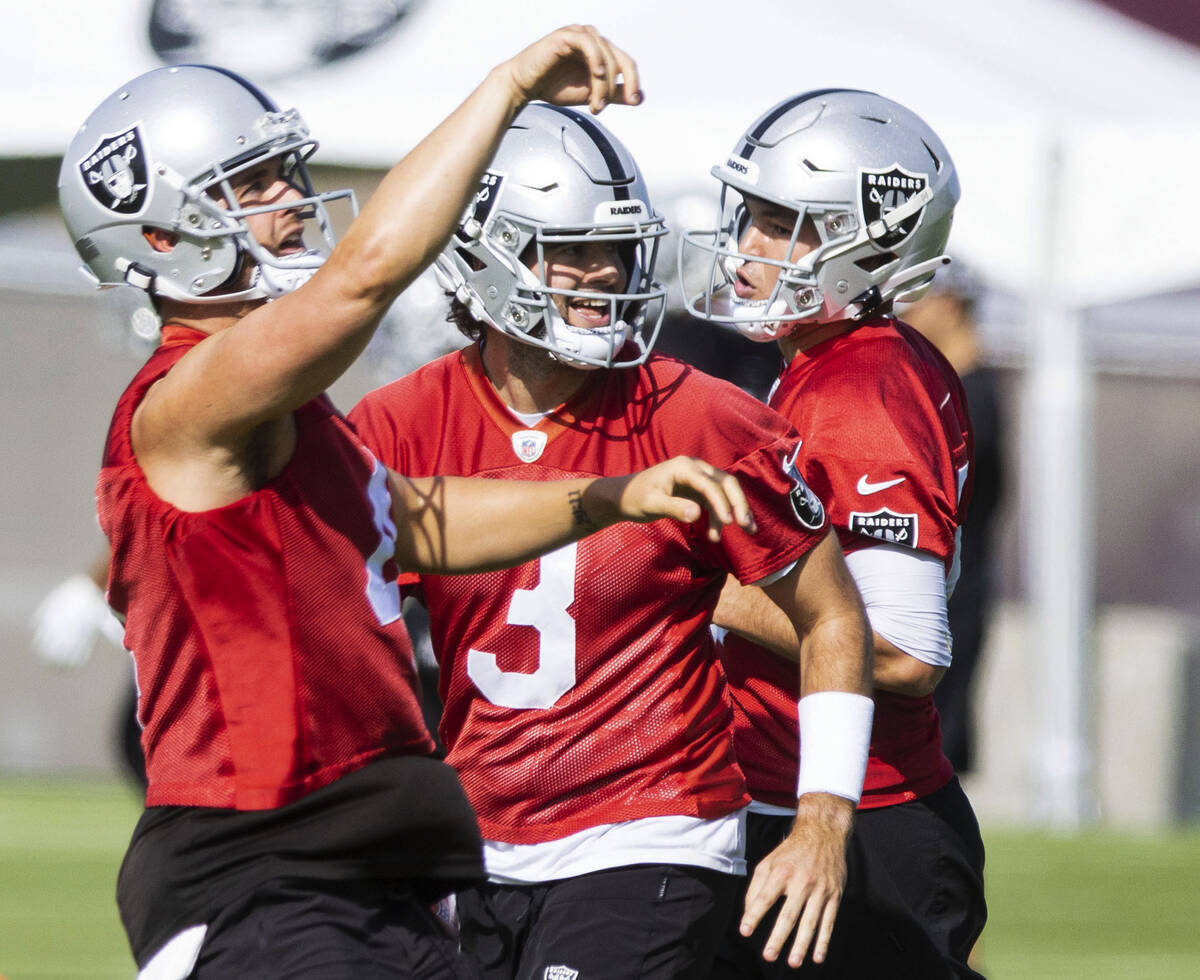 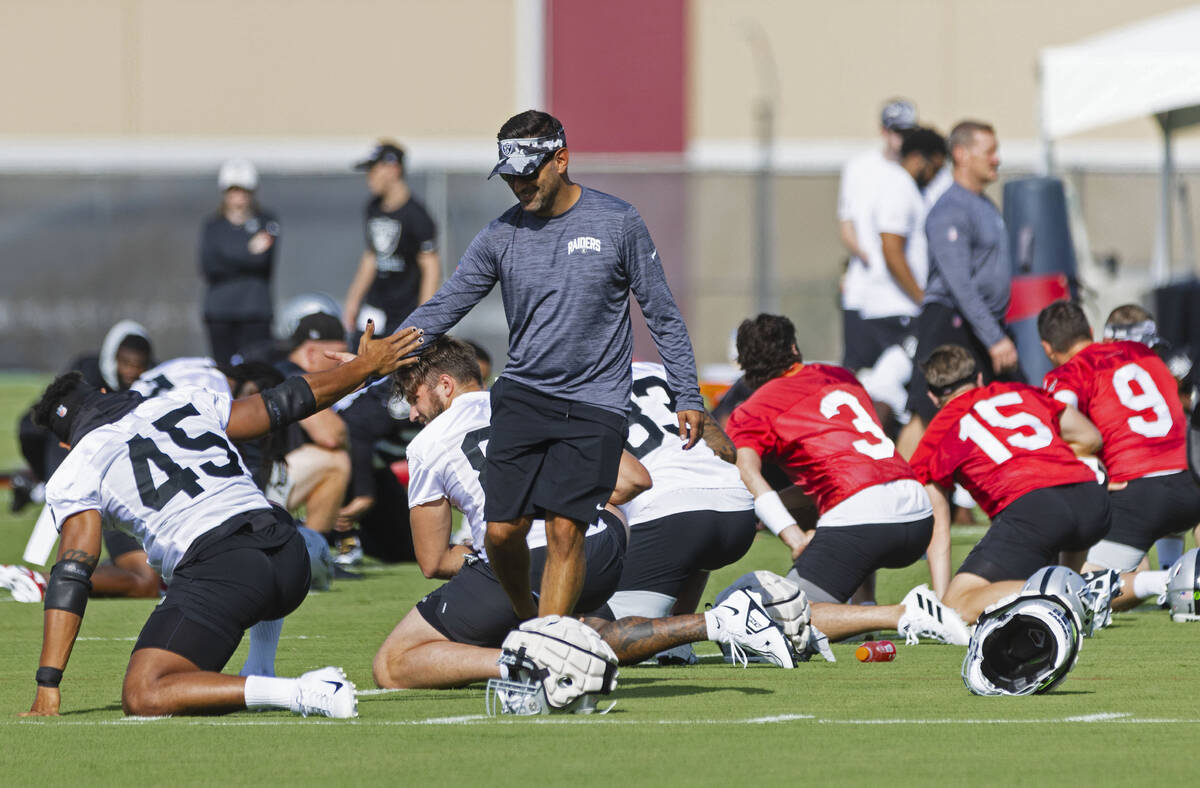 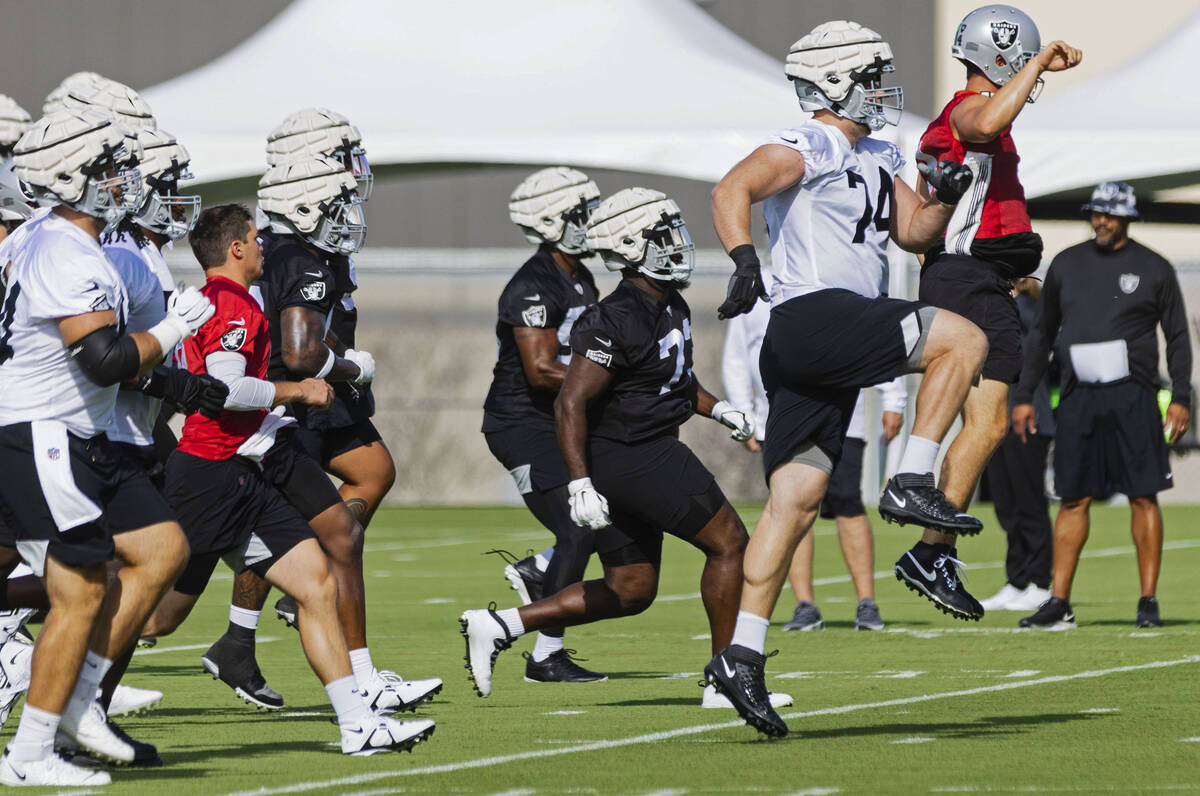 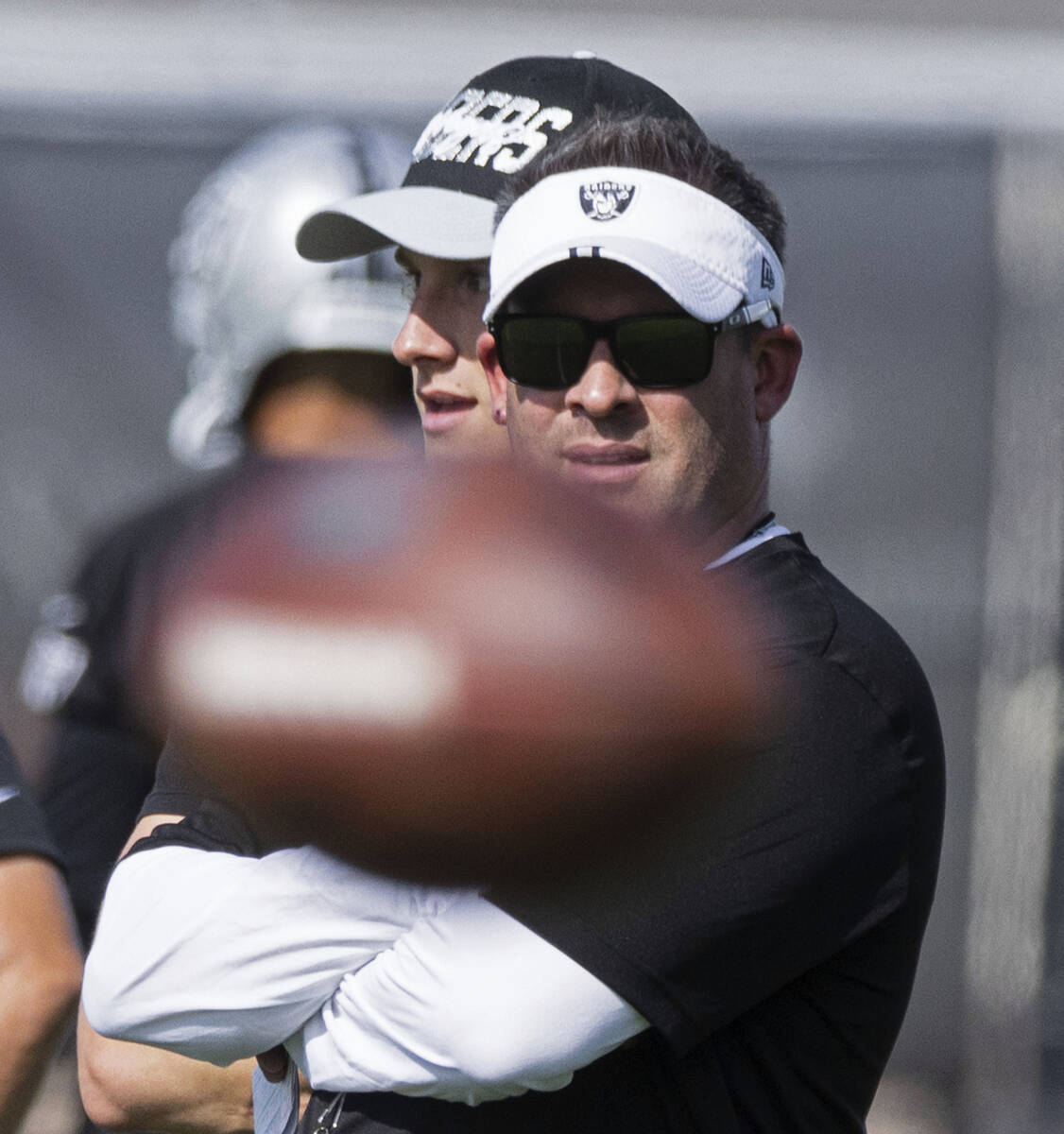 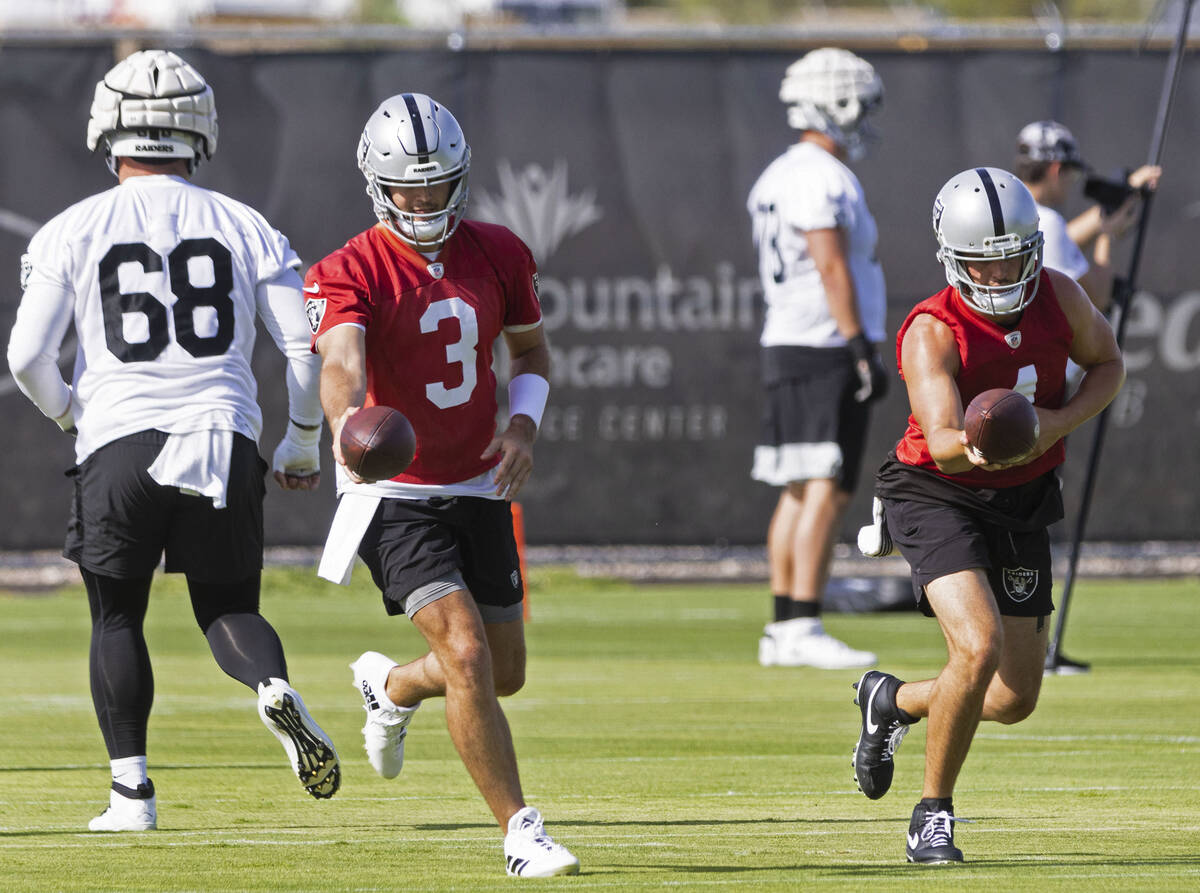 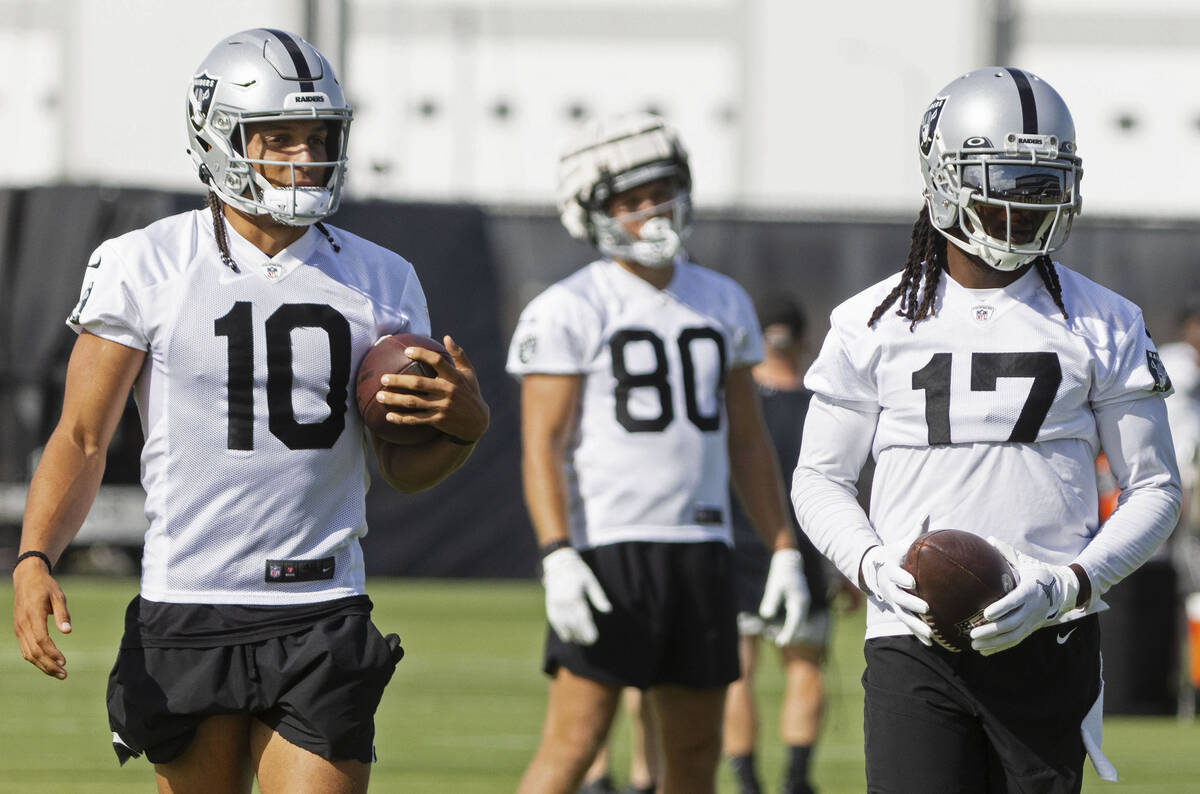 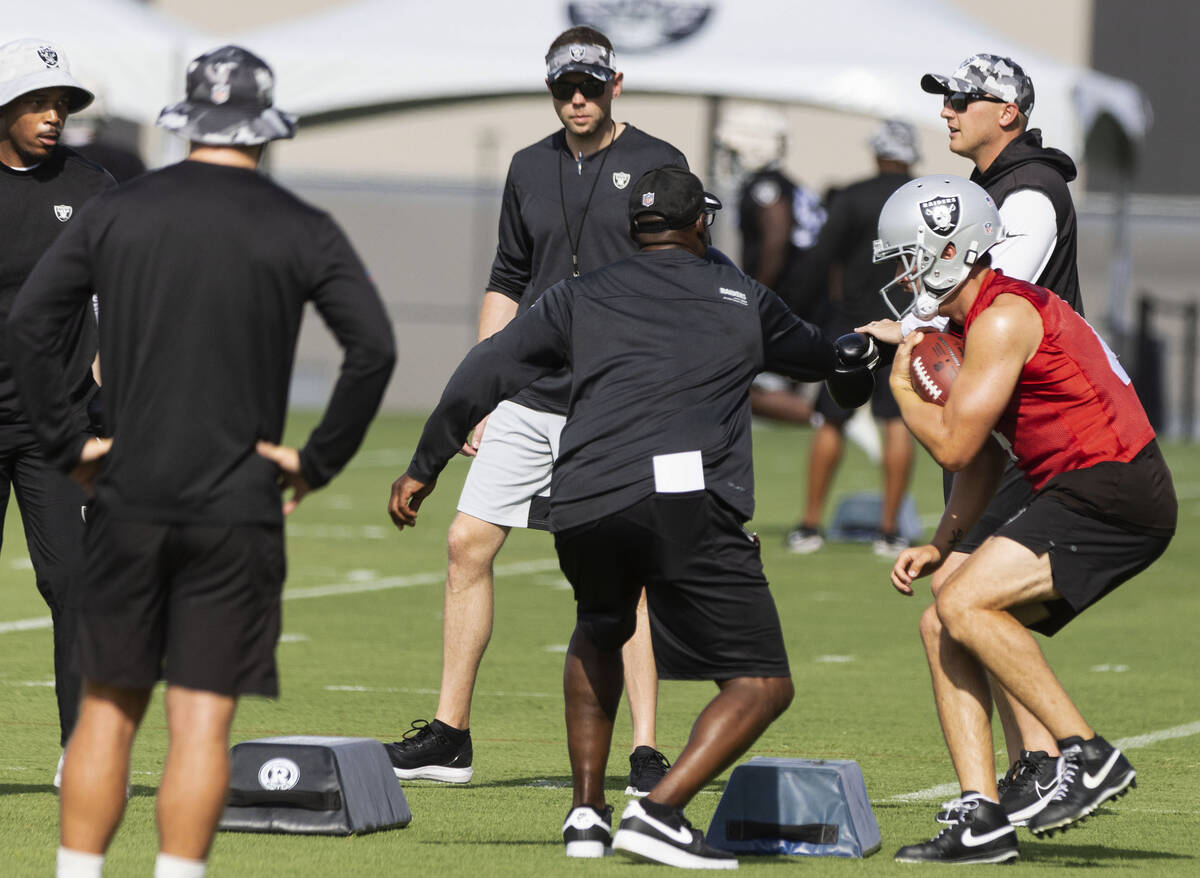 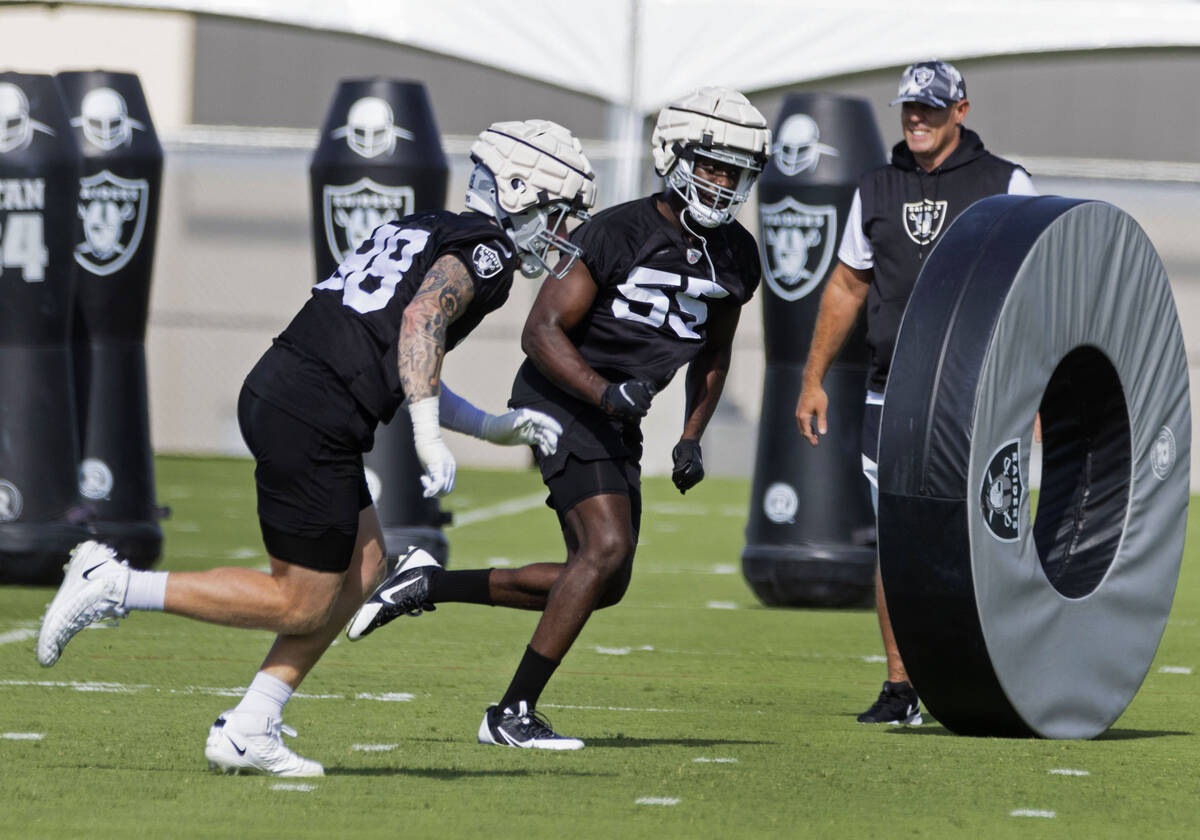 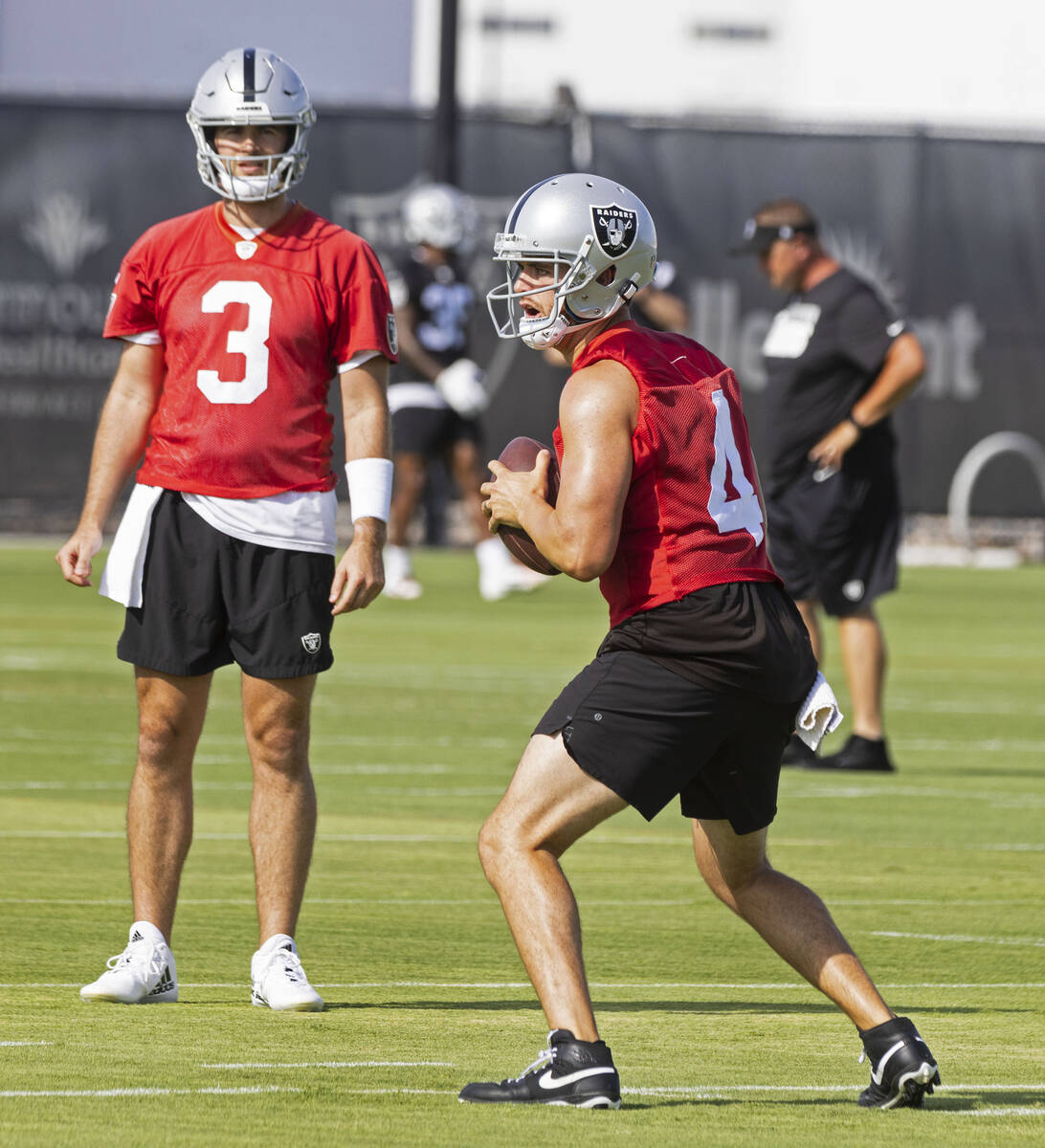 Raiders quarterback Derek Carr (4) prepares to throw the ball as back up quarterback Jarrett Stidham (3) looks on during team's practice at training camp in the Intermountain Healthcare Performance Center on Friday, July 22, 2022, in Henderson. (Bizuayehu Tesfaye/Las Vegas Review-Journal) @btesfaye 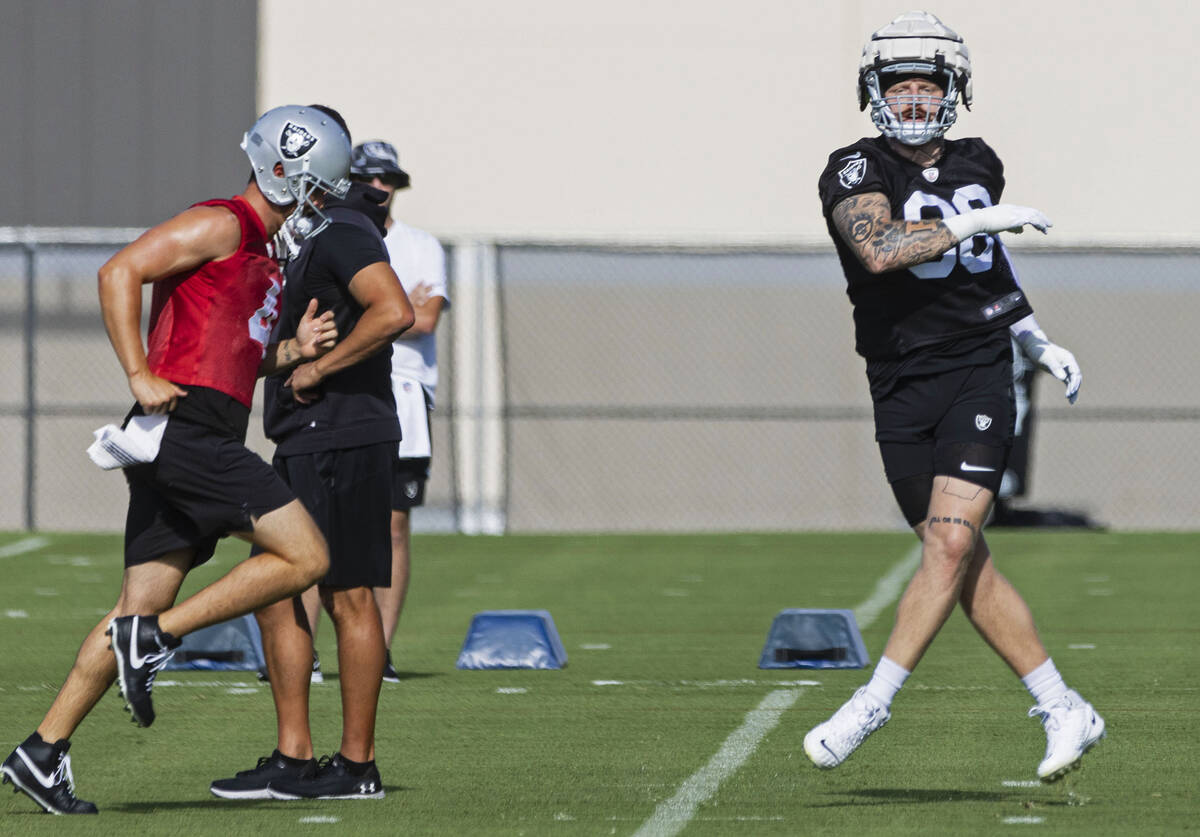 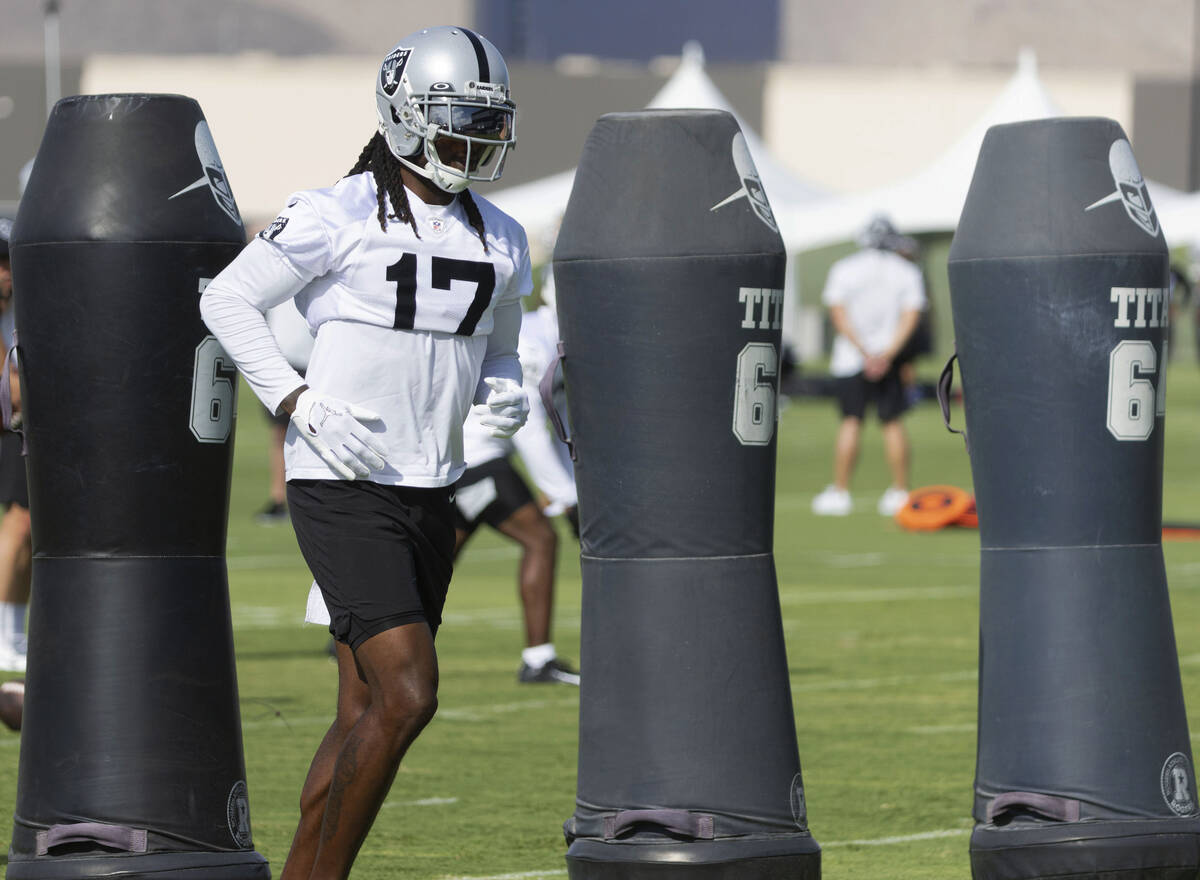 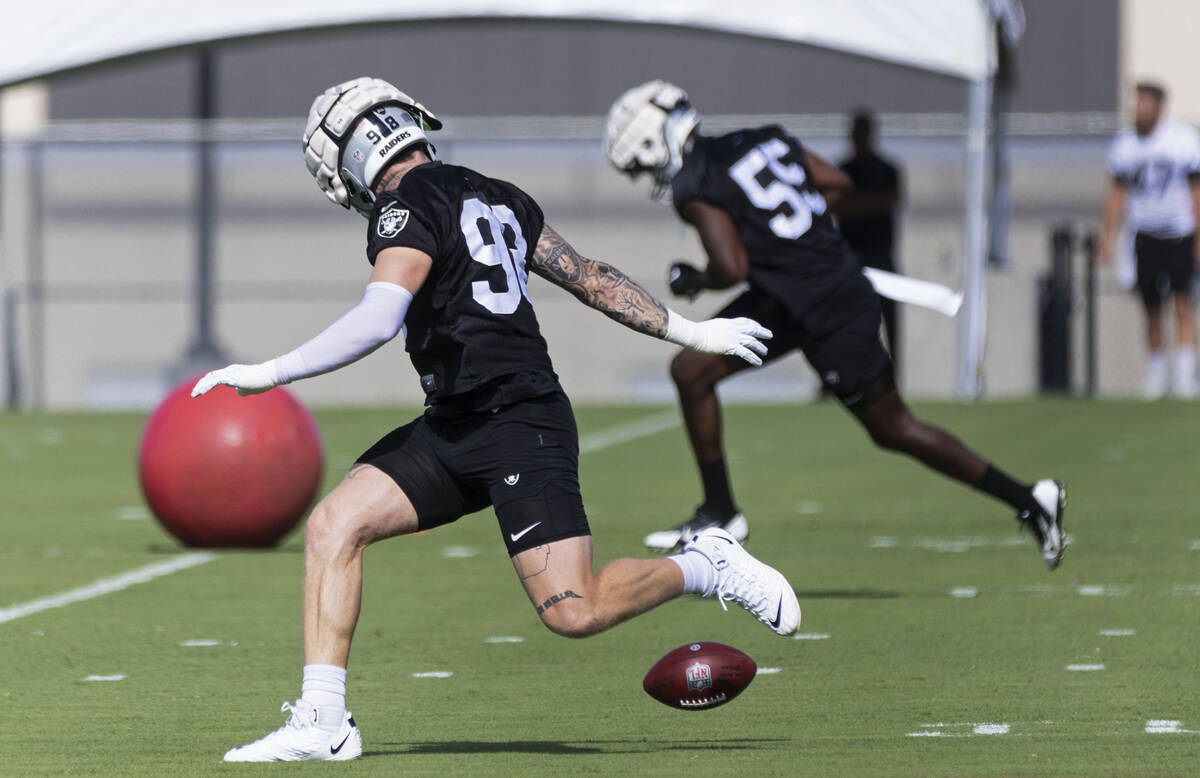 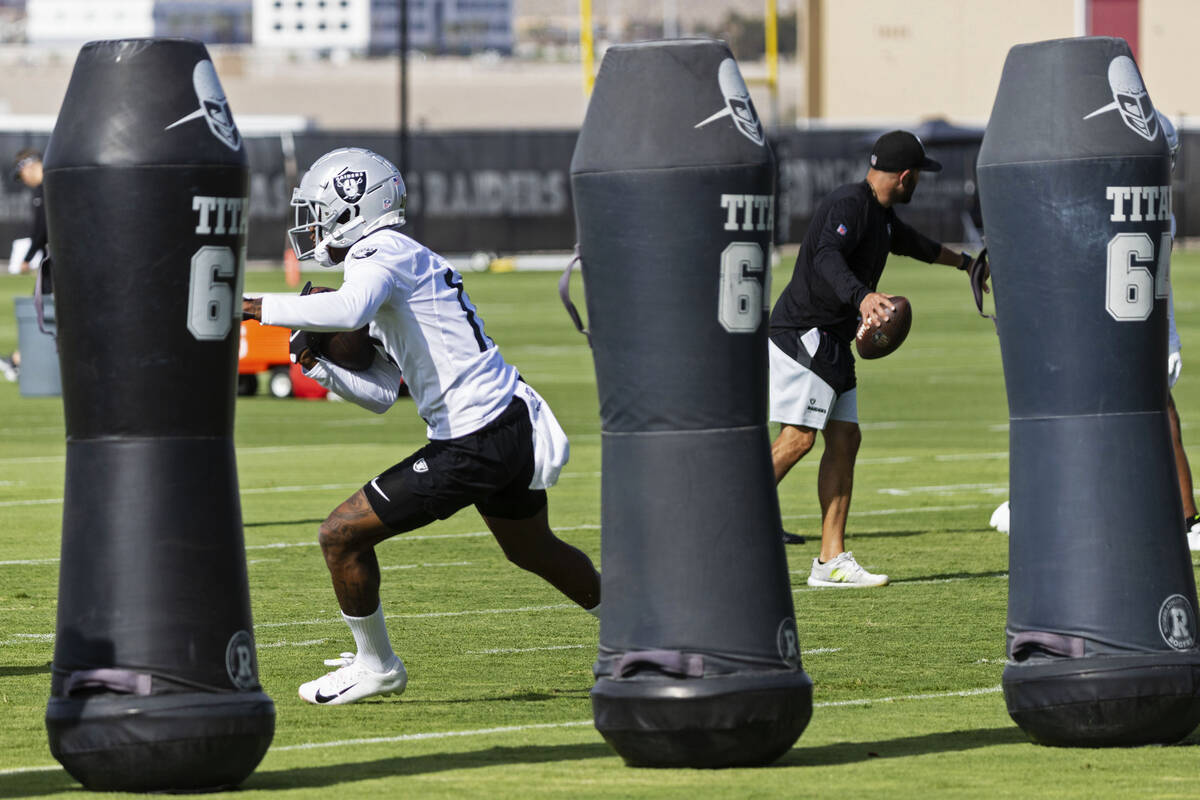 Far too many times than he cares to remember, Derek Carr has taken the podium at the Raiders’ practice facility and braced himself for questions that had little to do with the game he is paid to play.

Upon which, he searched for the right words to put in perspective a series of off-field events ranging from the sudden resignation of Jon Gruden to the drunk driving incident involving Henry Ruggs that took the life of a young Las Vegas woman.

And that doesn’t even get into the questions he faced even further back about the Raiders moving from Oakland to Las Vegas, or playing a season under the cloud of COVID-19.

It’s understandable, then, the relief Carr felt upon speaking to the media for the first time from Raiders’ training camp on Friday, when pretty much every question was centered around one very specific subject.

That has been the case even with his own teammates, many of whom shared an emotional roller-coaster ride with him last year that simultaneously sent the Raiders soaring and plunging as they dealt with all the off-field drama while also making a successful on-field push to the playoffs.

It was a delicate balancing act trying to suppress certain feelings in order to focus on the task at hand.

“I couldn’t even comprehend it at the time,” Carr said. “I’m a human person, and I didn’t get the chance to really feel all those emotions.”

The result was an offseason in which he had to untangle himself from feelings he couldn’t afford to deal with in real time.

“If I’m honest, after the season, I had a couple of those days where you think about it,” Carr said.

It was a lot to digest.

“More so the life transformations for families, and the life loss, the careers that are done,” Carr said. “The real-life part of it hit you. Because, as you know, it happened, and (then) we were right back here, to play. There’s so much on your mind, football-wise, that you didn’t get to really comprehend it all.”

In time, Carr found perspective. And as the offseason continued to unfold, the Raiders added a new coach and general manager in Josh McDaniels and Dave Ziegler, locked Carr up with a contract extension and added transformative talent in best friend Davante Adams and speed rusher Chandler Jones.

Pretty soon, the focus shifted exclusively to football. Including bonding with new teammates and learning McDaniel’s playbook and trying to build off last year’s momentum by making an even longer run in the playoffs.

“And that’s been nice,” Carr said.

That it all coincides with the emergence of a Raiders team that, on paper, is the best of Carr’s nine-year career only adds to the good vibes.

“All I can say is, this is a close group, and that is evident from offense, defense and special team. That is evident. And it’s evident that everyone is coming in with the right mindset. And that’s going to give us a chance. It’s not going to promise us anything, but it gives us a chance to be competitive and try to win football games.”

And maybe be able to focus only on football.

“I’m glad that, hopefully, that stuff’s behind us,” Carr said.

4
3 takeaways from Raiders’ win over Broncos