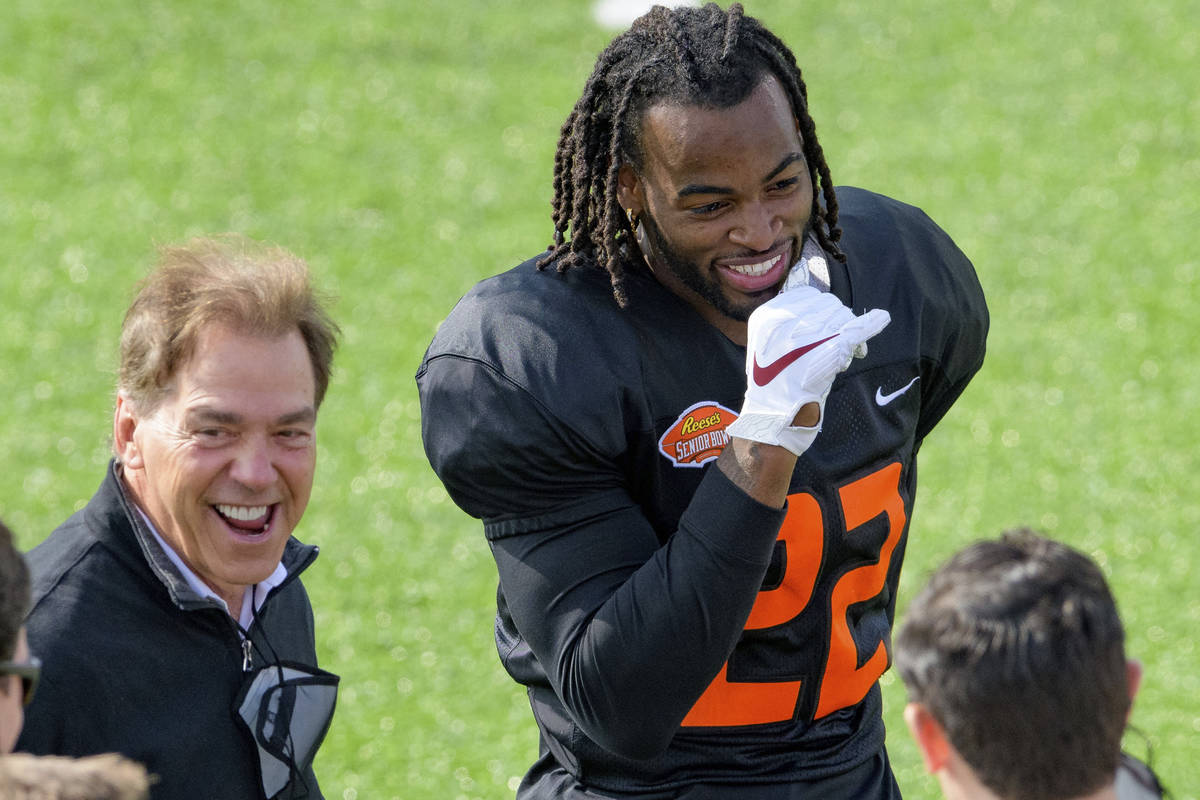 MOBILE, Ala. — With COVID-19 still wreaking havoc across the country, it will be a while before normal routines are re-introduced. That includes the way the NFL conducts its draft assessment process.

Which makes the Senior Bowl this week such a critical opportunity for talent evaluators. That’s true now more than ever with the NFL scouting combine getting canceled and coming off a 2020 season in which the access of scouts to college campuses and practices was essentially nonexistent.

Even with some of the obvious restrictions in place that keep scouts, coaches and general managers from getting on the field during workouts, there is great appreciation for Senior Bowl executive director Jim Nagy and his staff for getting the event up and running.

In fact, this will be the only real mass gathering of prospects during this year’s draft process. With the scouting combine canceled, teams will have to fan across the country attending college pro days to get a look at the remaining draft-eligible players. That includes all the underclassmen not able to attend the Senior Bowl, most of whom would be invited to the scouting combine in past years.

But with that no longer an option, the Raiders and the rest of the NFL will be piling up the air miles taking in as many pro days as possible.

“And from our perspective, we’re happy about that,” Mayock said. “It gets us back out on campus, and most importantly it gets us close to the players to watch them work put.”

Mayock has remained positive about the situation.

“Some people might say that’s a pain and that’s too bad, but what it all really does is make everything regional instead of one central hub in Indy,” Mayock said.

Alabama head coach Nick Saban was in attendance at Wednesday’s Senior Bowl workouts, and rightfully so given how the Crimson Tide has six players on hand. Among them is Heisman Trophy-winning wide receiver DeVonta Smith, although he is only here to interview with NFL teams because of the finger injury he suffered in the national championship game.

Former Wake Forest quarterback Jamie Newman opted out of last season due to COVID-19, but he is making up for lost time in Mobile as one of the early standouts. Newman has shown a big arm, great touch and accuracy in practice and could be re-establishing himself as a first- or second-day draft pick.

Meanwhile, Notre Dame’s Ian Book has impressed with his feel for the game and ability to make various throws. He was particularly sharp on Wednesday. There is chatter he might be more highly regarded in NFL circles than some might suspect.

Book checked in at 6-feet in Mobile. While that is historically short for a quarterback, the recent trend by NFL teams to look less at height and more at production could earn him a spot on an NFL roster as a mid-round draft pick.