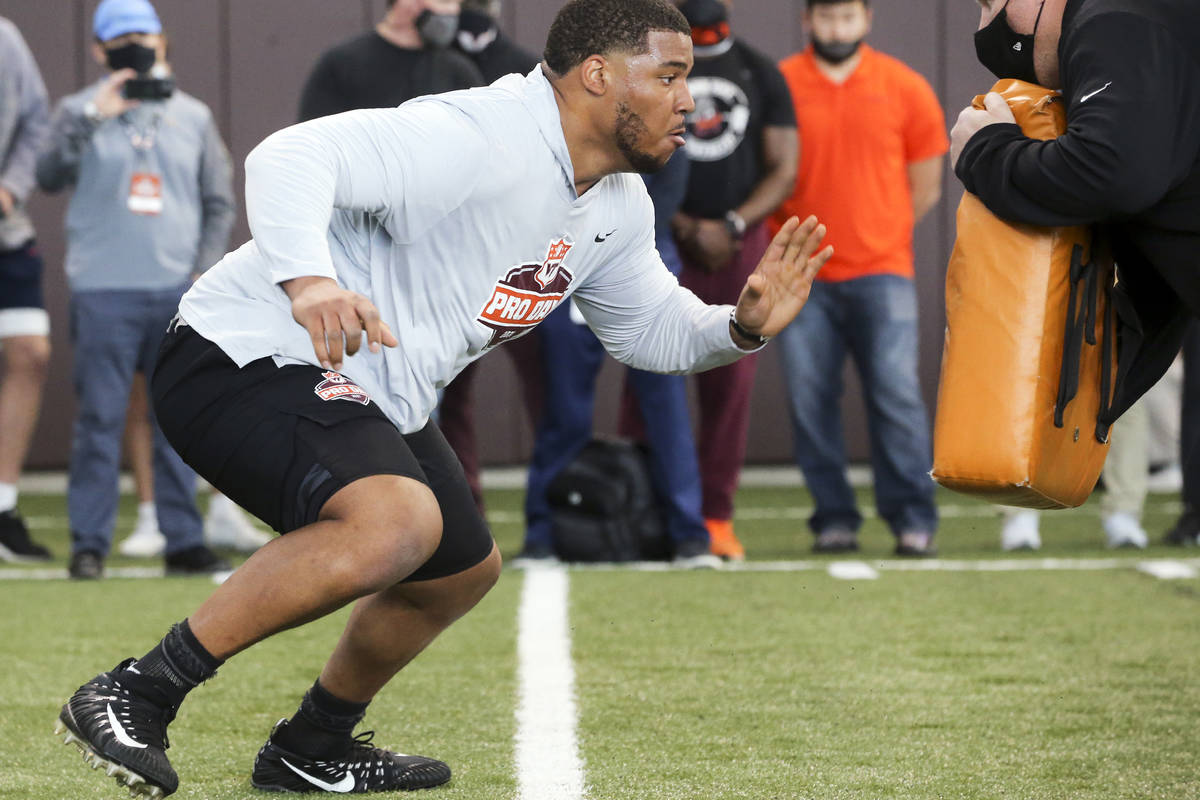 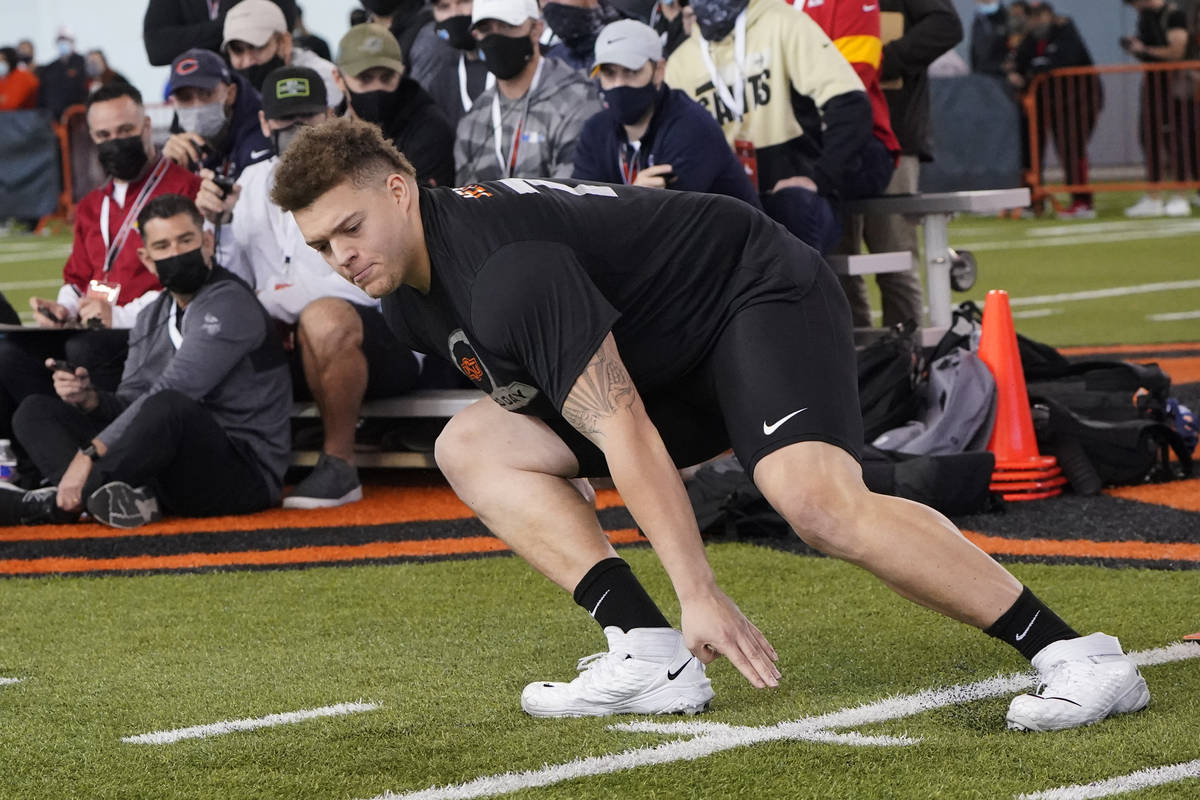 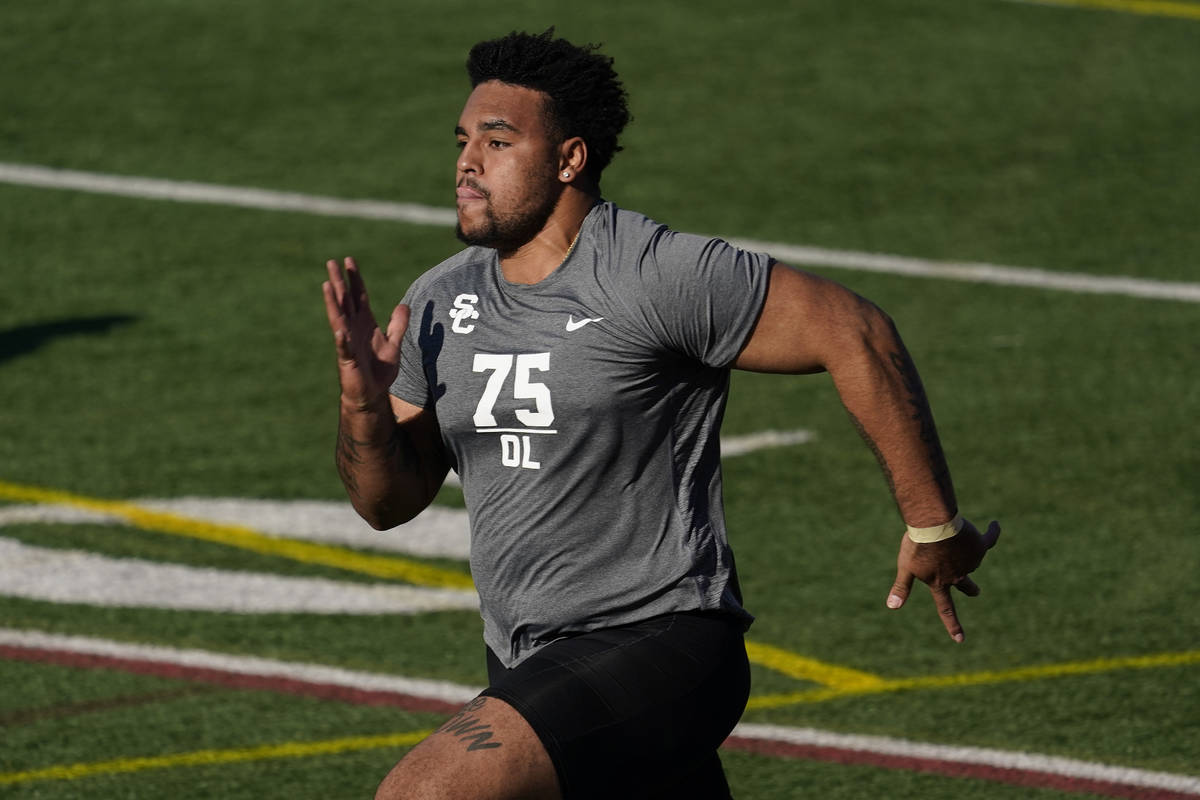 What were expected to be moderate changes to the Raiders’ offensive line this offseason turned into a surprising overhaul. The trades of right tackle Trent Brown, right guard Gabe Jackson and center Rodney Hudson mean left tackle is the only position assured of being manned by the same starter as last season.

As it stands, Kolton Miller will be the anchor at left tackle. Richie Incognito, Denzelle Good and John Simpson will compete for the two guard spots. Andre James and Nick Martin will do the same to replace Hudson at center.

As for right tackle, Good can also play that position, especially if Simpson is ready to take a big step forward in his second season at guard. Or, perhaps tackle Brandon Parker is finally prepared to seize the opportunity to be a full-time starter.

Good or Parker at right tackle seem more like fallback plans to finding a more stable solution in free agency or the draft. And with free agency transitioning into the bargain-aisle shopping phase, it’s looking more likely the Raiders are targeting someone in the draft.

The good news is a deep draft class at tackle offers options in the first three rounds. But the longer the Raiders wait to address the position, the more the odds shrink of finding a capable Day One starter.

With so must resting on the offense maintaining the production it established last season, if not improving on it, it behooves the Raiders to avoid any weak links that could weaken their attack.

The Raiders could simply pull the trigger with their first-round pick — 17th overall — on the best tackle left on the board. At that range, at least one, possibly two or maybe all three of the top options — Virginia Tech’s Christian Darrisaw, Oklahoma State’s Teven Jenkins and USC’s Alijah Vera-Tucker — figure to be available.

The 6-foot-5, 320-pound Darrisaw played exclusively at left tackle in college, showing tremendous footwork and athletic ability for a player his size. He isn’t the street fighter and finisher that Jenkins is, but he efficiently gets the job done in pass protection and is strong enough and athletic enough to push defenders around in run blocking.

While Vera-Tucker profiles more as a guard, his play last year at left tackle is proof he should have no issue being a full-time starter at that spot in the NFL.

One potential glitch, albeit a good one, is if one of the premier defensive players falls to No. 17 and alters the Raiders’ plans.

If, say, Penn State’s Micah Parsons is still on the board, the Raiders might be opt to add a potentially game-changing defensive playmaker.

If so, the Raiders could wait until the second round to add a tackle. At No. 48, the Raiders could be choosing among Notre Dame’s Liam Eichenberg, Texas’ Samuel Cosmi, North Dakota State’s Dillon Radunz or Michigan’s Jalen Mayfield.

Doing so, though, would compromise the Raiders’ ability to address the free safety position at that point in the draft. If they feel the urgency to take a safety at No. 48, the third-round tackle options to keep an eye on are BYU’s Brady Christensen, Stanford’s Walker Little and Northern Iowa’s Spencer Brown.

Given the Raiders’ two picks in the third round, they could also trade back into the first or second round and end up with a defensive playmaker at No. 17 while still addressing tackle and safety between the later part of the first round and the end of the second.

4
Could a Raiders rookie push for time at slot cornerback?