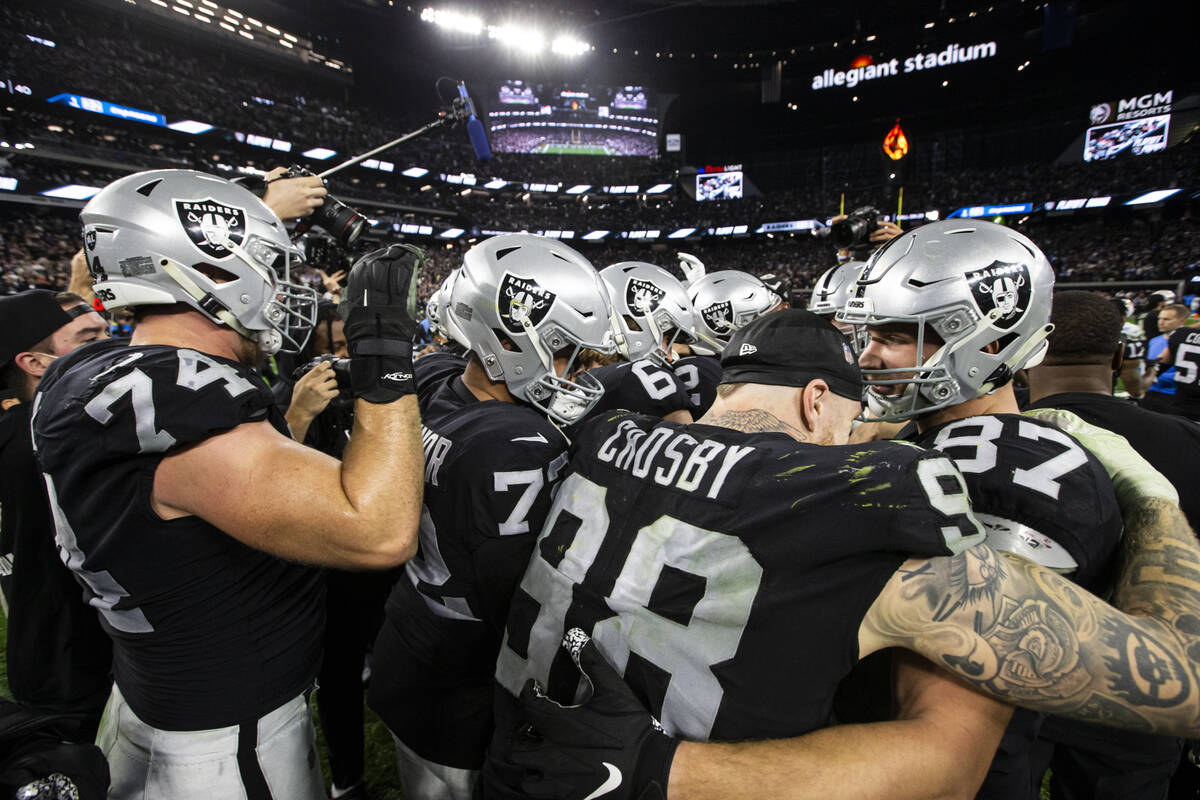 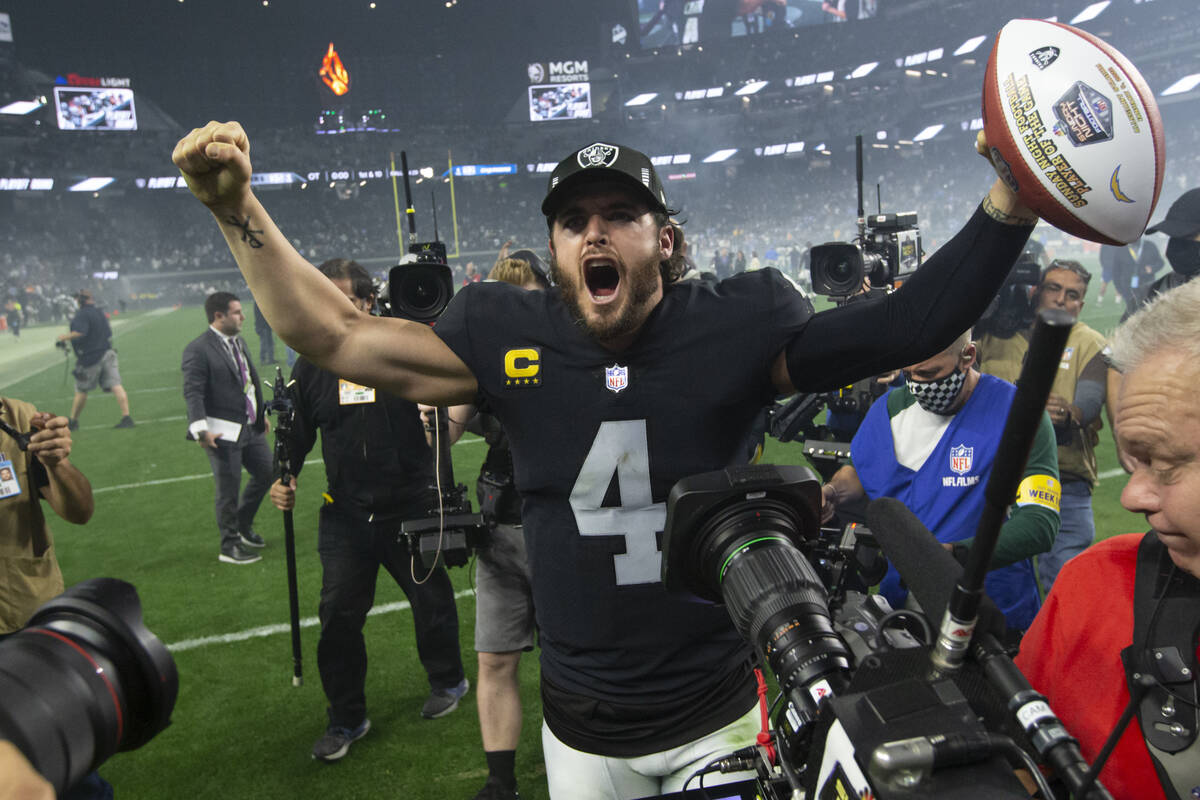 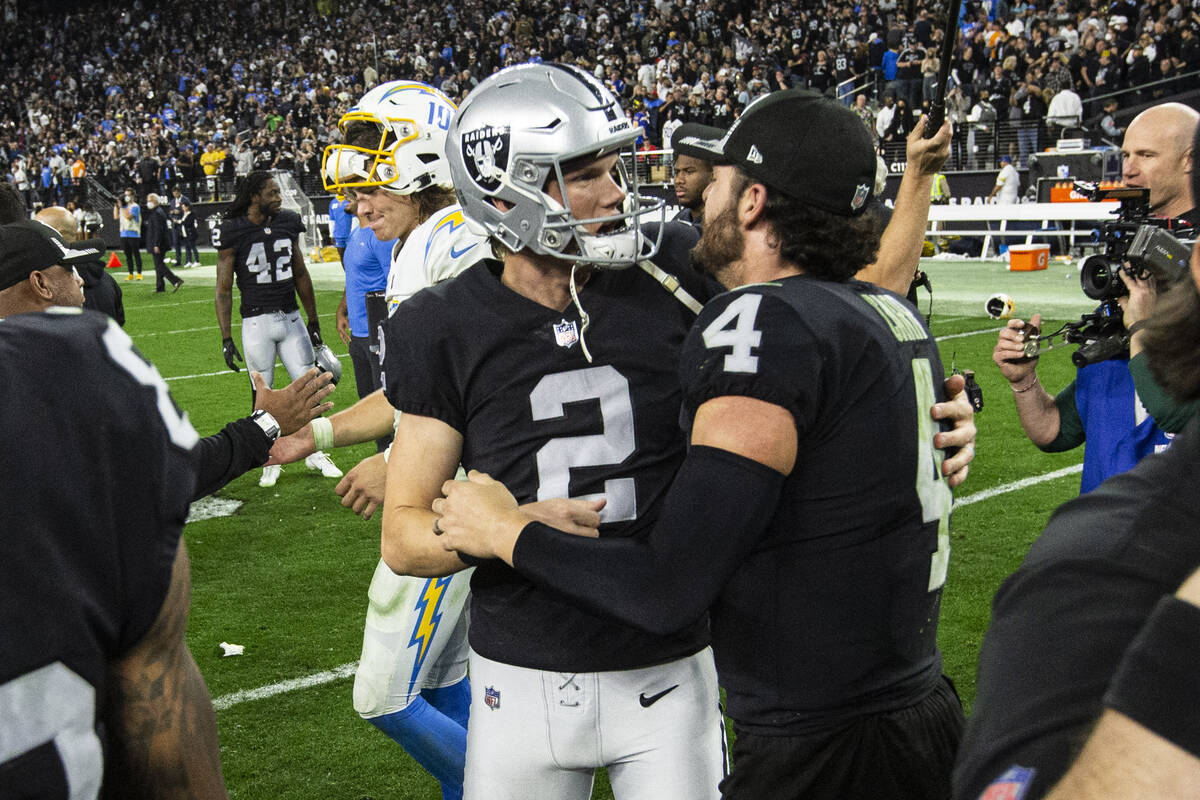 How the Raiders performed in a 35-32 victory against the Chargers:

They didn’t commit a turnover, and that in and of itself warrants a passing grade in a game of this magnitude.

Two touchdowns passes to Hunter Renfrow will suffice for quarterback Derek Carr, who threw for 186 yards to establish a single-season franchise record of 4,804. Josh Jacobs gained 112 of his 132 rushing yards in the second half and added a 1-yard score.

But drives in the first and third quarters stalled in the red zone, and the Raiders went three-and-out on their final possession in regulation when a first down would have all but guaranteed a victory.

Another (barely) passing grade because of the victory, but boy did Gus Bradley’s unit wilt down the stretch — squandering a 15-point lead with 8:29 to play. Los Angeles quarterback Justin Herbert converted six fourth downs during the Chargers’ final three possessions to keep them in the game.

Such a meltdown seemed unfathomable.

The Raiders did stand tall though in overtime on their final defensive possession, forcing incompletions on second and third down to make the Chargers kick a game-tying field goal.

Daniel Carlson was money. Again. The fourth-year kicker made all five of his field-goal tries, including the game-winner in overtime. Punter AJ Cole twice pinned Los Angeles inside its own 20.

Not for Sunday night, but for the season.

Interim coach Rich Bisaccia navigated the Raiders through Jon Gruden’s resignation, Henry Ruggs’ fatal car accident and a myriad of injuries to help the franchise clinch its first playoff berth since 2021. He’s 7-5 as the head honcho and beloved in the locker room — garnering respect with his honest, direct and affable approach.

Plus, he empowered his offense on an early fourth-and-2. And Carr rewarded his faith with a conversion completion to Zay Jones and a scoring pass to Renfrow two plays later for the Raiders’ first touchdown.