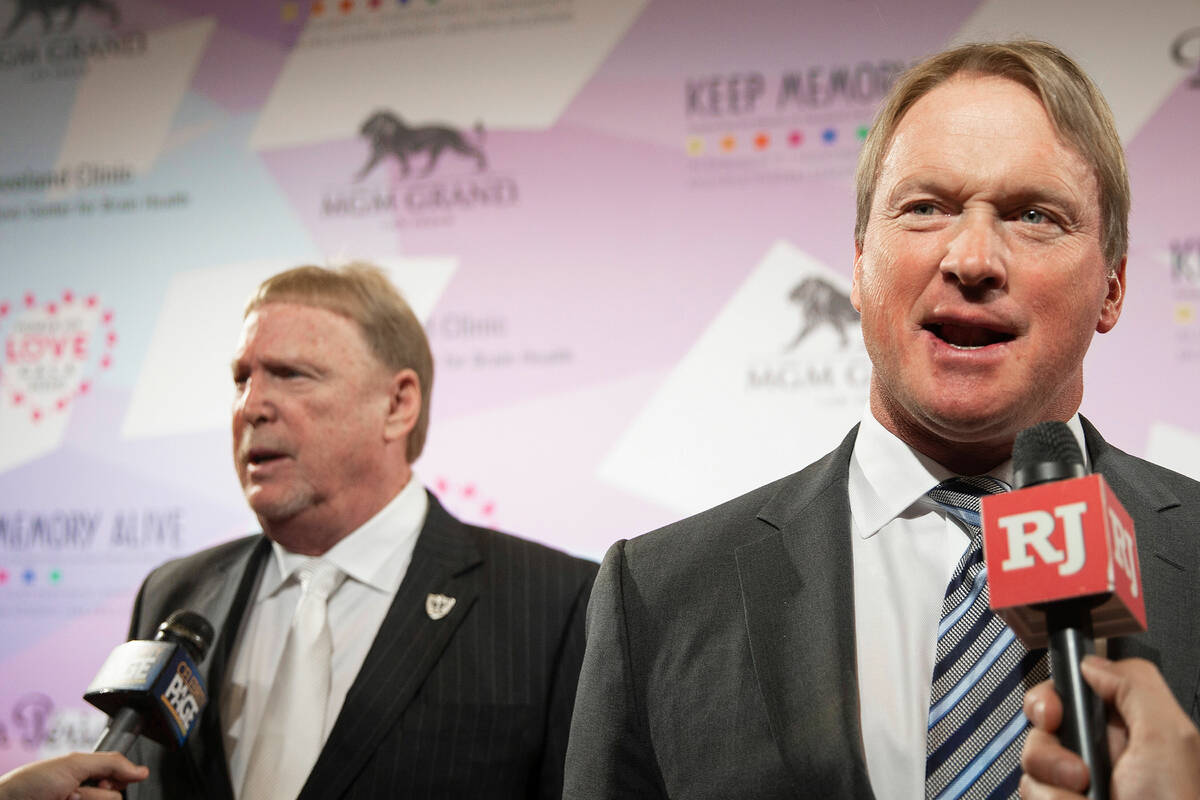 With his resignation Monday as Raiders head coach, Jon Gruden figures to be leaving behind a large chunk of his reported $100 million contract.

How much money is being left on the table with Gruden’s resignation and if a contract settlement was reached as part of his departure neither Gruden nor the Raiders has revealed.

Raiders owner Mark Davis was unavailable for comment on Gruden’s contract situation as he exits the organization.

Gruden signed his deal when he was brought back to the Raiders after being traded to the Tampa Bay Buccaneers in 2002, ending his initial four-year coaching stint with the Silver and Black. Gruden was at the helm of the Bucs for seven years and worked in broadcast media before returning to the Raiders.

At his introductory news conference in 2018 Gruden was questioned about the worth and length of his deal. He laughed it off with a joke.

“I don’t even have a guarantee that I’ll be alive for 10 years, just so people know,” Gruden said at the time of his hiring. “I don’t really know the terms … how long I stay here will be determined by how well we play.”

Gruden’s deal included a no-trade clause, similar to what some players request when signing a new deal.

Whatever is still owed Gruden, at the time of his hiring, Davis said money wasn’t an issue. He was just happy to hire a coach he had courted for six years

“To me, the money really doesn’t come into play here at all. It never really came into our conversations,” Davis said in 2018. “It really wasn’t the number one overriding issue. I’m comfortable with the way the contract is set up.”