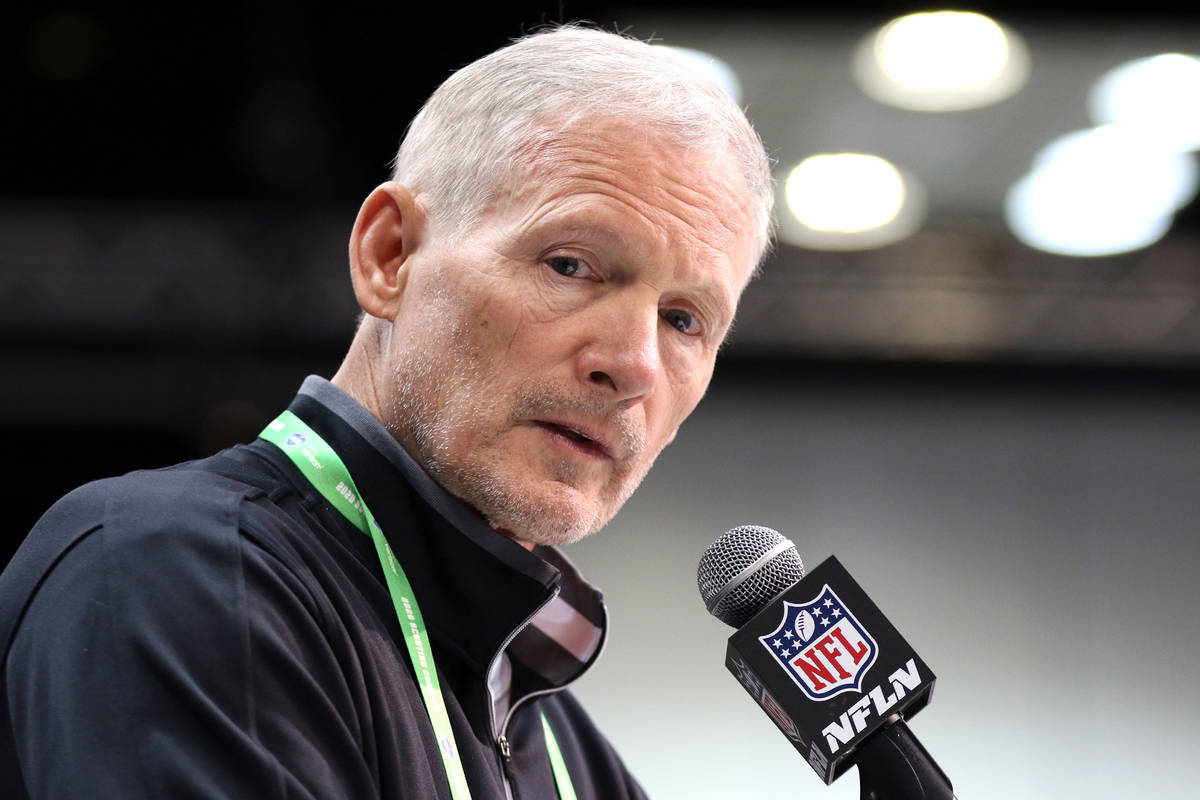 The NFL draft experts’ reviews were mixed on the Raiders’ most recent haul, but there was a common sentiment that they reached for first-round pick Alex Leatherwood, an offensive tackle from Alabama.

Comment: “Two years ago, the organization made the mistake of overvaluing intangible traits and selected Clelin Ferrell with the fourth overall pick. Last year, Las Vegas chose Damon Arnette with the 19th selection due to need. The Raiders are now repeating those mistakes with Leatherwood’s selection. To be fair, Leatherwood is the reigning Outland Trophy winner and has guard and tackle versatility. But Las Vegas painted itself into a corner by deconstructing its offensive line this offseason. It then forced a pick based on need and what appear to be outdated values.”

Comment: “I don’t love this pick. They need line help, but he’s more of a second-round pick in my mind.”

Comment: “Under coach Jon Gruden and general manager Mike Mayock, the Raiders have been tough to predict ahead of the draft. The Clelin Ferrell pick at No. 4 overall two years ago came out of nowhere. They traded 2020 third-round pick Lynn Bowden Jr. before he even played a game. … So they surprised me again on Thursday, taking Alex Leatherwood (17) a full round ahead of where I had graded him. … Trevon Moehrig (43) should start over Jeff Heath at free safety. He’s a ballhawk. I’m really high on the upside of edge rusher Malcolm Koonce (79), though he’ll need to put on some weight to play defensive end in the Raiders’ 4-3. … Mayock and Gruden took two more safeties — Divine Deablo (80) and Tyree Gillespie (143) — and both were reaches on my board, but it’s clear they’re trying to upgrade what was a porous secondary a year ago.”

Comment: “I graded Leatherwood as a late first-round pick, so the Raiders’ selection of him with the 17th overall choice was a bit surprising but not a shock. … Trading up for Moehrig will prove to be a good move if his back-injury situation does not develop into a future issue, and Koonce and Deablo (likely moving to linebacker) will meet front-seven needs in 2021 and beyond. The Raiders made sure to get depth at safety by giving up multiple late-round picks to secure Gillespie, a worthy fourth-round selection, although the cost was forgoing a sixth-round pick and a chance to improve other parts of the roster. Las Vegas found a good athlete and a competitive cornerback in Hobbs in the fifth. The team picked up an intelligent and mobile center in (Jimmy) Morrissey despite signing Nick Martin and showing great confidence in Andre James.”

Comment: “Leatherwood brings positional versatility, with the blocking chops to man either tackle or guard spot, but I don’t love the value for Las Vegas. I thought Leatherwood, who is my 42nd-ranked player, had a chance of sneaking into the end of the first round, but didn’t expect that he’d go quite this high. For GM Mike Mayock and head coach Jon Gruden, this pick is another in a long line of perceived reaches.”

Comment: “Leatherwood was a big-time (reach) vs. edge or outside linebacker help. Moehrig was an awesome pick, but then the Raiders went inexplicably safety-happy, with a overrated linebacker in between. Despite interior offensive line and defensive tackle being glaring needs, only their final pick addressed either position. In relation to the Chargers, Chiefs and Broncos faring so well in this draft from the AFC West, this was an awful overall haul before hosting the event in 2022.”

Comment: “Yes, they’ve drafted some good players, but the Raiders have had some very high-profile whiffs with their stockpile of first-round equity. Until this roster begins to resemble the swaggering youth movement that Gruden envisioned when he dealt some of the franchise’s best players, they will be ripe for criticism. On a bright note, Trevon Moehrig falling enough to get into trading distance was a boon.”

Comment: “… Leatherwood was my 10th offensive tackle in this class, so that’s how I feel about that. But then, the Raiders managed to absolutely steal TCU safety Trevon Moehrig, my top-ranked safety, with the 43rd overall pick. … Koonce is an appropriate third-round pick as a result. New defensive coordinator Gus Bradley might see the second coming of Kam Chancellor in third-round safety Divine Deablo, who hits like a linebacker and covers like a … well, linebacker. As has been the case through the Gruden/Mayock era, there’s the Raiders’ concept of positional value, and there’s everybody else’s.”

Comment: “The Raiders’ secondary got torched too often last season, so it wasn’t surprising that Las Vegas aggressively worked to address it. Jon Gruden’s team selected three safeties and a cornerback in its first five picks. The Raiders added much-needed speed and coverage skills to their secondary.”